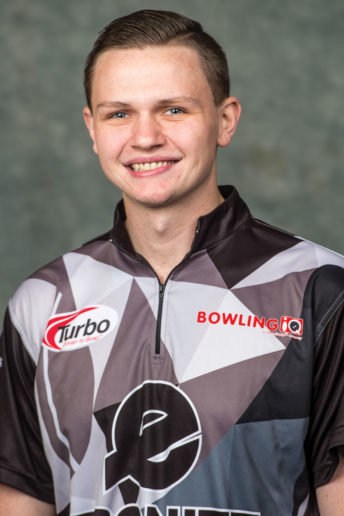 All Andrew Anderson could do was sit down, rest his chin on his fist and watch.

The Holly native, in his second year on the PBA Tour, was dueling with Alex Hoskins in the United States Bowling Congress Masters Tournament title match on April 15, in Syracuse, New York. They were the only two left standing from an original field of 360 bowlers. The 23-year-old Anderson had seemingly taken control with strikes in frames four, seven and nine. In the tenth and final frame, however, he was forced to settle for a pair of spares after twice leaving the four pin upright. That meant Hoskins could wrest the title from Anderson, but only by throwing three straight strikes. Hoskins delivered one strike, but not another, leaving the 3, 6 and 10 pins standing on his next shot, allowing Anderson to hoist his first PBA title trophy with a 213-199 victory.

Overcome by the moment, Anderson put his face in his hands and then briefly rubbed his head before jumping up, embracing a well-wisher, hugging Hoskins and picking up the tournament trophy. He yelled while shaking the hardware above his head after fulfilling a dream he had harbored since grade school. “Come on Syracuse!” he shouted before becoming misty-eyed with emotion and crouching down to smile directly into a television camera. Within minutes, he was clutching an oversized, $30,000 check and being interviewed by ESPN.

“Breaking through and becoming a winner on the PBA Tour was a special and surreal moment,” Anderson says. “I had won some pretty close matches to get to the final. I told myself that if I got that far, I wasn’t leaving without the trophy.” 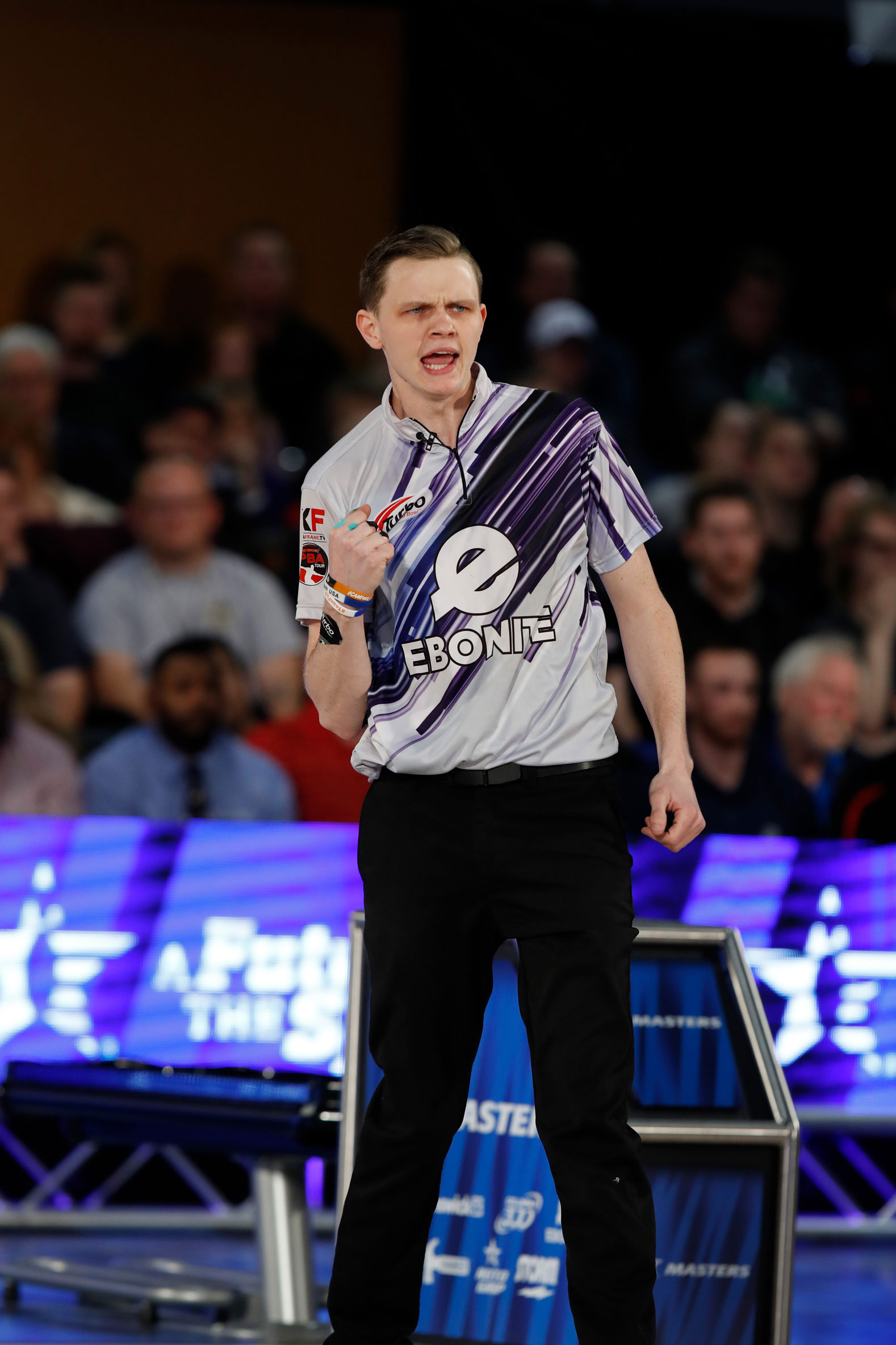 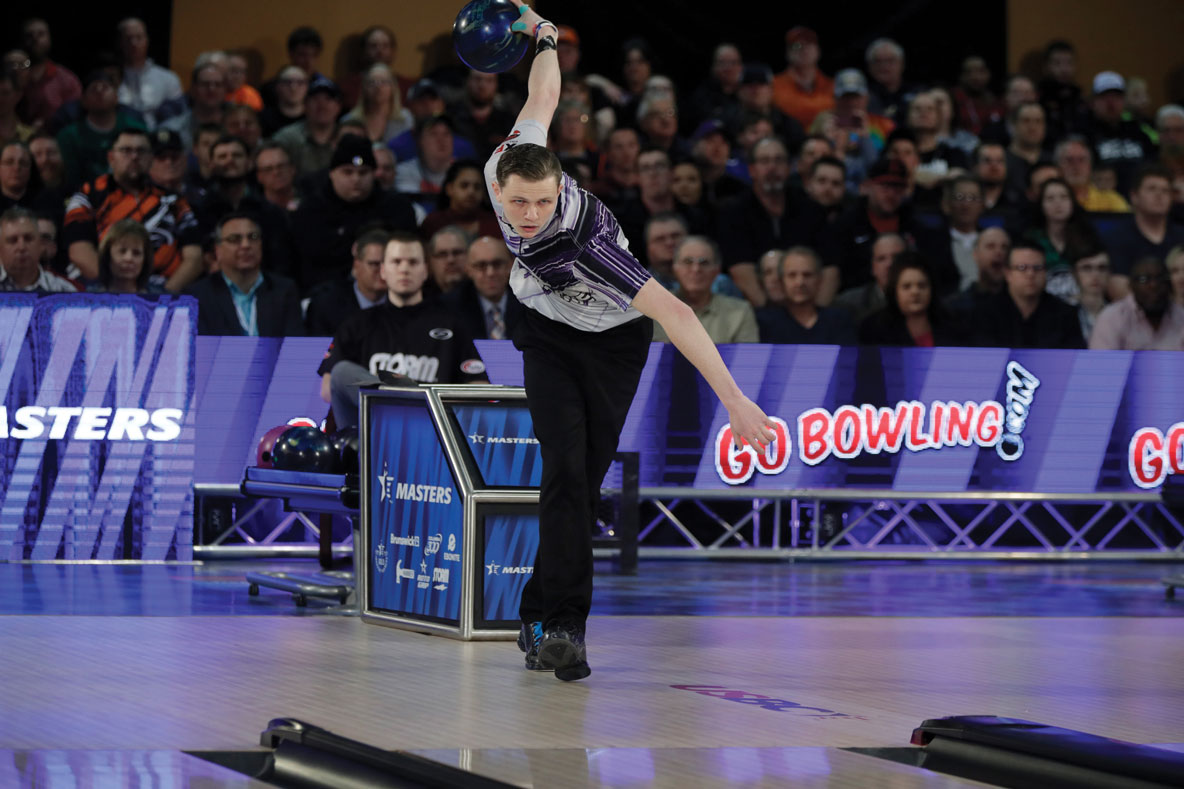 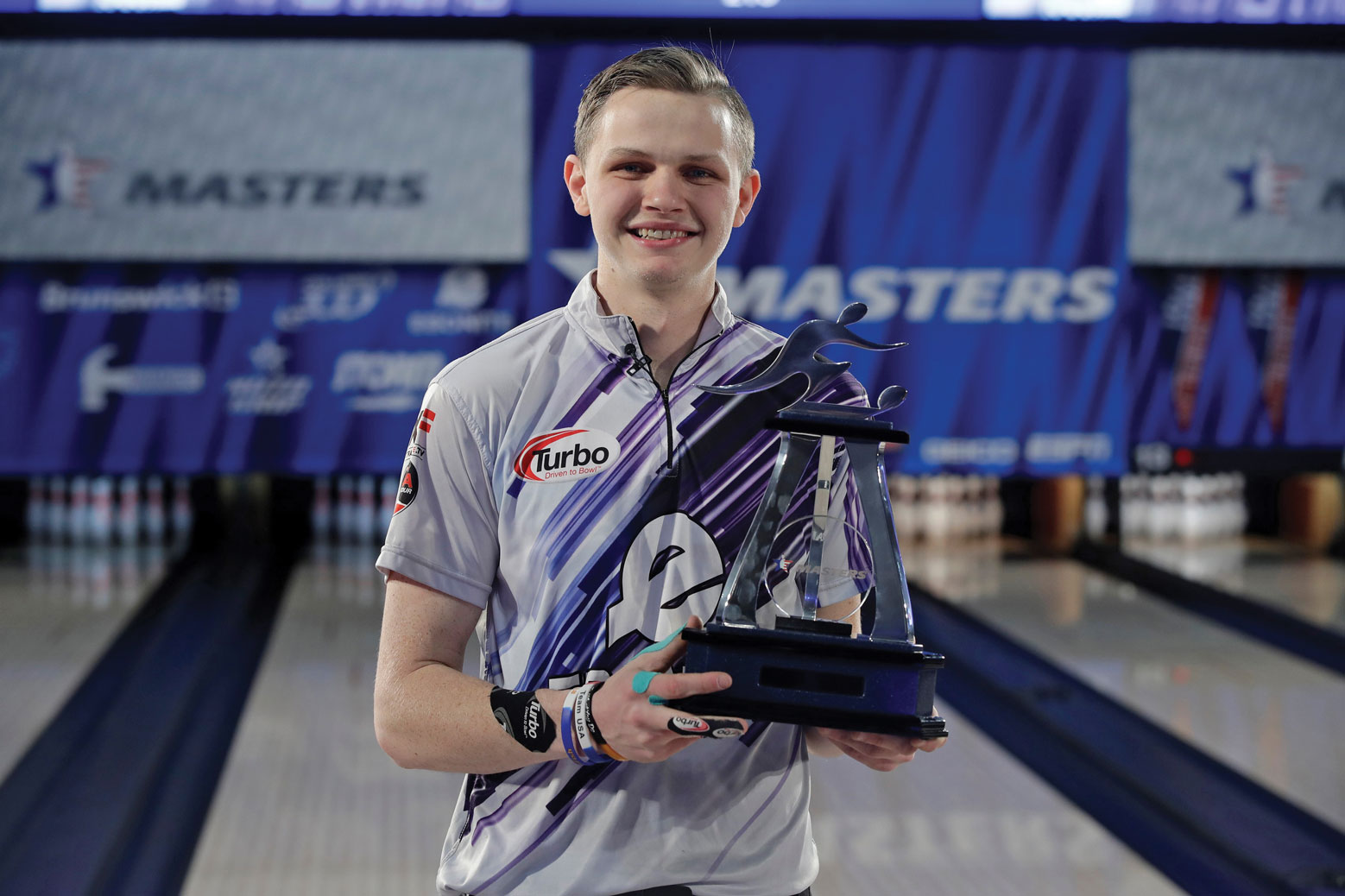 Watching back in his hometown was an elated, but not surprised, Holly High School bowling coach Fred Walz, who recognized Anderson’s potential to reach the sport’s highest level well before he even began high school. “Andrew was about ten when I first saw him bowl and you could tell he had something special if he wanted to put in the work to develop his talent,” Walz says. “Andrew just has tremendous natural ability and the passion for the sport. I could not be prouder of him as a bowler and human being.”

Anderson barely had time to bask in the euphoria of his PBA win – his loaded schedule wouldn’t allow it. He had to be in Portland, Maine, the next day for another tournament and inclement weather had forced cancellation of flights from Syracuse. So, Anderson, PBA CEO and Commissioner Tom Clark, fellow bowler Chris Barnes, PBA Vice President of Marketing Janay Haggerty and PBA Social Media Manager, Kim Richter, went to Plan B and rented a minivan for the 411-mile drive. Only after they had entered Maine did Anderson notice that his cell phone was inundated with congratulatory messages. “I was so consumed with trying to get to Portland on time, and when I finally had a chance to check my phone, it had blown up with messages from people who were really excited for me,” he says. “They were sending me video of the winning moment. It was crazy and I tried to enjoy it, but there was another tournament ahead.”

That is a small sample of what kind of year it’s been for Anderson – the PBA Tour’s breakout star of 2018. In February, he made his first TV appearance when he placed third at the PBA Tournament of Champions in Fairlawn, Ohio. He won his second tournament just six weeks after winning his first, capturing the Greater Jonesboro (Arkansas) Open on June 1. Overall, he placed in the top 10 in ten of 19 tournaments. That uncanny consistency allowed him to finish atop the PBA Tour’s season points list, with 24,195 – more than 3,200 points better than second place. 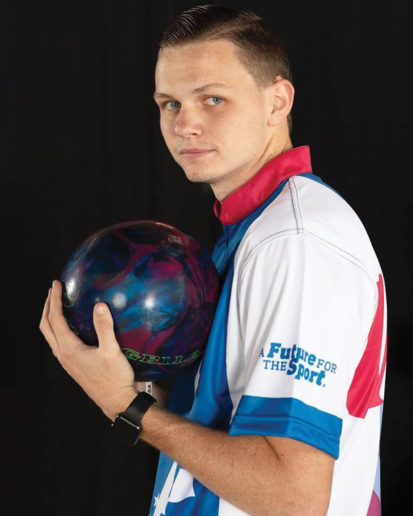 “It’s been quite a ride – a lot of dreams
coming true and goals being met.”
Andrew Anderson

He was also fourth in earnings ($100,870), won money in 16 tournaments (only two bowlers won cash in more events) and posted the PBA’s ninth-highest average (219.25). While that’s a noteworthy list of accomplishments, there are others that average bowlers probably appreciate more. Many spend a lifetime chasing the goals of bowling a 300 game and 800 series. Anderson has already rolled 56 300 games and 29 series of at least 800.

All of which culminated in Anderson being named PBA Player of the Year on November 20.

“It’s been quite a ride – a lot of dreams coming true and goals being met,” he said early last month during a brief visit to Holly. “Maybe in December, when I can finally rest, I’ll have better words to describe it.” 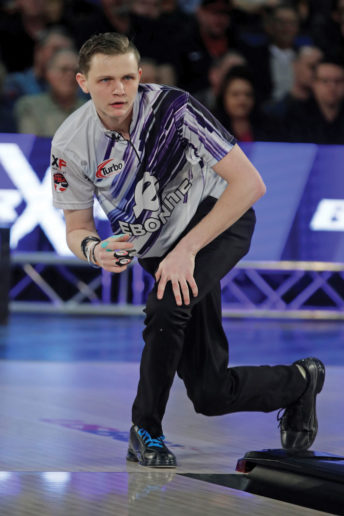 After enduring some growing pains during last year’s rookie season, “vastly improved” are two words he can use to describe 2018. He reached the Top 10 in just three tournaments in 2017, never finishing higher than third. He only made one championship round appearance, one match play appearance, finished 58th on the earnings list ($21,435) and 111th in scoring average (213.27). “I’ve learned more about what works on the PBA Tour and gotten used to the equipment,” he says. “I developed a good mix of skills when it comes to bowling.”

It goes without saying that Anderson was ecstatic to realize his lifelong dream of becoming a full-time PBA Tour player last year, but he admitted to being somewhat awestruck. “Last year, I was kind of stargazing while playing in the same tournaments with bowlers I had grown up watching,” he explains. “I had to learn about life on the PBA Tour and certainly did not have the kind of season I wanted to, but my early success this year gave me the confidence that I could beat some of these guys.” Just as he had at the USBC Masters, Anderson defeated several bowlers he looks up to at the Greater Jonesboro Open. He rolled past Tom Daugherty in the title match, 264-224, recording strikes on nine of the first 11 balls he threw.

While the final was a breeze, Anderson started the tournament slowly. He barely advanced from qualifying and squeaked into match play in the 16th position. At that point, however, he shook off the nerves and rocketed from 16th to first place to become the top seed. “I started bowling much better in the first three games of match play and gained some confidence,” he recalls. “I expected a low-scoring final, but was able to take control with so many strikes on lane conditions that were challenging, at times.” 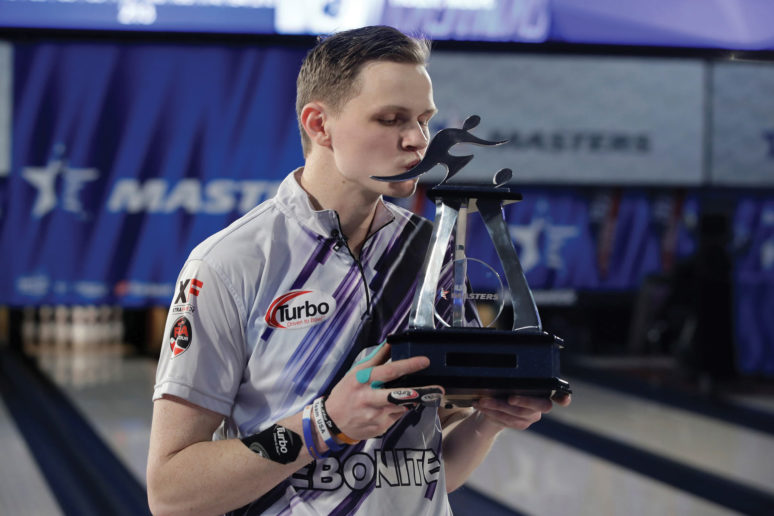 In addition to 19 PBA events, Anderson’s year has also included a tournament in Sweden, as well as traveling to Japan twice, and to South Korea and Thailand once in connection with his work on behalf of the bowling equipment manufacturers who sponsor him, Ebonite and Turbo Grip. He also made an appearance with other pro bowlers on the Fox News Channel’s “Fox & Friends” to promote National Bowling Day. “The best way to describe it is hectic,” he says. “It was my goal to make bowling a full-time thing, but you don’t realize how crazy it is going to be.”

Anderson got his start in the sport when he was about three years old, thanks to a bowling-crazy family. “Mom, dad and my siblings, we all bowled and always wished one of us would break out and go far in the sport,” he says. “So many people kept telling me that I had the potential and finally, I was like, ‘okay, let’s do this and see what happens.’” 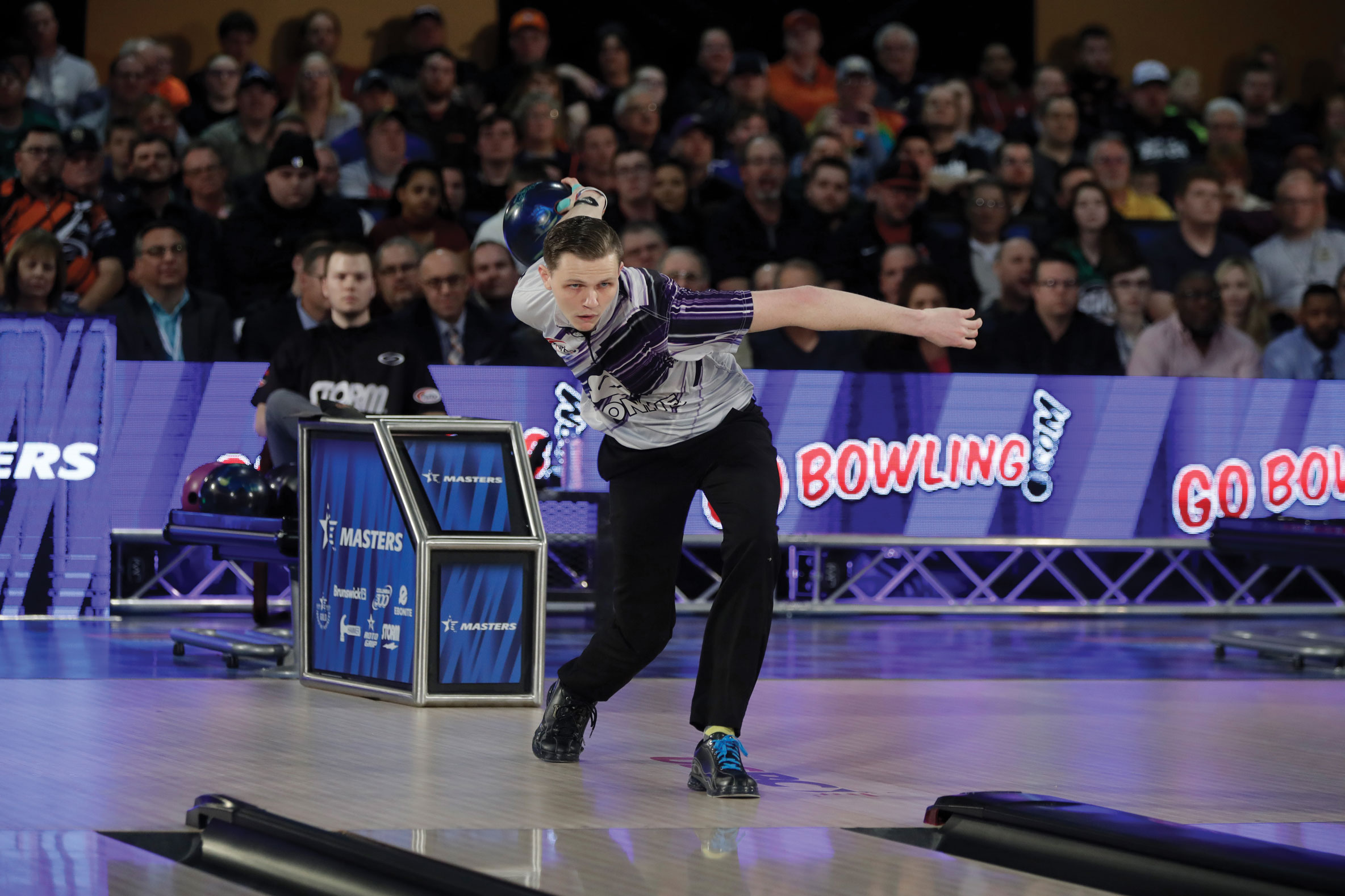 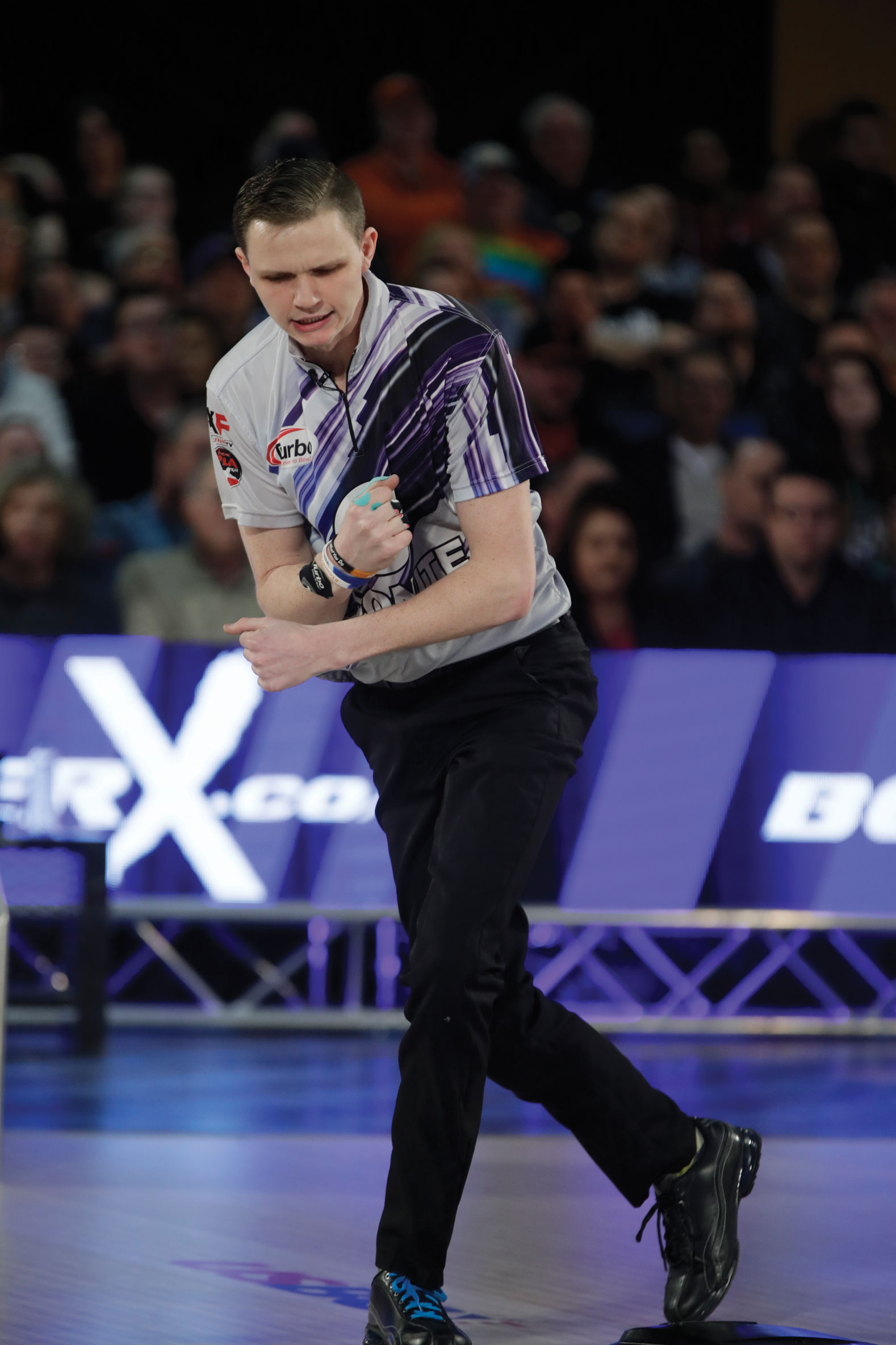 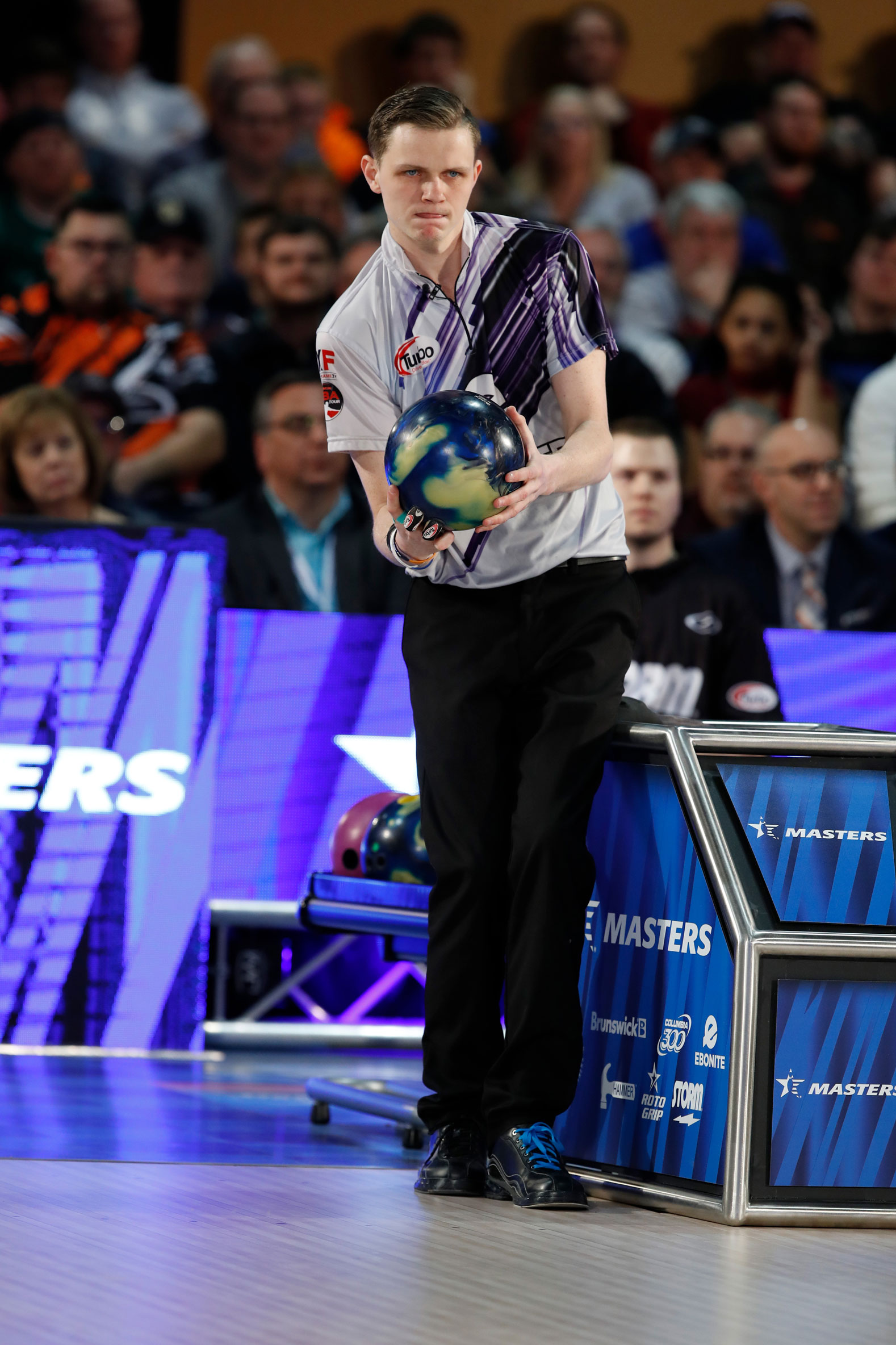 What happened was a storied youth bowling career which included several major tournament wins, two World Junior Championships appearances, a state championship and Michigan’s Mr. Bowling Award during his senior year at Holly. He honed his craft at Flint-area venues like Holly Lanes, Galaxy Lanes in Grand Blanc, and B’s Bowling Center in Burton. “There is a long list of people to thank who helped put me where I am now, like Fred Walz, Denise Haggerty at B’s and Kevin Dyer and Nevelle Kirby at Galaxy,” he says.

After high school, Anderson signed with Davenport University and became a first-team All-American and the NAIA Rookie Bowler of the Year. He transferred to Webber International University in Babson Park, Florida for his sophomore year and was named MVP of the NAIA Invitational. He then moved back to Michigan, began taking elementary education classes from Oakland University and competed in regional PBA Tour events. Success in those tournaments quickly led to Anderson qualifying for the national PBA Tour. He was scheduled to conclude 2018 by representing Team USA in the World Bowling Championships in Hong Kong November 24-December 5.

“I saw Andrew at Holly Lanes when he was back home (November 1) and introduced him to a sophomore who bowls for me,” Fred Walz says. “The look on that kid’s face when he met Andrew – someone from his school he has watched on TV – was priceless.”

Photos Provided by Ebonite Int. and the USBC.

“It’s been quite a ride – a lot of dreams coming true and goals being met.”
Andrew Anderson