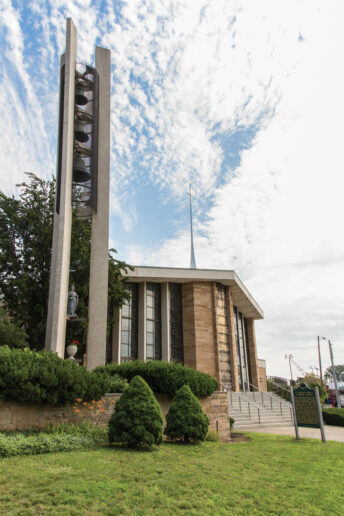 It was a sad occasion for the city of Flint. St. Michael Catholic Church, Genesee County’s oldest Catholic church, permanently closed its doors in December 2020. “It was such a significant church,” says Father Tom Firestone, who has been Pastor of the City (St. Michael’s, St. Matthew’s and St. John Vianney churches) since 2015. “I’m sad. I tried so hard to keep it open. It was the Mother Church of the region dating back to 1843. It was the only Catholic parish in the city of Flint for 67 years.”

According to Fr. Firestone, the church had struggled financially for some time and the number of parishioners had dwindled. “The pandemic pushed us over the edge,” he says. The church had not reopened its doors since March 2020, when the governor ordered a state shutdown. Those who attended St. Michael’s can still worship at two parishes in the area – St Matthew’s in Downtown Flint and St. John Vianney on the city’s west side. 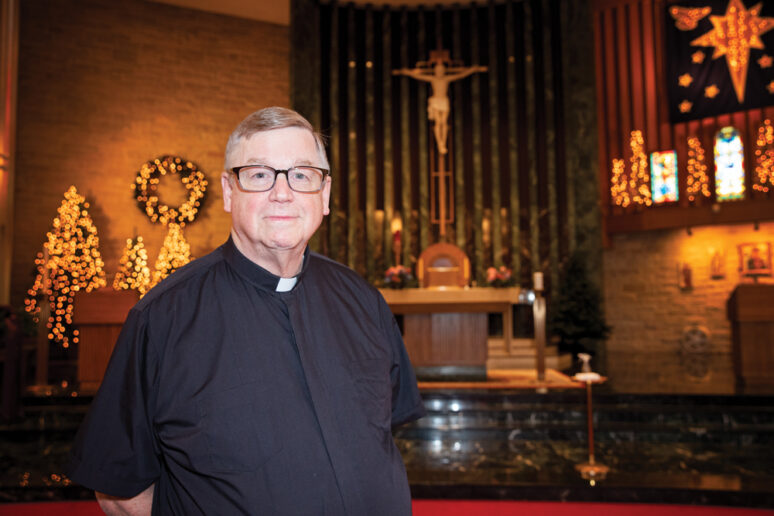 On a happier note, the building has been turned over to Catholic Charities and they are hopeful that they can pull it all together to make the necessary repairs, Fr. Firestone reports. “We don’t want to lose it. It is still a Catholic church,” he says.”My main concern is that the side chapel remains open. It’s been the light of the community. We are not going to leave this city.”

An official closing of the building is tentatively planned for the spring and will be attended by Bishop Earl Boyea of Lansing. 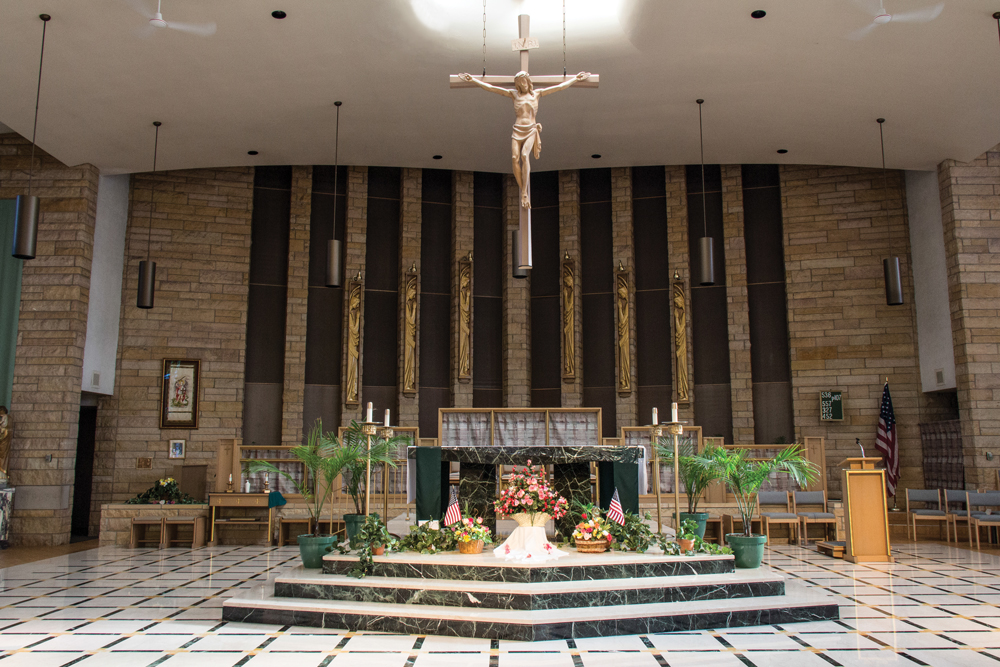 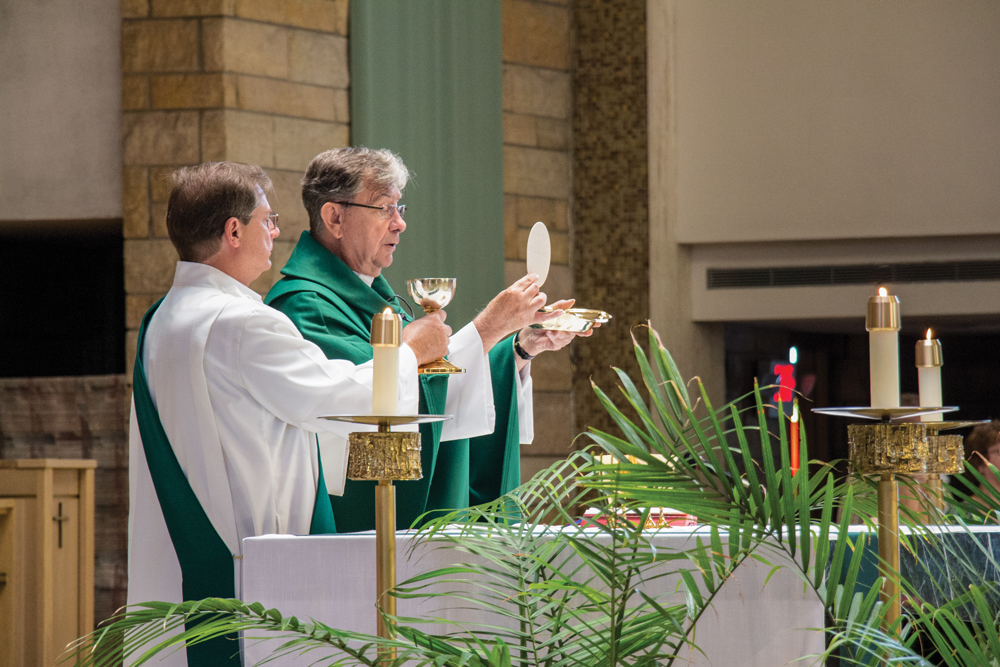 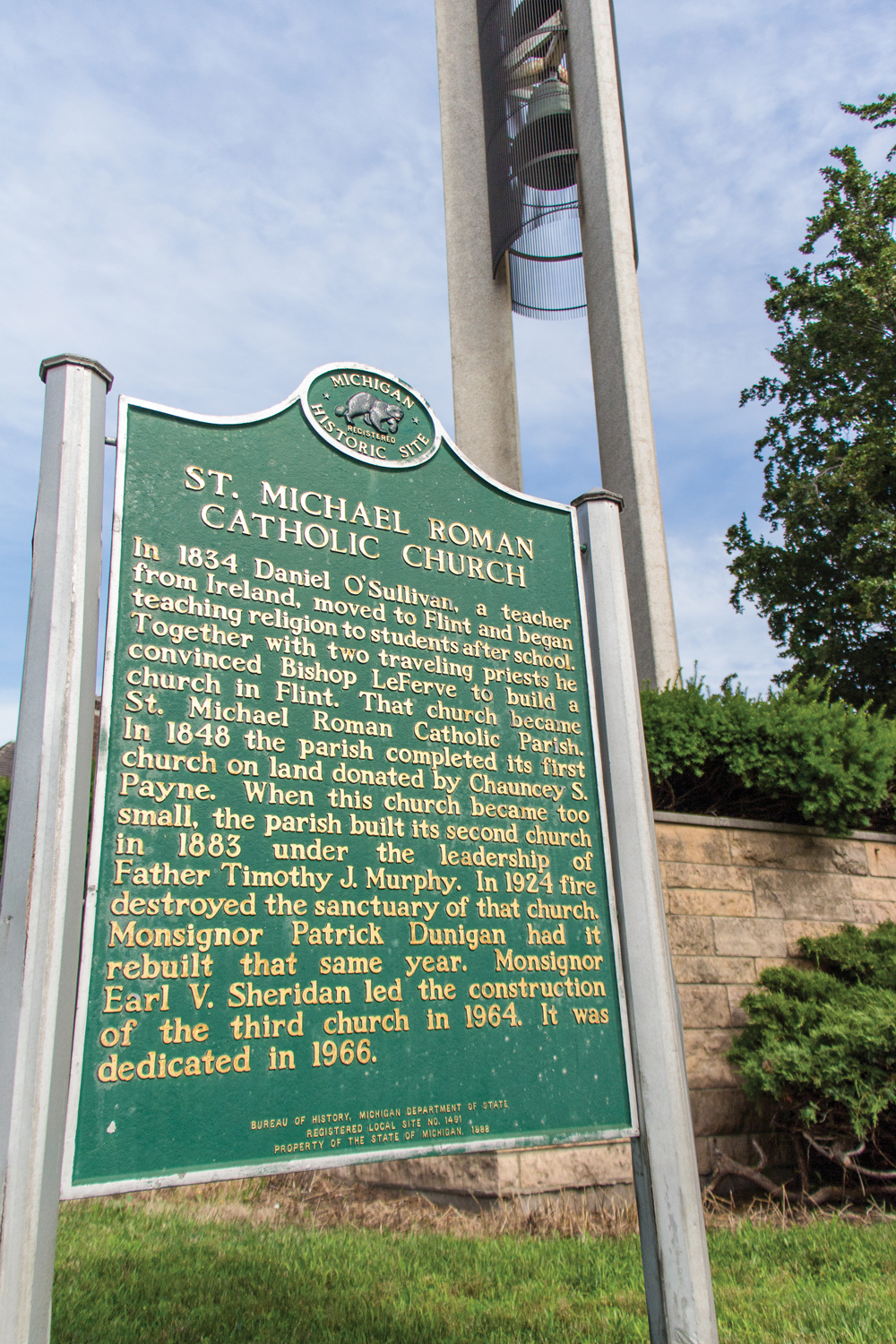 MCM readers shared their thoughts and memories of St. Mike’s.

“I attended St. Michael elementary school. We were parishioners of All Saints, but I made my first communion in the old St. Mike’s and was confirmed in the new church. So many memories of weddings, St. Patrick’s Day, Msgr. Sheridan, etc. It is difficult to list them all!”
Helena Seidel Kurowski

“Very sad to hear that St. Michael’s is closing. Been there a few times while working at Catholic Charities. Sad to see this church close.”
Lori Kubiak Roe

“My grandparents were married there in May 1919.”
Patti Odette Altoff

“It is with a heavy heart I learned they will be closing St. Michael Catholic Church by the end of this year. It is the church I was married in and the parish where my three children were baptized and made their first communions. It is iconic and rich in history. My heart aches for those who still attended there. When I attended that church, it was such a rich community – like being in the United Nations, with people from all backgrounds, ethnicities and cultures.”
Margaret Fox

“My mom graduated from St. Michael’s in 1950.”
Jean Fredell Tayler

“My parents were married at St. Michael’s in 1969.”
Molly Margaret

“Went to school there. I was an altar boy, worked in the rectory and helped serve doughnuts on Sundays after mass. Mowed the lawn for church and school in the summers and also worked bingo! I also had a part in the drawing of the St. Michael statue. I was baptized and married there. I know the church is made up of many amazing and wonderful people and I was very lucky to meet many of them. There will be a special place in my heart for this place forever!”
Tom Amundson

“I remember George Kidd and I attending St. Patrick’s Day Mass at 11:59 and seeing Ms. Hibernian and Family of the Year.”
Beth Brancheau

“So many memories there – vacation bible school, helping with funeral luncheons, Saturday mass at 4pm and then taking my aunts across the street to bingo, weddings, ice cream socials and so much more. I always was mesmerized by the altar as a child. The choir was behind the gold angel wall. I thought it was what heaven would be like. I’m just so sad that it’s closing. A sad sign of the times. Lord have mercy on us.”
Maryann Ovadek Corcoran

“I remember Christmas Eve/Christmas midnight mass – back when the choir would file into the dark church holding candles and chanting. The choir would send chills down your spine, the mass was so beautiful.”
Jeanette Marie

“My high school graduation was there. Sorry to see it go.”
Martha Laydee

“I did not go to church there but I am very sad to see it close!”
Becky Williams

“My mother attended and graduated from the school and was part of the music liturgy over the years. She would play the organ as a teenager. My parents married in the old church on Thanksgiving Day and I was baptized at the old church and confirmed in the new one. I also married there on a Thanksgiving weekend in the 80s.”
Mary Vercellio

“I went to kindergarten at St. Michael’s School.”
Bethany Dawes

“Sad to hear this. What a huge part of my family it was in the 80s and 90s. All four of us kids sang at midnight masses, and two of us were altar servers. There were so many Lent soup dinners and Saturday Community Breakfasts. That Parish led my dad to his vocation as a deacon and shaped us kids in compassion, outreach and sense of community.”
Joe Sirl 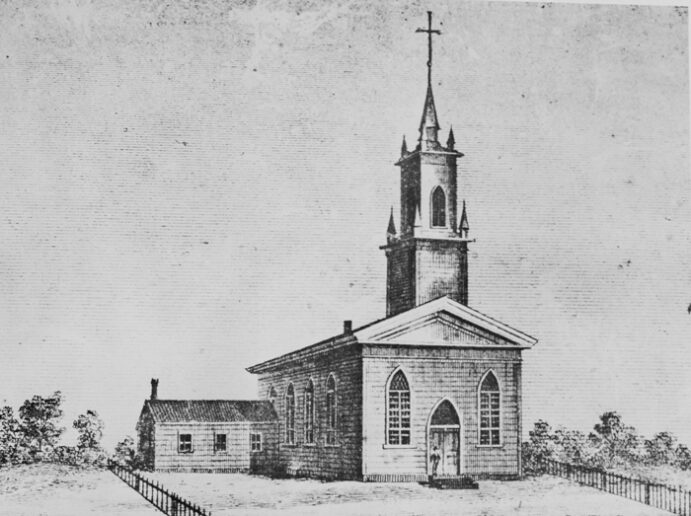 History of the Church

St. Michael dates back to the early 19th century, when five Irish Catholic families began holding prayer services in Flint in 1834, and requested a priest from the bishop in Detroit to preside over them. In 1843, a priest came to establish St. Michael Roman Catholic Church at what is now the corner of Fifth Avenue and S. Saginaw Street. Still known as “the Irish Church,” St. Michael attracted more people on St. Patrick’s Day than on Christmas, and at the suggestion of a parishioner, mass begins at 12:02 pm, because the Irish are always late.

It was the Mother Church for Genesee County and for 25 years, the only Catholic Church serving the area. Over the years, three churches have been built at the same site to meet the needs of the parish as it grew. The first was built in 1844 and served the community for nearly 40 years. By 1880, Flint had grown to the extent that the first church was inadequate in size, and so the second was built. Constructed of red brick, the imposing edifice served the parish for 81 years until the building currently used by St. Michael Church was built in 1966. The nearby convent, built for the Servants of the Immaculate Heart of Mary, now houses Catholic Charities, a non-profit organization dedicated to serving the needy.

“It was the Mother Church of the region dating back to 1843. It was the only Catholic parish in the city of Flint for 67 years.”