For many years, racing soap box derby cars was a popular pastime for kids in Flint and all over the country. In Flint, kids raced soap box derby cars from 1936 until 2006 and competed at various tracks around the city, including the Cronin Downs Race Track (named after former Mayor Donald R. Cronin) behind Southwestern High School, and the Cadillac Hill track, which was located near Durant-Tuuri-Mott Elementary School. There was no racing from 1942-45 during World War II. Back in the day, gravity-powered soap box derby cars were considered exciting technology. Girls became eligible to race in 1971.

Tom Cole, a former president of the Flint-Genesee County Soap Box Derby Association, said he remembers when the derby track was on Cadillac and Third Streets. Back in The Depression, kids didn’t have much to look forward to, but “the races were something,” Cole said. It was reported that building the car from a kit was time- and labor-intensive. And, the difference between a winner and loser hinged on two factors – craftsmanship and driving ability. 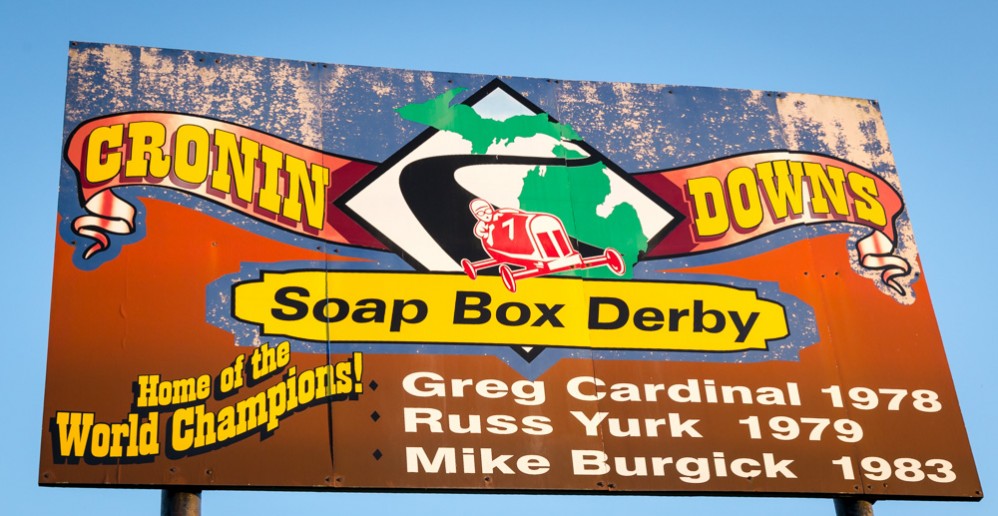 Greg Cardinal, who captured the All American Soap Box Derby Masters championship in 1978, gave this advice when building and driving a derby car: “Be careful to keep everything in alignment – all the nuts, bolts, screws, everything should be as precise as can be.” Cardinal added, “You don’t want to fight the car. Let it flow down the track, and don’t over-drive it.”

In 1988, Dennis Smith, who was the Derby’s chief inspector that year, said that building a competitive car for the soap box derby is quite an undertaking. He had constructed 14 cars for four of his children over the years, including one he built for his daughter, Angela, who was racing for the first time that year. There were very stringent guidelines as to how official soap box derby cars were built. The kit sold for $70 at that time, and included axles, braking and steering mechanisms and all the necessary cables, nuts, bolts and screws, as well as a detailed blueprint showing how to assemble the car. Wheels were not included. 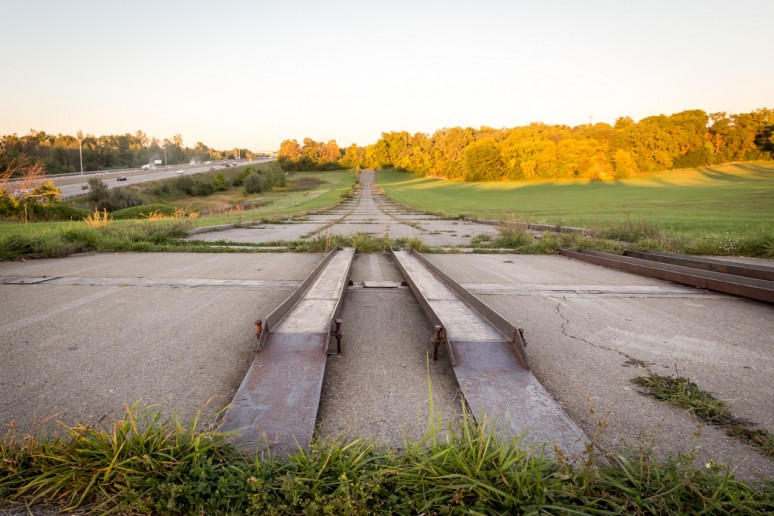 Many of the cars took months to build. Most builders agreed that an average car could be built in 35 to 40 hours at a cost of about $200 to $300; but it wasn’t uncommon for some to spend months building the car, investing as much as $1,000. The cars became more sophisticated over the years. Flint Soap Box Derby winners had a chance to compete in the All American Soapbox Derby Races in Akron, OH. Powered only by gravity, the derby cars were known to reach speeds of 30mph. 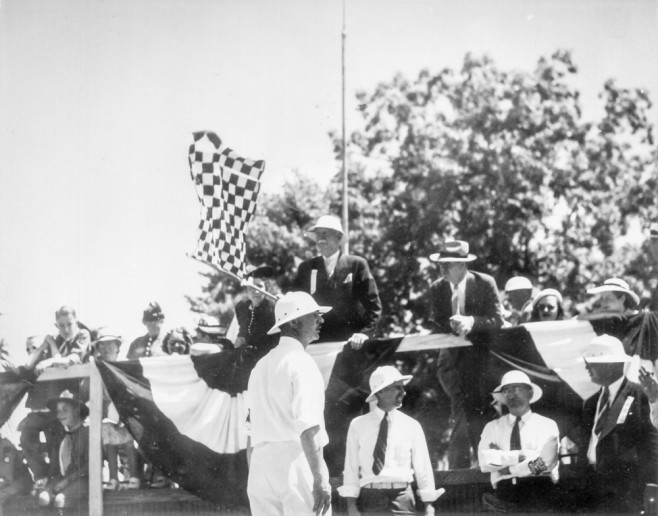 In its heyday – the 1930s and 40s – hundreds of youths raced in the derby. The hobby was described as “a family affair involving hours of painstaking work.” In 1992, it was reported that 20 drivers were expected to race in the Cronin Derby Downs for a chance to advance to the All American Derby in Akron – all hoping to continue the Vehicle City’s winning reputation. Derby Director Bob Groth said: “People frown when they see racers coming in from Flint.” Other big winners from Flint were Russ York, who won the senior championship in 1979, and Mike Burdgick, the 1983 junior division winner.

The popularity of the soap box derby races began to decline over the years. In 1988, it was reported that parental interest had gone downhill during the past several years. The last races in Flint were held in 2006.

Source: All quotes are from the Flint Journal Archives at the Sloan Museum.