For thousands and thousands of Flint area residents, their first experience “behind the wheel” of a car was at IMA Safetyville, which opened at Kearsley Park Playland in 1963. And it was one of those special experiences that evoked many fond childhood memories. My City Magazine dug into the Sloan Museum archives to find out why it was so popular. Much of the information found was from articles published in the Flint Journal.

Safetyville was a fun and educational project geared toward children ranging in age from five to ten years old. According to an article published in 1964, it was “just like a small Flint” – a model of regular highways with intersections, overpass and underpass structures, guard rails, traffic signals, pavement markings, traffic signs, a school, church, gasoline station, garage and other structures. Kids who visited received instructions in pedestrian and traffic safety, and after passing an exam, they were allowed to get behind the wheel of electrically-powered model cars. Spring, summer and fall sessions were held between April and October. 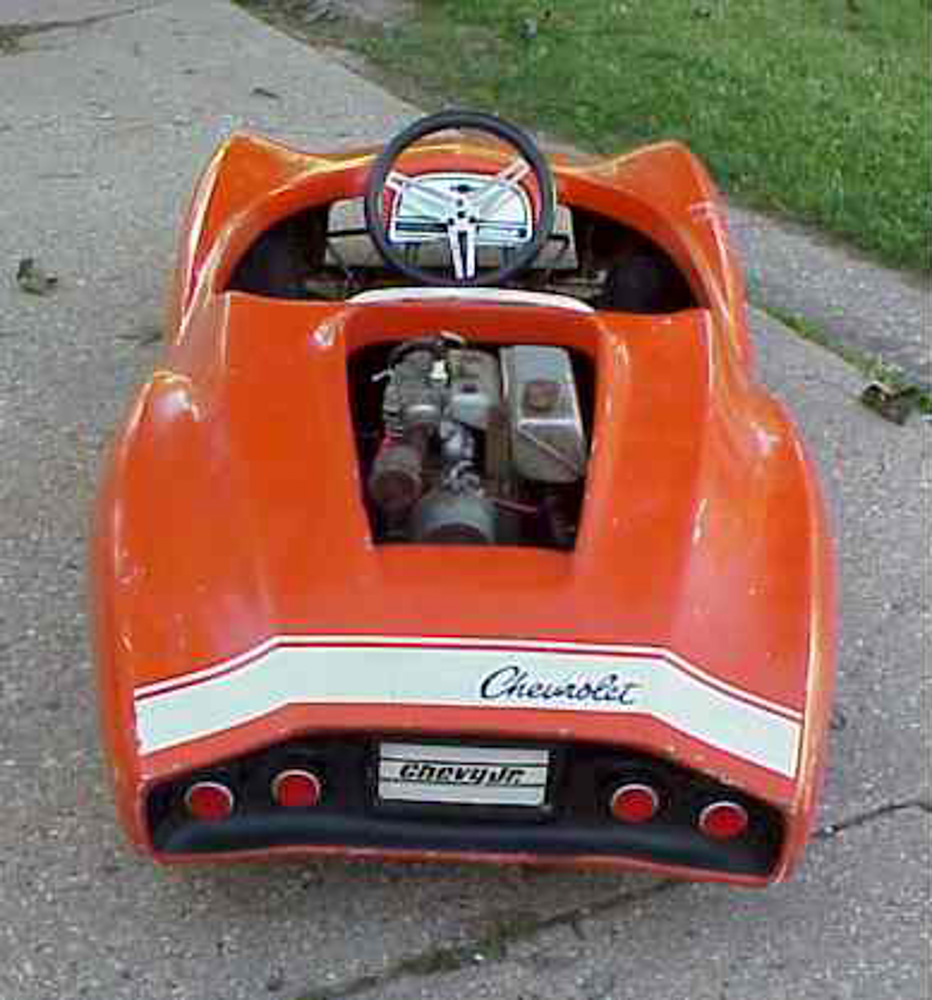 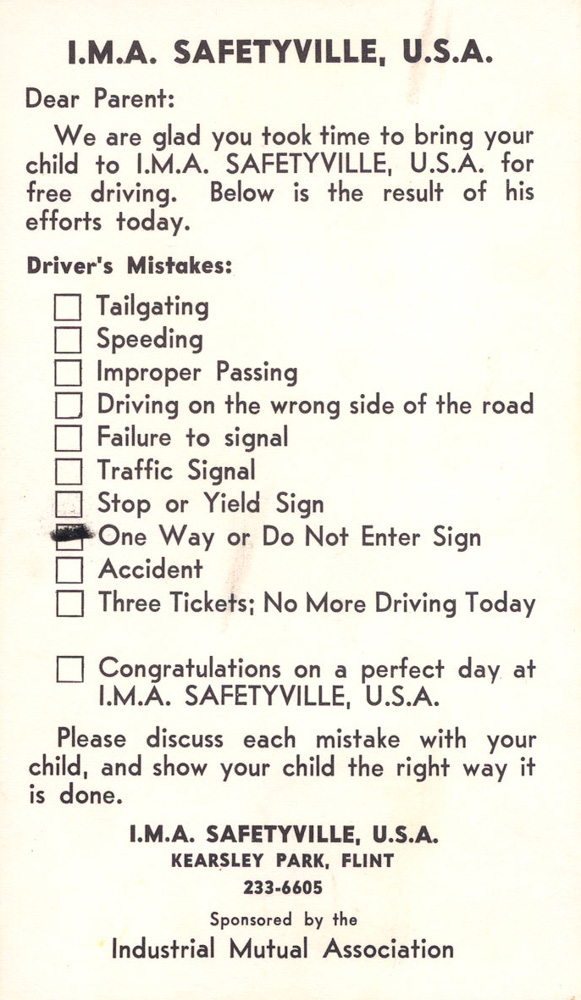 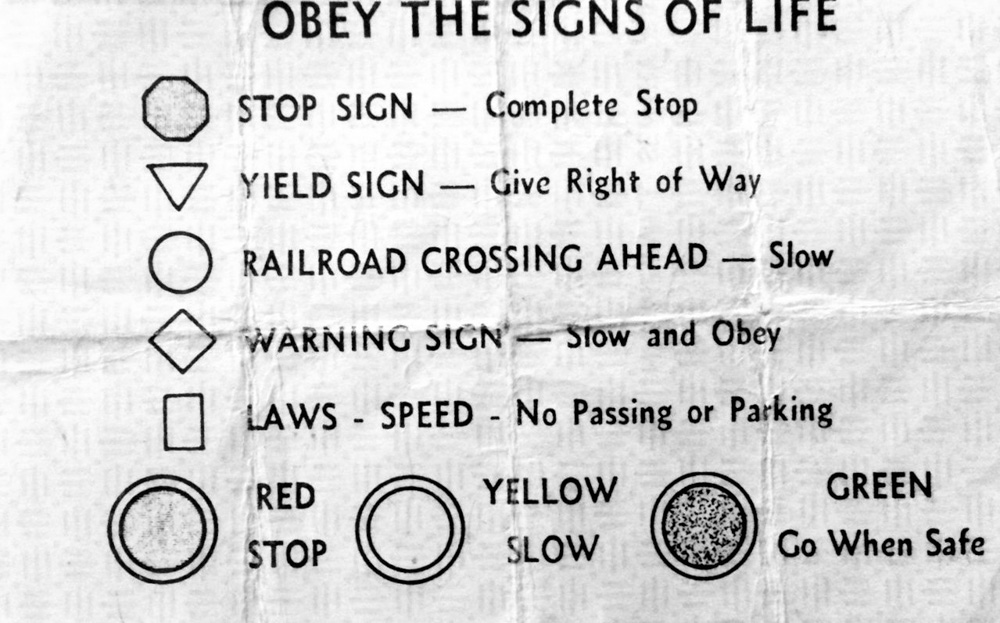 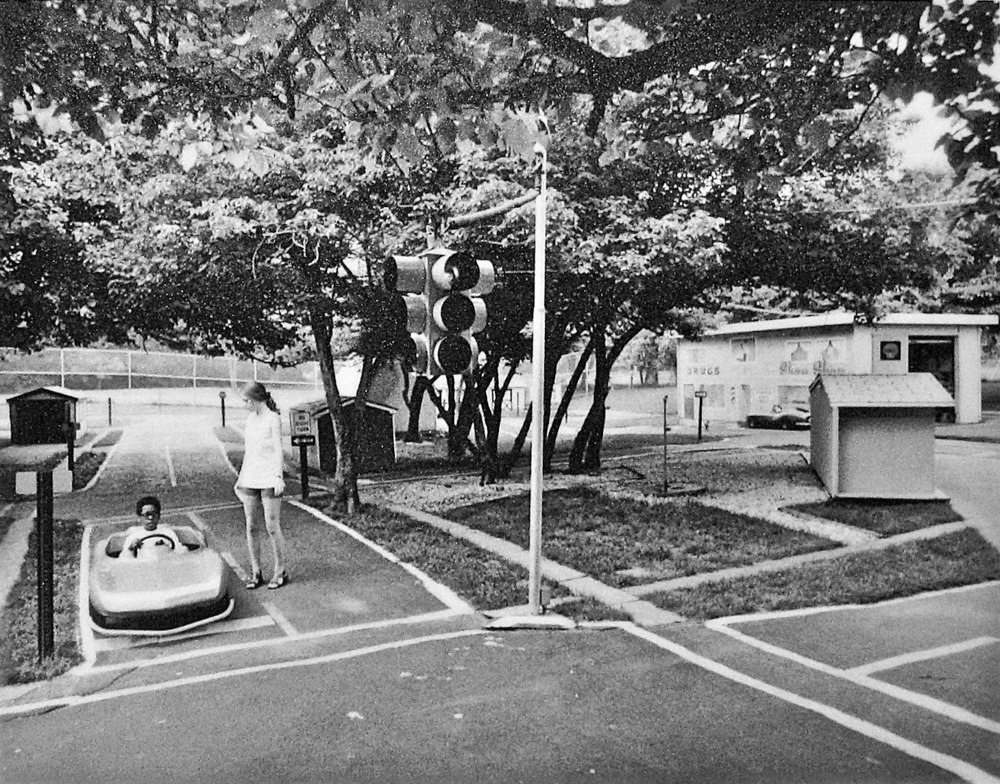 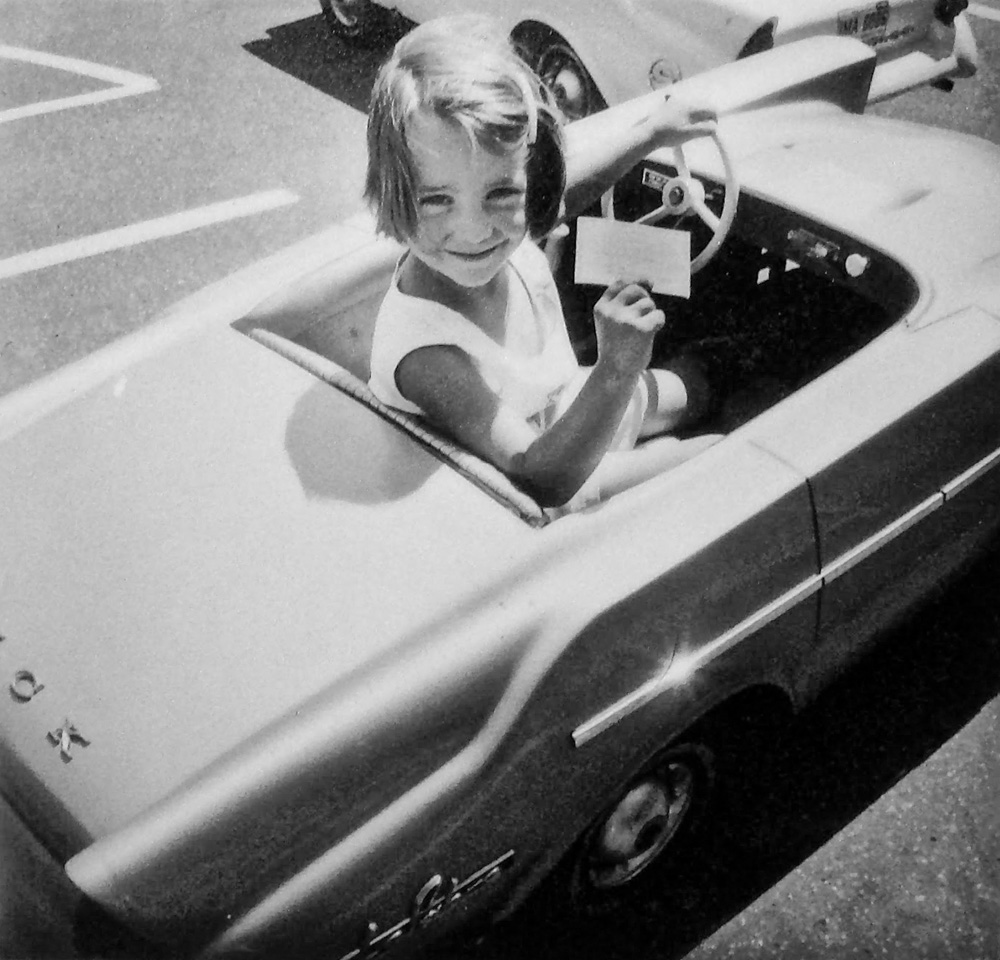 The Industrial Mutual Association (IMA) built Safetyville and operated it from 1963 to 1978. The City of Flint then took over operations and re-named it Safetyville, USA.

In 1968, Orlo J. Huttenga was the director and at that time, 36 teenagers were hired to help manage the visiting children. The 25 cars were equipped with seat belts, an accelerator and brakes, and had a top speed of 3 mph. In its 12th season, Safetyville received 13 new electric-powered Chevrolet Corvettes.

“This was a popular field-trip destination for early elementary school classes studying safety, plus, it was fun!”
Diane Kosik Laliberte

“I loved Safetyville! I went there numerous times as a child. It was a great experience for children.”
Stephanie Isaac

“I wish it was here for the kids today. It was great fun and taught the rules of the street and road safety.”
Elizabeth Pasquenlina

“It’s a place I remember so well. I loved the cars. Winter, spring, summer and fall – how I wish time could go back.”
Loretta Wisner

“I loved Safetyville. I was there once with the older cars and then once after the Corvettes were there! I still have my Safetyville Driver’s License, somewhere.”
William Hammond

“It felt so grown up to drive!”
Carol Gardner

“I remember it well. My dad helped with the building of it. I thought it was the coolest thing around.”
Deborah Lowry

“Unfortunately, I didn’t pass my Safetyville examination! I remember thinking that I was too embarrassed to do those silly hand signals! I received a ‘Back Seat Driver’s License.’”
Terry Ashley

“I enjoyed Safetyville as a child. It’s really sad that our children and grandchildren will not.”
Susan Trover

“This was the field trip to look forward to. I loved it here. I was so much fun.”
Joy Costello

“I remember going there. They had a Big Mac Bridge, too. It was so cool.”
Carol Reno-Morgan

“One of my best Flint memories!”
Sharri Newman

“I worked there in 1973. It was such a great place.”
Stephen Landaal

The Sloan Museum has some of the cars the children drove, one of which is currently on display.