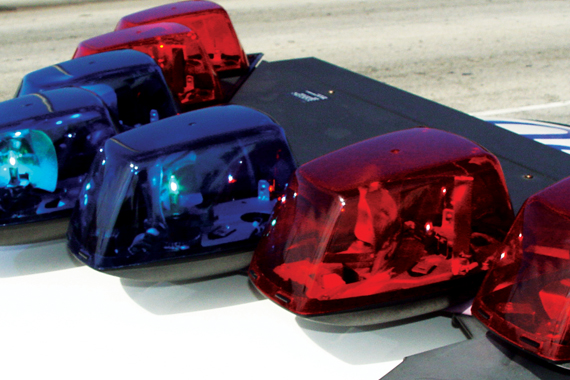 The heavens withheld the expected rain for the day, allowing several hours of gameplay for Flint youth aged 10-15 years old. The tournament began with the participating youth signing a pledge to help officers with crime information and remarks from representatives from the Flint police, Wow Outreach, and the Urban League of Flint. Each person stressed the importance of community cooperation as the cornerstone of curbing violence. Around 100 youth participated in the tournament.

Officer Jesse Carpenter of the Flint Police explained to My City Magazine what he considered to be the most “important” part of the Stop the Silence. “It shows the kids that [the police]are humans, too. We’re humans put into an authoritative position, and that position is not to hurt them, it’s to help them. As soon as they recognize that, they can trust and believe in us.” Officer Carpenter went on to detail the vision that the organizers have for Stop the Silence. “We’ve pledged to do this as a five-year deal,” he said. “We’re here and there’s no looking back.”

Officer Carpenter has an intimate knowledge of the affairs of youth in Flint, since he serves as a juvenile prevention officer. Concerning the 10-15 age range of the players, Carpenter said that “This is where is has to start.” He also knows that to be effective, cooperation can not only be about the youth’s willingness to help the officers, but also the officers being willing to help the youth, so he is holding himself and his fellow officers to their word. “We’ve got to stop pointing down at them and accusing them of what’s going on in the neighborhood and instead, start making them accountable and willing to help us clean up the neighborhood by just communicating with us.”

Shaquille Greene is a UM-Flint student who volunteered as a time-keeper for the day, and he was excited about what the tournament can do for city youth. “It turned out really well,” he said. “The unity going right now in the city makes for a nice vibe here. Having different types of safety groups from UM-Flint and Mott with the local community police all coming together for this one event to show the students that they don’t have to keep silent and that they can speak up in their own neighborhoods is a beautiful thing.”

Gail Coney of Flint brought her son Donovan out to play in the tournament. She and Donovan were both excited to participate. “I think it’s a great event!” she exclaimed. “Matter of fact, I didn’t have to really pull my son’s strings too much. Once I told him what it was for, he was like, ‘Yeah, I’ll do that!’ He was really gung-ho about it.” Coney praised the efforts of Stop the Silence and her sentiment about reaching youth when it matters most echoes that of Officer Carpenter. “It’s just positive, and anything positive for the City of Flint is a great thing. I think starting early at this young age to get people talking and involved may help those who might be out there doing something wrong.” Donovan shared with My City Magazine what he liked about Stop the Silence as a youth participant. “I like the challenge that we have on the court with other people around Flint, and I like that the police care so much about us playing basketball that they would invite us here.”

The tournament was originally planned as a two-day event, but the number of students allowed for one day of play instead. There were no issues on the court between players, who all wore smiles on their faces throughout the duration of gameplay. Officer Carpenter looked over everything and thought about when he was a youth in Flint. He shares the sentiment that there really are many positive things in the city for people to do. “I grew up here, and I played in the legendary 3-on-3s Downtown. If you are someone who takes time to listen to all the negative things in Flint, take the same amount of time and you’ll find even more positive things going on. Just think of how positive the outcomes would be if you spent time doing those positive things.”