Actors don’t like to be typecast. Exhibit A is Paul Rudd, who has made a career out of playing funny parts in goofy comedies, examples include: Knocked Up, Anchorman, The 40-Year-Old Virgin and I Love You, Man. Even when Rudd went the action route, it was as the semi-tongue-in-cheek superhero, Ant-Man.

But in The Catcher Was a Spy, Rudd takes on his most serious part yet as real-life major-league baseball player, Morris “Moe” Berg. Berg was little more than an average ballplayer on the field in the 1930s, but he was Ivy League-educated and spoke multiple languages – qualifications that made him ideal to work as a U.S. government operative in Europe, for the precursor to the Central Intelligence Agency during World War II.

“I can’t believe he existed, and the opportunity to try and discover something about the guy was absolutely appealing,” Rudd said in a recent interview with Deadline Hollywood. As the real Moe was a bit secretive, the challenge was great. The home-run cast also features Jeff Daniels, Connie Nielsen, Mark Strong, Paul Giamatti, Guy Pearce, Sienna Miller and Tom Wilkinson.

Playing November 16-18, The Catcher Was a Spy is one of six movies in the Flint Institute of Arts’ Friends of Modern Art film series in November – a month filled with period pieces.

The first weekend of November brings two films: the documentary Boom for Real (November 1, 3 and 4), about the early years (late 1970s and early ’80s) of the influential American artist, Jean-Michael Basquiat; and a black comedy, The Death of Stalin (November 2-4), a satire set in the wake of the demise of Soviet dictator Joseph Stalin in 1953. Steve Buscemi and Jeffrey Tambor head the cast of the latter. 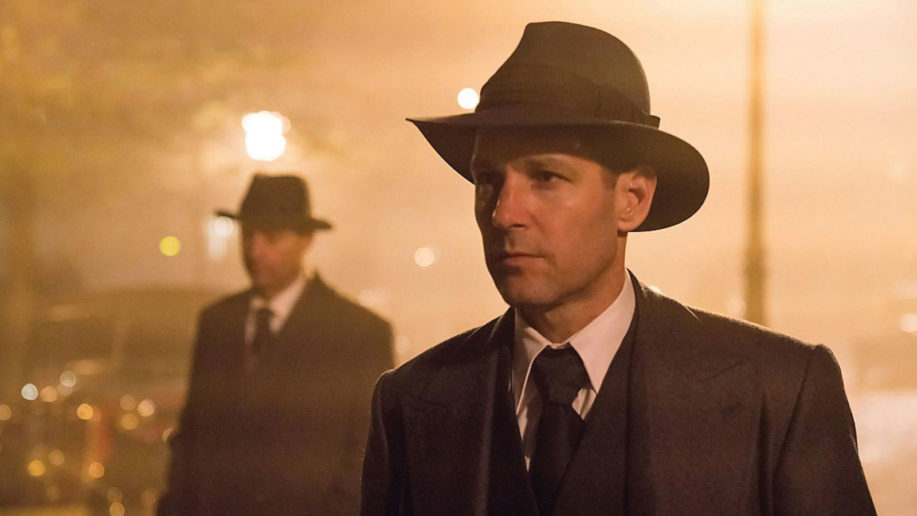 Paul Rudd in the Catcher Was A Spy

Another period setting is France during the First World War. The Guardians is a story about women from a farming family who are left behind to maintain the family homestead and find new emotions stirring within them. It’s showing at the FIA, November 30 through December 2.

Also set in France, but in a modern time, is Let the Sunshine In, due November 9-11. Oscar winner Juliette Binoche (The English Patient) delivers a luminous performance as a divorced, Parisian painter who is searching – selectively – for another chance at amour.

Coming November 23-25 is Skate Kitchen, in which a lonely, suburban teen finds her life changed dramatically after she meets a group of New York City skateboarders.

In addition to the FOMA series selections, the FIA is partnering with the Flint non-profit Communities First for a four-title monthly series of features with African American themes. The first film, slated for November 15, is the documentary, Brother Hypnotic, in which eight sons of a fabled Chicago jazzman try to make their own way as a band on the streets of New York.

As usual, information on all screenings at the FIA is available by visiting FlintArts.org or calling 810.234.1695.