Baade, who has known Cavanaugh since becoming an intern in 1980 at legendary Flint album-rock station WWCK where he was program manager, drew a deep breath and emailed a link to the 141-minute finished product to Cavanaugh, who now lives on the outskirts of Yosemite National Park in Oakhurst, CA.

“I had different thoughts racing through my mind about whether it might be too long, and whether I’d gotten it right in trying to weave together archival footage, photographs and interviews,” says Baade, who soon turned his internship into an overnight, on-air gig. “I was little nervous, because Pete does not mince words; but he responded with ‘I wouldn’t change a thing, thank you for doing this’.” 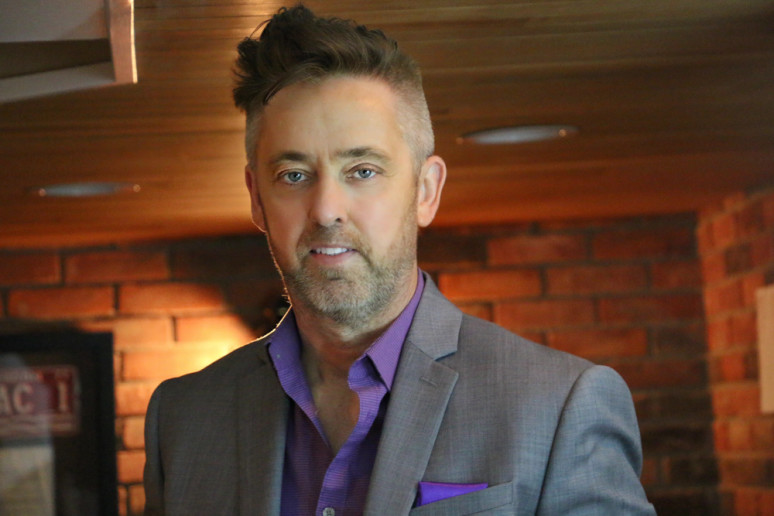 With Cavanaugh’s seal of approval, “Local DJ: The Story of Flint Rock ‘N’ Roll” was complete.

Through film clips, vintage photographs and new interviews with Cavanaugh, those who worked with him like former WWCK DJ, Jeff Holbrook, and artists, Baade’s labor of love chronicles the career of Cavanaugh, who spent 1964-83 at Flint’s WTAC and WWCK and was inducted into the Rock and Roll Hall of Fame’s radio class in 2011.

Among other things, Cavanaugh, now 76, is credited with sneaking around Olympia Stadium in Detroit to secure an exclusive interview with The Beatles in 1964, and being the first DJ in North America to play songs by The Who. He introduced the album-rock concept to Flint radio through his WTAC Underground program.

“Pete is the reason I got into radio by hanging out in the lobby of WWCK when I was 19 until they made me an intern and I have always really admired him for his vision, attitude and accomplishments,” says Baade, now 56 and the creative director for Townsquare Media which owns stations like Cars 108 and Banana 101.5. “When Pete came to WWCK (in 1980) he promised the owner he would make it the best rock station in America, and he delivered. I learned so much from him.”

Essentially, Baade’s newest work is an extension of the 35-minute documentary he made in 2012 entitled “Flint’s Best Rock” which depicted WWCK’s rise and was named Best Documentary at the 2013 Flint Film Festival.

“’Flint’s Best Rock’ led me to this movie, because I’ve always felt Pete’s story should be brought to film,” he says. “I approached him with an ambitious proposal and he was like, ‘let’s not go crazy, but take a step back and plan this carefully’. But, he liked my second proposal and the film took off.”

It really took off when Cavanaugh flew to Flint for four hours of interviews with Baade which provide the film’s backbone.

“It was such a pleasure reliving Pete’s career with him and he remains as passionate, sharp, witty and funny as ever,” Baade says. “He recalled everything with such fine detail and was rapid-fire with his answers. The guy is 76 going on 19.”

Among the highlights are Cavanaugh recalling how he abruptly quit his job at a radio station in his native Syracuse, NY because the owner ordered him to work at a station-sponsored record hop on the day of President John Kennedy’s assassination. He came to Flint three months later.

Cavanaugh also vividly recounts securing one of the first copies of The Beatles’ landmark “Sgt. Pepper’s Lonely Hearts Club Band” album through someone he knew at Capitol Records.

The legendary concerts at Sherwood Forest north of Davison that Cavanaugh helped organize are chronicled, as well. The 2,000-capacity venue hosted the likes of Bob Seger, Alice Cooper, Chuck Berry, MC5, and Ted Nugent and the Amboy Dukes.

“Local DJ” was finished late last year, and soon posted to the Detroit Rock and Roll magazine website accompanied by a rave review. In April, it was accepted into the Rock and Roll Hall of Fame’s Library and Archives section, joining “Flint’s Best Rock.”

“I’ve been talking with Ed Bradley at the Flint Institute of Arts about showing it there and to organizers of a film festival in Traverse City,” he says. “The length makes it a little tough, but hopefully more people can see the film and understand what an influential and important radio man Pete is.”