One of Genesee County’s most notable roads is Hammerberg, which runs from the iconic block on 12th to Miller (and from Neithercut Elementary to Lincoln Park). The road was named in the early 1950s in honor of Owen Francis Patrick Hammerberg of Flint.

Hammerberg was born in 1920 in Daggett, MI and his family moved to Flint thereafter. He enlisted in the Navy in 1941 and served on the USS Idaho and USS Advent. In 1943, he attended deep-sea diving school and a year later, was assigned to the Pacific Fleet Salvage Force. 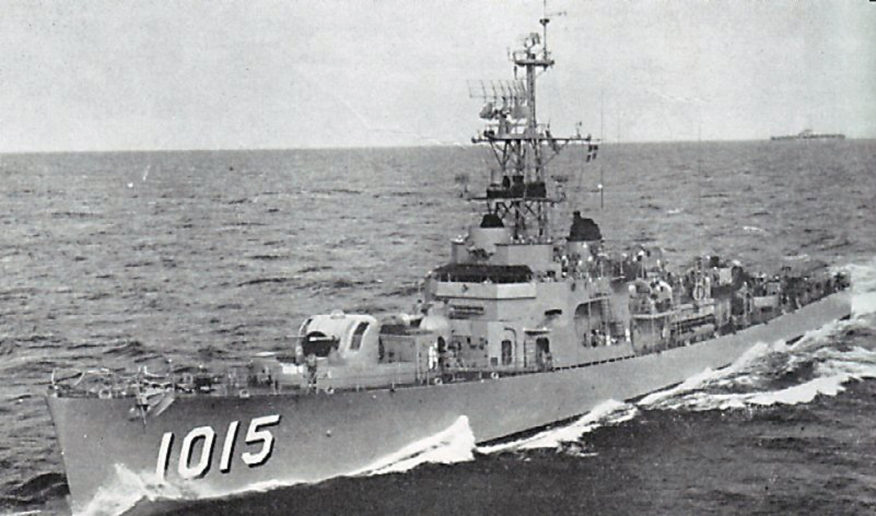 After the attack on Pearl Harbor, Hammerberg found himself doing salvage work at West Lock, Pearl Harbor when two fellow divers became trapped by a steel wreckage cave-in. They found themselves stuck beneath 40-feet of water and 20-feet of mud. Hammerberg leapt overboard in an attempt to rescue them. Through pitch-black darkness, he was able to find one of the trapped men and free him. After struggling through several hours of labor, he was able to find the second man moments before another cave-in trapped them both. Hammerberg protected the other man with his body until he was able to be rescued and succumbed from his injuries hours later. His self-sacrifice enabled two of his fellow divers to live and because of his heroism, he was posthumously awarded the Navy Medal of Honor.

Owen Hammerberg was the only Navy Diver to earn the Medal of Honor during World War II and his was the only award for heroism at Pearl Harbor beyond the 15 Medals of Honor awarded during the initial attack. Hammerberg also earned the Good Conduct Medal, American Defense Service Medal, Asiatic-Pacific Campaign Medal and WWII Victory Medal. In 1955, the Navy destroyer USS Hammerberg was named for him, as well as a playground in Detroit.

Owen Francis Patrick Hammerberg is a glowing example of the selflessness, hard work and determination inherent to our members of the military and residents of Greater Flint. This Veterans Day, please thank a veteran for all they have sacrificed and contributed to our city and nation.