Weight loss is a very personal thing. Dr. Frank Tilli, Director of Interventional Cardiology at Genesys Regional Medical Center for the last six years, has struggled with his weight since he was a child. “My weight has been up and down throughout my entire life,” he shares. At the age of 52, he decided to make some major lifestyle changes. “I told myself enough is enough.” He went from 275 pounds to 145 – a 130-pound loss. And it took him a year to get there. At first, he averaged a loss of two to three pounds a week. “I was pretty aggressive, as one to two pounds a week is what is recommended. I wouldn’t expect most people to lose as quickly, but I started with a lot to lose.”

As a cardiologist, Tilli often talks to patients about their lifestyle, healthy eating and the importance of regular exercise. And sometimes in the past, that was hard for him to do because he was too overweight, as well. That became another incentive that started his own weight loss journey.

Just how did the busy doctor do it? “I did it the old-fashioned way,” he says, “eating healtfully and regular aerobic exercise.” He made a lot of changes in what, how and where he was eating. “I hate the word ‘diet,” Tilli admits, preferring the term “healthful eating.” For him, portion size was a major issue. “I’ve made it my rule to eat only when I’m hungry and not eat to the point that I feel stuffed. I eat a measured meal, and will typically wait at least ten minutes before having a second helping to give my brain time to catch up with my belly. We need to listen to what our bodies tell us.”

Cutting back on dining out is another factor in his weight loss success. Many people with busy schedules and hectic lifestyles eat out for the convenience. “I got caught in that trap,” Tilli admits. “Now, I reserve eating out for special occasions.” He also advises his patients to do the same, because at a restaurant, you have little control over portion size and salt content.

In our society, eating habits have changed over the years. In the 50s, people would eat a standard meal (meat, starch, vegetable and salad) served on an eight-inch plate. “These days, restaurants serve huge platters full of food,” Tilli says. He spent many years working summer jobs in restaurants, and would watch chefs make a pot of stock using an entire container of salt. “We consume so much more salt than we need,” the doctor reports, which contributes to diseases including hypertension and fluid retention. “We’ve become an overweight society. You can’t drive anywhere without seeing a fast food restaurant,” he adds. “The dilemma is that it’s more expensive to eat healthfully. Fresh fruits and veggies cost more than fast food.” 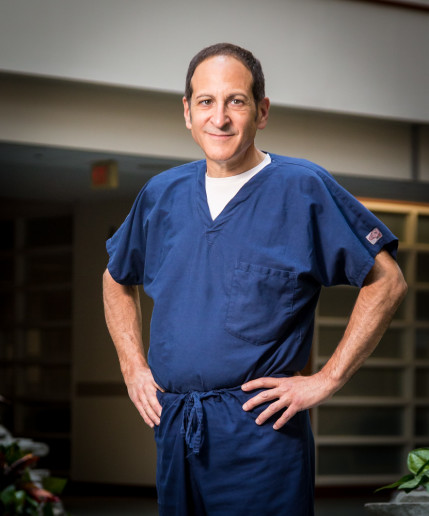 Dr. Tilli has made other changes in his eating habits. When he gets home from work after a long, busy day, the first thing he does is make a nice garden salad to take the edge off his hunger. Salad dressings are high in calories, so he drizzles on a low-calorie dressing. For the entree, his plate is two-thirds filled with fruit and vegetables, and one third is a portion of protein that is the size of the palm of his hand.

In some situations, a salad and other healthful foods can be made unhealthful. Tilli trained at Beaumont Hospital and lived in Pittsburgh, PA for 14 years. “They love their French fries there,” he laughs, adding that even a salad contained French fries covered with cheddar cheese. “You have to be mindful of calories and fat,” he states.

To monitor his daily caloric intake, Tilli uses an app on his cell phone. “I record my calories and do a calorie budget for the day,” he explains. “It helps me make better choices. If you eat a big lunch, then you can alter your dinner choices. Any successful weight loss program involves some sort of food log.” To help with portion control, he also uses a digital food scale. “One reason I do this is because I don’t want to go back to being overweight. I worked hard to achieve this, and I don’t want to lose ground.”

Exercise is the other part of Tilli’s successful weight loss formula. And he can’t stress enough the importance of aerobic exercise – getting your heart rate going and breaking a sweat. “It should FEEL like exercise,” he shares. A lot of people don’t like to exercise, so it is essential that they find something they like to do. Tilli enjoys working out on the step-mill at a gym near his home. “I’m not a treadmill guy,” he laughs. He also has a rowing machine at home that he uses when he can’t get to the gym. He advises his patients to shoot for 30 minutes of aerobic exercise every day. 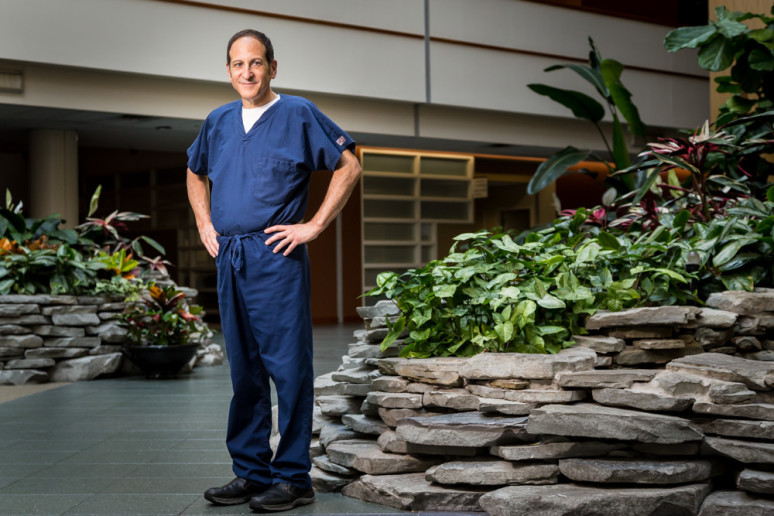 “Do what works for you,” he tells them. “It’s the aerobic type of exercise that will help you live a longer, better life.”

The benefits of weight loss have been abundant for the doctor. “I sleep better and I don’t snore anymore, which makes my wife very happy. I feel more awake and alert.” He also says he can run up the stairs without huffing and puffing. “I feel younger and more energetic,” he adds. “When I don’t exercise, I miss it. You never ‘graduate’ from exercise.”

His advice to others? “Eat healthfully and exercise. Be mindful of what you eat and make your best effort to prepare meals at home. Say ‘no’ to extra salt and don’t deprive yourself – allow an occasional splurge. For me, it is a daily struggle. I lost the weight and feel great, but I still have to keep my eye on the goal.”