The pure sound of the violin is versatile – it can be melodious, soft and sweet or it can be dark, muted and haunting. No matter the music being played, the violin’s sound is one of the world’s most beautiful.

National Violin Day is celebrated on December 13. To recognize the occasion, My City Magazine caught up with Alesia Byrd Johnson, Principal Second Violin with the Flint Symphony Orchestra (FSO). The talented musician graduated from Southwestern High School in Flint and Michigan State University, where she obtained a degree as a string specialist. Along with the violin, she also plays the viola and is a member of the Flint Institute of Music (FIM) Outreach Performance Troupe, the Troubadours. She recently retired after 37 years of teaching at the Flint School of Performing Arts (FSPA). 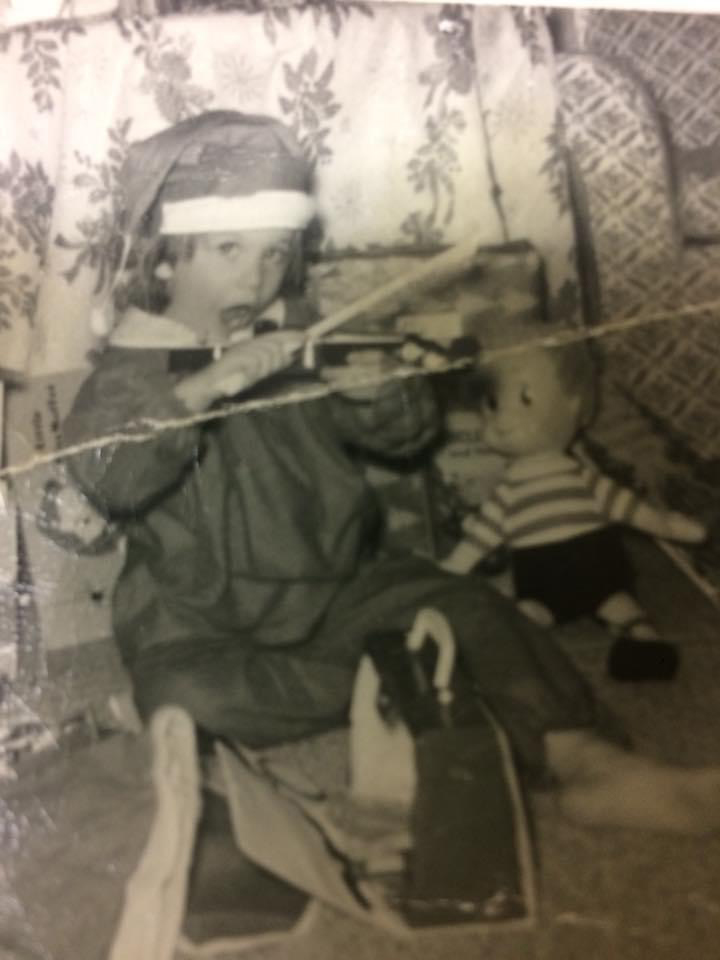 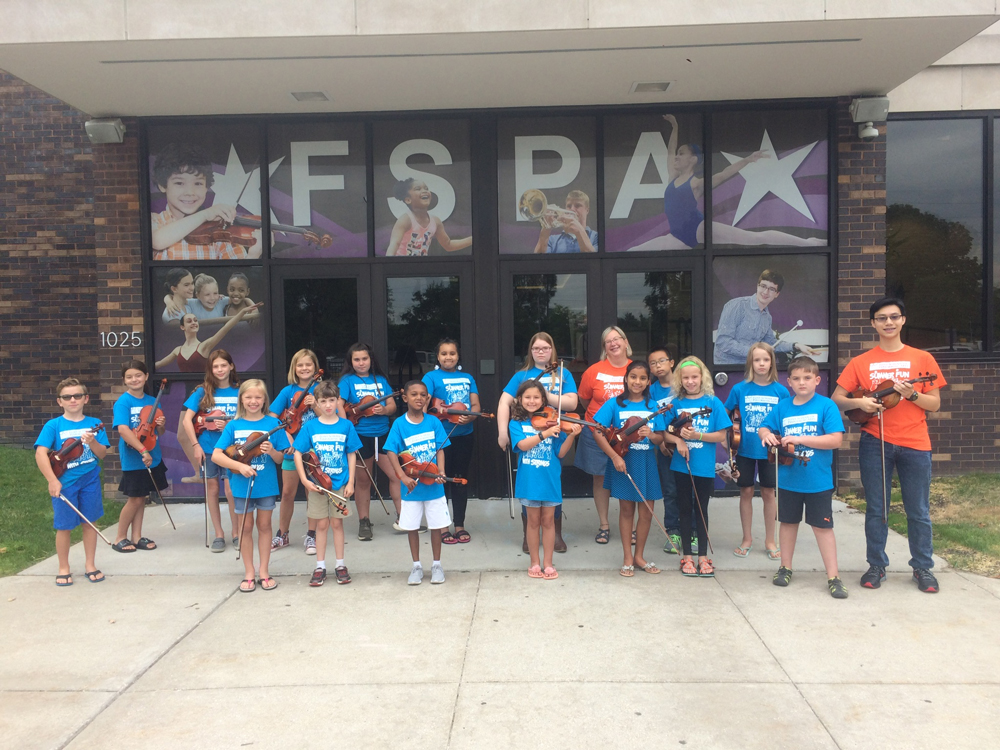 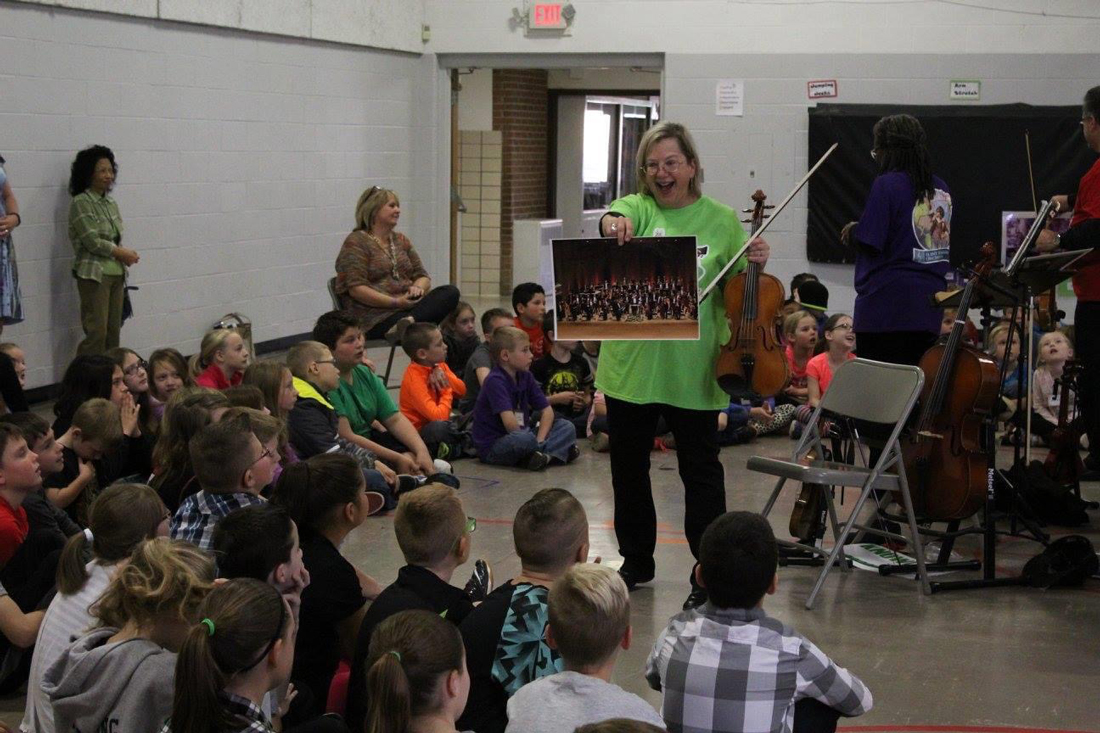 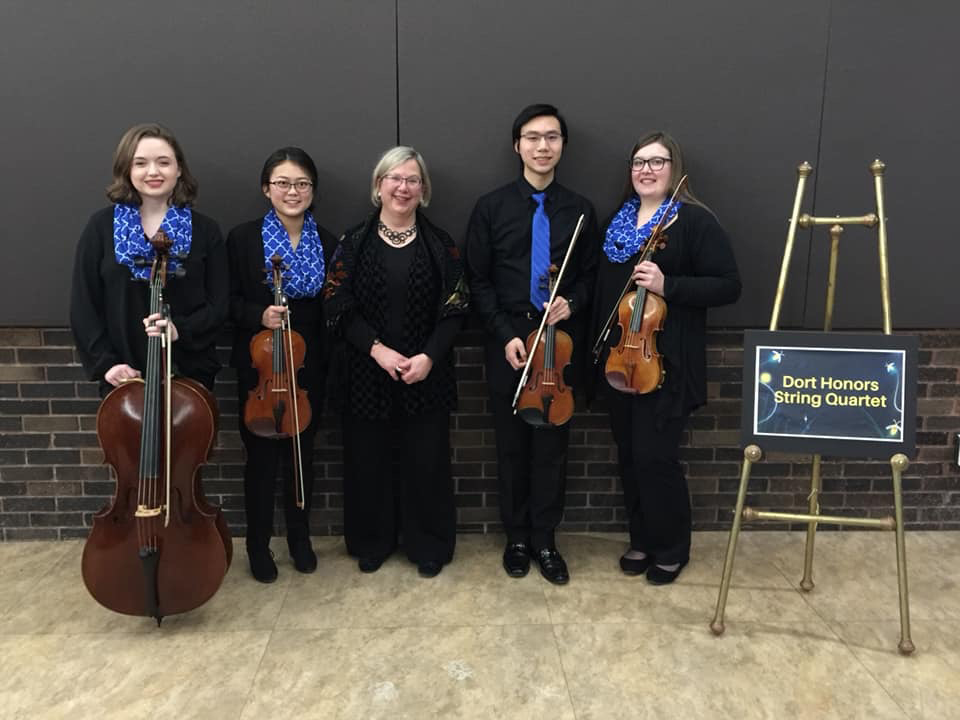 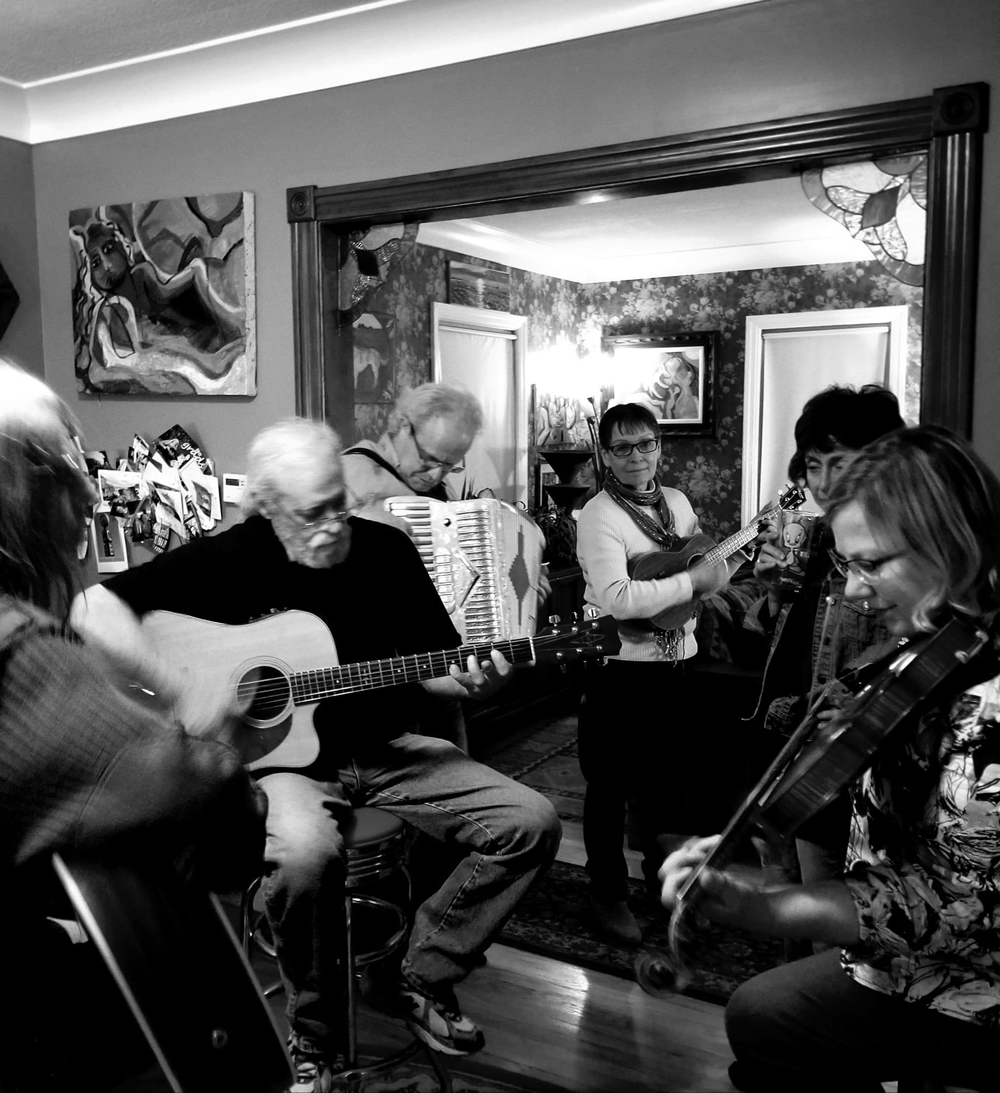 Johnson comes by her musical talent naturally, as both her parents were professional musicians. Her mother, Mary Margaret St. John was a violinist and Johnson remembers being a young girl, watching her practice. She would mimic her mother using a wooden spoon as a pretend violin. “I knew at an early age that I wanted to play the violin,” she remembers. She was inspired by her father, William Clifton Byrd, who conducted the FSO from 1968 until 1974 and founded the William C. Byrd Youth Art Competition in 1970. He passed away after suffering a heart attack while conducting, Johnson shares. Following her father’s death, the competition was re-named in his memory. The William C. Byrd International Youth Art Competition is run by the St. Cecilia Society and the winning musician performs with the FSO every year. Unfortunately, there will be no Byrd Competition this year, but Johnson is hopeful that it will return in 2021. 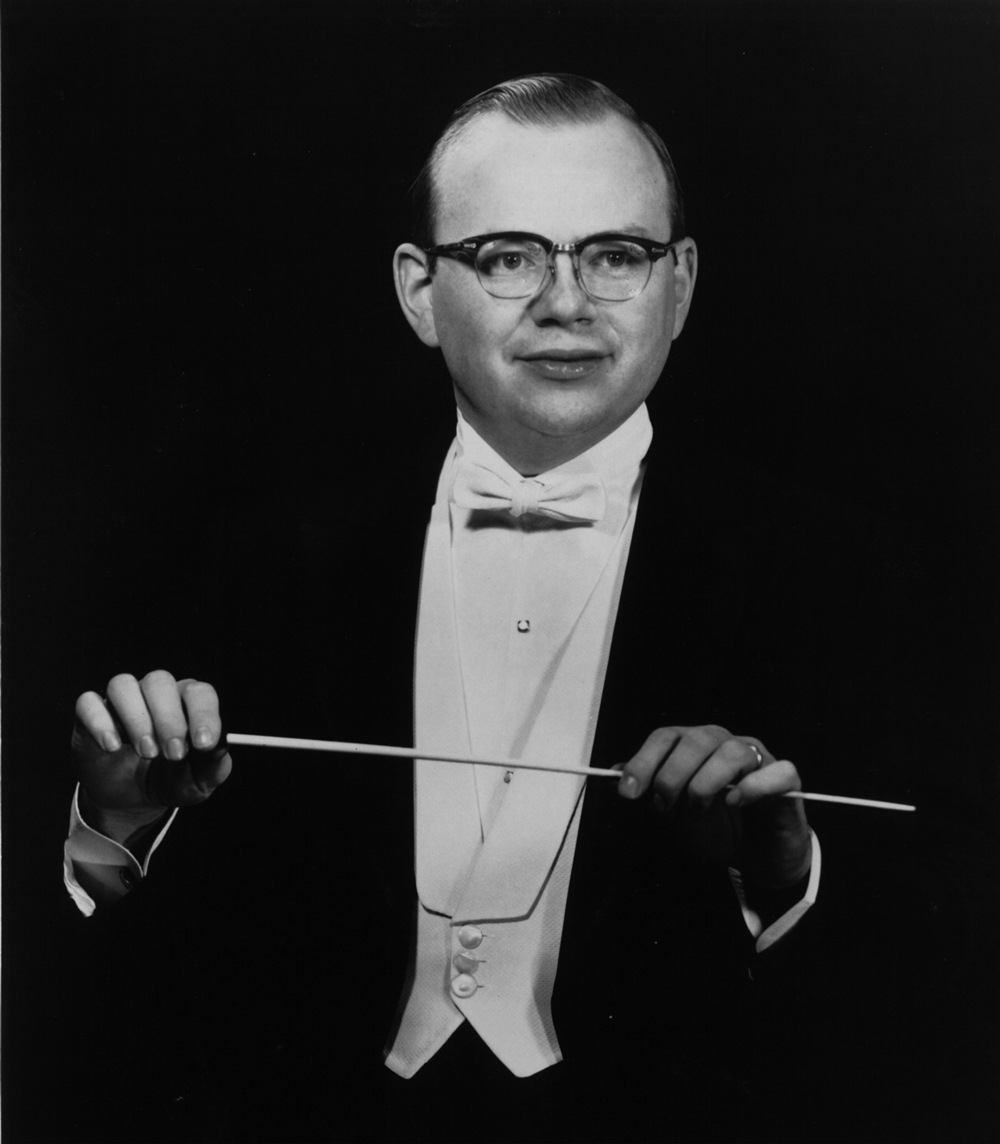 Her parents’ involvement in the performing arts led Johnson to pursue the violin at the FSPA and she was a member of the Flint Youth Symphony Orchestra. She recalls the time when FYSO performed a piece with the FSO. During a rehearsal, sitting next to a professional musician as her father conducted, she realized that was the defining moment when her career path became clear. ”I knew I wanted to keep my family’s musical tradition alive in Flint,” she says.

For Johnson, ties to the Flint Institute of Music run deep. She taught students in the same room where she took lessons for 37 years and performed for many years alongside her mother in area symphony orchestras, string quartets, FSO Troubadours, and for many famous artists like John Denver, Aretha Franklin, Andre Watts, ELO and Mark O’Connor, to name a few. She feels blessed to have played in the FSO alongside her mother, an orchestra member for 47 years. “She was my partner in crime,” says Johnson. “We sat next to each other.” She still spends time with her mother, who now resides in South Carolina.

Also a musician, Johnson’s husband, Wendell, has brought other styles of music into her life. The couple plays in a jam band on the weekends and performs as a duo. They are known to play on their porch and most recently, at a wedding. “I knew Wendell in junior high,” she shares. “I married late at age 56, and God brought us together at the right time.” 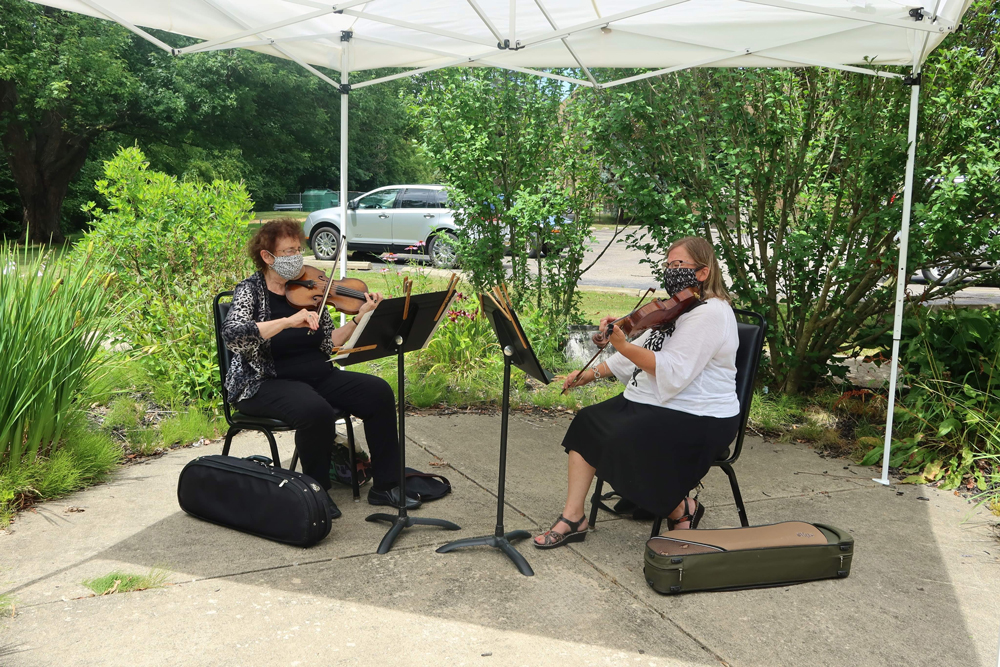 Even since retiring from teaching at FIM, Johnson is keeping the Byrd family name alive. She continues to work with young musicians as a counselor for St. Cecilia Student Musicale which, during this time, meets monthly on Zoom. Still performing with the FSO as Principal Second Violin, she is also a violist with the Troubadours and a freelance musician. “Music will always be a part of my life,” says Johnson. “I couldn’t imagine a day without it. Music is food for the soul!”

• Known as the founding father of the violin, Italian luthier, Andrea Amati (1505-1577), received credit for creating the first documented four-string version of the instrument.

• The “Lady Blunt” Stradivari violin brought a record dollar amount when it was sold at auction in 2011 for $15.9 million. Musicians and collectors alike seek instruments made by Stradivari more than almost any other maker.