On May 10, McLaren Flint wrapped up Nurses Week by honoring five members of the nursing team at its annual Margaret McLaren Nursing Awards of Excellence. The event is held in honor of Margaret McLaren, RN, who served as superintendent of McLaren General Hospital and its predecessor, The Women’s Hospital, for 27 years. When McLaren General Hospital opened in October 1951, it was named in her honor, making it the first hospital in the country to be named after a nurse. This year, the hospital is celebrating 100 years of caring for patients.

The celebration took place in Ballenger Auditorium, which was standing-room-only for this year’s ceremony. The 2019 winners were recognized in the presence of family members and co-workers. James Williams, PhD, MSN, RN, CENP, Vice President of Nursing /Chief Nursing Officer of McLaren Flint, and Margie Murray-Wright, MSN, RN, UM-Flint Clinical Assistant Professor, shared messages of thanks and inspiration before each winner was recognized by their managers.

Award-winners were nominated by peers and chosen by a special committee. They are described as having positive attitudes, putting patients first, being “go to” co-workers and willing to help, including as preceptors on their units. 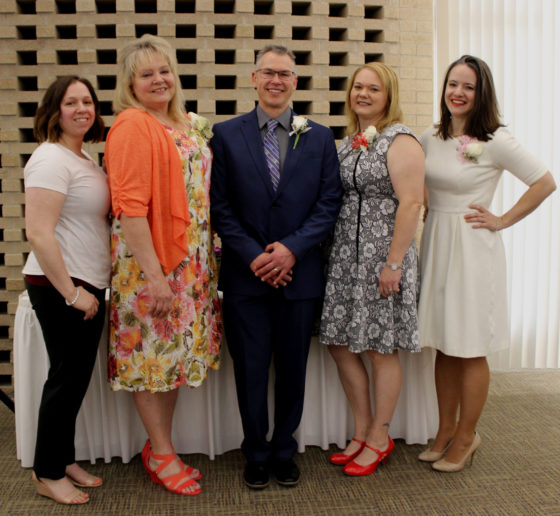