For some people, Friday the 13th may be an unlucky day; but it was a pretty special day for residents of Genesee County. On Friday, January 13, the treehouse built last August by Treehouse Master, Pete Nelson and his crew at Genesee County’s For-Mar Nature Preserve & Arboretum, was featured on an episode of Animal Planet’s Treehouse Masters!

Viewers watched with excitement as the episode highlighted the construction process. Sitting 30 feet above the bed of the Kearsley Creek oxbow, the structure is surrounded by a variety of beautiful trees and can be reached by climbing a staircase. It is also barrier-free and handicap accessible with a ramp that meets ADA requirements, and has space for up to 30 children to enjoy nature education programs offered at For-Mar. 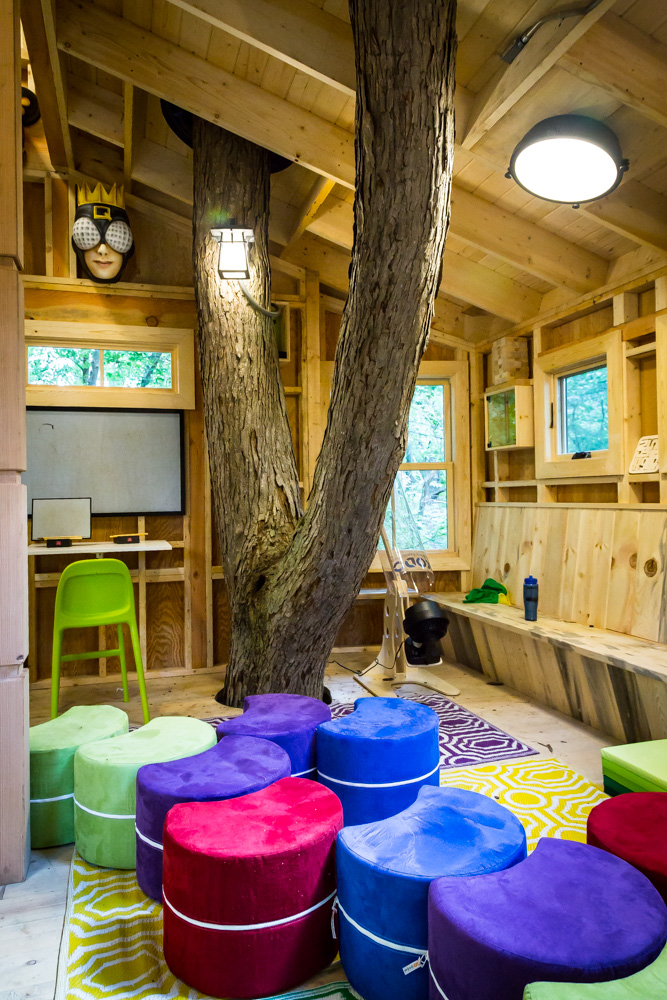 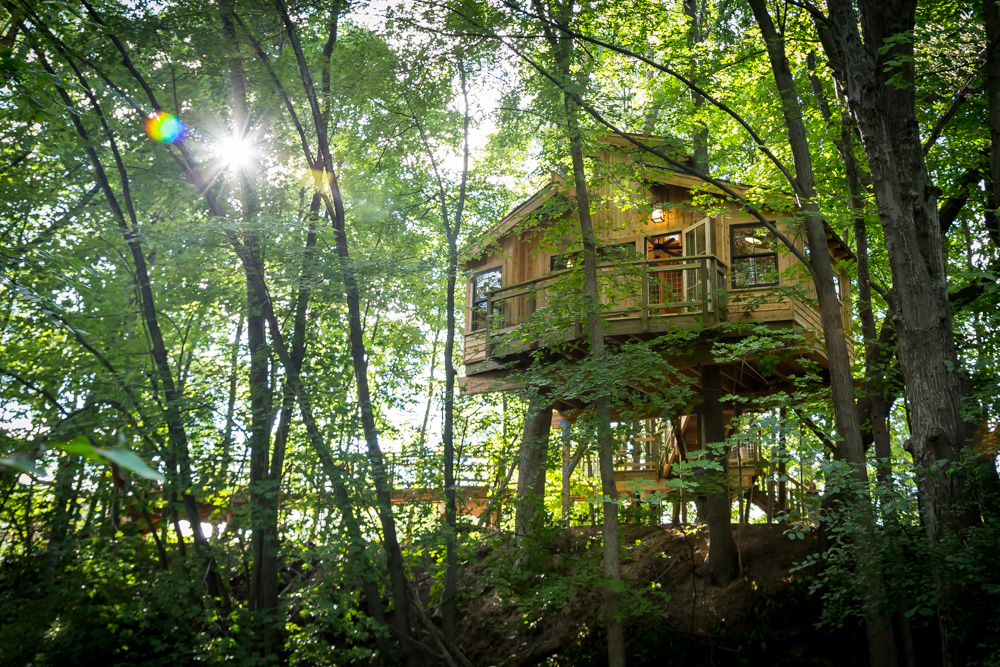 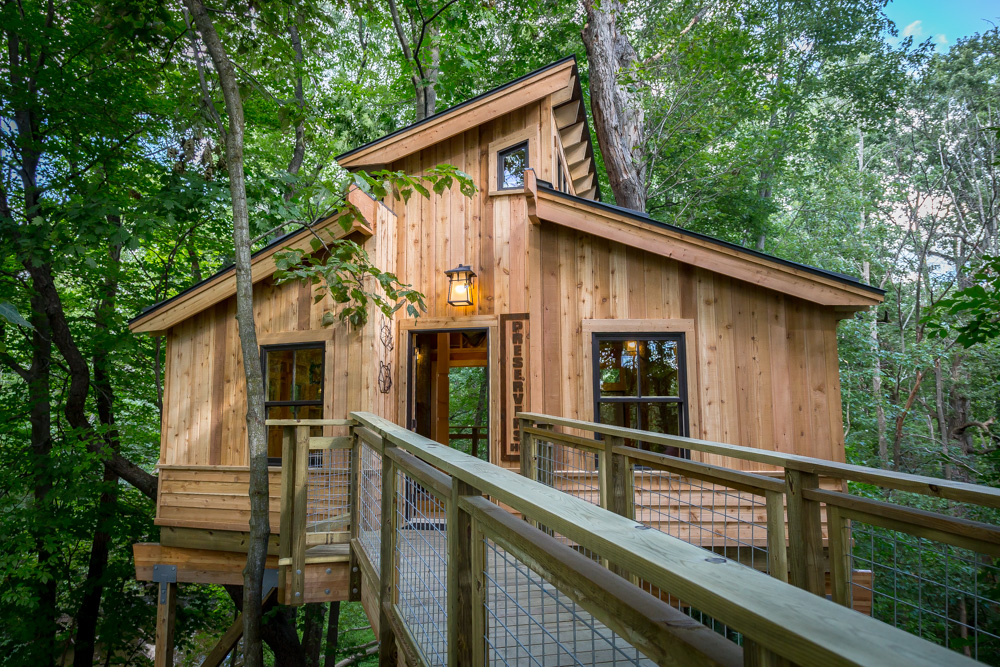 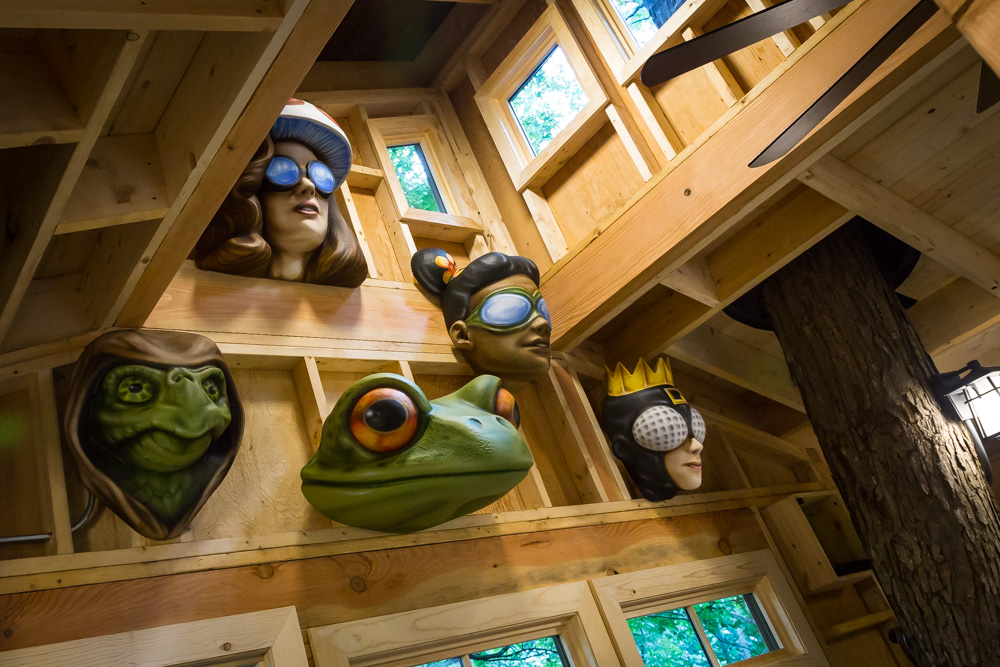 “The episode that Animal Planet put together was a wonderful showcase of the exciting build the Treehouse Masters accomplished,” says Amy McMillan, Director of Genesee County Parks. “Their whole crew was awesome to work with, so we had no worries that it would be anything less than fantastic – and they certainly delivered. The episode was an accurate depiction of how fun and exciting the whole process really was.”

According to Head Park Naturalist, Nicole Ferguson, For-Mar has seen over 28,000 visitors in the treehouse since August; the weekend after the episode aired was already busier than normal for a weekend at For-Mar. 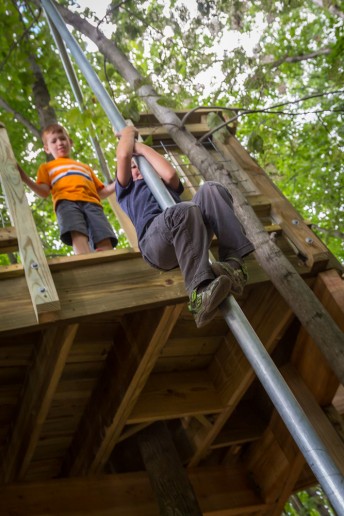 “Visitors are unanimously inspired by the treehouse, and in awe of the view from the back deck and the attention to detail the crew used to create a one-of-a-kind learning space!” Ferguson exclaims, adding that For-Mar expects that the number of visitors will continue to increase as Treehouse Masters fans from all over can make the trip to see one of the builds in person. “In turn, we’ll have the opportunity to share an experience with visitors that they may not have known about before,” says Ferguson. “We can share the other activities and attractions the Flint area has to offer.”

What Ferguson has most enjoyed about this experience is hearing stories from the staff about how much people of all ages enjoy the treehouse; for those who are not usually able to get into a treehouse because of a wheelchair, walker or stroller, the staff loves seeing their faces light up when they make the trip up the ramp, through the trees, and into the treetops for a birds-eye view.

“When I think about a treehouse, it instantly reminds me of a one-of-a-kind childhood memory, high above the ground, listening to the wind and daydreaming about amazing adventures,” says Ferguson. “The whole experience of having a treehouse built at For-Mar by the Treehouse Masters has been one of those childhood dreams come true! It is quickly becoming a favorite place for children in our community to play, learn and dream.”