It’s time for a new perspective on youth suicide.

In October of 2014, the Duncanson family’s life was turned upside down when they discovered that their youngest son, Luke, had taken his own life. But here’s the thing: Luke was not depressed, or withdrawn, or bullied. He was a fun-loving and tender-hearted 14-year-old who made an impulsive choice, not realizing the permanence of that decision. 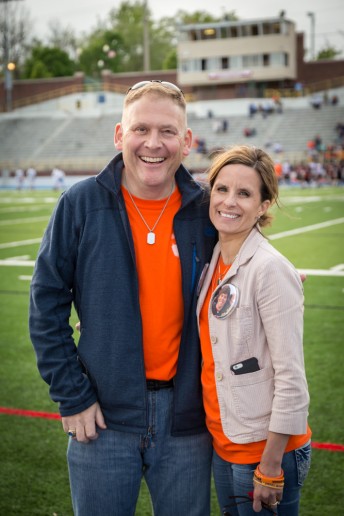 “There were no signs,” shares Cynthia Duncanson, Luke’s mother. “There was nothing that fit what everybody believes to be true about suicide.”

The Luke Duncanson Legacy Memorial Foundation is the Duncanson family’s mission to change the perception of suicide.

To Cynthia, it was a given that she and her husband, Shawn, would do something to honor Luke’s legacy and help their friends and family begin to make sense of what happened. “Luke was very generous, very giving,” Cynthia says. “He always wanted to stick up for the underdog and he always worried about other people. This foundation is representative of him as a person.”

Established in 2015, the purpose of Luke’s Legacy’s is to empower, educate and prepare young people to realize that they have a life purpose and value. The foundation helps show people how teens can learn to deal with life pressures and developmental changes.

“So many of his friends’ worlds were turned upside down,” Cynthia says. “My husband and I felt that we needed to do something to help them try to fit the pieces together, even though we had no idea how to do it ourselves. We don’t have all the answers; but we wanted to give them a platform to empower them, rather than have them deal with it by themselves.” 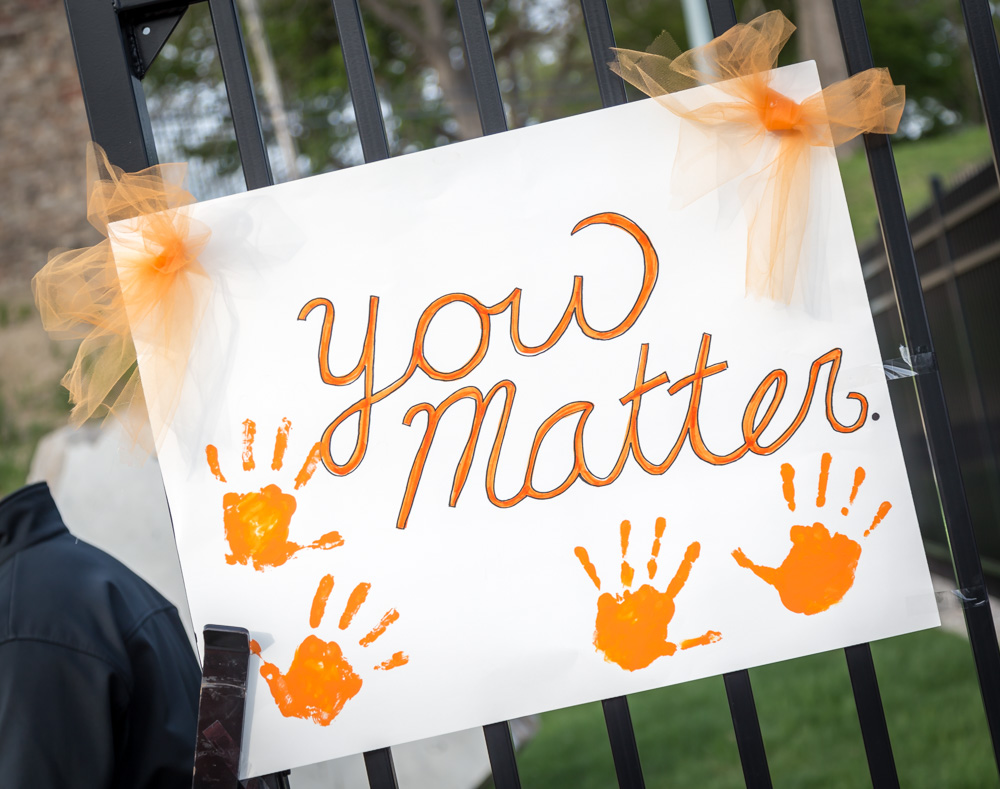 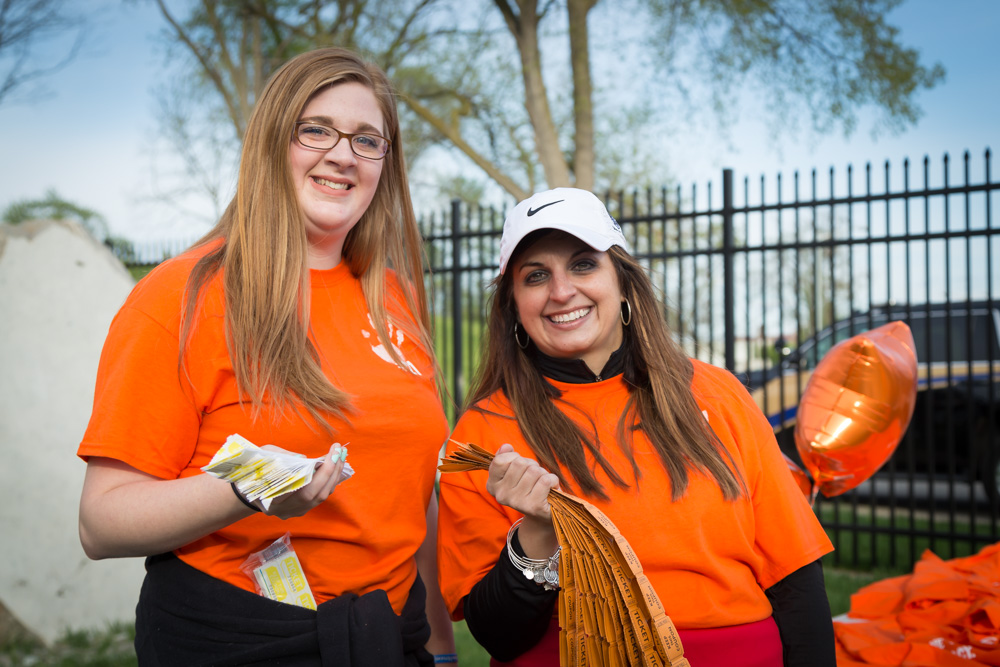 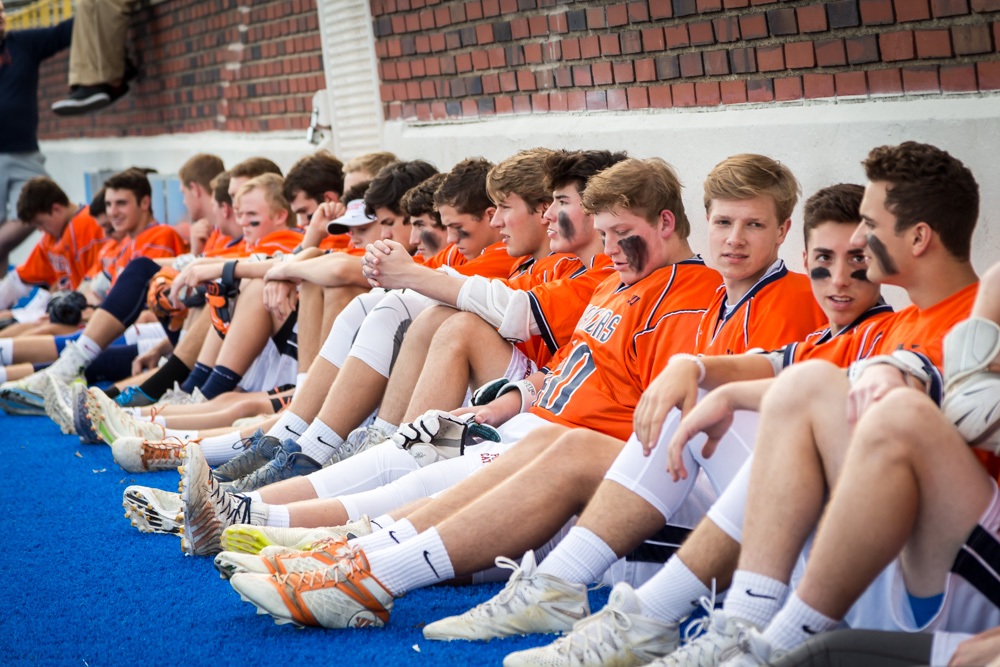 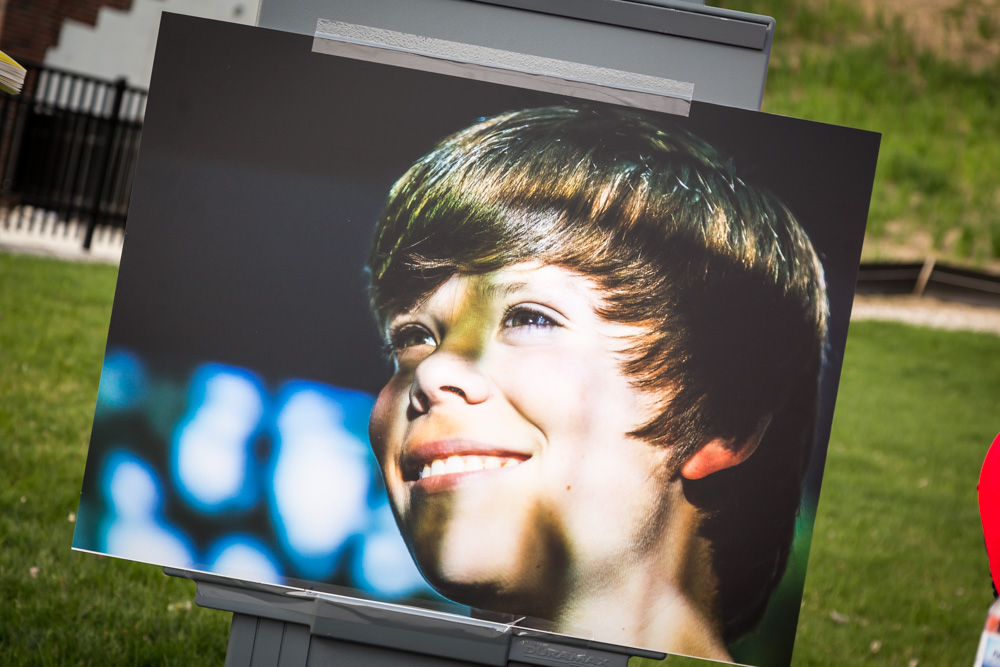 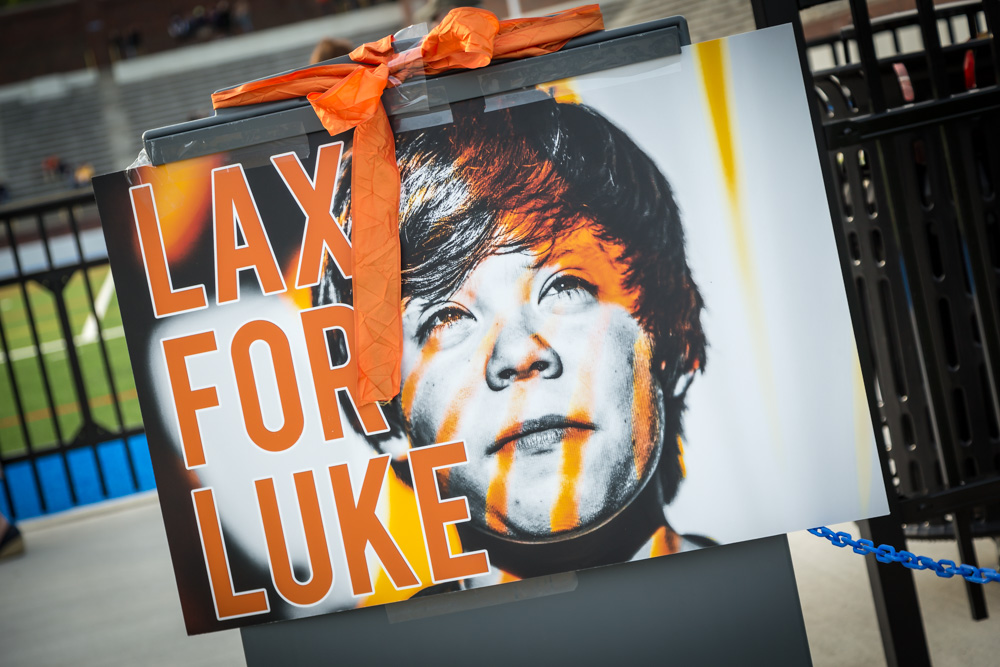 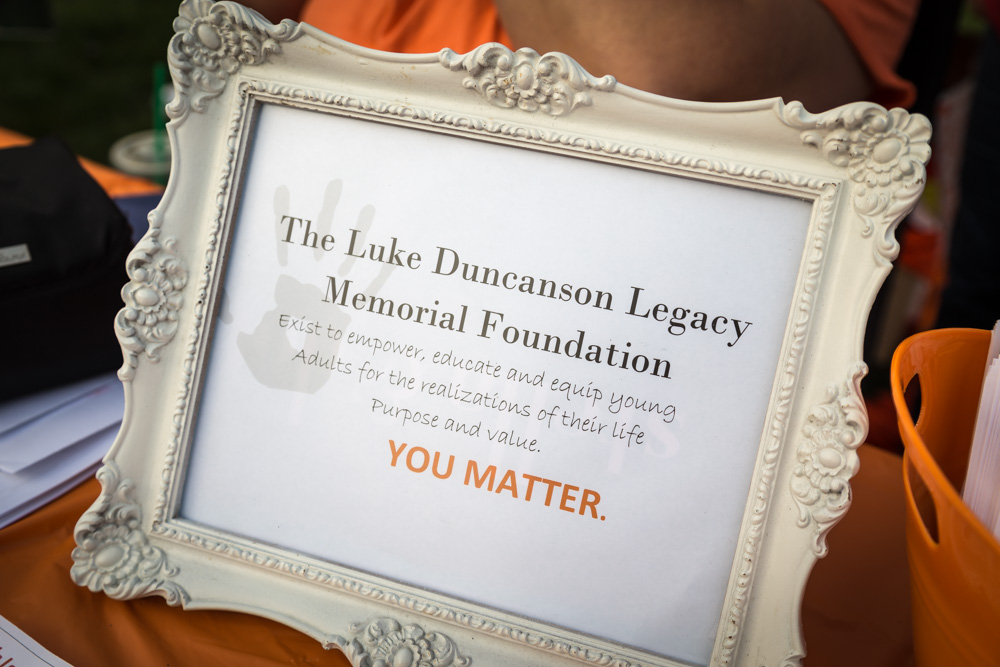 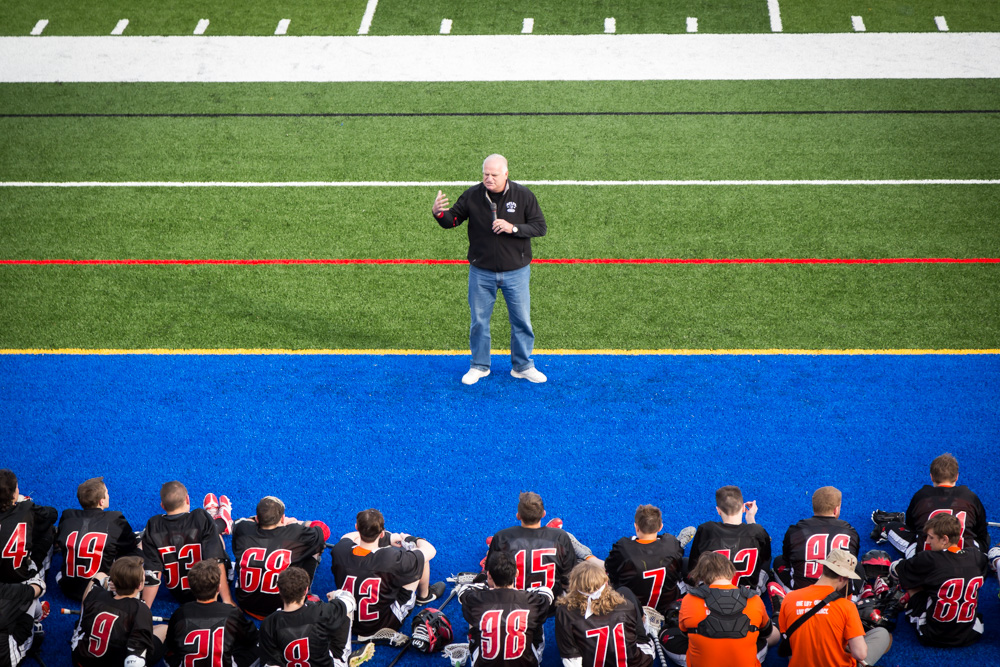 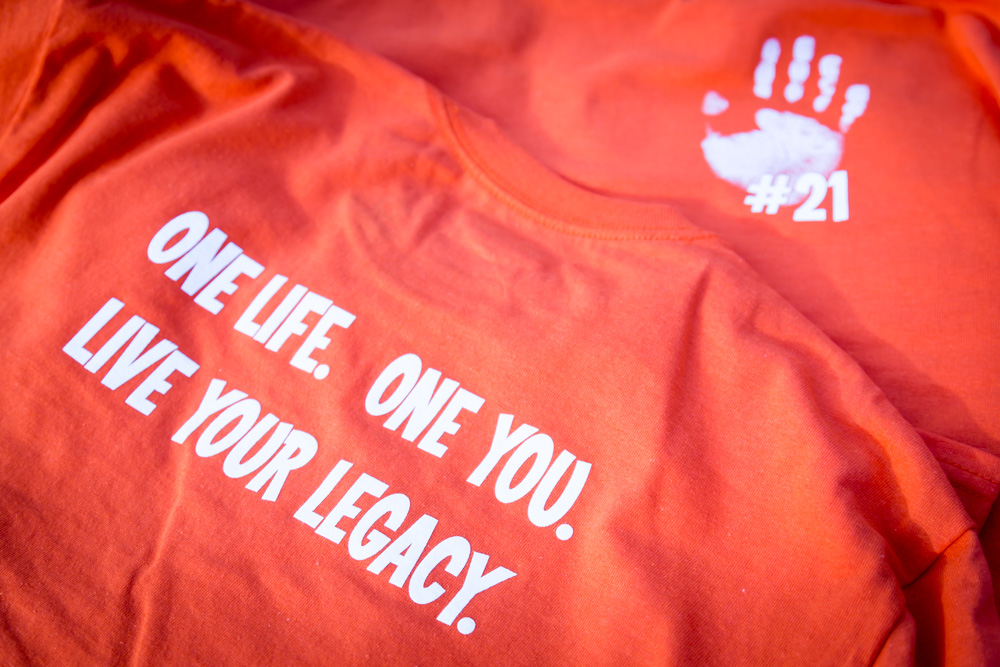 Luke Legacy’s supports and is affiliated with the Semicolon Project (a faith-based, non-profit movement dedicated to presenting hope and love to those struggling with depression, suicide, addiction and self-injury), and the Jason Foundation (an organization dedicated to preventing youth suicide through educational and awareness programs).

Cynthia’s personal goal is to find more resources through Search Institute (a non-profit dedicated to child and teen health research) and is in the process of creating a partnership with Active Minds (a non-profit organization that empowers students to speak openly about mental health in order to educate others and encourage help-seeking), to build a program in which college students mentor high school students.

Grand Blanc High School also has Club Fingerprints – a club for empowering and building character in youth. Luke’s Legacy has donated funding to that club, even though it isn’t specifically for suicide awareness. Luke’s Legacy hopes to establish Club Fingerprints as the vehicle to bring in the mentorship with Active Minds. Cynthia’s hope is that the adults will be able to step back and the students can put the pieces together themselves. “I would love to see this program in all high schools eventually,” she shares. “It’s all about finding coping mechanisms. To me, that is the biggest impact we can make.”

Although Luke’s Legacy’s main focus is Grand Blanc High School, Cynthia has sat in on the Genesee County Suicide Prevention group through Genesee Intermediate School District, which is putting together various suicide awareness and prevention programs for all of Genesee County.

“Basically, we’re a pilot study,” she says. “We’re hoping that they take what we do, develop the program and hand it over to the counseling departments of other schools.”

About 25 to 30 kids are actively involved with the outreach of Luke’s Legacy, and with parents, another 20. “So far, the most powerful thing we have been able to get people who support us to do is get them together to do something good,” Cynthia says. “When I am with our group of 20 to 25 close friends and family members, they are the ones who really drive the train and try to empower people do something in Luke’s honor. That’s their drive.”

Every day, over 5,400 young adults in the U.S., grades 7-12, attempt suicide and of those, four out of five show warning signs before making an attempt. Through research and personal experience, Cynthia has a theory as to why.

“We’ve come into an age where the stress levels have increased,” she says. “Society has gotten away from focusing on growing our own selves with self-reflection. We’ve gotten away from building self-resistance and teaching ourselves to wait for something. I think with that, and with our culture, we have forgotten how to be a family. I truly think it impacts our kids at levels that we don’t even see.”

The research Cynthia is actively involved in that helps inform Luke’s Legacy is from SearchInstitute.org – data that has been collected by surveys of more than five million children and youth from all backgrounds and situations. In 1990, they established a framework of 40 developmental assets which identifies a set of skills, experiences, relationships and behaviors that enable young people to develop into successful and contributing adults. Search Institute explains in depth that if these assets are not a focus for young people, or something that they achieve at a certain age, then they are at risk for certain types of destructive behaviors: drinking, smoking, drugs, and suicide. If they are met at those certain ages, then they are more likely to have happy, successful and healthy lives.

“Kids are struggling to fit in – and stakes are much higher than they used to be, both academically and athletically – but also, there is just something about the tender heartedness of the kids who take their own lives mixed with hormones of adolescence … that is why there was an impulsive decision.”

Finding the Search Institute’s research helpful, Cynthia’s personal goal is to be trained as a speaker for the research organization, so that she can teach others at in-depth and broad-depth levels. “I think that should drive the way to look at health in general, because physical and mental health are interconnected,” she explains. “I hope to bring parents together, but really want to hone in on the peer-to-peer strengths that will be there.”

Back in May, Luke’s Legacy held an event at the Grand Blanc vs. Powers Catholic lacrosse game. Former Lions Quarterback, Eric Hipple, spoke at the event discussing his personal experience with suicide in his own family. Students from both schools listened to the message and Luke’s story and Cynthia – and the rest of the Legacy team – realized how much it resonates with both students who did and didn’t know Luke.

“What I saw with the Powers team was kids who had no idea who Luke was, but for some reason identified that he was a good kid and good friend, and they want to do something for this good cause,” Cynthia shares. “It’s a contagious energy that is building them up from the inside.” Seeing a large group of orange T-shirts with Luke’s handprint emblazoned on them, she wholeheartedly believes that peer-to-peer support is the most effective way to make an impact.

“It is so powerful, so contagious,” she adds. “That’s why I think the mentorship program is the best option, because it is important that we teach them coping skills are important.”

Despite the fact that those involved with Luke’s Legacy are very informed on suicide awareness and prevention, Cynthia is always encouraging people to go through the proper resources when needed.

“At the end of the day, we all struggle,” she says. “I don’t want to label kids in a certain way. I don’t want them to think that because they have a mental health issue, their lives are going to go one way.”
“We don’t have all the answers; but we wanted to give the kids a platform to empower them, rather than have them deal with it by themselves.” Cynthia Duncanson