Flint native Marcus Eubanks, Head Carver and Owner of Forbiddenfruit had never done any fruit carving in his life until the day his mother-in-law, a local caterer, was in desperate need of help with a wedding she was catering. She asked Marcus – a pipe-fitter/welder by day – to help carve some fruit for the fruit table display. “I didn’t even know what a fruit table was,” he laughs. But in his mind, he began to see a pattern, so he started carving a watermelon and a cantaloupe. Before long, he had made a beautiful table full of intricately designed fruits. “My mother-in-law was floored by it,” he says. “The wedding guests went crazy.” 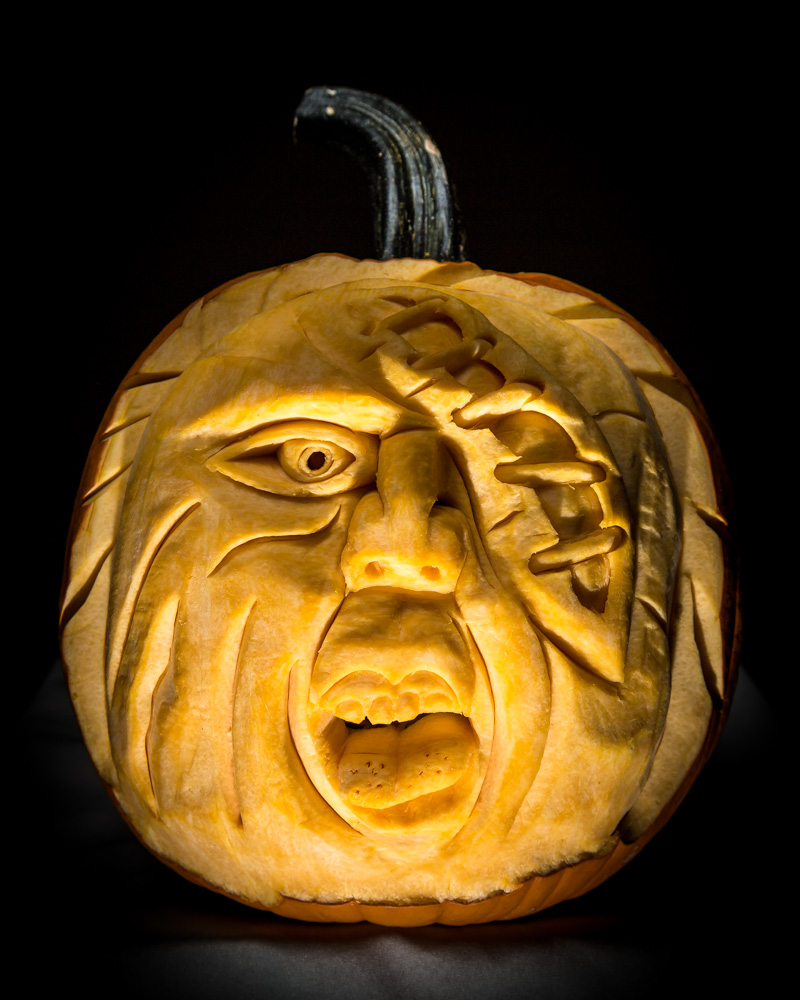 “I love seeing the response from
people when they see my work.”

Though that happened many years ago, Marcus remembers seeing a vision of how the fruit should be carved and feels that it is a God-given talent. Marcus’ wife, April, encouraged him to do something with that talent. So in 2004, he started his own company, Forbiddenfruit, which offers custom-designed fruit and vegetable carvings. He has created fruit tables and carved pumpkins for the Flint Institute of Arts and Applewood Estate, as well as weddings, parties, corporate events and more. 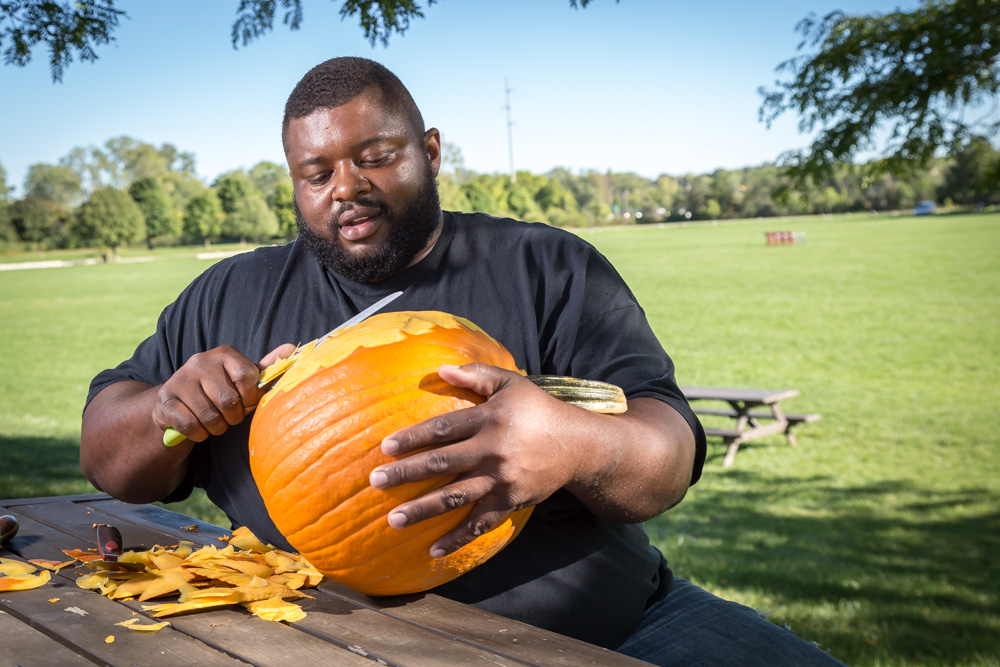 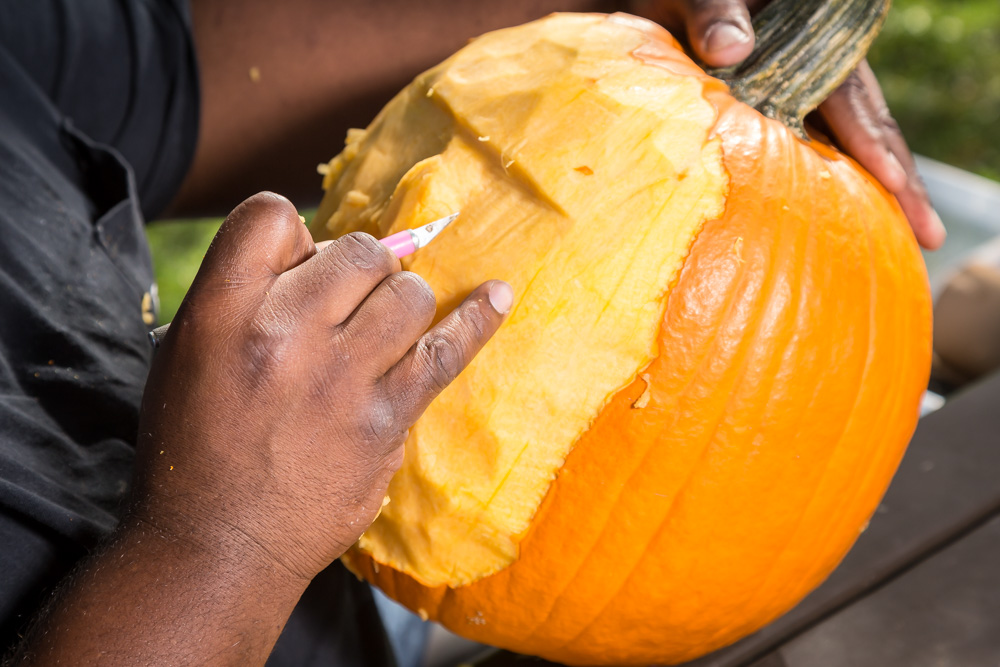 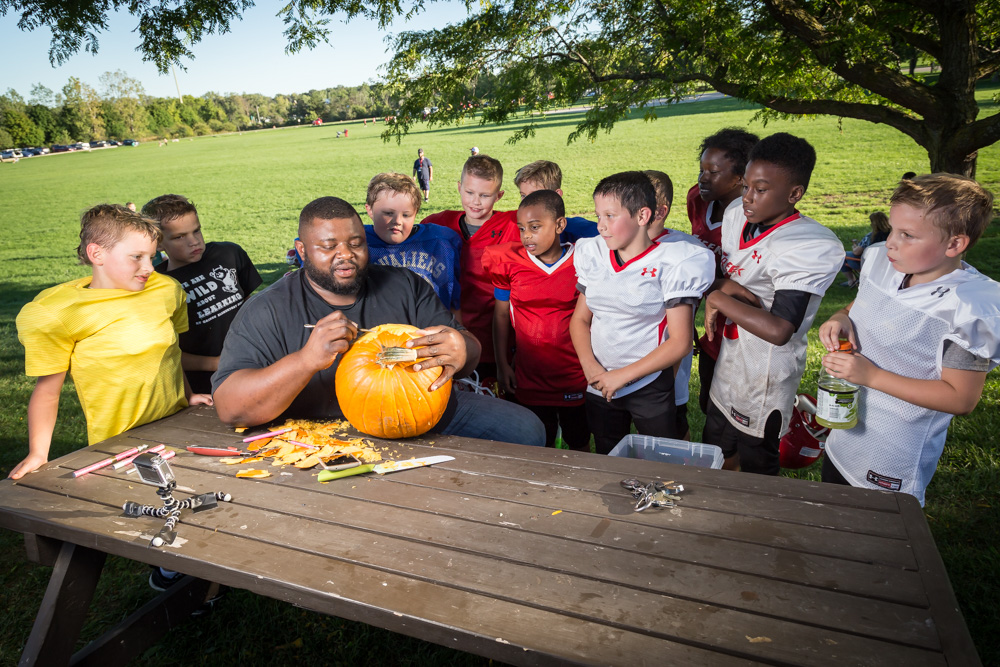 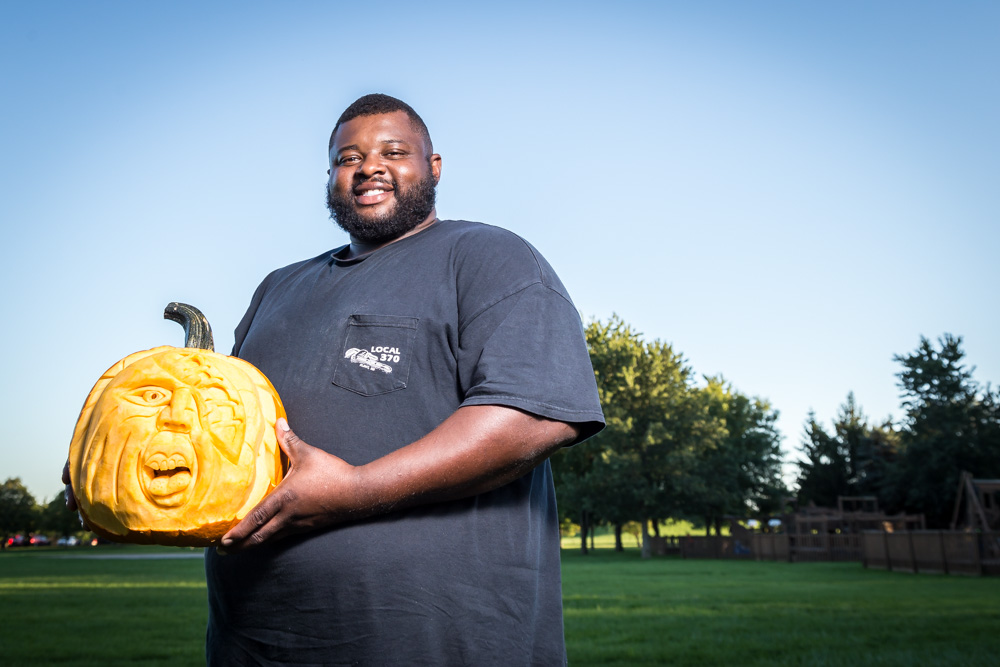 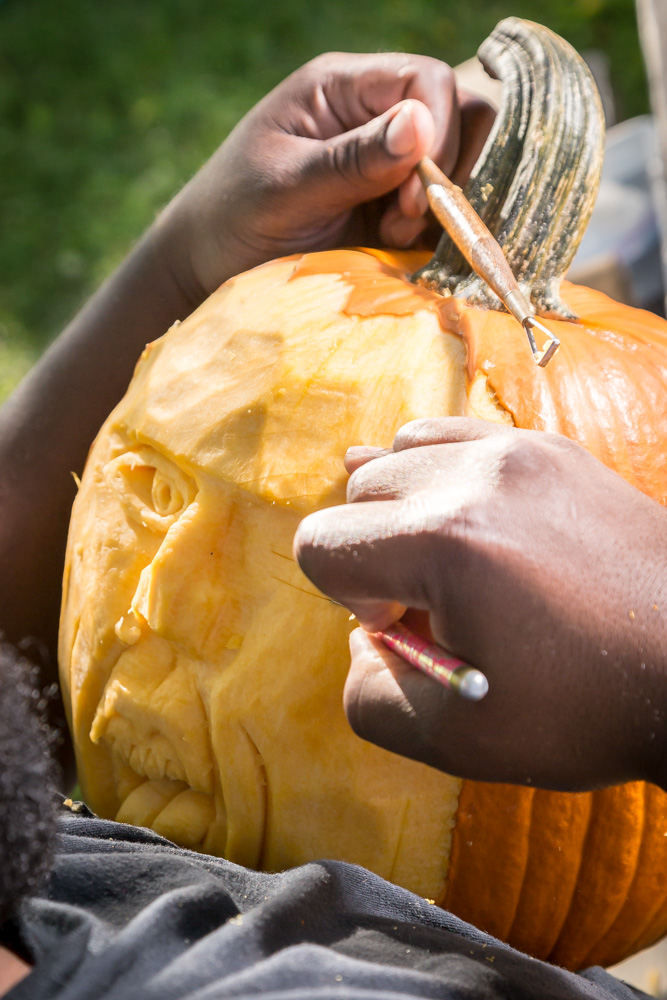 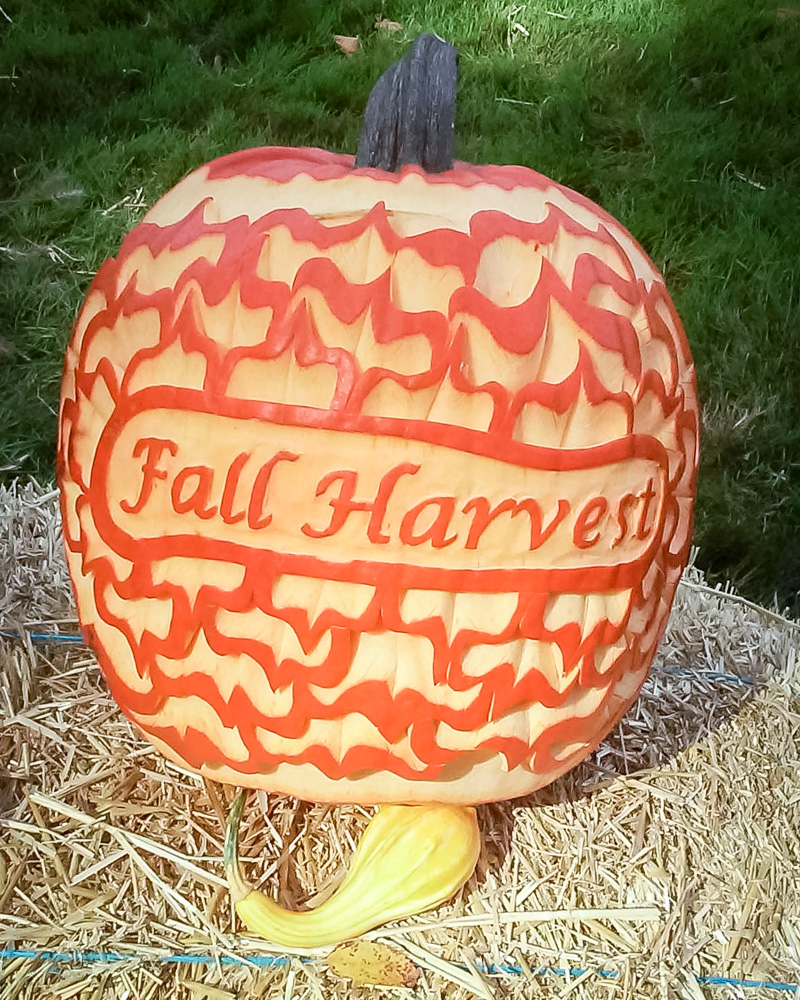 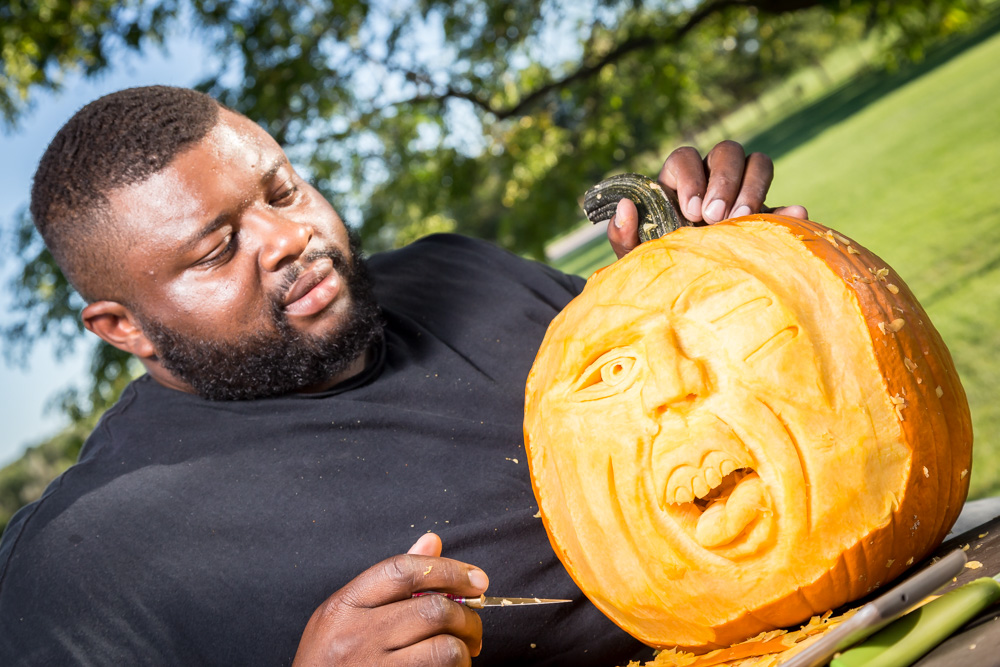 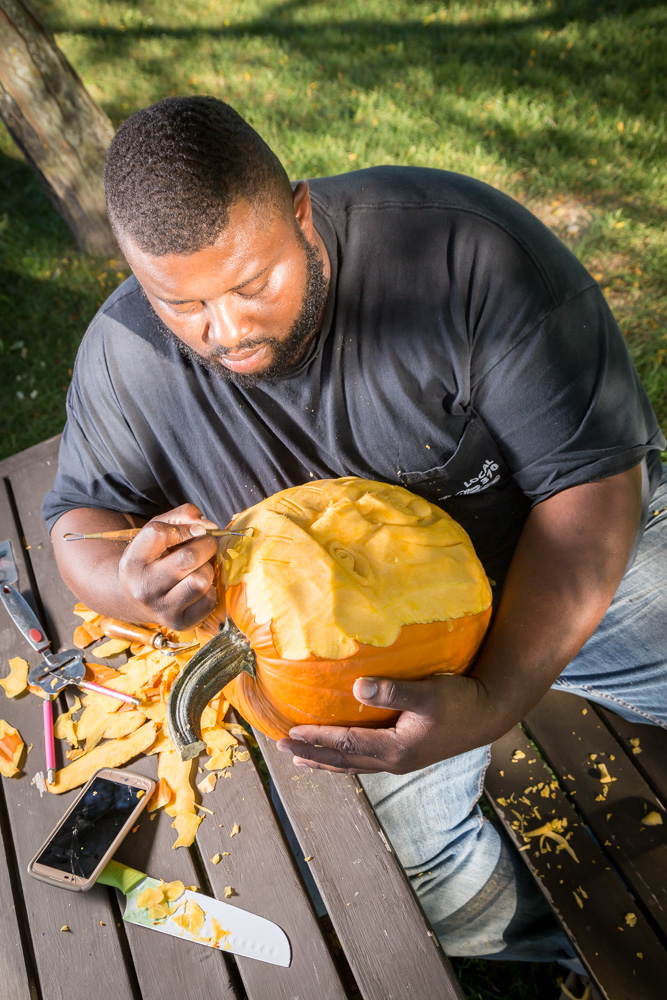 Marcus says he is basically self-taught, but picked up a few skills from the book, Thai Culinary Arts. He started carving pumpkins about four years ago, using what he learned from carving watermelons. “A pumpkin is a little thicker medium, but the same principles apply,” he says. He even does carvings in 3D, which can only be done on heavier pumpkins with thick skin. “It really pulls out the details,” Marcus says. He gains most of his work through “word of mouth” and has worked as far away as Saginaw and Detroit.

Marcus’ bases his carvings on the theme of each event. He starts out with a sketch of his design and goes from there. His very first event was a child’s Halloween party where he says the kids went crazy over his watermelon carvings of Finding Nemo characters. Last year, Marcus carved nine pumpkins for the Fall Harvest Festival at the Applewood Estate.

Now, Forbiddenfruit has grown into a family affair. Marcus’ wife, niece, and son all help with carving. And he finds the work to be very rewarding. “I love seeing the response from people when they see it,” he shares.