Over the past 18 months, a steady hum of excitement has emanated from the Capitol Theatre building. The mystery of the renovations and when it would open remained behind the wall of glass doors, keeping the community wondering.

The 90-year-old Flint landmark was, in fact, slowly and meticulously renovated to its former beauty and brought into the 21st century with modern updates, focused on efficiency.

The building, which Jarret Haynes refers to as “the Capitol Theatre Complex,” will serve as more than a single, dazzling performance venue. Haynes is Executive Director of The Whiting, which will manage the Capitol Theatre, and explains that it is a building meant to serve the community. “This is not just a restoration project of a theatre, it’s a restoration project of a building that evidences an ecosystem – retail on the ground floor, public space on the second floor, and a 1,600-seat public assembly gathering place for the benefit and use of the entire community,” he states. 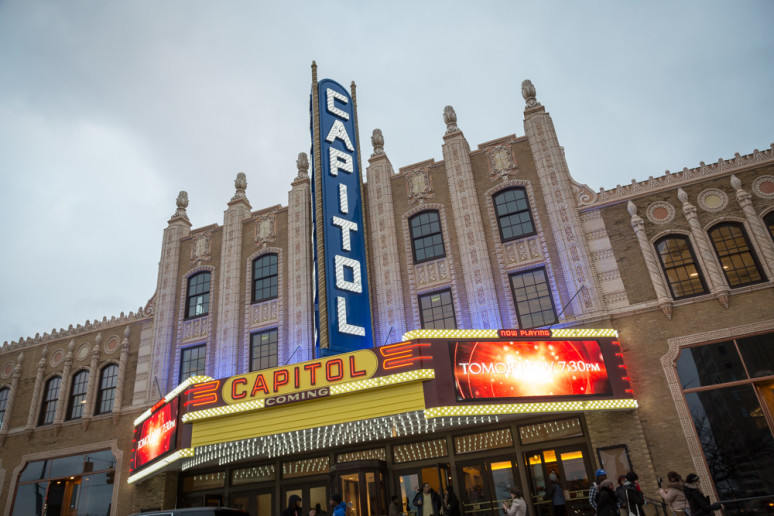 Last month, Haynes led an eager group of photographers and reporters on a tour that began in an unlikely place: the basement. “At the very beginning of this project, the entire basement was undeveloped space,” Haynes explains. The basement now houses a downstairs lobby for the “Black Box” – a 180-person maximum capacity alternative performance space that can also be used for events, dinners with performing artists, rehearsal space for community art groups, or theatre classes for youth. Haynes says, “in my experience and with what I see here, this space, because of its flexibility and accessibility, will be the primary space that’s used in the building.” He adds that the space gives the opportunity to run concurrent events, so that the Capitol Theatre Complex is full of energy and running efficiently.

lso built into the basement is the newly added greenroom for performers to use when they are not onstage. The greenroom is designed with one door for public access, “with someone at the door with a guest list,” Haynes adds, and a separate entrance for the artist to move from backstage to the greenroom with ease and privacy. It will also serve as a public meeting space. “One thing that we try to do, as a nonprofit, is maximize the extent to which we can utilize this space that generates income and supports our nonprofit mission,” Haynes states. “We have stayed within the footprint of the building, yet we have been able to outfit it with additional performance, event, and service space.”

The Capitol Theatre is in the “soft opening” process, which began December 8 with its first performance in almost 20 years, “A Classy Brassy Christmas and More.” This was a free holiday concert to welcome the community and to test all of the new light and sound systems. “We’re doing a soft opening because nothing changes the character of a theatre like the introduction of flesh and fabric,” Hayes shares.

The audience is the determining factor, and the guests who attended the ribbon-cutting ceremony were reminded how important they are to the success of the theatre, and in maintaining the forward momentum of Flint’s resurgence. 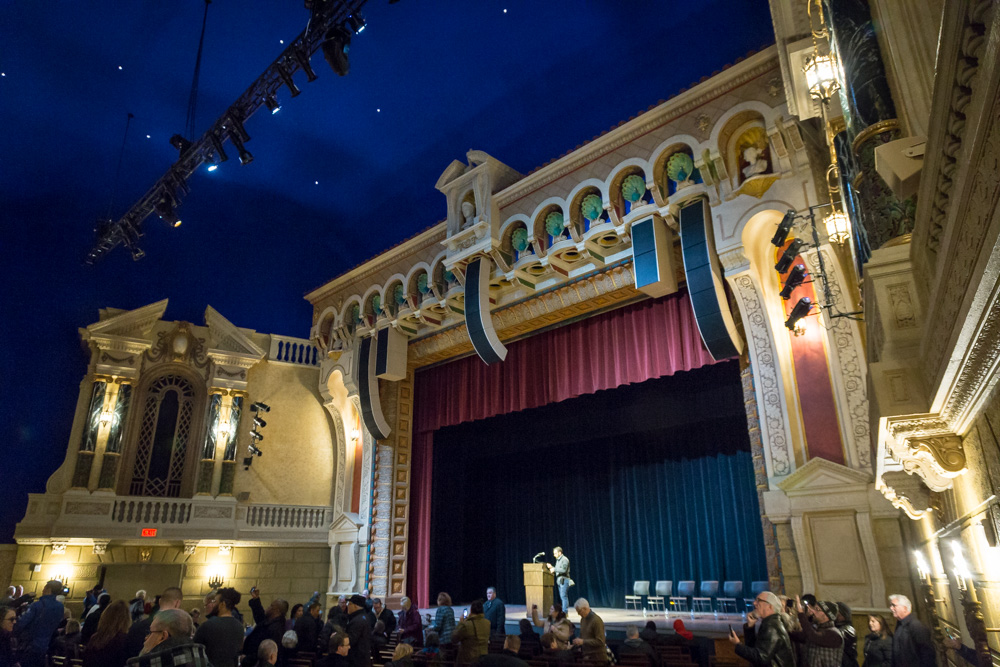 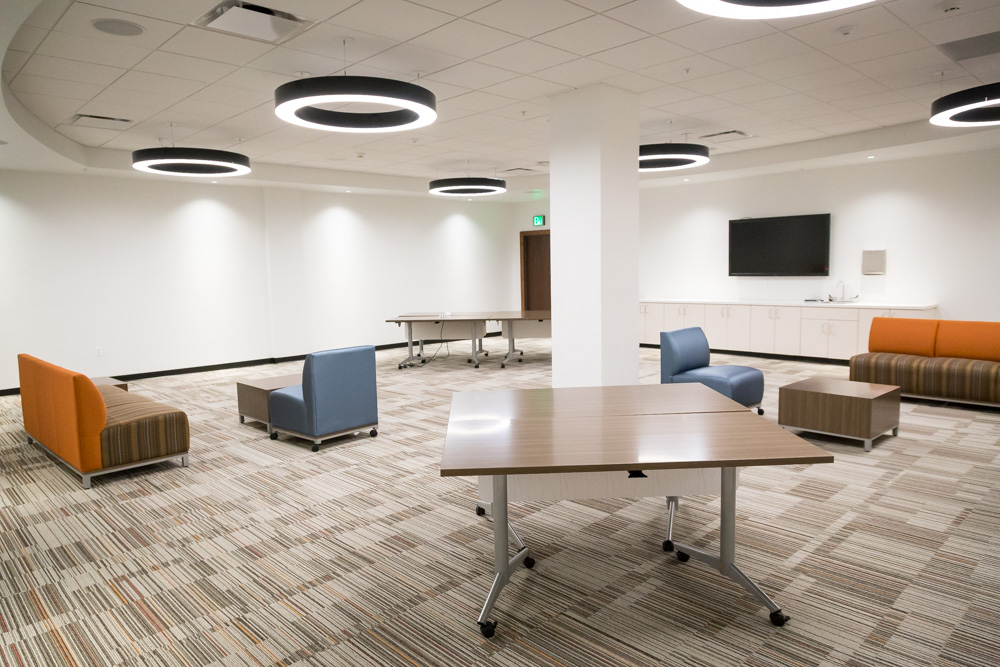 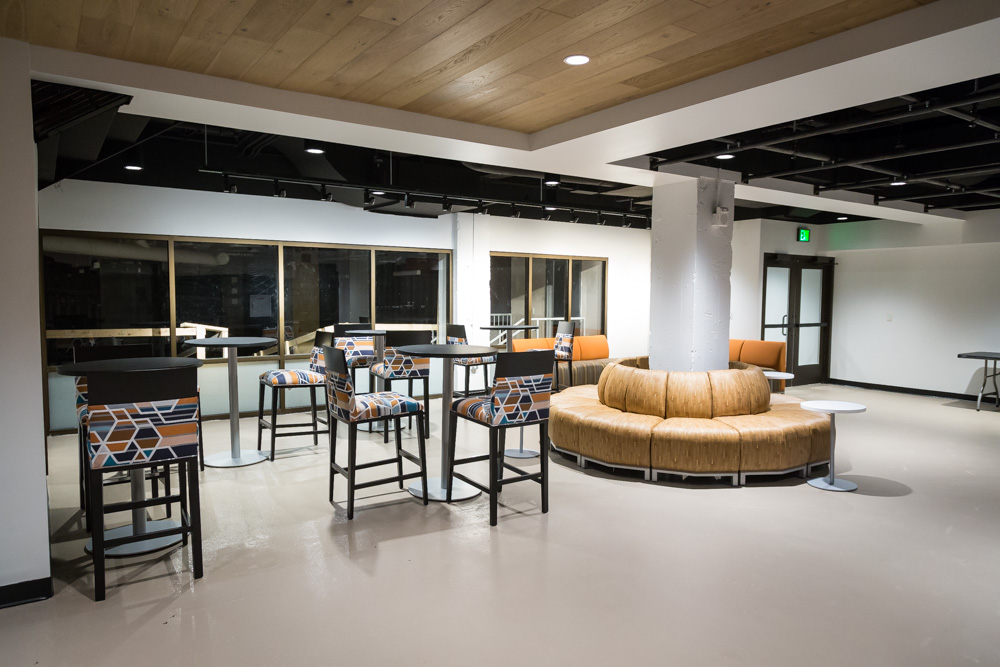 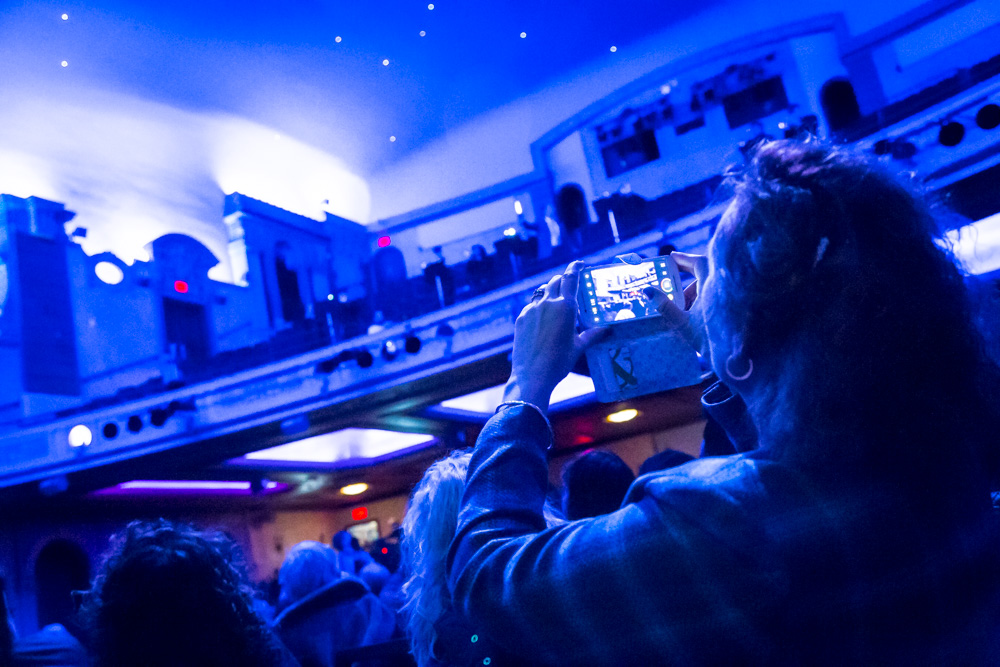 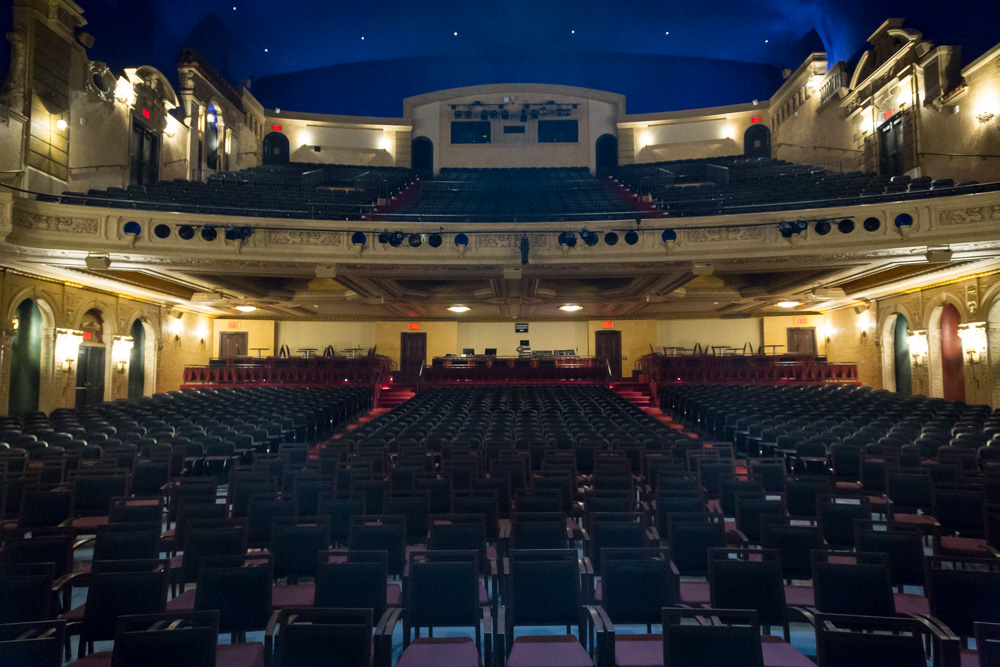 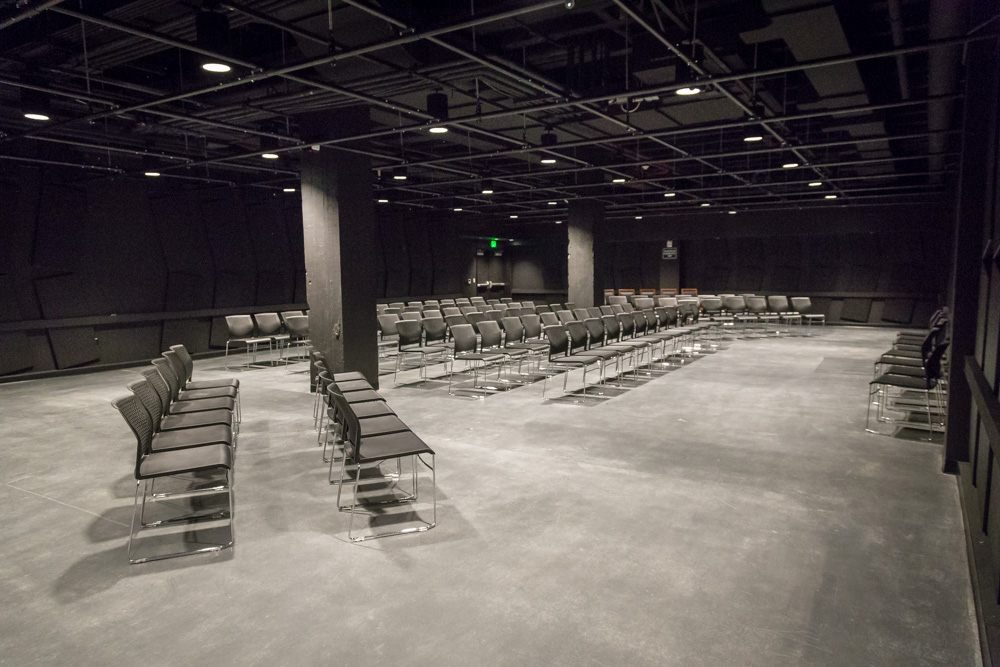 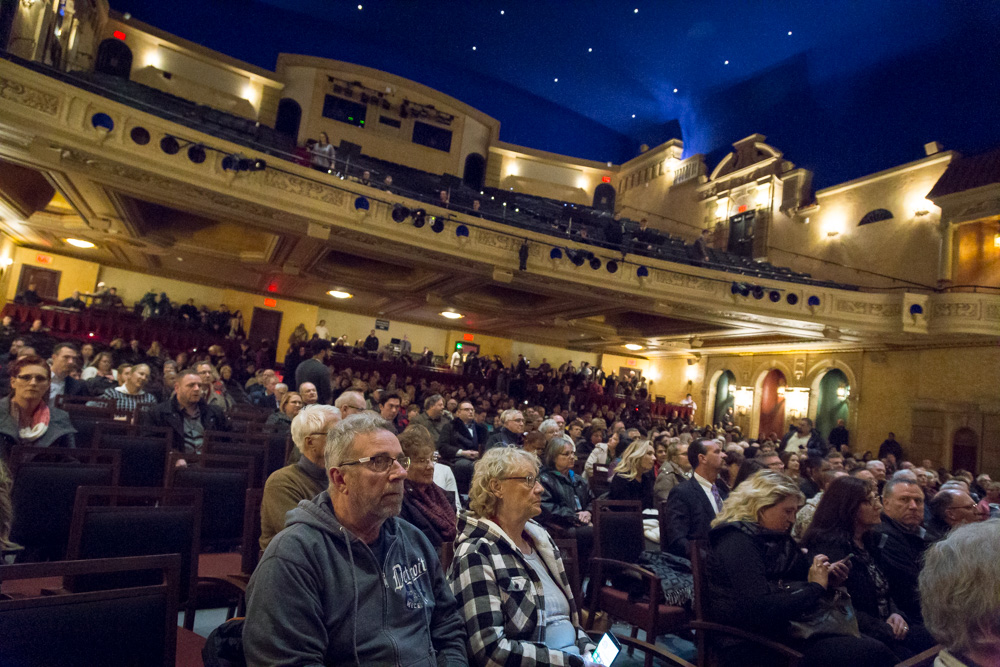 The main theatre’s paint and plaster work was all restored by one long-time Flint resident, Steve Heddy, who spent the last year and a half painstakingly restoring it to it’s former glory. Lieutenant Governor, Brian Calley, who spoke at the ribbon-cutting, stated, “I want to appreciate the attention to detail in the renovations; there really aren’t too many people in the world who could make the transformation that has happened here – as you look across this building and especially this room. And it was led by Steve Heddy, Flint’s own. This man is a national treasure and this space is a Flint treasure.”

Mayor Karen Weaver was on hand at the ceremony to acknowledge the hard work of all involved, and to celebrate with the community. “Flint will have the best comeback story of all and this is proof, sitting in the Capitol Theatre. We need to give special thanks to Uptown Reinvestment Corporation, the Mott Foundation, the Community Foundation, the Hagerman Foundation and Flint City. We are showing Flint, the state, and the country that Flint is worth the investment and we are open for business.”
Photography by Eric Dutro 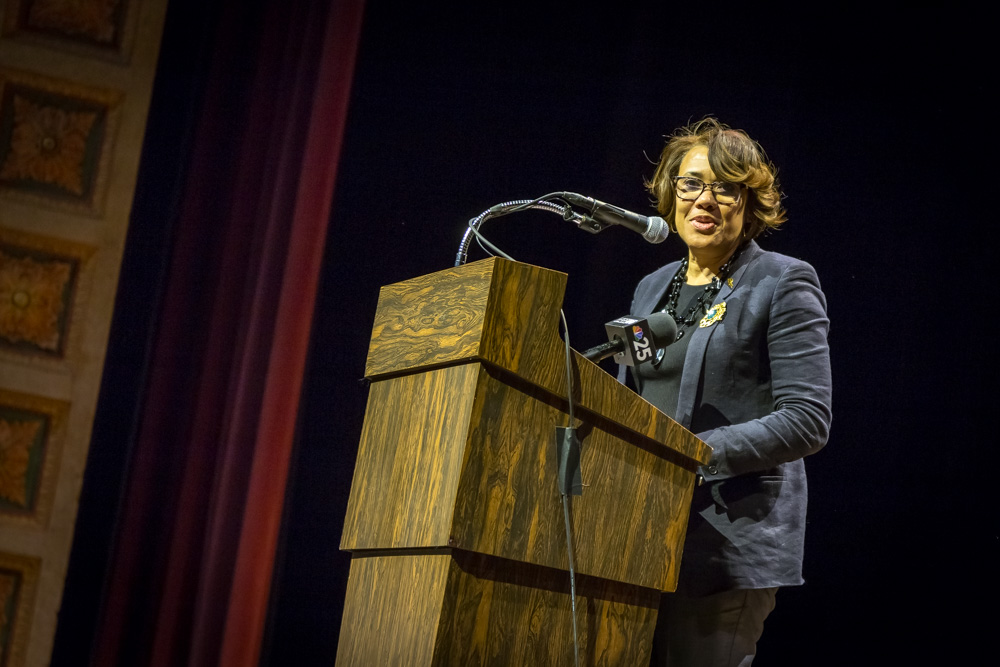 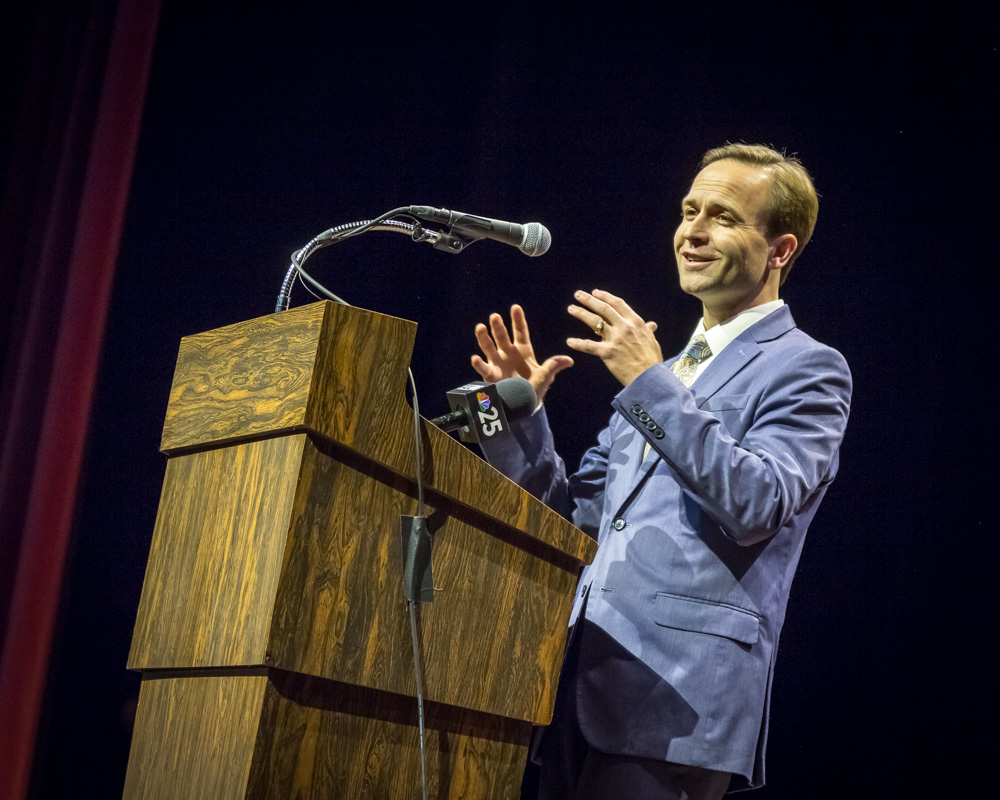