Genesee County is home to many wonderful service organizations that do a lot of good things for the community. Last month, one of those organizations celebrated a very special milestone. The Kiwanis Club of Flint celebrated 100 years of service on April 20 at Sloan Museum. “It was an amazing evening!” exclaims Peggy Nolde, President of the club that is dedicated to the Kiwanis International mission: changing the world – one child and one community at a time. “The Kiwanis Club of Flint is a wonderful organization,” Peggy adds.

The anniversary event was attended by approximately 100 people. Dee Hudson, Michigan District Governor, presented a 100-year banner and a letter of recognition to the Flint club. Genesee County Commissioner Mark Young presented a proclamation in honor of the milestone. Another highlight was the club’s presentation of a $5,000 check to the Hurley Foundation, and a commitment of $5,000 for 2018 and $5,000 for 2019 to support a project that helps children affected by lead in the city’s water. The donation was accepted by Dr. Lauren O’Connell, who heads the Hurley Children’s Center VIP (Video Interaction Project) and Patrick Naswell of the Hurley Foundation. “It was an honor to have so many people help us celebrate this momentous occasion,” Nolde says. “I am so honored to be the president of the Kiwanis Club and to serve with so many wonderful people.” 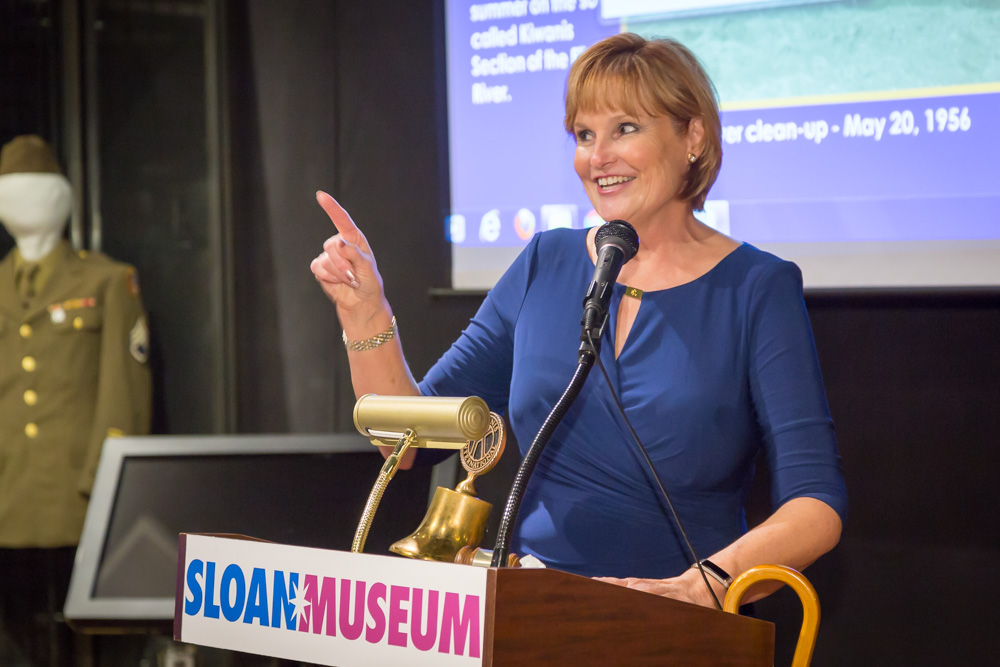 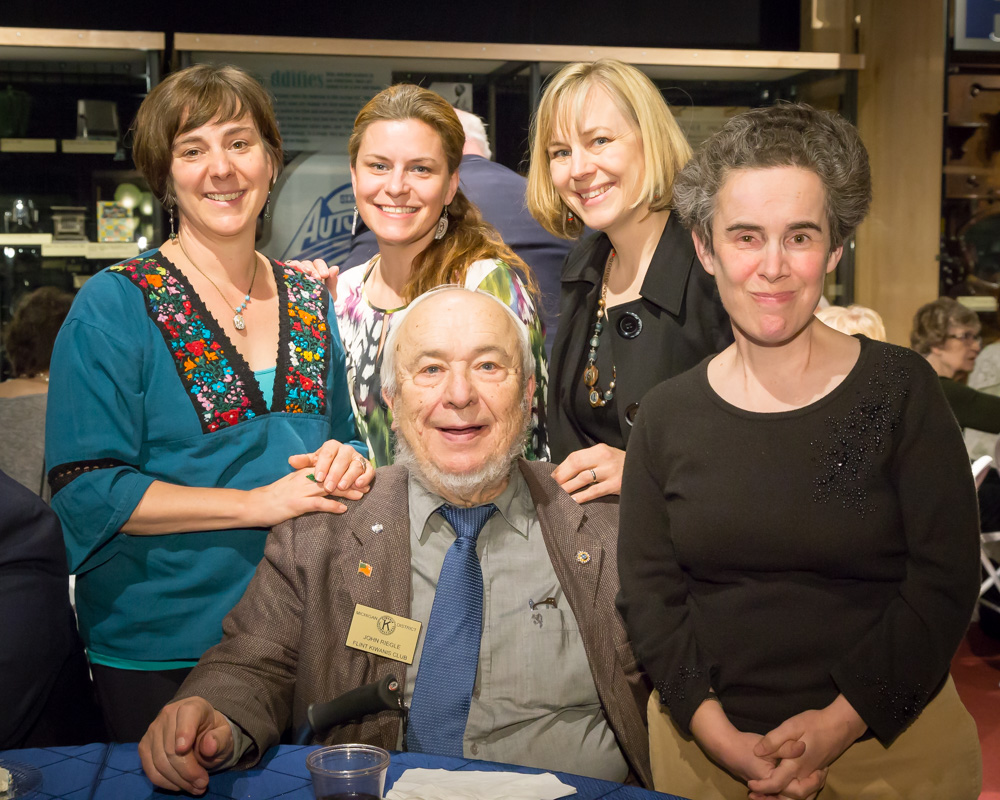 The Kiwanis Club of Flint has a rich history. Founded on April 20, 1917, it initially had 36 charter members. Many of the great names in the auto industry, education, business and the professions, as well as community leaders have been and are currently members.

Nolde says that the club’s main focus is to award a number of grants to organizations such as the Food Bank of Eastern Michigan, Carriage Town Ministries, and Crim Special Olympics – the club raised funds to help Bobby Crim and Lois Craig get the project started. Club members volunteer and hand out medals at the Crim Race, and also volunteer at the Food Bank of Eastern Michigan.

According to its website, the Kiwanis Club of Flint holds two major fundraising initiatives each year: a gourmet nut sale in the fall, and sells sponsorships and advertising in the “Student Athlete of the Year” program book. Each month, the club honors two students (a boy and a girl) who have excelled in sports, academics and community service. “We’ve given 1,000 scholarships overall,” says the president. “Our focus is children within the City of Flint and the surrounding communities.” The Kiwanis Club of Flint also awards four scholarships annually to students who have excelled in scholastics and are in need of funds to help with college tuition.

President-Elect Joseph Shelby presents a $5,000 check to Dr. Lauren O’Connell & Patrick Naswell of Hurley. On hand for the anniversary celebration was John Riegle, the club’s longest-acting member with 63 years of service, pictured with his daughters.