In October 1919, General Motors Institute (GMI) was founded as The School of Automobile Trades and opened under the direction of Albert Sobey, with a curriculum of 12 evening courses taught by local auto plant workers. 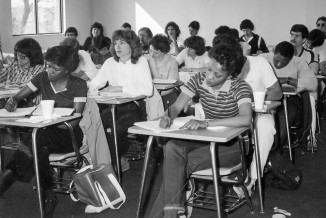 The school became the Flint Institute of Technology in 1923, offering a four-year cooperative education program, and enrolling more than 600 students. The General Motors Corporation took over financial support of the school in 1926, renamed it General Motors Institute (GMI) in 1932, and started utilizing the facility to develop engineers and managers. GMI also pioneered freshmen level manufacturing courses and automotive degree specialties. In 1945, the Institute added a fifth-year thesis requirement and became a degree-granting college with a continuing commitment to cooperative education. The first bachelor’s degree was awarded 1946. Because GM used the school to train its engineers, tuition was partially subsidized. 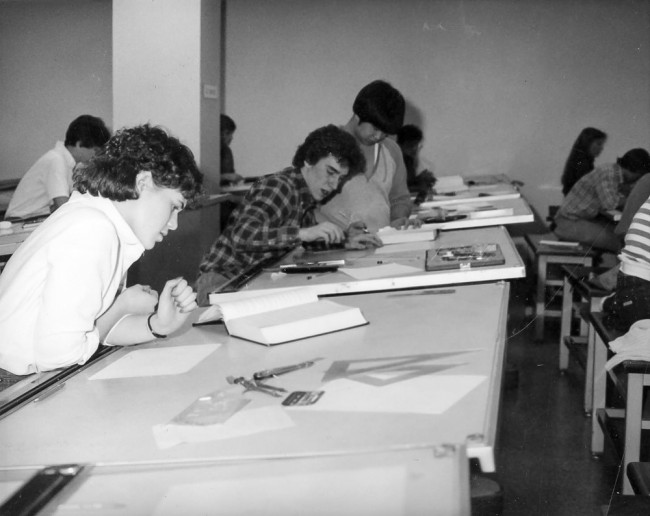 Albert Sobey was president of the institution from 1919-1950, and was succeeded by Guy Cowing, Harold Rodes, William Cottingham, James John and Stanley Liberty. The current president, Dr. Robert K. McMahan, Jr. accepted the position in 2011. 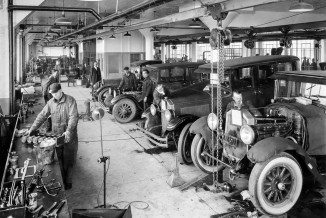 After reducing its operations in Flint, GM divested itself of ownership of the school as a private college in 1982. The school was renamed GMI Engineering & Management Institute, retaining the “GMI” moniker to allow easy identification with the old General Motors Institute. Also in 1982, the institution began offering graduate programs to on- and off-campus students. The school began charging full tuition as an independent private university, and kept the cooperative education model, expanding the number of co-op employers for students.

GMI was established in Flint to meet the GM’s growing training and education needs. With GM’s employment doubling between 1920 and 1926, GMI focused on training plant supervisors and engineers. The institution also offered extension courses and a work-study co-op program. GMI was owned by General Motors for 56 years. 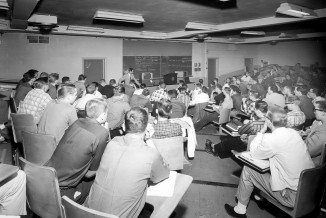 To publicize the expansion of its academic programs, the university’s name was formally changed to Kettering University on January 1, 1998, in honor of Charles Franklin Kettering. Kettering was an engineer and director of research for GM, born in 1876 in Loudonville, OH. A holder of 186 patents, he most notably patented an electric self-starter for the automobile in 1915. His key-operated electric self-starting ignition system, introduced to Cadillac vehicles in 1912 and patented three years later, made vehicles safer and easier to operate, compared to hand-crank ignitions.

Among his many other achievements, Kettering helped develop Freon, and also invented a treatment for venereal disease.

Charles Kettering was vice president and director of research at GM from 1920-1947. He co-founded DELCO (Dayton Engineering Laboratories Company), which United Motors Corporation (GM) purchased in 1916, and also helped found the Flint Institute of Technology in 1919.