This year, Genesee County Parks, the state’s largest county park system with over 11,000 acres and more than 40 locations, celebrates its 50th anniversary. According to Danielle Fulcher, Communications, Event and Brand Manager at Genesee County Parks & Recreation (GCPR), it’s going to be a year-long event. “It’s a whole year of celebration!” she exclaims, adding there will be different happenings every month. And according to an official GCPR press statement, it is also 50 years of celebrating the best of nature, 50 years of preserving the Great Lakes history and heritage, 50 years of offering a tremendous recreational infrastructure to the people of Genesee County and beyond. GCPR is also celebrating 50 years of support from the people of Genesee County, says Fulcher, who’ve made it possible to create, protect, nurture and grow the largest, most diverse and best county park system in Michigan. 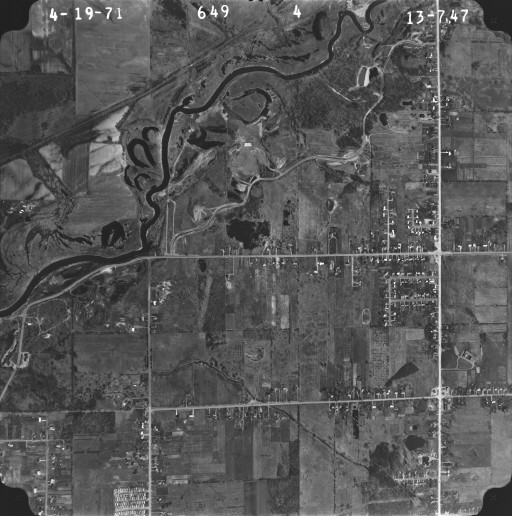 The celebration was officially kicked off on April 29 during the opening of the Atlas County Park in Atlas Township. “We had a great turnout at the ribbon-cutting,” Fulcher reports. The festivities continued with a fireworks display at Bluebell Beach on Memorial Day weekend. “The weather played well for us,” she adds. “It was a good turnout and a really great fireworks display.” All of the anniversary events are listed on a calendar on the parks’ website. “We consider each event to be a celebration of our 50 years.”

In honor of the occasion, GCPR has created the opportunity for community members to share unscripted messages, made into a video, about what the parks mean to them. “We hope that you will listen to their messages and remember how the Genesee County Parks have impacted you,” says Fulcher. “Whether it’s just having a picnic at the park, taking a walk or doing what you love at the parks, we want you to share your story,”

Fulcher also says GCPR is very happy to have the continued support of the Charles Stewart Mott Foundation. “C.S. Mott was responsible for sparking the seed for our parks,” she admits. “GCPR believes the history of the parks is to be celebrated and the back story is important. We want the 50th anniversary story to be told,” Fulcher says.

According to historical facts provided by Fulcher, it all started in 1960 when Genesee Recreation Area was embedded into the Master Plan adopted by the City of Flint. It gained traction in 1964 when Mott said, “Let’s do it.” Because of his foresight and the support of the C.S. Mott Foundation, the Genesee County Parks started taking shape, a millage was passed and land acquisition began.

In 1968, the first Master Plan was completed, more C.S. Mott Foundation grants were awarded and construction began where Mott Lake would one day be. Development of For-Mar Nature Preserve & Arboretum also began in 1968. Genesee County Parks and the City of Flint entered into a 99-year lease for Holloway Reservoir Regional Park, activity began in the Everett A. Cummings Event Center, and much more. 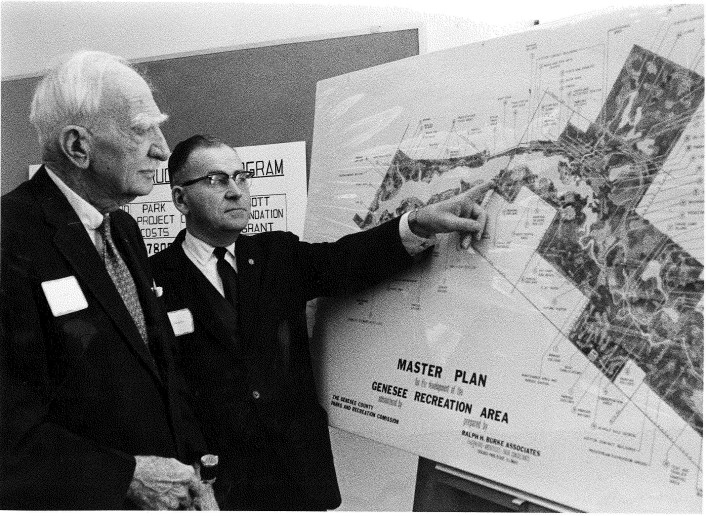 C.S. Mott and Parks Commission Board Chairman, Carl Ammerman, review the first Master Plan of the Genesee Recreation Area in 1968.

On July 4, 1976, Crossroads Village & Huckleberry Railroad opened to the public.

“Genesee County Parks may be celebrating 50 years, and as important as those first 50 have been, we know it is only the beginning,” Fulcher shares. “The past five decades of success are a direct result of the support of the community we serve, and we can only continue to improve with the support and participation from that same community. They’re our parks. They’re your parks. The Genesee County Parks.” 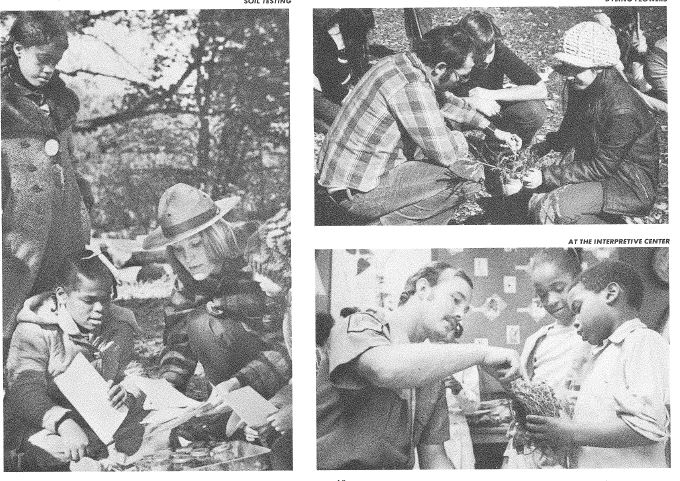 For Mar Nature Preserve and Arboretum 1974 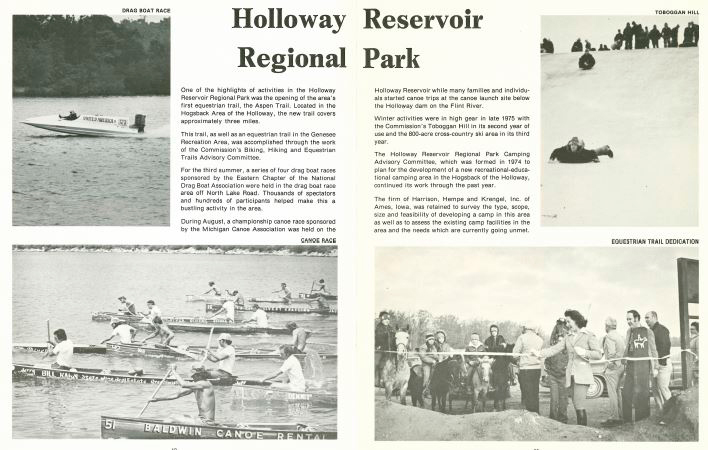 New accessible pathways were installed at Bluebell Beach, as well as accessible beach pads and transfer stations to allow safe access to the water.

The non-motorized Michigan Iron-Belle Trail/Flint River Trail is being extended from the GCPR office through to Vassar Road. This extends the existing paved trail system by just over two more miles.

The General Store at Crossroads Village has received some updates and new product offerings.

Wolverine Campground has a new fishing dock, water hook-ups were added to some sites, and new dump stations are currently under construction.

Hamilton Dam and Fabri Dam have been removed as part of the Flint Riverfront Restoration Project and work is continuing in Chevy Commons and on a section of trail there.

Photography by Jennifer Hodney and Provided by Genesee County Parks