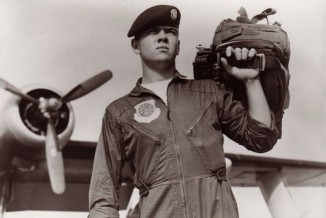 November is the month that our country honors its veterans, the men and women who put themselves in harm’s way so that we can lead safe and secure lives. And there is perhaps no other veteran in the state of Michigan more deserving of recognition than Duane Hackney – a Flint native and Beecher High School graduate – and the most decorated enlisted airman in United States Air Force history. His story is on display at the Michigan Military and Space Museum in Frankenmuth. He served during the Vietnam War as a para-rescueman. To his son, Jason Hackney, his father was a humble man and a good father. “He didn’t like to talk about his time in the service,” says Jason, “and he didn’t think of himself as a hero.” But a hero he was. 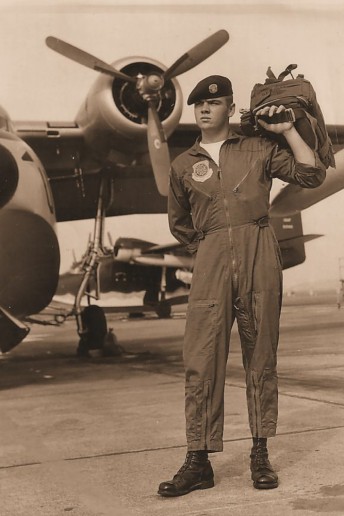 Airman Hackney served three tours of duty in Vietnam and flew more than 200 combat rescue missions. He survived as a passenger of five helicopters that were shot down. “He flew over North Vietnam in enemy territory and put his life on the line to rescue people,” says Jason. “My father saved many lives, and because of his heroic efforts, the survivors had the opportunity to return home, raise families and have grandchildren. He did his job.”

Duane was just 17 when he enlisted, right out of high school. “He asked that he be put in a situation where he could save lives rather than take them,” Jason explains. As a para-rescueman, he was lowered into the jungle to look for survivors of downed aircraft. He would provide them with medical treatment, and then rescue them. He took a bullet in his leg on his first mission, but to avoid being grounded, he didn’t report the incident to the paramedics. Airman Hackney left active duty in 1973, but enlisted again four years later and returned to duty, continuing to rescue people. The decorated war hero retired from the USAF in 1991 as Chief Master Sergeant. “He is still the most decorated enlisted airman in Air Force history!” exclaims Jason. Duane was awarded 28 decorations for valor in combat and more than 70 awards and decorations in all, including four Distinguished Flying Crosses, 18 Air Medals, a Silver Star, and a Purple Heart. “He also won the Air Force Cross, the second-highest award behind the Medal of Honor,” says Jason. In 1967, Duane was the recipient of the Cheney Award, which is “given for an act of valor, extreme fortitude, or self-sacrifice in a humanitarian interest performed in conjunction with aircraft.” 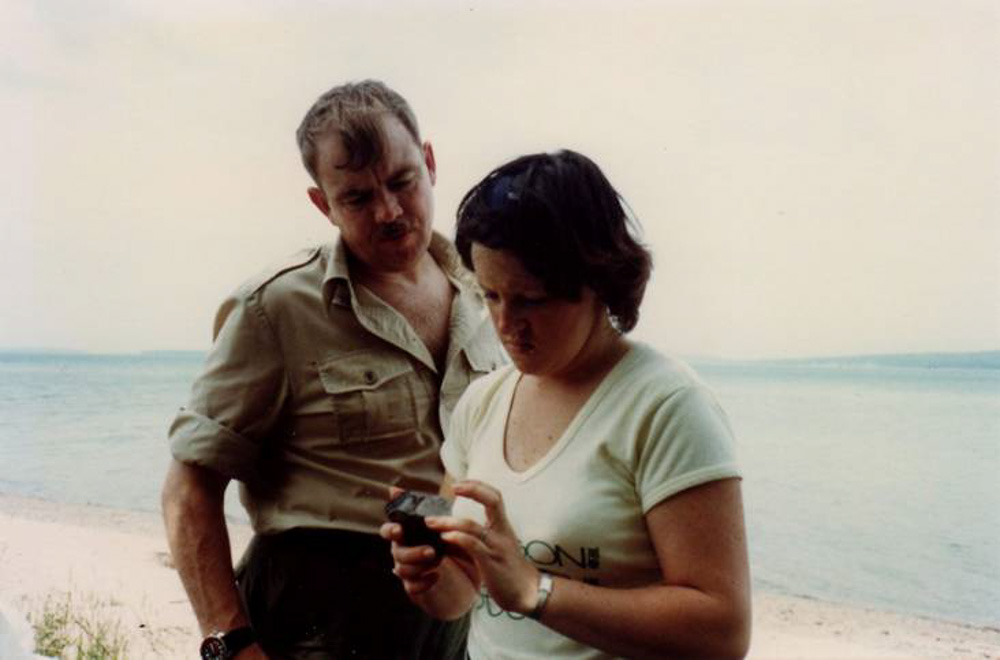 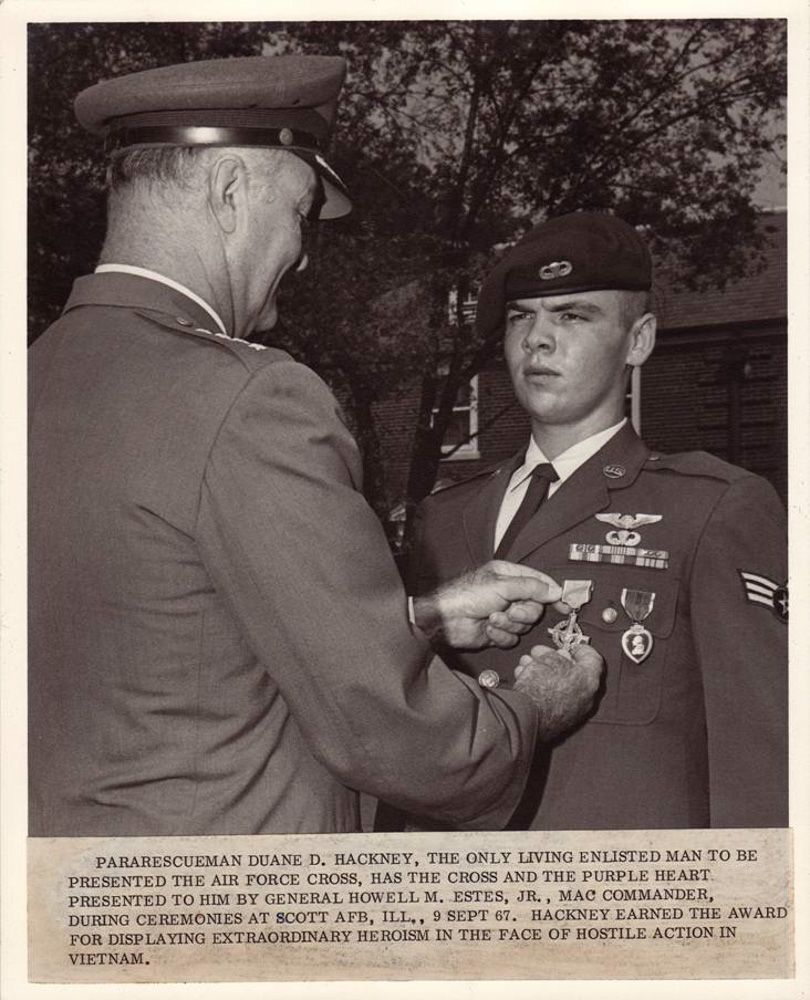 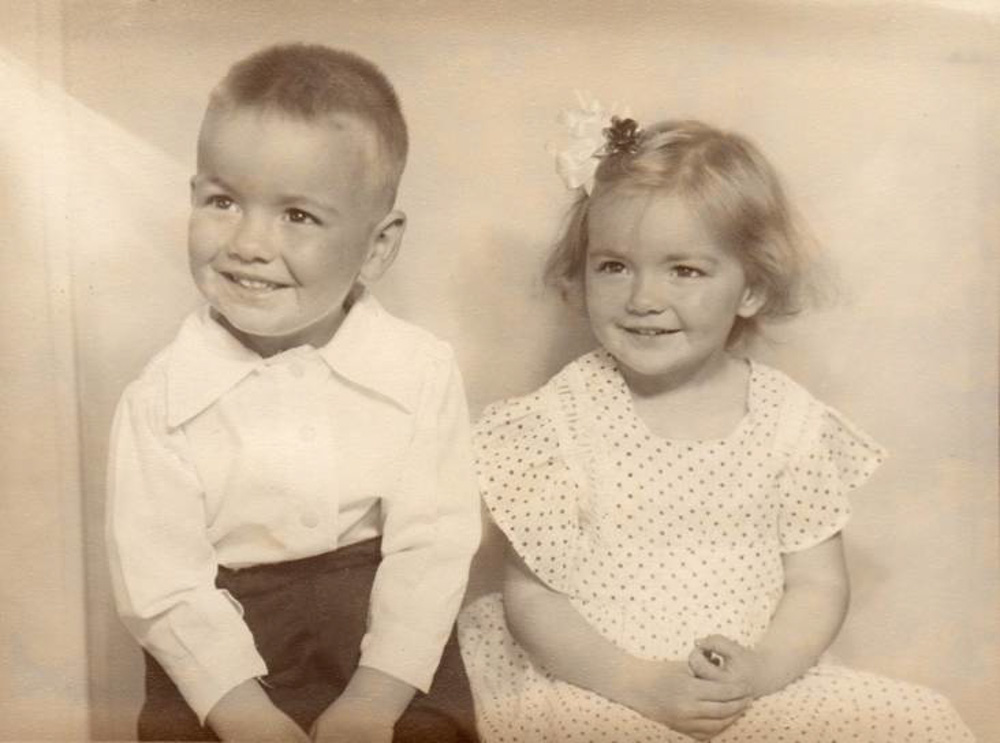 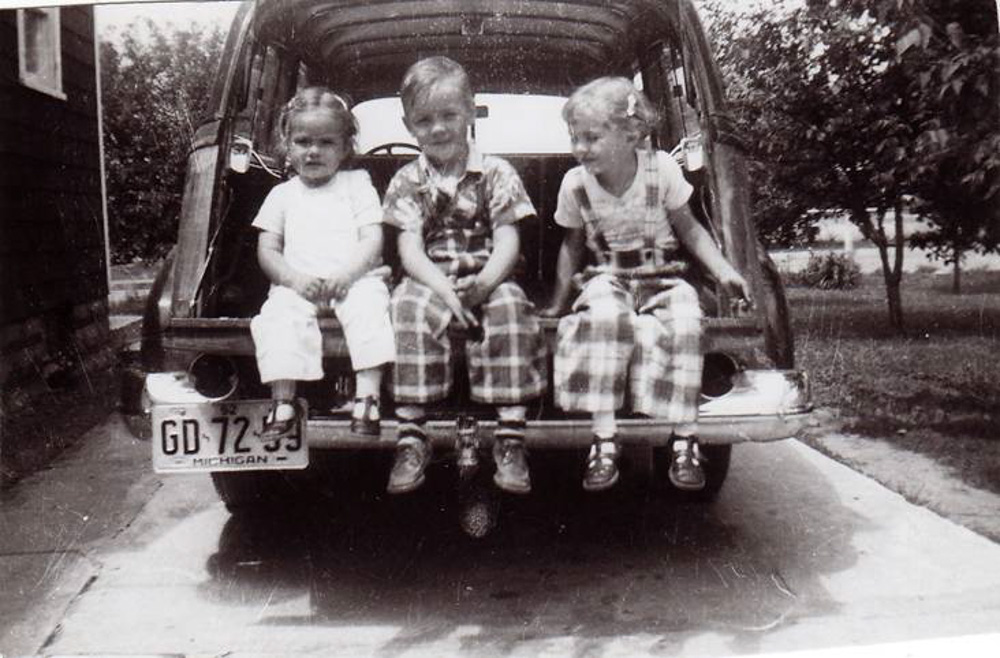 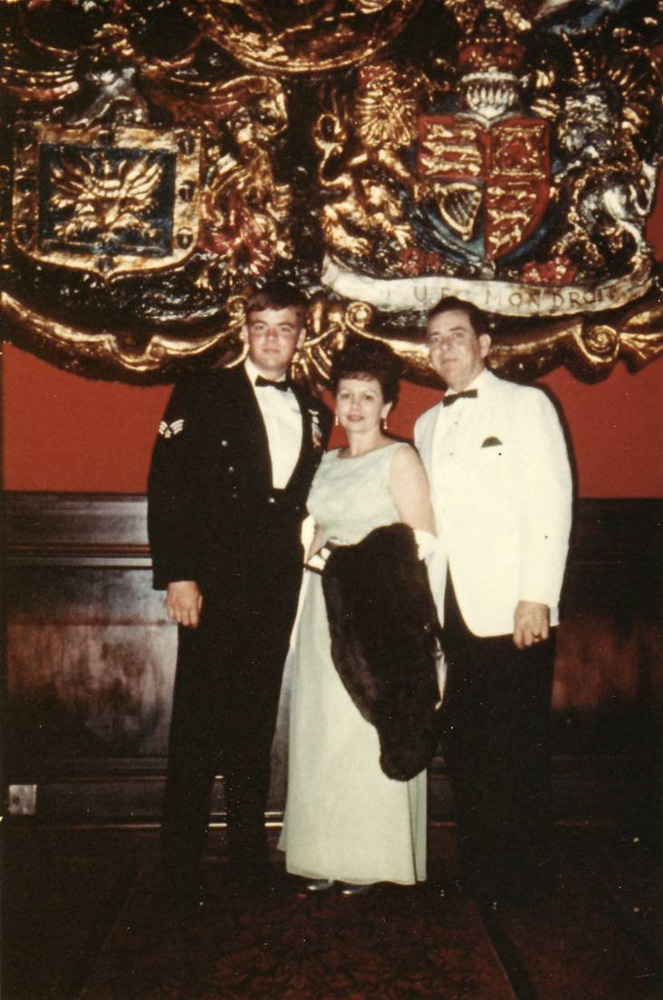 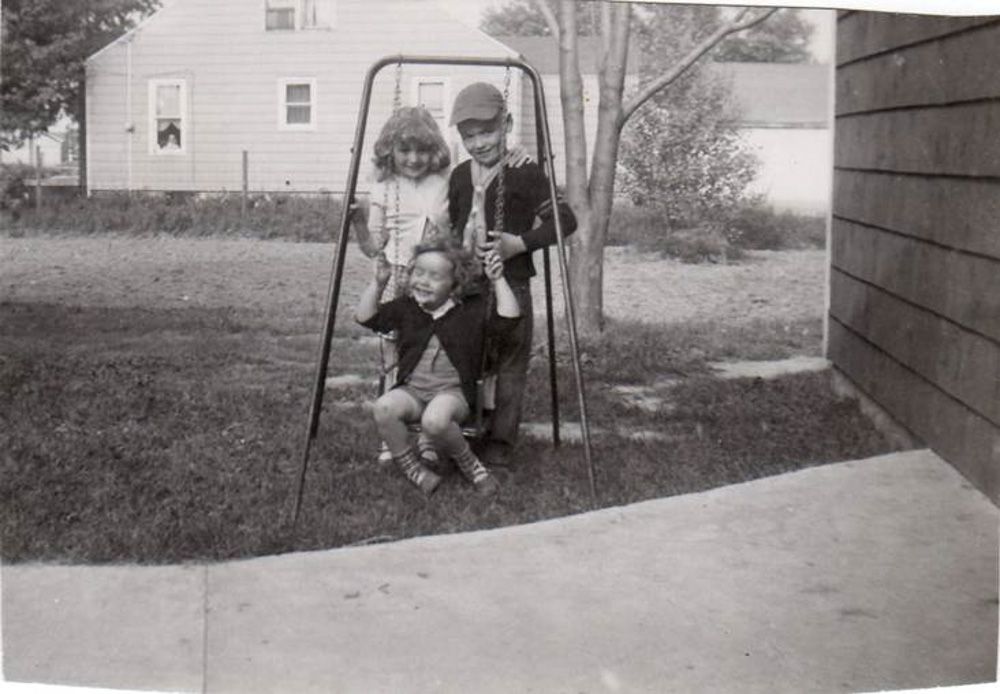 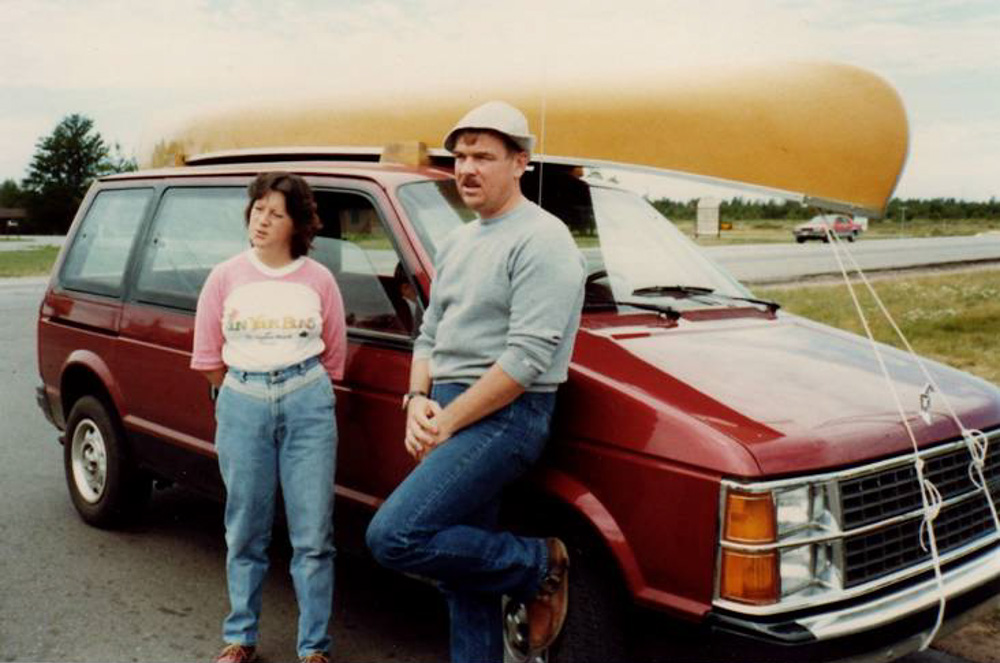 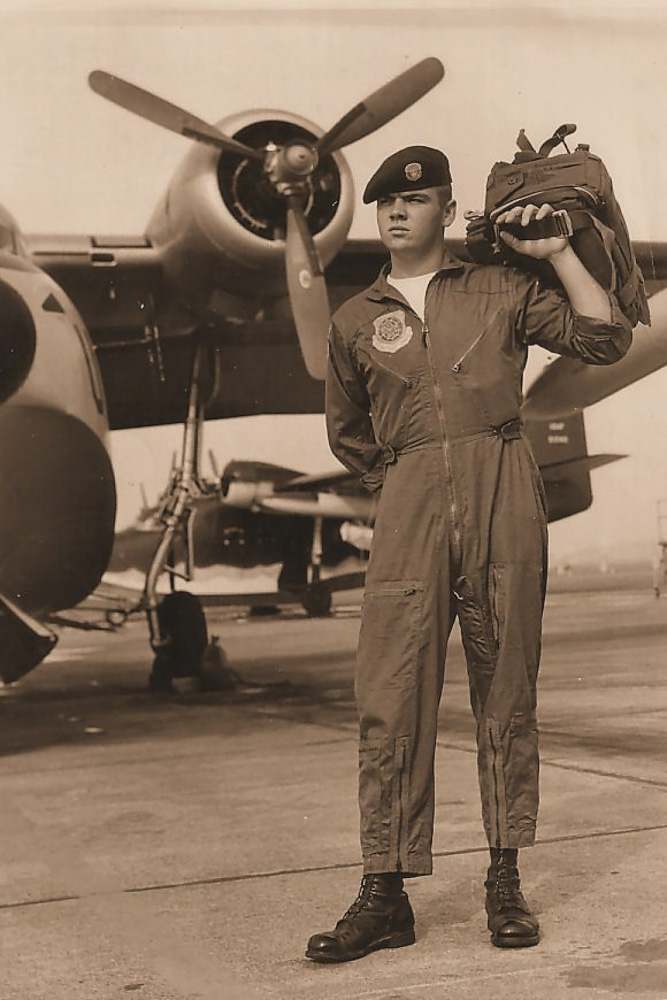 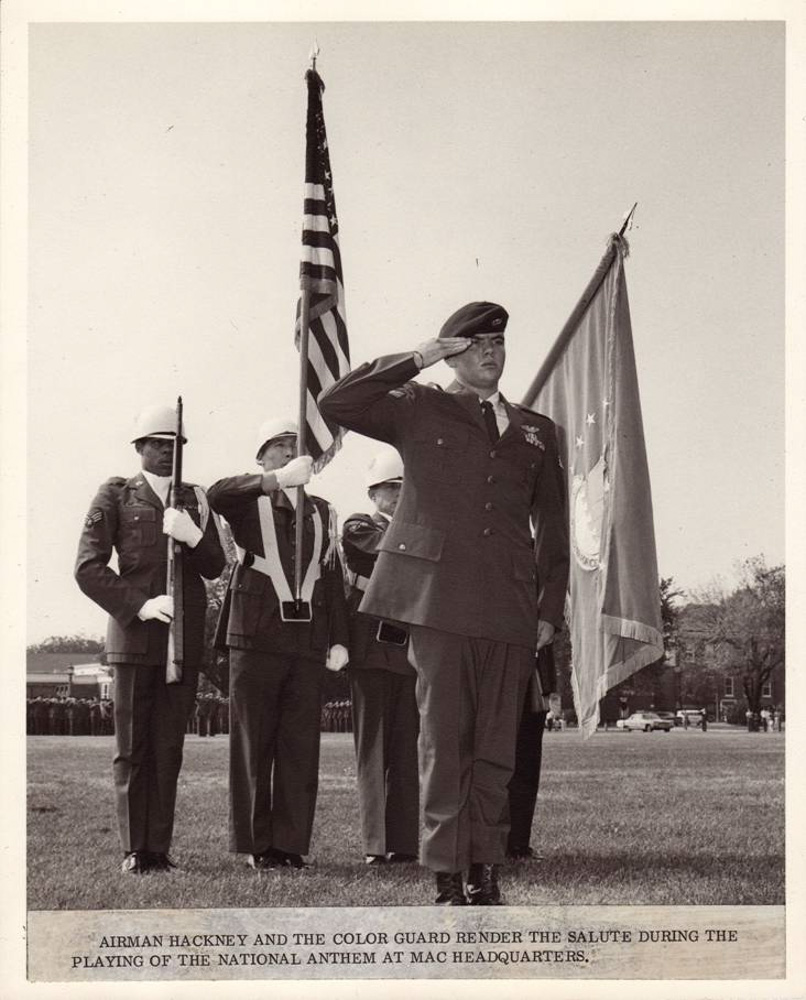 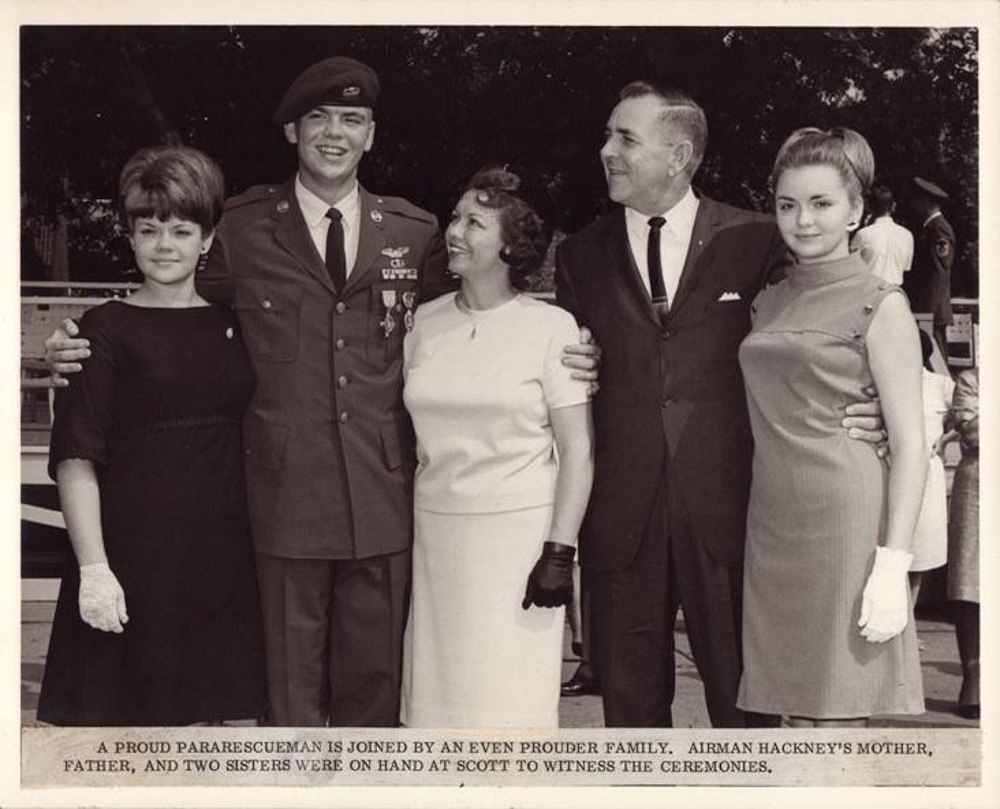 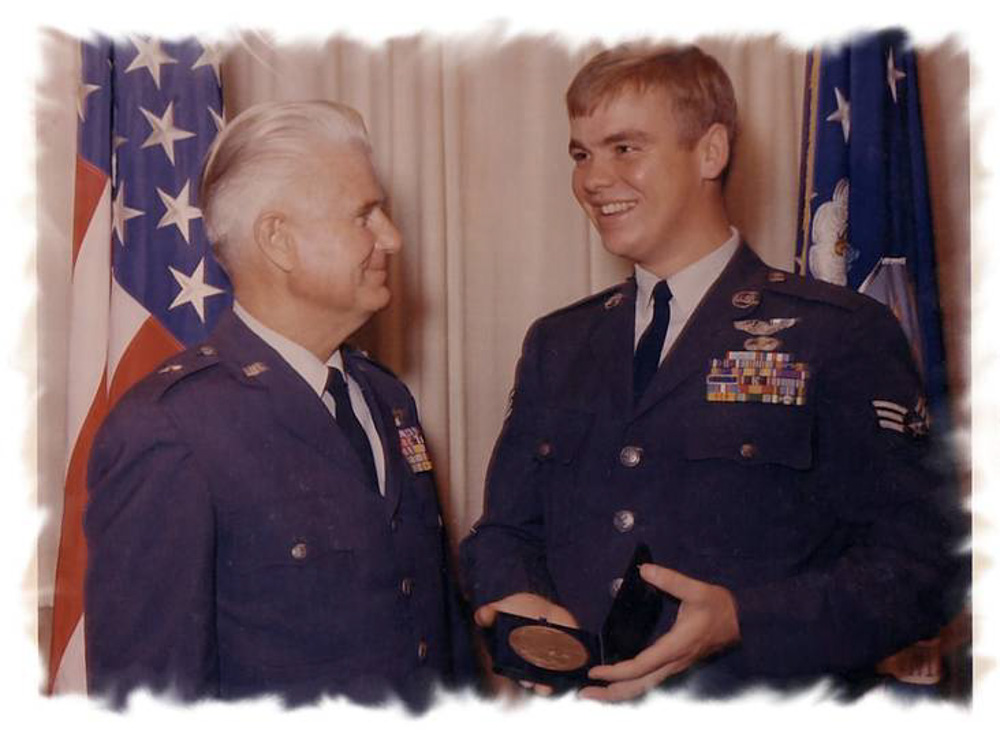 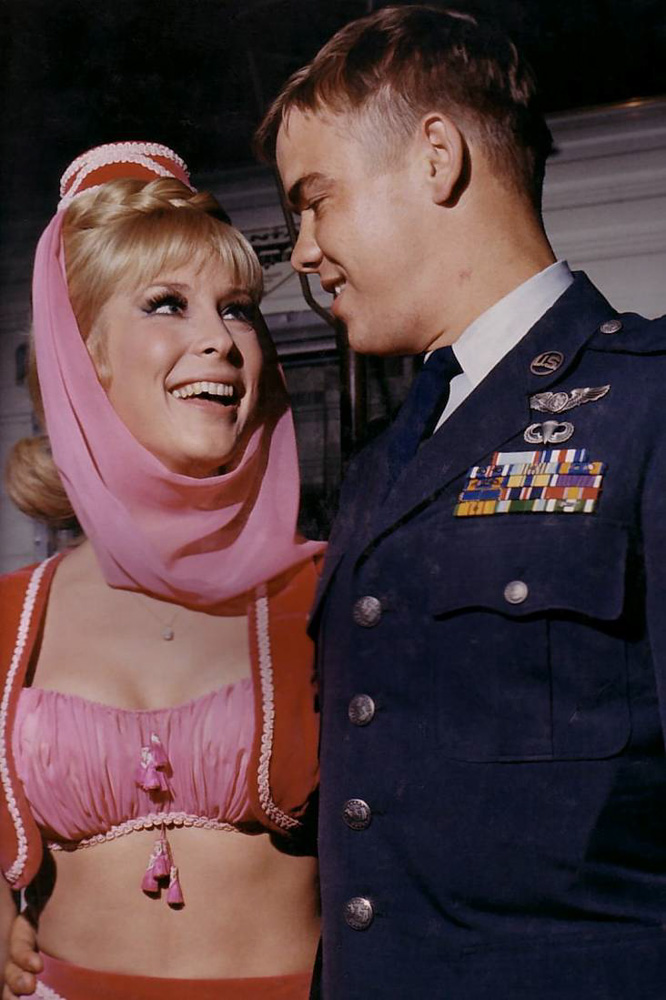 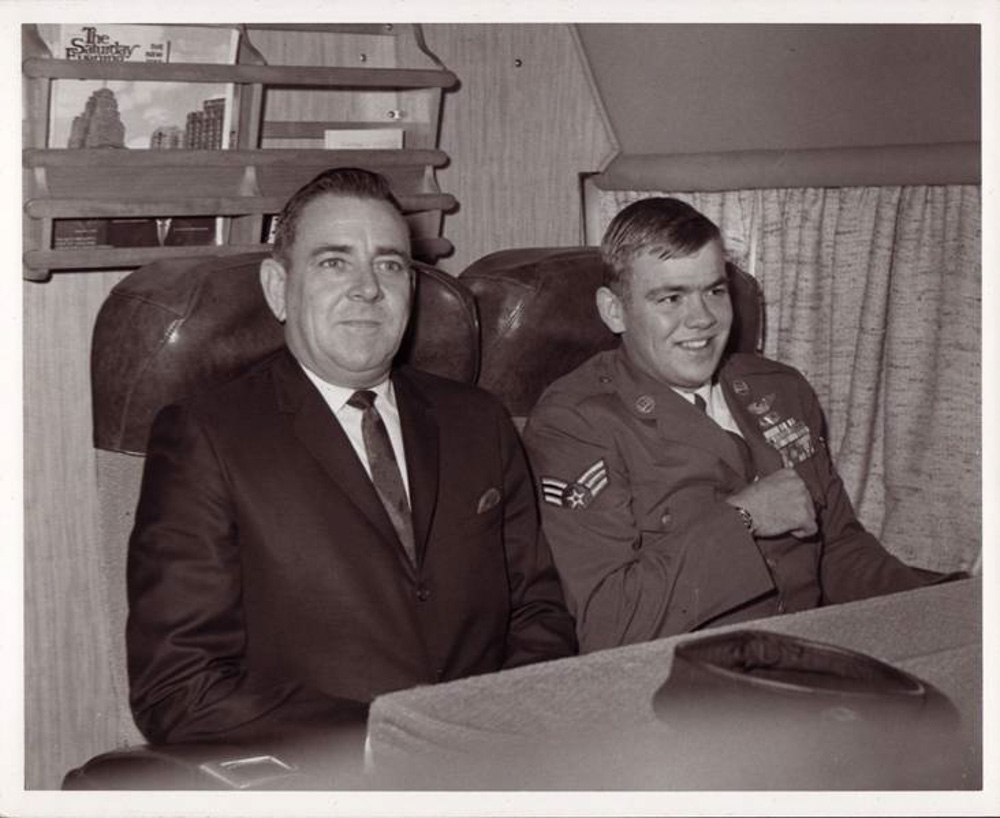 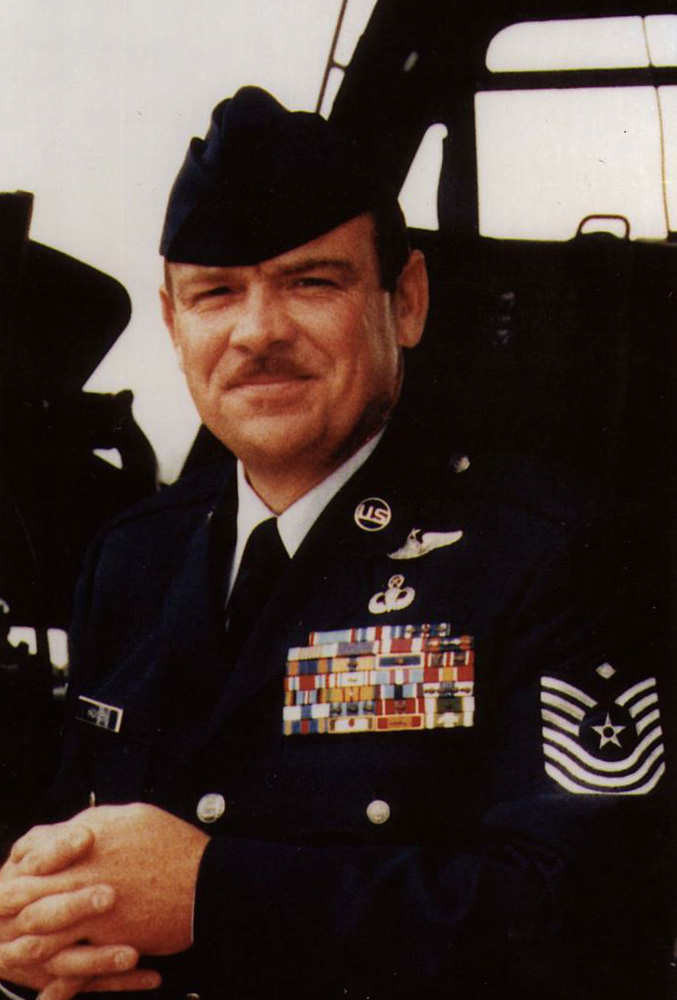 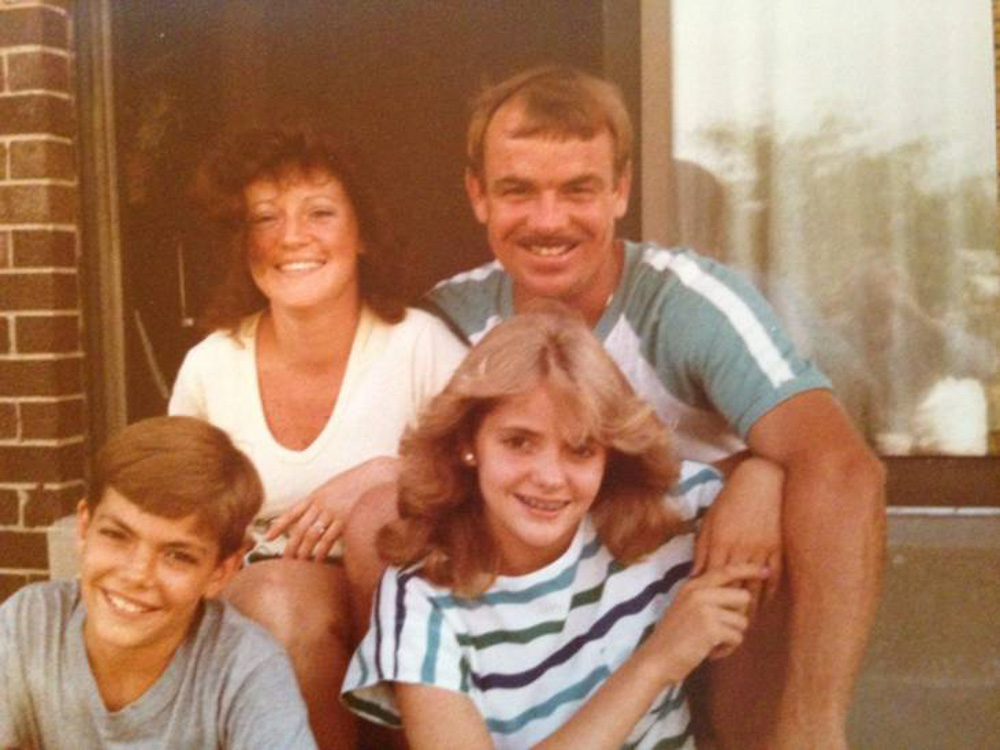 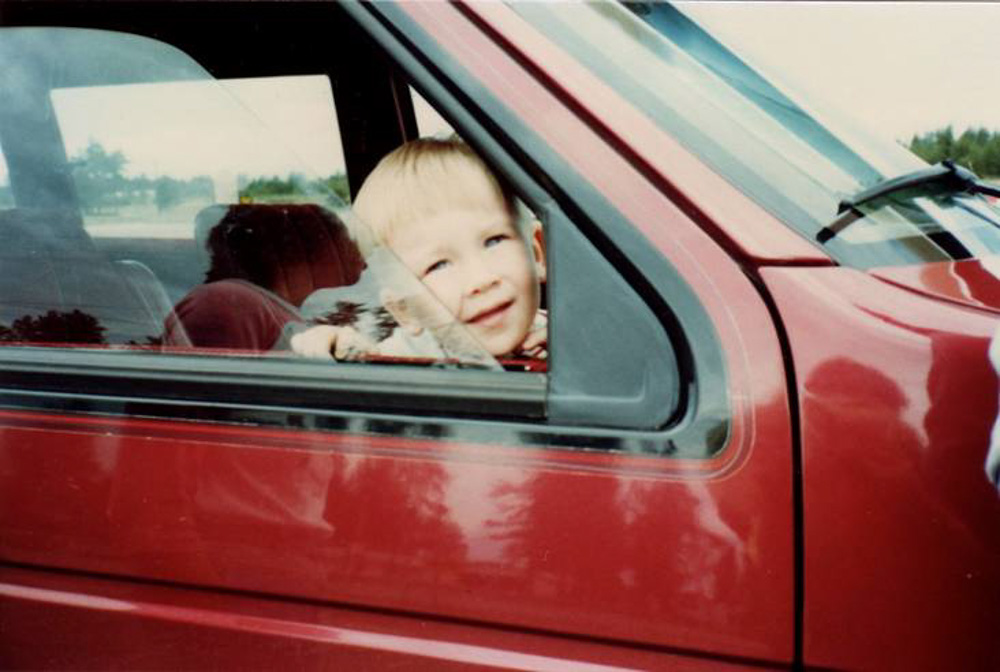 Jason was only nine years old when his father passed away; he died not during active duty, but of a heart attack when he was just 46 years old. “Vietnam took a toll on his life,” he shares. Jason was born while his father was stationed in Illinois, and was two years old when his family moved to Michigan’s Upper Peninsula where Duane was stationed at K.I. Sawyer Air Force Base in Marquette. Six years later, they moved to Williamsport, Pennsylvania, where they were living when his father passed away. Jason’s mother, Carole, continues to live in Williamsport. Duane’s twin sister Diane lives in Florida, and his other sister, Janice, lives in Grand Blanc. Jason recently moved back to Michigan and lives in Farmington Hills where he teaches at a Detroit high school. Many of his students are from war-torn countries such as Yemen, Iraq and Libya, and have family members involved in civil wars. By helping those students, he feels he is following in his father’s footsteps. “I’ve never put my life on the line like my dad did,” he says. “My dad dealt with yesterday’s conflicts and I deal with the conflicts of today. I see the repercussions of war through my students.” 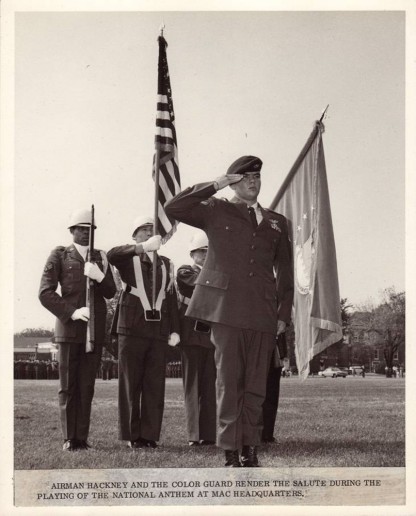 What does Jason remember about his dad? “He was a very, very loving father and he taught me major life lessons,” he says. “He taught me to be respectful. He loved my mom very much and treated her like a queen.” Jason said education was important to Duane and it was important that his son did well in school. “My father led by example. Most people knew him as an Air Force hero. I knew him as ‘Dad.’”

The story behind the Air Force Cross Award

Duane Hackney’s most celebrated mission was on February 6, 1967, when two helicopters, Jolly Green 05 and Jolly Green 36, were attempting the recovery of a downed O-1F pilot, Nail 65, near the Mu Gia Pass, North Vietnam. After Airman Hackney made one unsuccessful trip to the ground in search of the pilot, both Jollys returned to base due to foul weather. Later in the day, the helicopters launched again and located the survivor. Airman Hackney was lowered to the ground, and after securing the survivor into the Stokes litter, both were lifted out. No sooner did they reach Jolly 05’s door when ground fire erupted.

As they raced to exit the area, the helicopter was hit with a 37mm anti-aircraft round and caught fire. With complete disregard for his own welfare, Airman Hackney removed his parachute and placed it on the survivor. He lunged to grab another one from storage as the helicopter, a growing, blazing fireball, arched across the sky. In an instant, it exploded, just as Airman Hackney slipped his arms through the harness. He was blown out of Jolly 05 by the explosion. Dangling from the harness, he managed to pull the ripcord and the chute opened just as he hit the trees, plunging 80 feet farther and coming to rest on a ledge in a crevasse. He narrowly avoided capture while enemy troops jumped across the crevasse, mere feet above him. Jolly 36 immediately flew in to locate any survivors, and, when it arrived, found only burning wreckage – and Duane Hackney waving his arms for pickup. He was the only survivor.