Flint has always had its dark legends, tales of haunted buildings and scary stories; but never has the horror come to life on the big screen – until now. Filmed in Flint, the new movie “Half-Dead Fred” promises to bring chills, mystery and a new image for the city as a place separate from unflattering media attention. “Flint is tired of being portrayed negatively and deserves to be regarded as a positive place,” says writer/director Bron Theron. “We are filming a horror movie, but we will be showing the murals, businesses and locations in a positive light.” 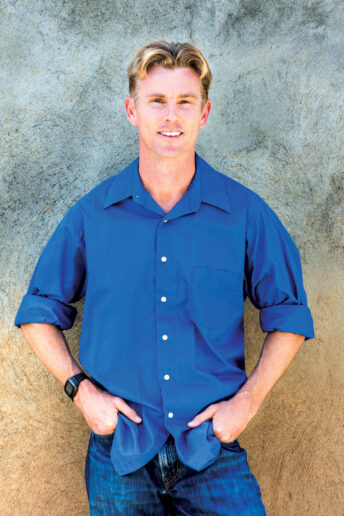 When Theron first came to Flint from California, he was an artist with a humanitarian agenda. “I had never visited the city or much of Michigan until arriving in 2017,” he remembers. “I came to help highlight the water crisis that I felt was being overlooked by most of the country.” Since then, he has been back frequently doing art and murals for the Flint Public Art Project. While visiting, he made the acquaintance of Flint Public Art Project Executive Director, Joe Schipani. “I was staying at his house – it was old and creaky with three stories and a basement,” he says. “It definitely had a horror movie vibe. It had weird, unexplainable noises and we joked about it. I thought it would be a good set for a horror movie.” With the seed planted, Theron got to thinking that maybe he really should make a movie. He acquired a copy of Schipani’s book, Haunted Flint and read it on the flight back to CA. A script soon followed. “There is one element from the book that I threw into the ‘Half-Dead Fred’ script,” he adds.

The movie tells the story of Freddy Nash. An alcoholic gumshoe, Nash was in a horrific automobile accident that took the life of his nine-year-old son and left Nash “half” alive. Ever since the accident, Nash has been cursed with the ability to see and communicate with the spirits of the dead. “I am a big fan of the noir film genre and the movie reads as a combination of ‘Chinatown’ and ‘The Sixth Sense.’ I am also a fan of ‘The Big Lebowski’ and there are influences from that movie, as well,” says Theron. “The movie is full of weird scenes that at first, don’t make sense – with a sudden plot twist at the end. Our hero is struggling and we are on the journey with him through all of the madness.” 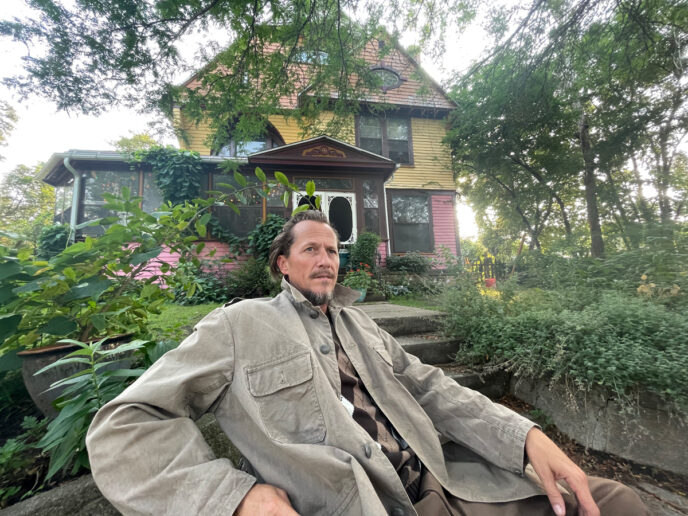 “A big majority of the people support what we are doing and want to help … Flint will be well-represented in our film.”
BRON THERON 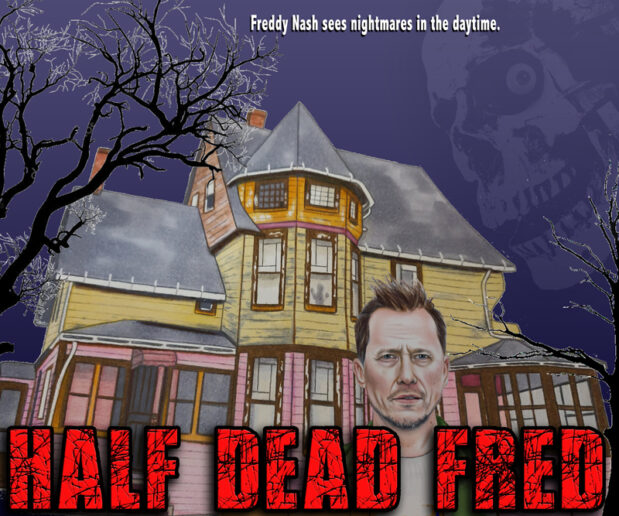 It all starts in Los Angeles, where Nash and his assistant, Mr. Yamasaki, quickly solve a simple case before the location jumps to Flint. It seems the caretaker of Flint’s Dalton House was murdered and Roberta Dalton, the owner of the house and daughter of the late Roger Dalton, hires Nash to find the murderer. Soon enough, Nash realizes that everything and everyone are not what they seem and that something sinister is going on at the house. He finds that the deceased Dalton has left clues to a treasure for his children, Roberta, Debbie and Jake to find, turning the case into much more than a murder mystery and leaving Nash to deal with dark forces from this world and beyond. “It’s a murder mystery and treasure hunt movie,” adds Theron. “We are shooting some footage in L.A. and the rest in Flint.” Without giving away too much, locals will enjoy seeing locations in the film such as the Soggy Bottom Bar and others.

Hollywood veteran Corin Nemec (“Stargate SG-1,” “Parker Lewis Can’t Lose”) will star as Freddy Nash with Jordan Cristopher Michael (“Full House,” “Saved by the Bell”) as Yamasaki. Scream queen and horror movie veteran Elissa Dowling (“House on the Hill,” “Starry Eyes”) will play a role and it is hoped that actor Jason London (“Dazed and Confused”) will also join the cast. The cast also has local ties with Joe Schipani, Seth Hart and Michael E. Kelly making their big screen debuts while a host of other Flintstones play the roles of ghosts or extras. Schipani and Flint native Jessica Revoldt are listed as producers. It’s a Flint horror story through and through. 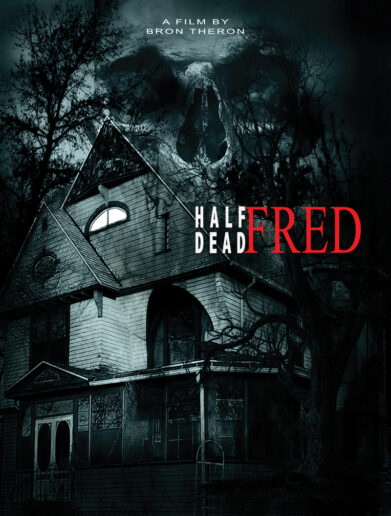 With production wrapping up at the end of September, Theron hopes to have an early 2022 release. “It depends on a few different things,” he informs. “I hope to get editing done in a couple of months, but scoring the movie and the rest of the sound production may take a while. In a suspenseful movie like this, sound is very important. My goal is 2022 for sure, and my plan is to screen it in Flint first – hopefully at the Capitol Theatre.” After a successful screening, Theron will begin a heavy marketing campaign in the hopes that the film gets picked up by a major platform such as Netflix. With things opening up from the pandemic, touring the film festival circuit is also a possibility. “The trick is to get the film in front of the right eyes,” adds Theron.

Although not a Flint native, Theron has spent a lot of time in and around the city, doing his art and experiencing what Flint has to offer. He understands the city’s history and recognizes the strides being made toward its future. His familiarity has made him comfortable enough to invest money, time and energy into adding to the city’s ethos through film and the people of Flint are a big reason why. “Since the announcement of the movie, I’ve received a lot of help from organizations and people in the city,” he says. “A big majority support what we are doing and just want to help. Of course, we do get some weird stuff and comments here and there, and I understand that. People in Flint are still skeptical whenever any media is involved. Everybody is tired of a negative portrayal. That’s not what we are here for or want to do. Flint will be well represented in our film.”