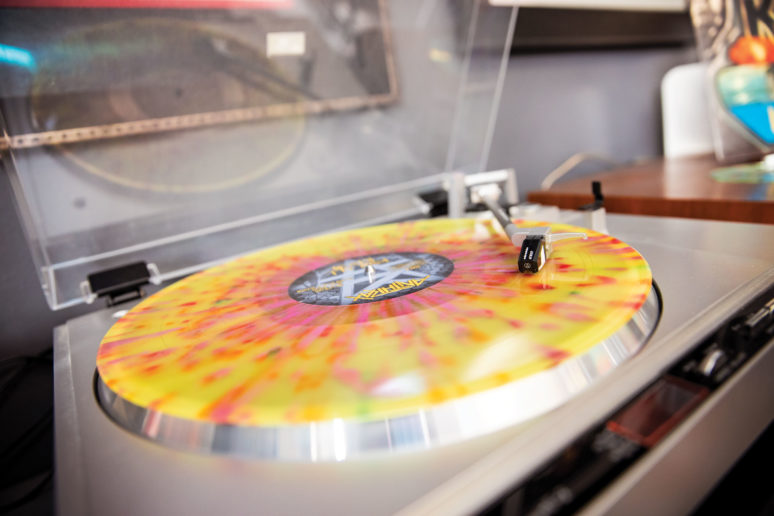 The room was silent. Everyone sat in anticipation as the record album was pulled from its sleeve. The vinyl disc was lovingly brushed and carefully placed on the turntable, the tonearm lifted and gently set. After a slight hiss and a few crackles, the soft piano tones and thumping guitar of “Death on Two Legs,” the first song of Queen’s 1975 album, A Night at the Opera came pulsing through the speakers. The group of music aficionados closed their eyes and were transported.

Record clubs, once an obscure pastime for only the diehards of the medium, are becoming a much more common way to spend a night with friends. Record stores, once a quiet haven for collectors, are being flooded with patrons of all ages, looking for original pressings and new offerings. New vinyl stores are popping up in cities all around the country, owned by collectors who jumped at the chance to live the dream. Vinyl is back big time and just last year, vinyl sales eclipsed CD sales for the first time in over three decades. 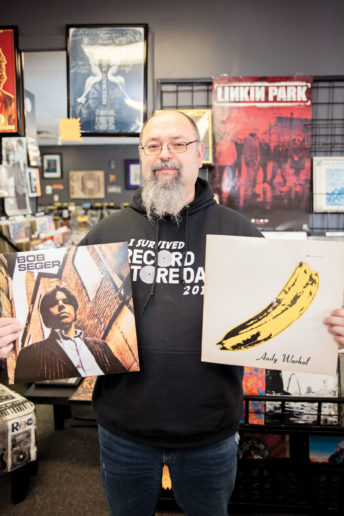 “In many ways, vinyl never left,” says Mike Plasha, Owner of Electric Crown Records in Grand Blanc. “It was always a niche market, but now it seems like everyone is coming into the store, from age 14 to people in their 50s and 60s. My sales were up almost 40 percent last December.” This observation is echoed by Jerry Crago, Co-owner of Jack’s Record Stache in Downtown Flint, “Yeah, I mean in certain circles, it has always sold. But now, it seems to have a much broader appeal. We see all ages here. College kids and younger are coming in, along with older people looking to buy back their old collections.” He continues, “I got into it in the nineties. I would go to punk concerts in Flint and, at the time, buying vinyl was the only way to obtain that music. I got hooked on the hobby.”

The movement is vibrating across generations and it’s not just classic albums that are being purchased. New artists are topping the sales charts. In 2019, the top selling vinyl albums were Queen’s Greatest Hits and the new Billie Eilish album, When We All Fall Asleep Where Do We Go? The top selling vinyl lists are not entirely indicative of true sales, however. The top-selling record charts in the news are only for new pressings – used record sales are impossible to accurately track. The hottest music genres for used records are punk and metal, according to both Plasha and Crago. 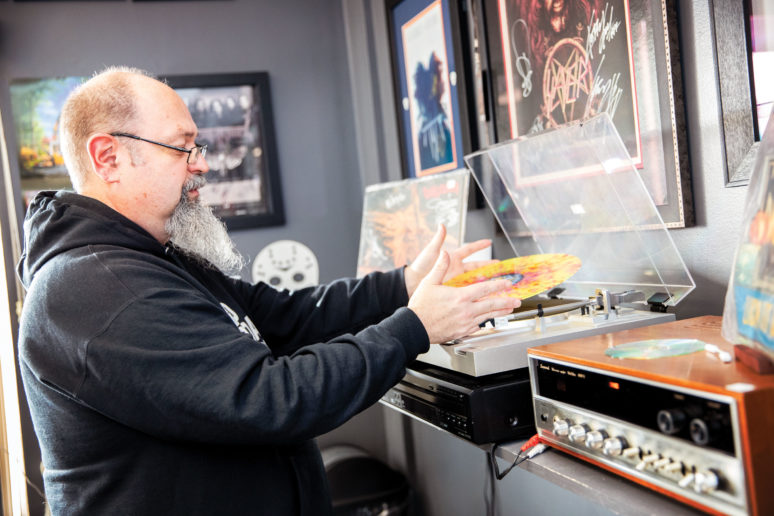 The music business is still dominated by on-demand streaming services. Digital downloads and streaming services such as Pandora and Spotify will never go away due to the ease of listening to your favorite music immediately and anywhere; but there is no doubt that people have begun to look for something more or something new in their music selections. One reason that vinyl is becoming more popular is because it offers something different. Vinyl offers an experience. “Most will tell you that vinyl produces a much warmer sound than digital and in a broader range. With some older digital, you can miss the highest highs and the lowest lows,” says Plasha. “Plus, with digital, you are missing all the beautiful artwork and inserts you get with a vinyl album.”

“We see all ages here. College kids and younger are coming in, along with older people looking to buy back their old collections.”
Jerry Crago, co-owner Jack’s Record Stache 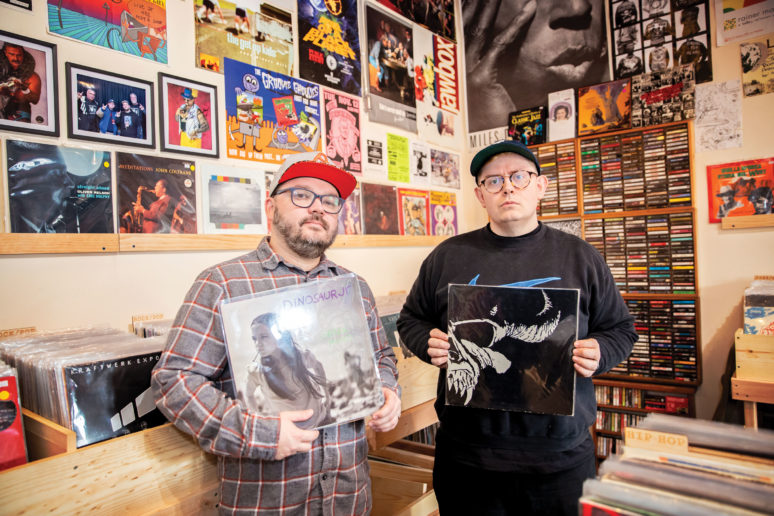 “The artwork and inserts are a huge draw. For example, Sgt. Pepper came with Beatles paper dolls. In most albums, you will find lyric sheets or posters,” says Crago, “and you have to be mindful and active when listening to vinyl. I mean, you have to get up and flip the record.” As an added bonus, some artists are using the vinyl record itself as a canvas, creating works of art with an amazing plethora of colors and designs.

Vinyl is not a perfect music medium – there are some downsides. As vinyl becomes more common, classic albums are becoming much harder to find and much more expensive. The current average new vinyl record price is nearly $30, more than double that of an album download; but most new vinyl albums are providing a digital download code, offering purchasers the best of both worlds. Also, as the record is played over time, it begins to wear and this can affect sound quality – records are delicate and must be stored appropriately. Collectors will tell you that the downsides of vinyl are extremely minor, however. The joy of pulling a small amount of time from a busy, chaotic life to listen alone or with friends to an album that is cherished surpasses just about all the bad news out there. It’s a new sort of mindfulness and meditation. 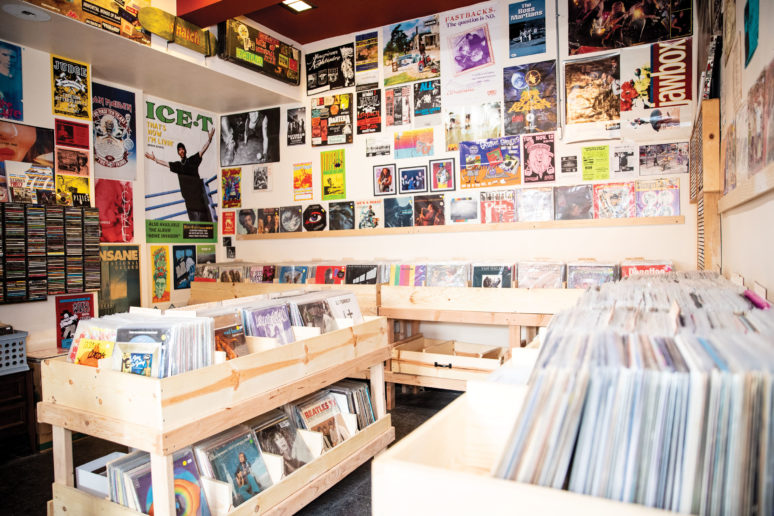 Vinyl has rebounded to deliver the music experience that earlier generations grew up enjoying and have now, perhaps, forgotten. It is bringing people together in homes, studios and shops. “Geeking out” over music is fun again. Another side result of the new interest in vinyl is a resurgence of jazz, blues and classical music. It’s a complete rediscovery of some of our best music and musicians. So, dust off that player, call some friends and start a record group of your own. If you are wondering where to start, here are some vinyl album starter suggestions across genres from Jerry Crago of Jack’s Record Stache: 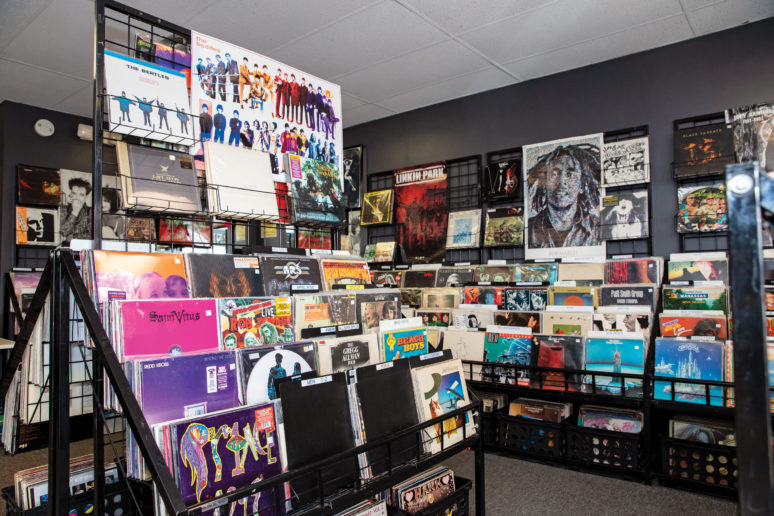 What sounds better? Vinyl or Digital?

As vinyl makes its comeback, many are asking, “What makes vinyl better than digital?” The answer to that question is “vinyl is not better, just different.” There was a time when vinyl did have superior sound but nowadays, digital and vinyl are essentially equal. 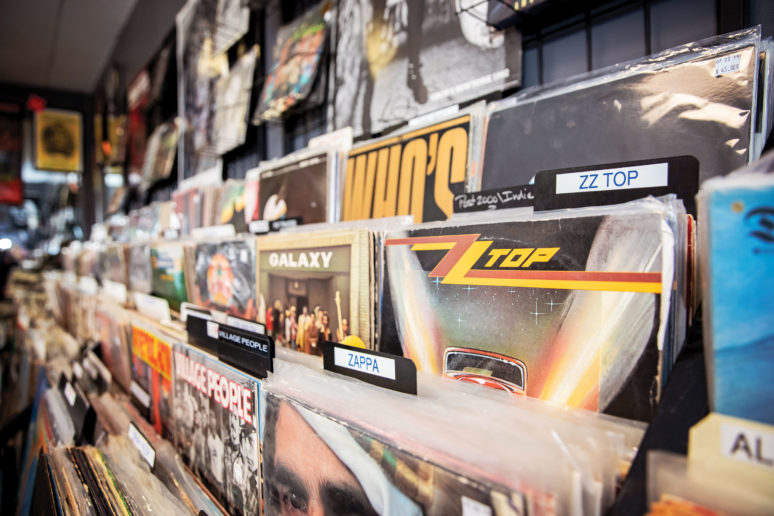 When the CD (compact disc) hit the market in 1982, the quality was lacking. It was new technology, after all, and a lot of the playback equipment caused an issue. As the years progressed, technology got better and sound improved. A CD sold in 1990 or 1991 carried about the same quality as that of a vinyl recording with some slight differences. In 1992, all of the CD sound progress came to a halt because of the start of what is now known as the “Loudness War.”

Somewhere around 1992, sound engineers began to realize that the boundaries of vinyl no longer applied to digital music. (Vinyl could only get so loud before the needle has difficulty tracking the record). They could increase the volume for every component to create one large barrage of sound. As loudness increased, all the intricacies of the song were lost and individual instruments no longer stood out. This shortened the dynamic range – the difference between the highest high tones and the lowest lows. 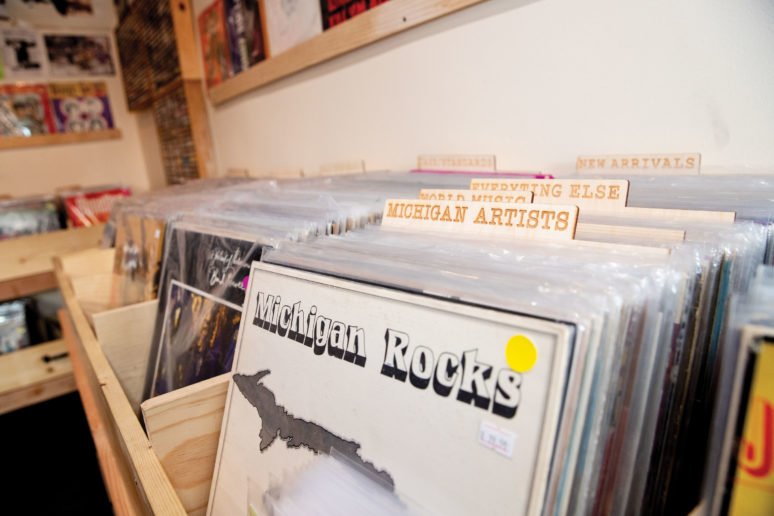 In the late 2000s, something interesting transpired that brought attention to the problem of increasing loudness. When the video game “Guitar Hero” was engineered, it featured popular songs from the last 50 years. In order to isolate the instruments, the songs had to be re-mixed. The game featured songs from the album Death Magnetic by Metallica and players noticed how much better the songs sounded in the game compared to the actual album. The album itself was mixed for digital as loud as possible, making details rare and the drums awful. This incensed Metallica fans and music producers noticed. It was then that the idea of “louder is better” fell out of favor. Since that time, engineers have dialed back the loudness. Now, digital and analog (vinyl) are similar in sound quality.

It is true that analog recording represents the closest facsimile of the musicians’ intent, but only if it was recorded with an analog master tape. The majority of new albums and re-recordings are done with a digital master. So, in every practical sense, vinyl is not better than digital, just different. The difference lies in perception, perceived warmth, and a little crackle and hiss.