Whether you believe ghosts are real or not, Flint’s history certainly is real…but would it be so hard to believe that some of that “history” stuck around? Perhaps, a Civil War colonel never wanted to leave the house that he lived in, or a vaudeville dancer never wanted to leave the theatre where she performed? Of course, old, historic buildings tend to bring up tales of spooky sightings and frightening feelings from staff members and guests.

What do you believe?

Located on Ann Arbor Street, this Italianate Victorian house has been around since 1872. Originally, the house belonged to Colonel Thomas Stockton and his wife, Maria – the youngest daughter of Flint founder, Jacob Smith. 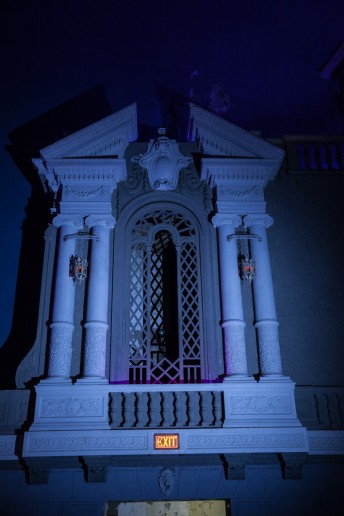 Colonel Stockton was instrumental in getting young men in Genesee County to volunteer for the Civil War, and Maria was quite a benefactress to the town. One of the rooms on the house’s main floor was her library, and the shelves were packed with books. When she died, she left her books to the public so people could borrow them; the Flint Public Library still has the books she donated. She also donated 20 acres of property for what became the Michigan School for the Deaf and Powers Catholic High School.

Both Colonel Stockton and Maria died in the Ann Arbor Street house. On the evening of Maria’s death, there was a terrible thunderstorm. Lightning struck the house, and some of the rafters in the attic still remain charred from the small fire that resulted from the strike.

In the 1920s, Colonel Stockton and Maria’s grandson sold the property to the Sisters of St. Joseph, which then became the first St. Joseph Hospital in Flint. A three-story hospital wing was built on the back of the house to accommodate more patients. After about 20 years, the house then became the first Kith Haven Nursing Home. The house sat vacant for almost ten years, until Flint architect, Freeman Greer, and his wife, Renee (the current owners) bought the house and began restoring it to its former glory in 2001. All the woodwork on the main floor is original, as well as the moldings and plaster medallions around the light fixtures. Now used for office space as well as a museum, the Stockton Center at Spring Grove also holds many events for the community. On October 24, there will be a Zombie Apocalypse-themed Halloween party from 6-9pm, as well as a craft show on November 7. 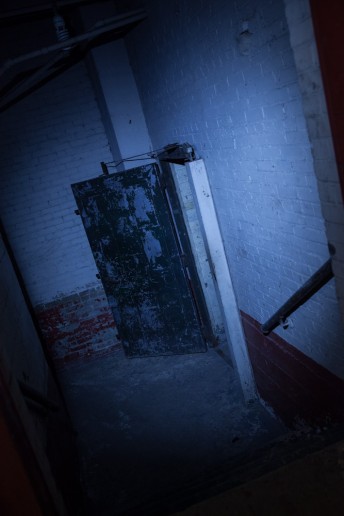 Since beginning restoration, Stockton staff and volunteers have noticed strange goings-on. Jacquie Richardson, the event coordinator, has personal stories of somewhat supernatural experiences. During ghost tours that are held on some evenings, people have felt and seen unusual things. One person on the tour commented that she couldn’t believe someone would bring their young son to a late-night ghost tour. As it turns out, there was no young boy at the tour, even though they saw a little boy and heard him introduce himself as, “Jonathan.” In addition to sightings, some people would have “a feeling” that a little boy named Jonathan was looking for his toy train.

On the tours, they take along a hand-held electromagnetic field meter, which detects fields emitted by electrically charged objects (such as spirits). It will make a beeping sound at certain places in the house, and only at certain times. “It goes off quite frequently,” says Jacquie.

Colonel Stockton, Maria, and their children still seem to be enjoying their beautiful house. The Colonel is mostly likely standing at the mantel, enjoying his pipe. Maria might still be in the library, reading her favorite books, and the children – Abigail and Theresa – could still be playing with their dolls in the “Civil War room.”

Fortunately, according to Jacquie, the eerie occurrences have never been malicious or harmful. “It has a welcoming feeling. It’s like whatever is still here, wants people to be here. It likes the company,” Jacquie says. But, before you leave the house, you must say to our supernatural friends, “You will not follow me home.” 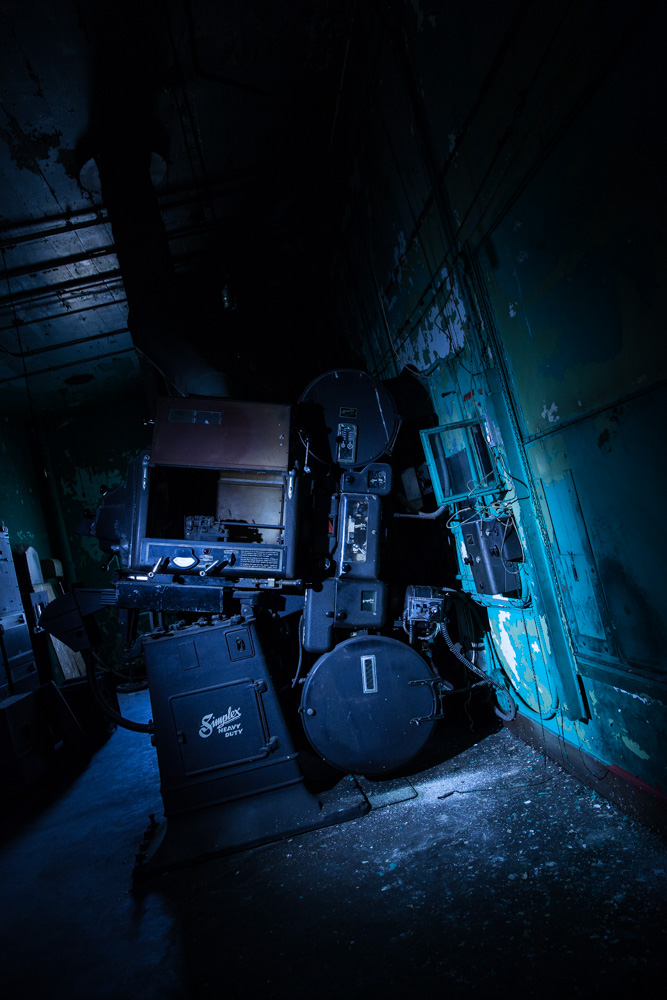 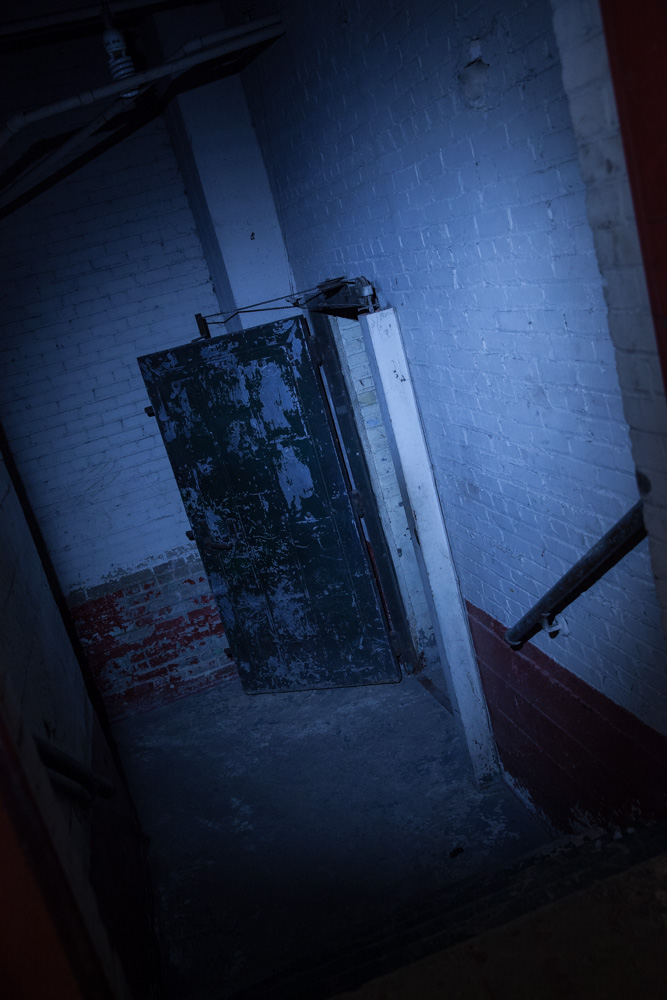 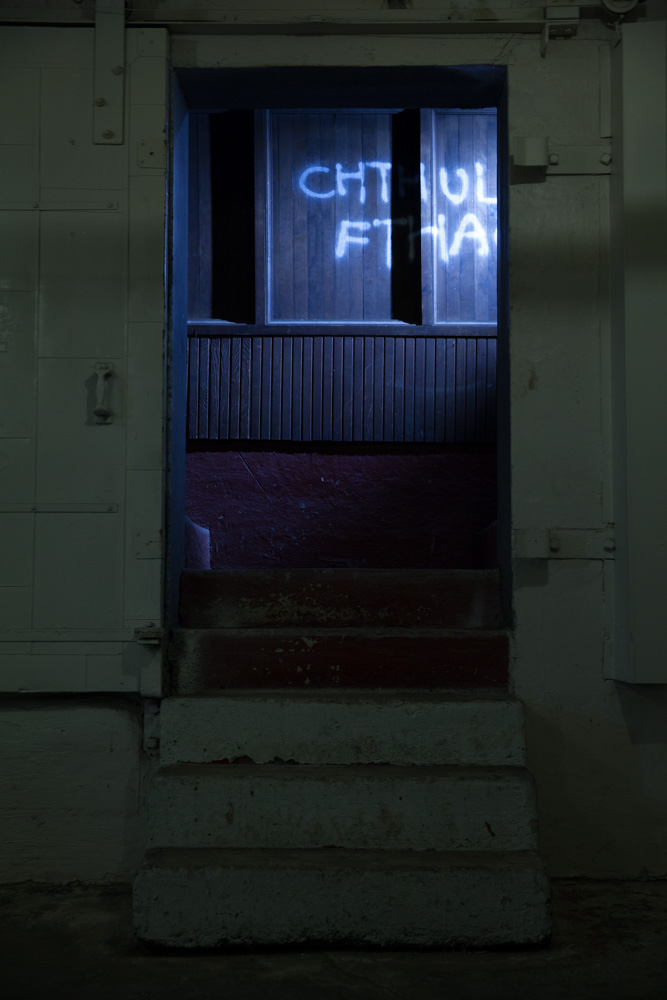 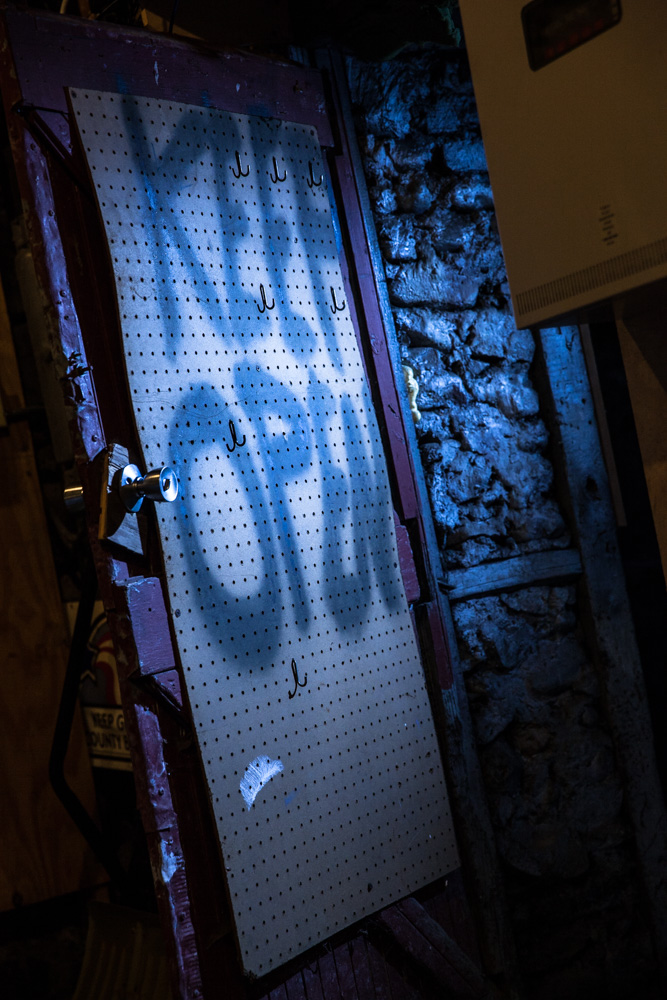 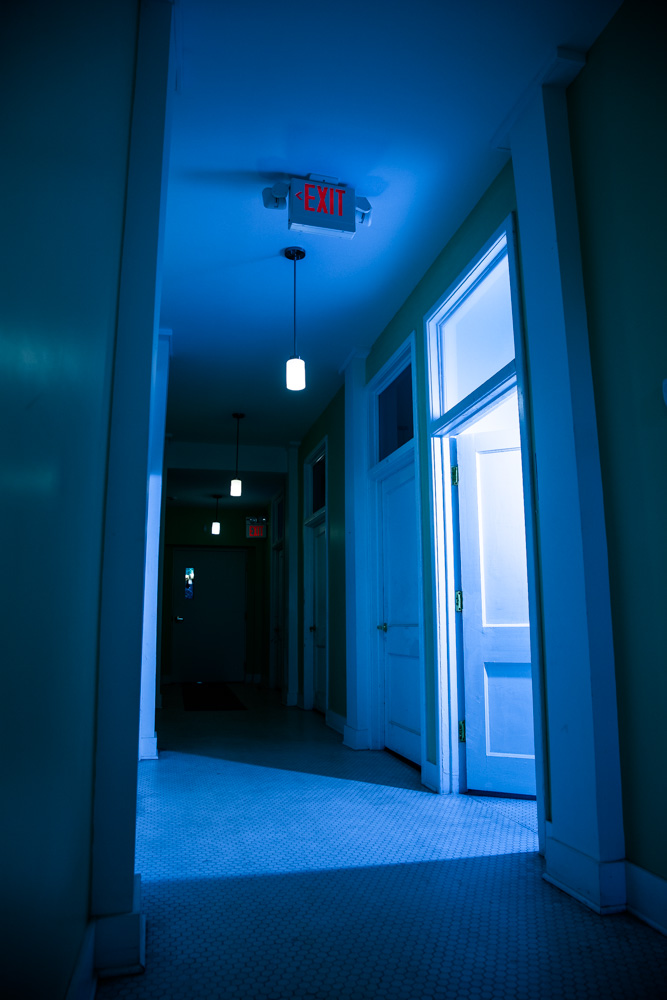 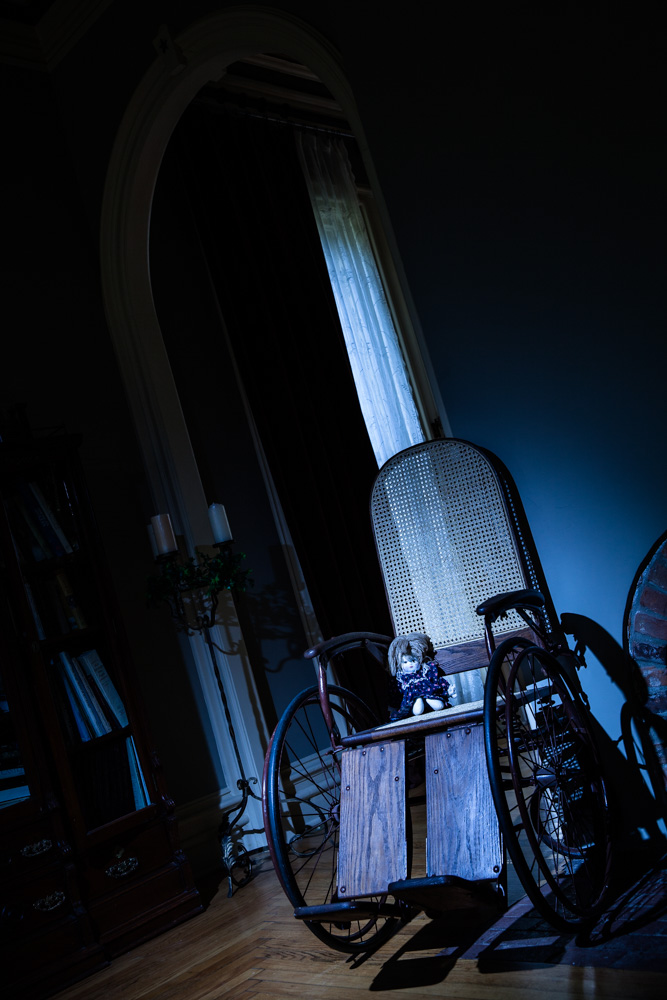 Opened in 1928, the Capitol Theatre in Downtown Flint was a hot-spot – people would dress up to attend movies, vaudeville shows, or a theatrical play. Live vaudeville performances were more common when it first opened, which is why the theatre’s “basement” area is dedicated to dressing rooms and trunk hoists. On the stage, a backdrop from the last vaudeville show – performed around 1932 – still hangs. Hundreds of people would line up outside the box office to see different productions. One such production, the one the theatre opened with, was the Buster Keaton film, College.

The architect, Jon Eberson, designed the theatre with an “atmospheric” quality – resembling a European courtyard. There are less than 20 Eberson theatres left in the country, and the Capitol has been referred to as the best unrestored Eberson theatre that is still standing. The theatre has been on the National Register of Historical Places since 1985.

Like many theatres in the 1920s, the decorative elements and design were very eclectic. However, in 1957, many of the diverse components were removed, such as the sculptures on the balcony, and the theatre became more “modern,” or simplified, according to Dave Johnson, who works on restoring many old theatres around Michigan – the Capitol included.

The different productions that were held there from its opening until 1953 brought in 20 million attendees. The theatre itself can hold up to 2,000 guests with its red-cushioned, wooden-backed seats. Before the performances, the ceiling would have an orange glow, which would fade to rich blue as showtime grew closer. Projectors would float clouds across the ceiling and white lights created the effect of a starry-night sky.

Since 1928, not much has changed at the Capitol. The original light board and electrical system is still used, and the staff have to switch lights on and off by hand. The theatre closed officially in 2000, after hosting concerts of various musical genres. Currently, the theatre is continuing renovations made possible by the Farah family, its owners since 1976. Although the future is uncertain for the Capitol Theatre, the owners are hopeful to one day have it fully restored and begin hosting concerts again to infuse some new energy into Downtown Flint’s nightlife.

The constant restoration – although beneficial for the community – may be disturbing some of the building’s “invisible” inhabitants. It seems that many past performers and staff members do not want to leave the theatre! People have reported seeing ushers and workmen walking among the rows of seats, as well as hearing screams, moans and tapping on the walls. During sound-checks in preparation for rock concerts in the 90s, the bands’ equipment would randomly stop working, even if the electricity was still on.

People have also reported hearing disembodied singing echo through the empty theatre, and shadowy figures hovering in the balconies. One person believes to have seen a young girl sitting on the stage, faintly glowing white. It seems that even in the supernatural world, the show must go on!