IN 1909, just eight years after the Detroit Tigers began playing at Michigan and Trumbull, the Flint City Baseball League was born.

Some of the finest diamond talent the area has ever produced has been drawn to it ever since. 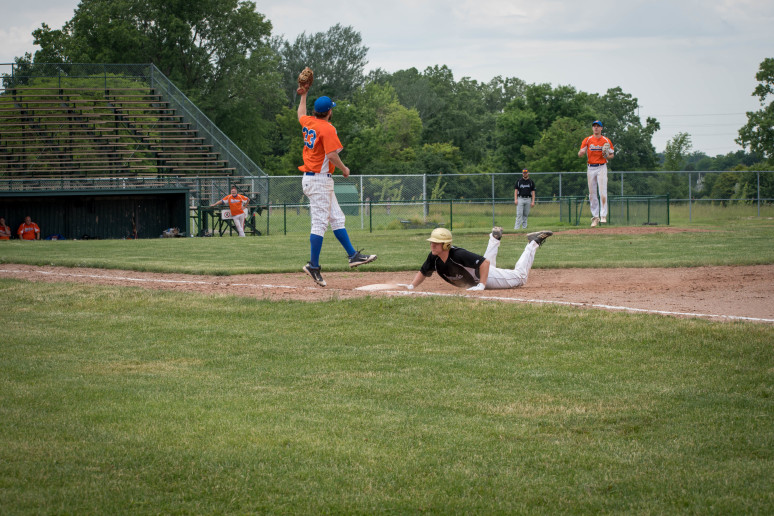 Major Leaguers Jim Abbott, Scott Aldred, Scott Kamienicki and Ron Pruitt sharpened their skills in the CBL before moving on to bigger baseball stages. Others, like Brandon Reed, the Tigers’ 1995 Minor League Player of the Year and several-time Minor League All-Star, have played in the CBL after returning to the area following brushes with the big-time.

Bob Crane took a similar path, becoming one of the CBL’s most dominant pitchers of the 1950s after a four-year stint with teams in the Chicago Cubs organization.

Like any institution which has endured since William Howard Taft was in the White House, the CBL has seen its share of boom and bust cycles. Despite the presence of minor league teams in Flint through 1951, the CBL experienced steady growth which exploded beginning in the 1960s, leading to the league being split into two divisions in the early 1970s.

By the 1980s, the CBL ballooned to nearly 30 teams before overcoming declining interest and serious doubts about its future to stay afloat following the turn of the century. Today, a five-team CBL is still providing entertaining, quality baseball three nights a week at Broome, Whaley and Kearsley Parks thanks to an influx of younger players in recent years. 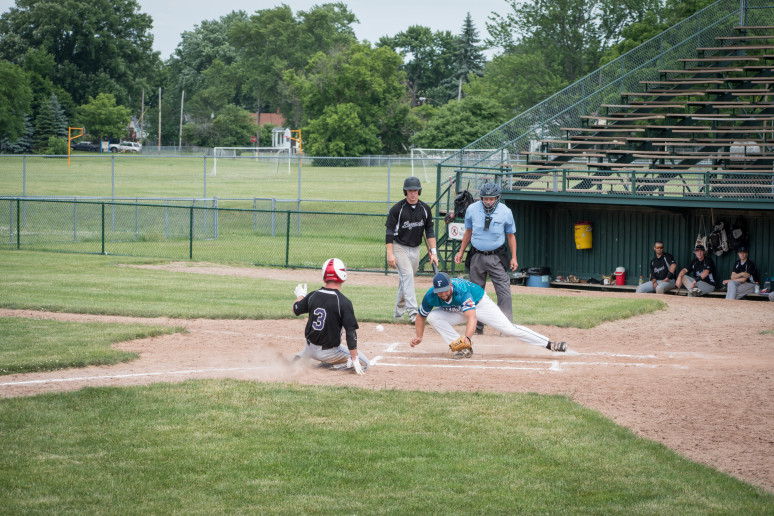 Rosters are teeming with current and former college players along with many others who were all-conference performers in high school.

Drew Johnson is an example of what lures players to the league.

An all-league pitcher at LakeVille High School, Johnson was intrigued by the CBL’s level of play and joined one of its teams in 2000 while still in high school and played through 2009 before starting a family.

Still, he could not stay away forever.

Now LakeVille’s Athletic Director and varsity baseball coach, Johnson returned to the CBL this spring as its new commissioner, succeeding the retired Bob Holec, a CBL legend and Greater Flint Sports Hall of Famer. “I believe the level of play is outstanding from our teams and many people don’t realize that the CBL is turning into a collegiate league,” Johnson says.“By attracting more and more collegiate baseball players, our CBL will continue to grow within that realm. I consider myself a traditionalist and the City of Flint has a great history of tradition, with regard to baseball.”

“It’s very competitive with many solid players which has
been great,  but we are also out there to have fun.”
– Steven Garza, First-Year CBL Player

At 66, Ron Choiniere is well aware of that tradition. He has fond memories of attending CBL games when there were as many as 20 teams in the East Division and six in the West Division. The CBL condensed to a single division in 2010. The former Flint Holy Redeemer High School standout wanted to become part of the CBL … someday.

“I had played softball for years and coached some of my son’s teams, but when he graduated from high school, it seemed like the right time to become involved with the CBL,” he says. “Managing the players in this league has been a terrific experience because they have a real appreciation for the game that shows. The quality of competition has increased with getting more young college players, combining with the core of players we have in their 30s.”

Among the younger set is first-year CBL player, Steven Garza, an All-Stater and four-year varsity performer who helped New Lothrop to its first-ever state championship in 2014. He hopes to walk on to Cornell University’s team next year. 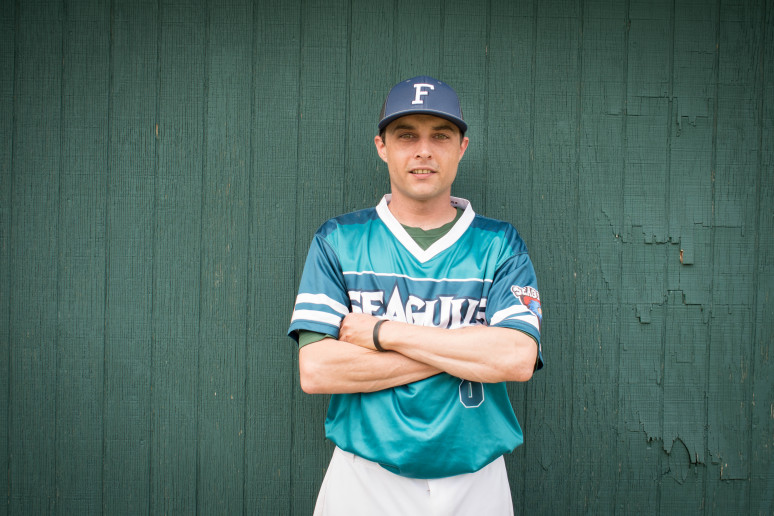 He is playing shortstop for the Flint Seagulls and has been reunited with high school teammate Quentin Taylor, a three-time all-leaguer in high school. Taylor is spending summer in the CBL before beginning his second season as a linebacker on Wayne State’s football team.

“When I decided to get back into baseball with the goal of playing at Cornell, I knew playing in a league like the CBL would help me,” says Garza, who had not played organized baseball in two years. “It’s very competitive with many solid players which has been great, but we are also out there to have fun.”

Tyler Owen, Bullpen’s shortstop, began playing in the CBL in 2012 following an all-league career at Davison as a way to prepare for playing at Mott Community College the following spring. “I joined the CBL because I wanted to better myself by playing against some of the best talent in the Flint area,” he says. “I’ve appreciated the fact that players in the League have such respect for the game. I have stuck around because of my great teammates and because the CBL has become more competitive than when I started.” 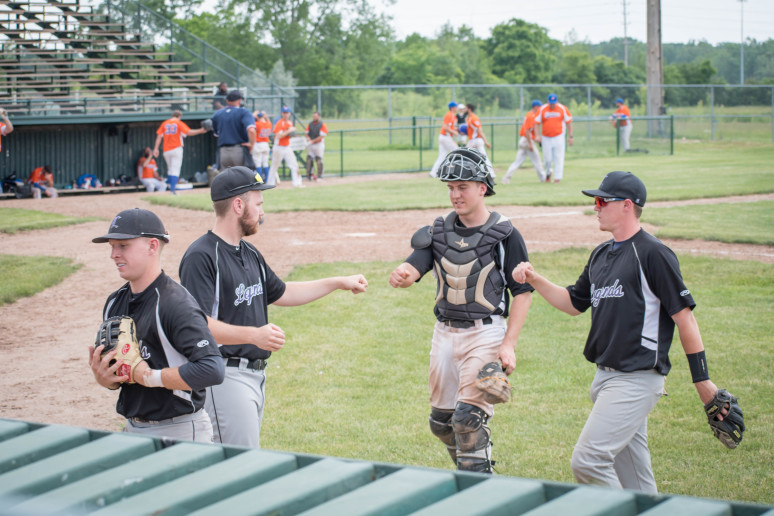 Countless people have played roles in keeping the CBL going for more than a century, but a few who stand out are Tom Cole, Len Hoyes, Bob Holec, Roger Foutch and Matt Jones.

Cole, who died in 2009, oversaw the CBL’s expansion, beginning in the 1960s, as head of the Flint Baseball Commission, overseeing the building of new stadiums as Broome and Whaley parks. Broome’s field is named after Cole. Broome’s press box is named after Hoyes, a Flint Journal reporter for nearly a half century. He passed away in 2005.

Holec and Foutch are major reasons the CBL survived periods of uncertainty during the past 20 years. For 15 years, Holec played in the CBL and was the catcher on the Bishop Construction team which won the 1975 American Amateur Baseball Congress national championship. Foutch is the most accomplished manager in CBL history, guiding teams to a 959-283 record and two national championships from 1977-2008. 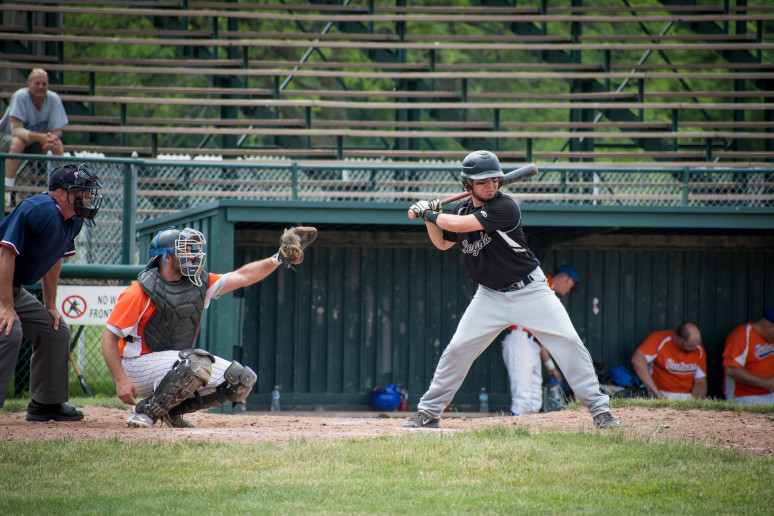 “No question, Bob and Roger were driving forces that kept the CBL alive during some rough times,” Choiniere says. “Sometimes, we did not know if the CBL was going to be around the next year, but those guys have been fantastic advocates for the league.”

This season has been dedicated to Jones, who died suddenly on May 16 at the age of 47 on the eve of what would have been his 32nd season in the CBL. Jones was set to manage Bullpen with Choiniere.

“I was in complete shock when I heard Matt had died and was on a baseball field, so it hit me a little harder,” Owen says. “I really learned a lot from him about respecting the game and playing it the right way. He was a great person to be around.” 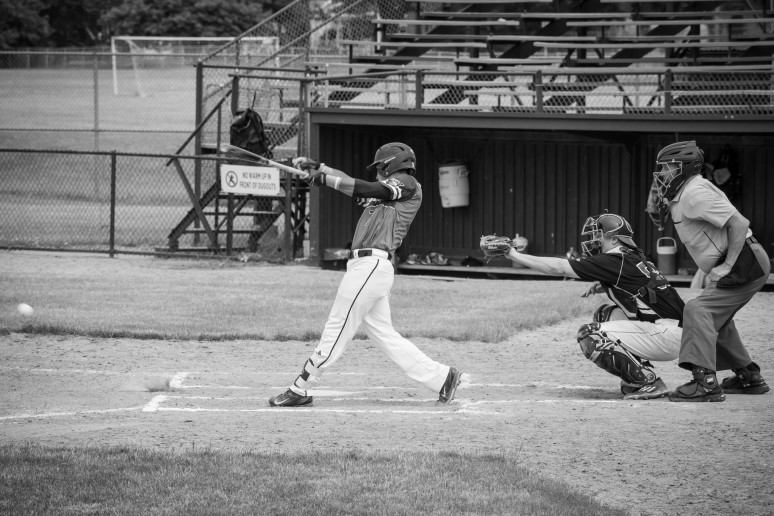