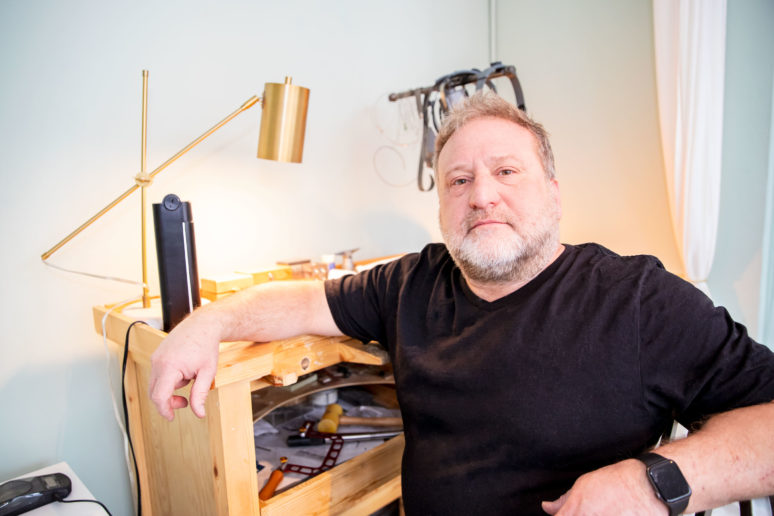 Walking into the Flint Trading Co., patrons are greeted by Owner Walter Robert McAdow and Emmett, the office puppy – a delightful, four-month-old Golden Retriever that chewed on my coat and notebook a bit. Open since May 2018, the atelier (French for artist studio or workroom) is located above Flint City T-Shirts on Saginaw Street in Downtown Flint.

A jewelry-maker and metal smith, McAdow learned his craft at Wayne State University. He also has a background in psychology, architecture and literature. While employed in the psychology field, he found himself needing a creative outlet. “I loved art as a small child,” he remembers.

McAdow and his wife, Megan, previously resided in Ferndale, which has a bustling, revitalized downtown known as a hub for artists. His wife worked in Flint and he would visit the city on occasion. “I just really liked the vibe in Downtown Flint,” he says. “I felt an energy, a vented-up energy. I thought to myself, this is the next Ferndale or Detroit.” And Downtown Flint had everything – restaurants, business and places to live. “I saw opportunity here. There is an artistic vibe underneath the current, dying to come out.” 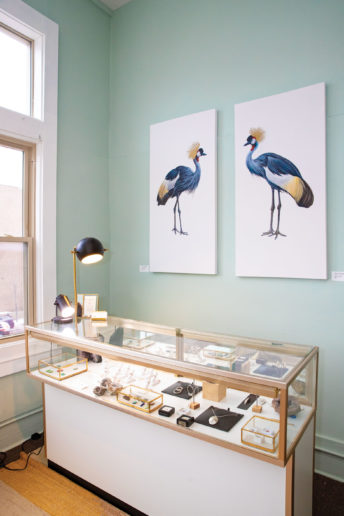 McAdow said he loved the spirit and determination he saw in the people of Flint, and came here with a different viewpoint. “I didn’t experience what it was like when General Motors left or during the beginning of the water crisis. I wasn’t world-weary or damaged by the past. It was not my experience. All I saw was opportunity.”

Flint Trading Co. offers a variety of home goods and art pieces created by local and regional artisans with a focus on handmade jewelry and unique metal objects. “Our vision was to have a different feel,” he notes. “We wanted to feature the work of regionally-based artists. We wanted fine art, people to feel welcome and to have a variety of price ranges.” And there is something for everyone – from handmade soy candles, jewelry and gifts, to sculptures and expensive pieces of art. Prices range from as low as $15 for a boutique gift to a $12,000 custom-made diamond ring with an 18-karat gold setting.

“I saw opportunity here. There is an artistic vibe underneath the current, dying to come out.”
Walter Robert McAdow

Flint Trading Co. is where one goes to create something unique and each piece tells a story. Individuals and couples have an opportunity to work alongside the designer and make their wedding or special occasion item together with the craftsman. 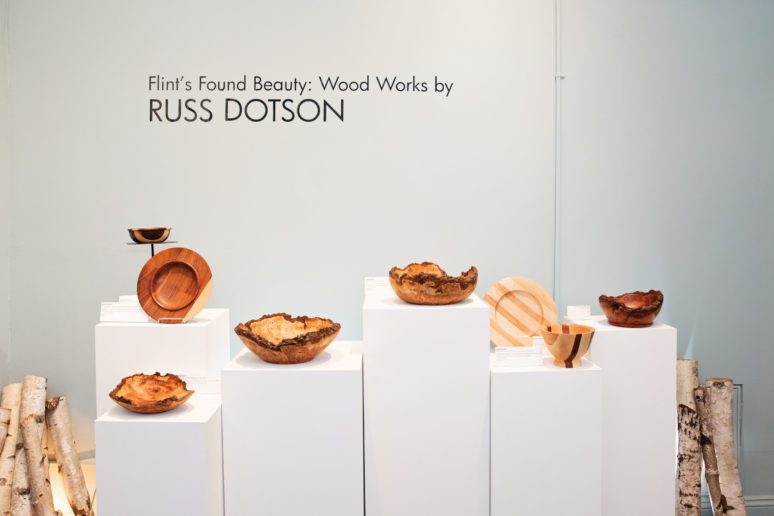 According to McAdow, Flint Trading Co. typically displays the work of seven artists. “Sometimes more, sometimes less. We try to keep things fresh,” he adds. There are three showrooms and exhibits are held once monthly during Second Friday ARTWALK. One of the featured artists, Russ Dotson, is a Flint native, veteran and self-taught wood-turner. “His stuff is fantastic!” McAdow exclaims. “It’s all made from found wood.” Dotson was the featured artist in December 2019 with his exhibit entitled “Flint’s Found Beauty.”

The works of artist, Sara Lutz Snethkamp, are on display in one of the showrooms – unique animal paintings, which are a combination of realism and abstraction. “She’s very talented,” says McAdow. Flint Trading Co. also featured the fascinating work of sculptor, Mark Beltchenko, in October 2019. This Detroit area artist weaves ever-deepening layers upon layers of stories in carved stone, steel and wood.

McAdow enjoys making art – from steel railings to diamond rings, and his work tells a story. “Flint people are storytellers,” he says. “They are more interested in telling a story in their art.” One of his customers loved the state of Texas. McAdow sent a rough topaz stone to a well-known gem-cutter in California to cut it with a Lone Star Cut. The gem was then set in a 14-karat gold ring. “I once set a one-carat diamond sideways in a ring,” McAdow says with a smile. “The customer wanted a traditional diamond but also wanted something untraditional. She loved it!” 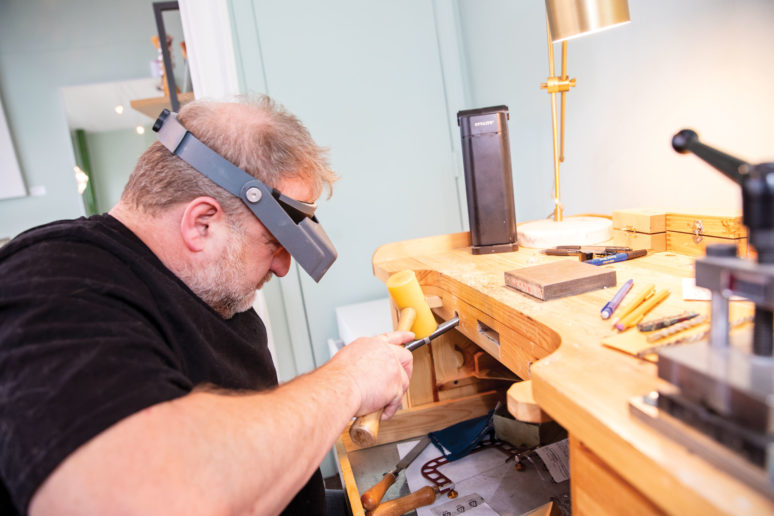 He also designed a pendant as a wedding gift for the groomsmen, the groom and his grandfather who were all Flint natives. The customer wanted to tell a story about Flint. After spending some time with the customer, it was decided that the piece should not just be about Flint, but about his family’s own history in Flint, as well. The pendant was fabricated to resemble a carriage wheel with steal rivets; it incorporated rubber to symbolize the tire industry and die presses were used to form the pieces, similar to the methods of producing car parts. As an added nuance, pieces of brick from the building where his grandfather worked were encapsulated within the hollow-formed pendants. Finally, an arrowhead was roughly acid-etched on top. “I told a story with it,” McAdow says. “I like to work with people. I enjoy cultivating an idea for someone and then seeing what I can do with that.”

Now that Flint Trading Co. has been in business for almost two years, McAdow is happy with the way things are going. “Our sales have been better than we projected,” he shares. “It was the first business of this type downtown and I thought people were starving for something like this. I want to sell an experience.” 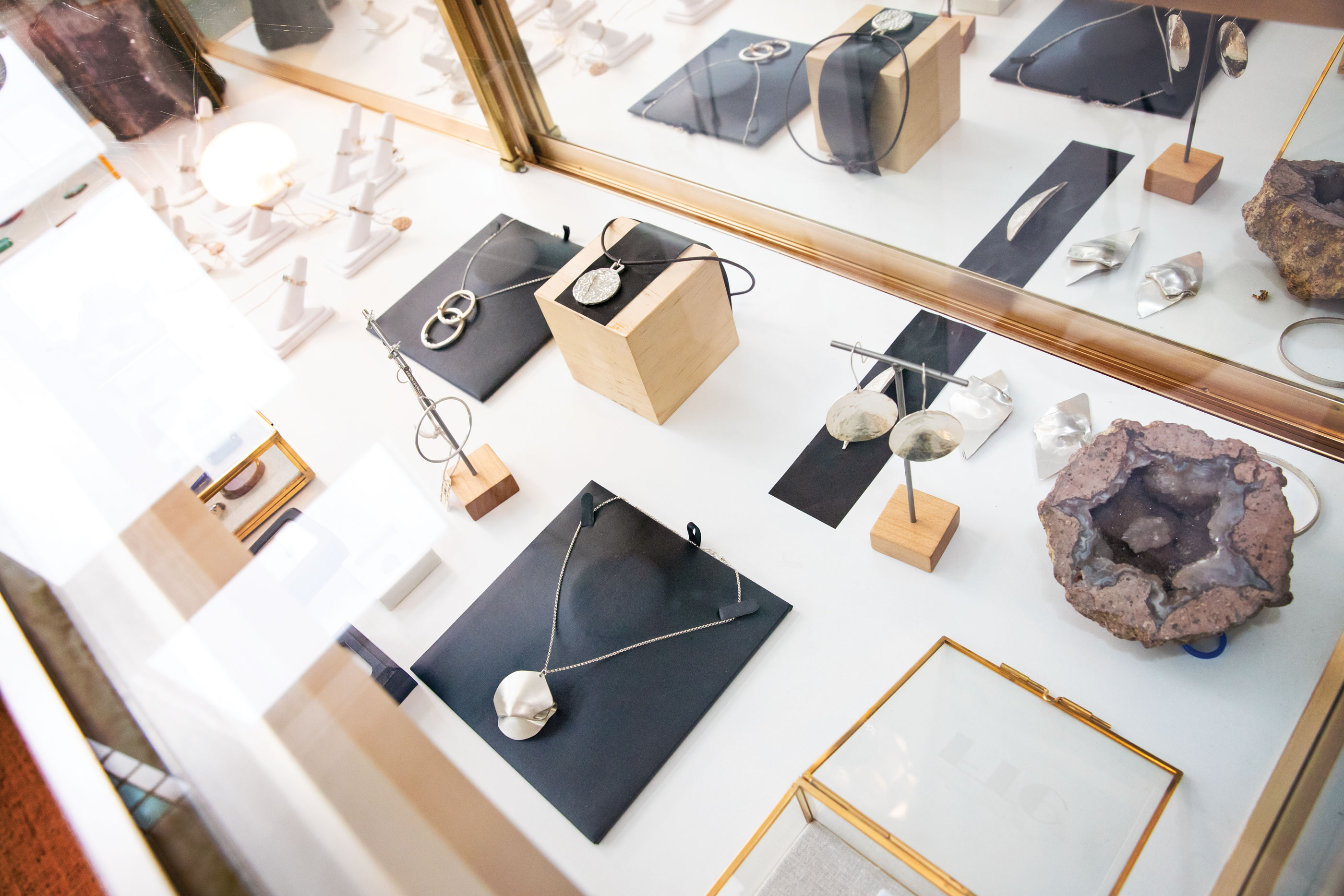 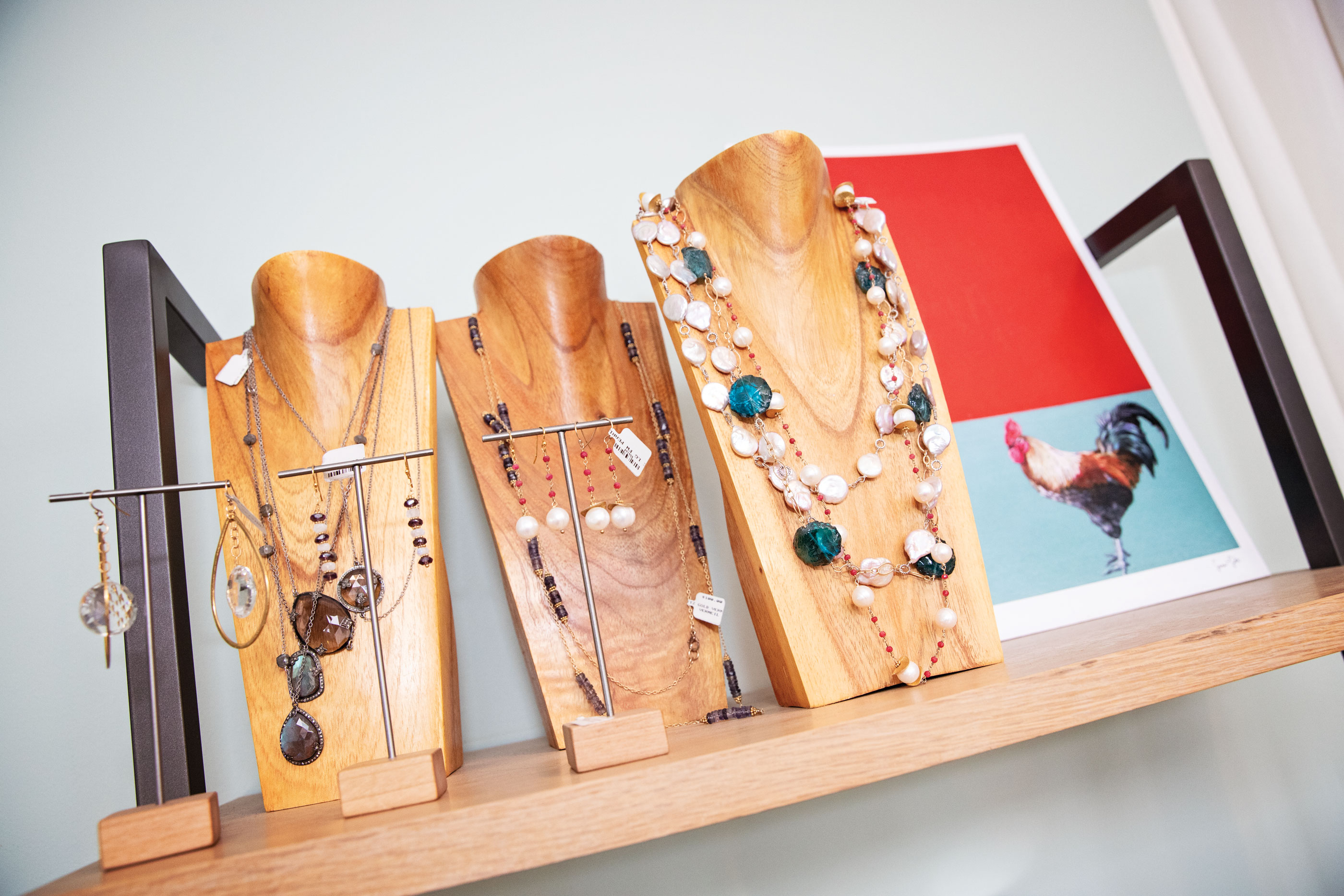 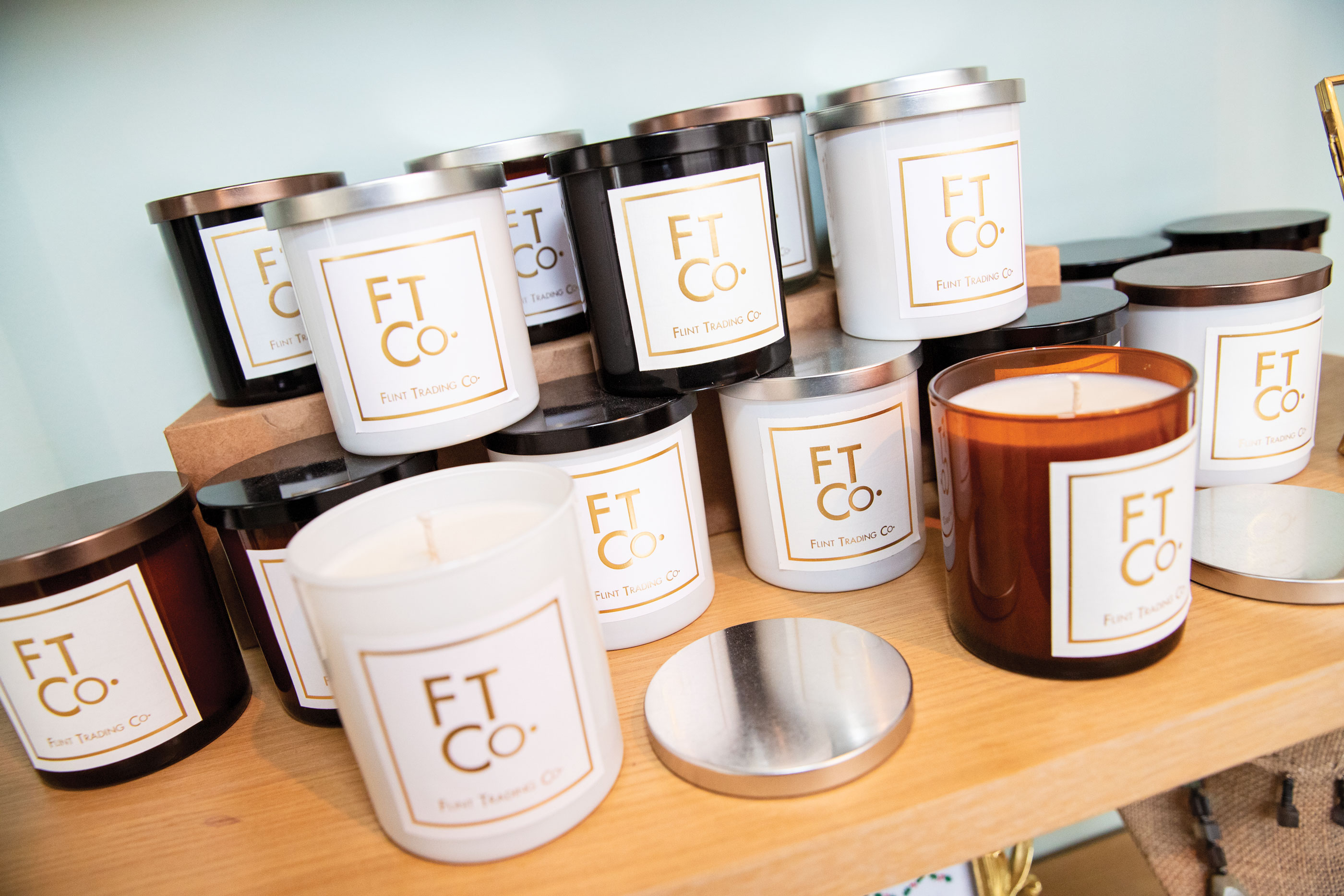 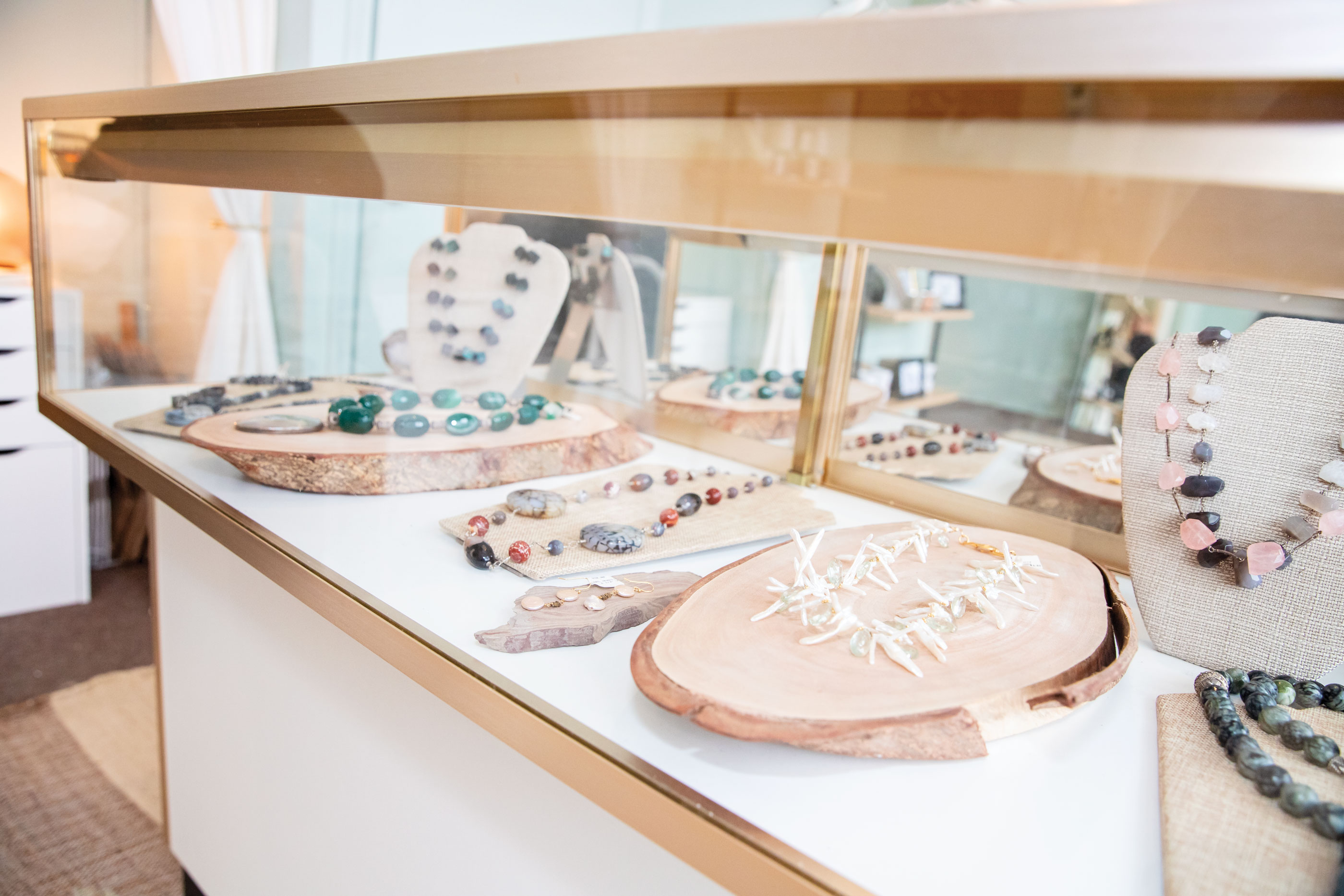 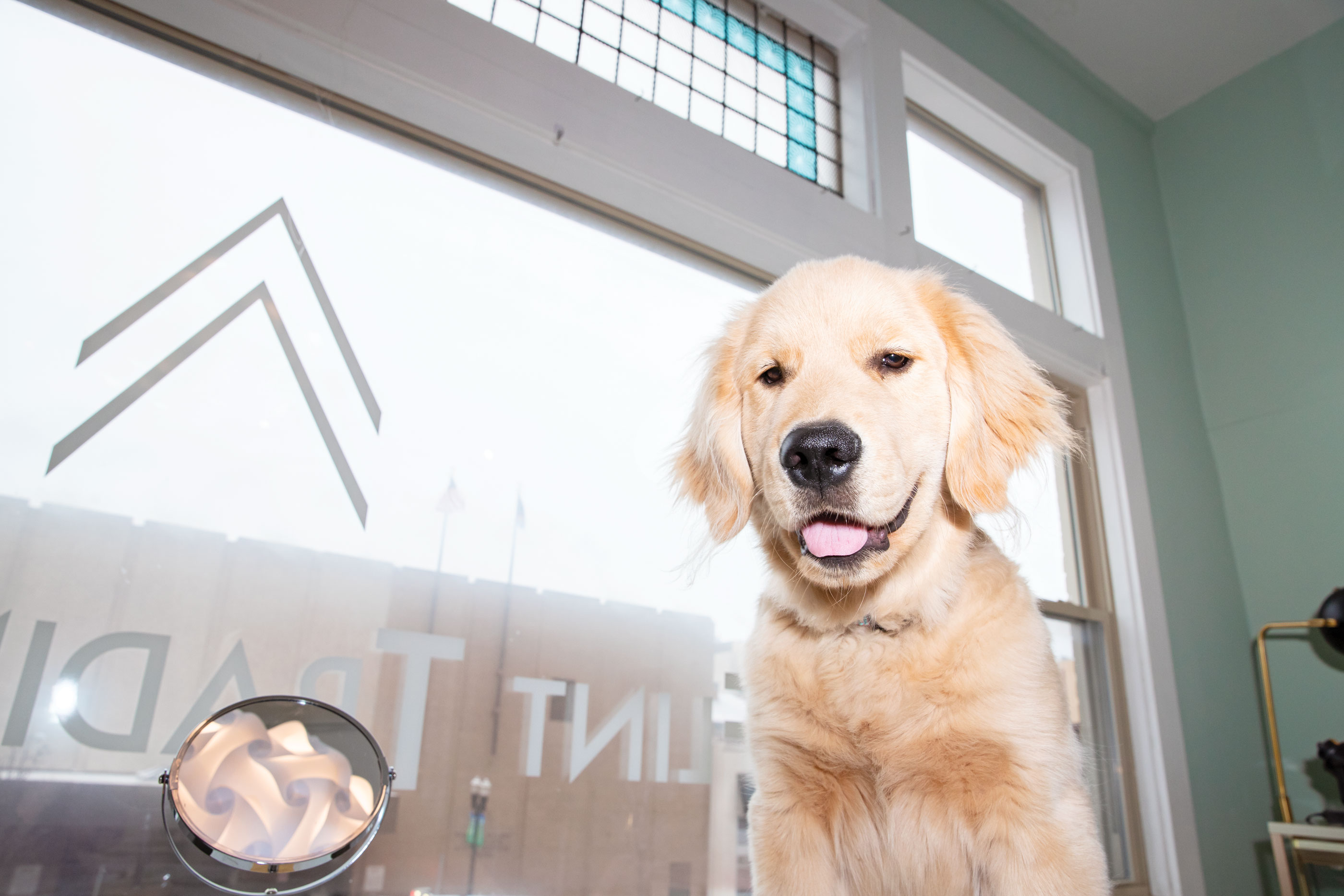 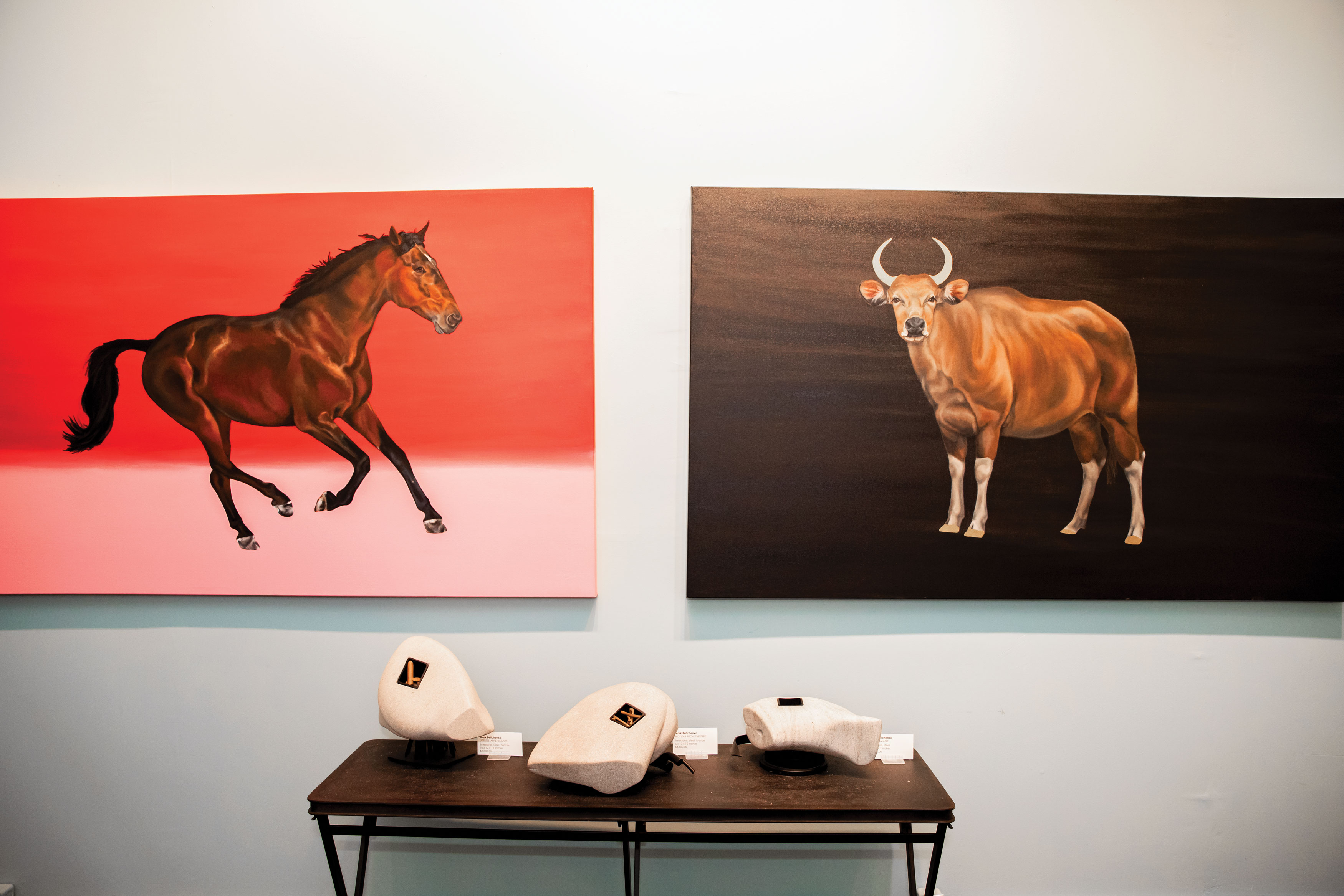