Organized by Don Clough in 1966 as the Flint Civic Wind Ensemble and sponsored by the Flint Community Music Association, today’s Flint Symphonic Wind Ensemble (FSWE) continues to produce beautiful music and entertainment for the Greater Flint community. “We have been in operation for more than 50 years,” says current Conductor, Chris Anderson. “We are entirely made up of adult volunteers with an age range of early 20s to late 80s. We are a welcoming group, open to everyone.” 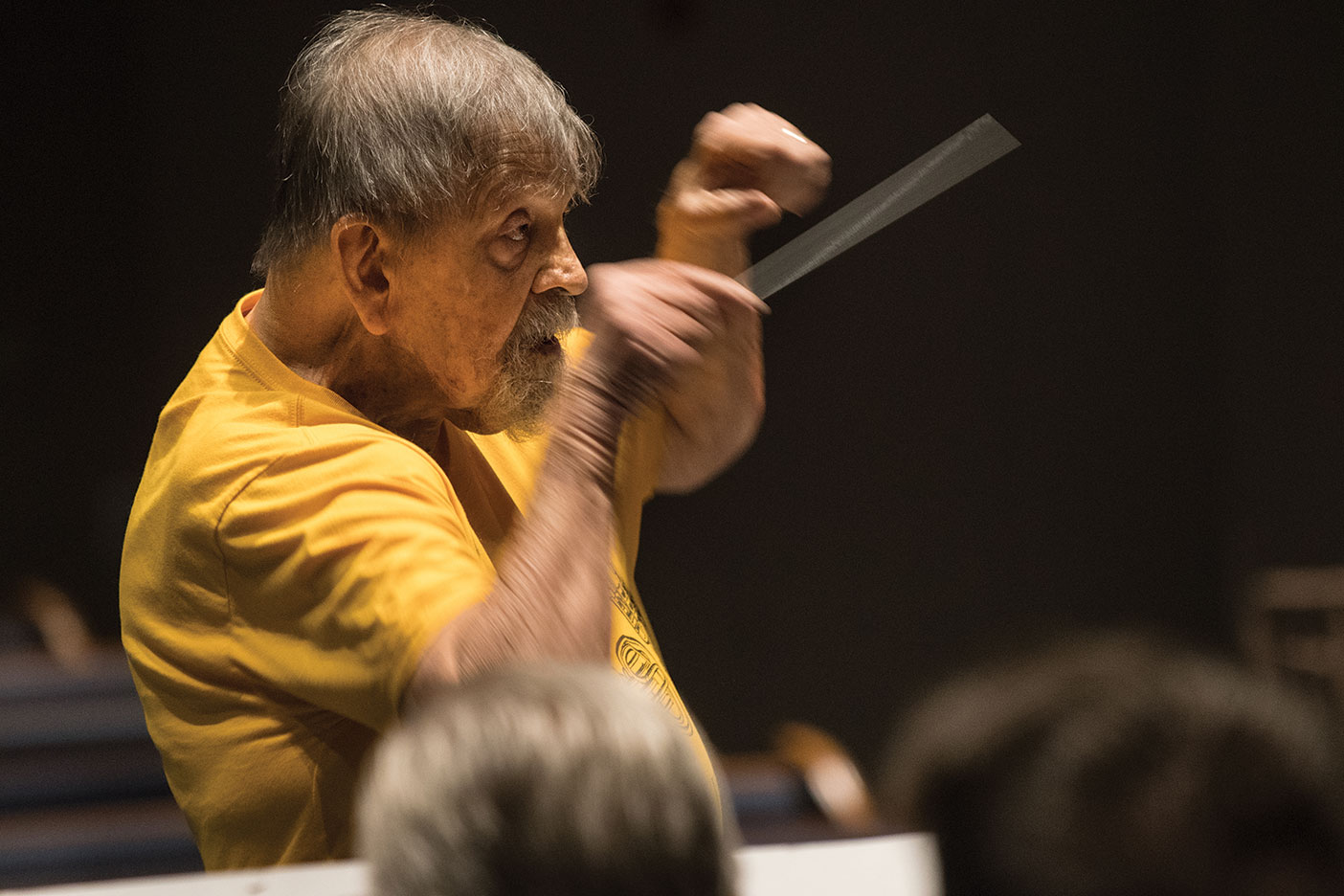 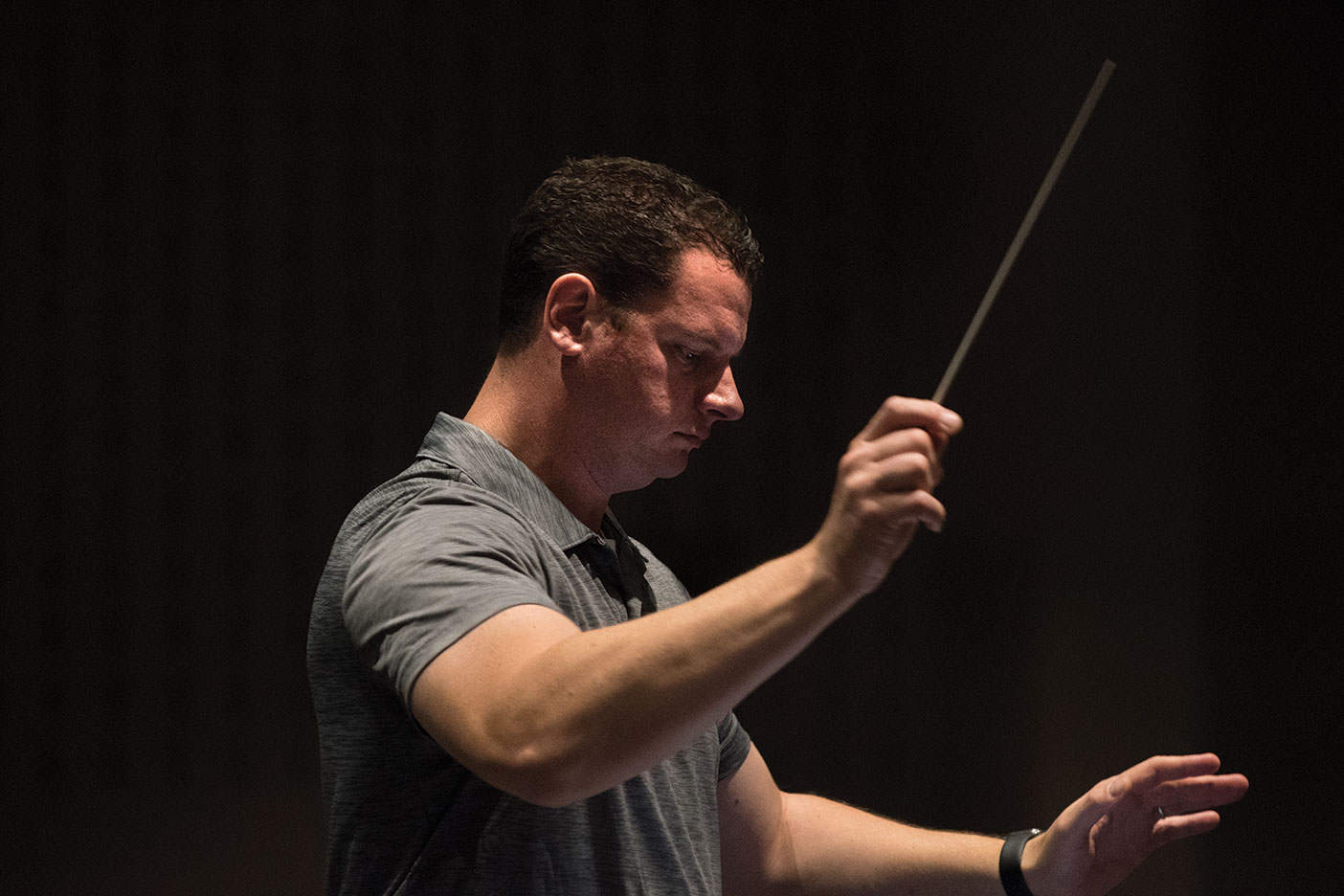 “Our group includes community members, some with extensive musical backgrounds, to players who have only recently become reacquainted with their instruments,” adds former group Vice President, Ron Sack. “We have a diverse make-up of people from college students to senior citizens. In fact, the ensemble founder and original member, Don Clough, still conducts and plays with us.”

The FSWE is a reflection of the Greater Flint music community and has a history of excellence, being led at times by legendary conductors including former Michigan Marching Band great William D. Revelli, and noted composer, James Curnow. The ensemble has placed highly in competition, most recently judged in the 99th percentile of community bands at the Red Cedar Festival that took place before the pandemic. “Those who attend our performances can expect a wide variety of music, played at an expert level,” states Anderson. 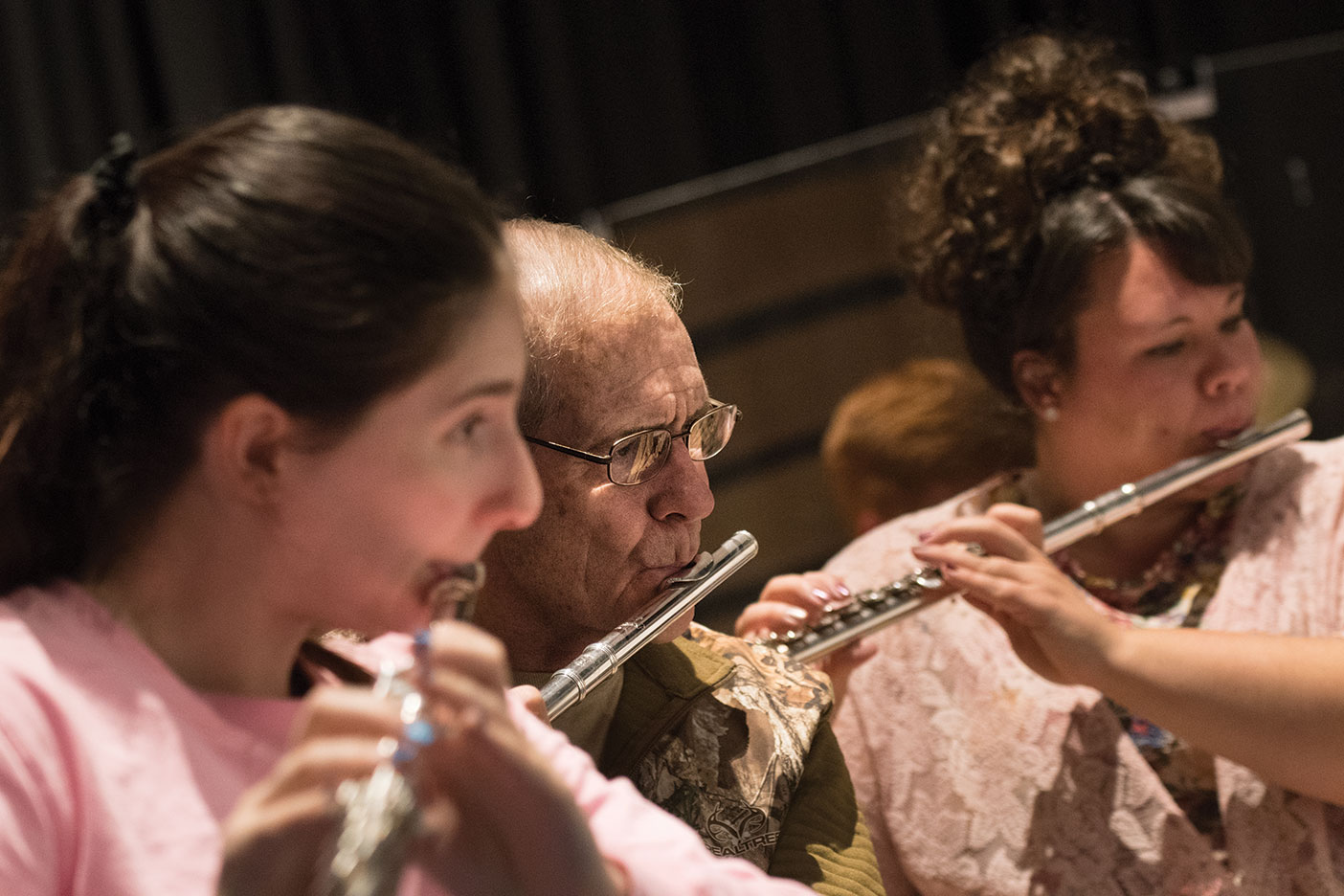 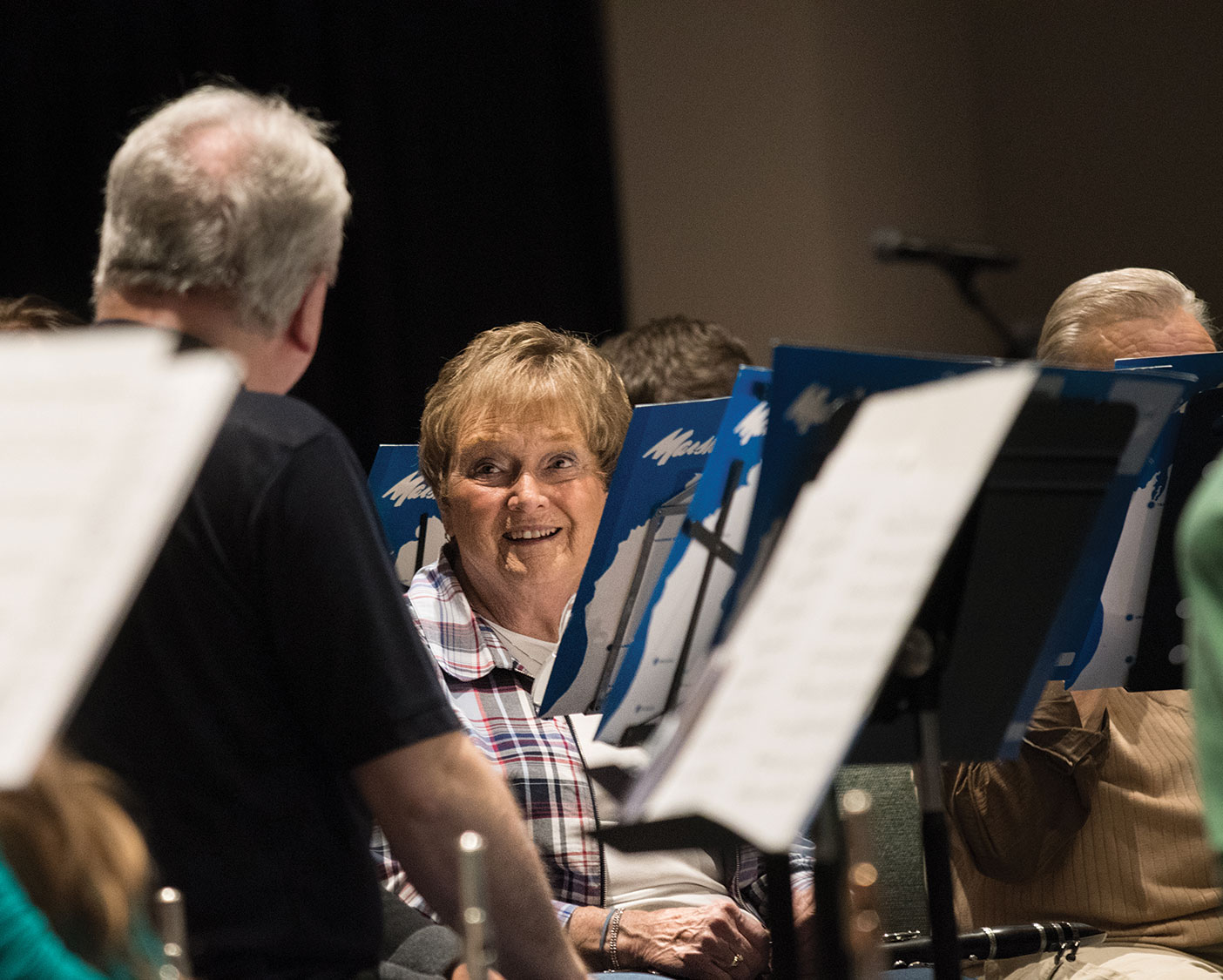 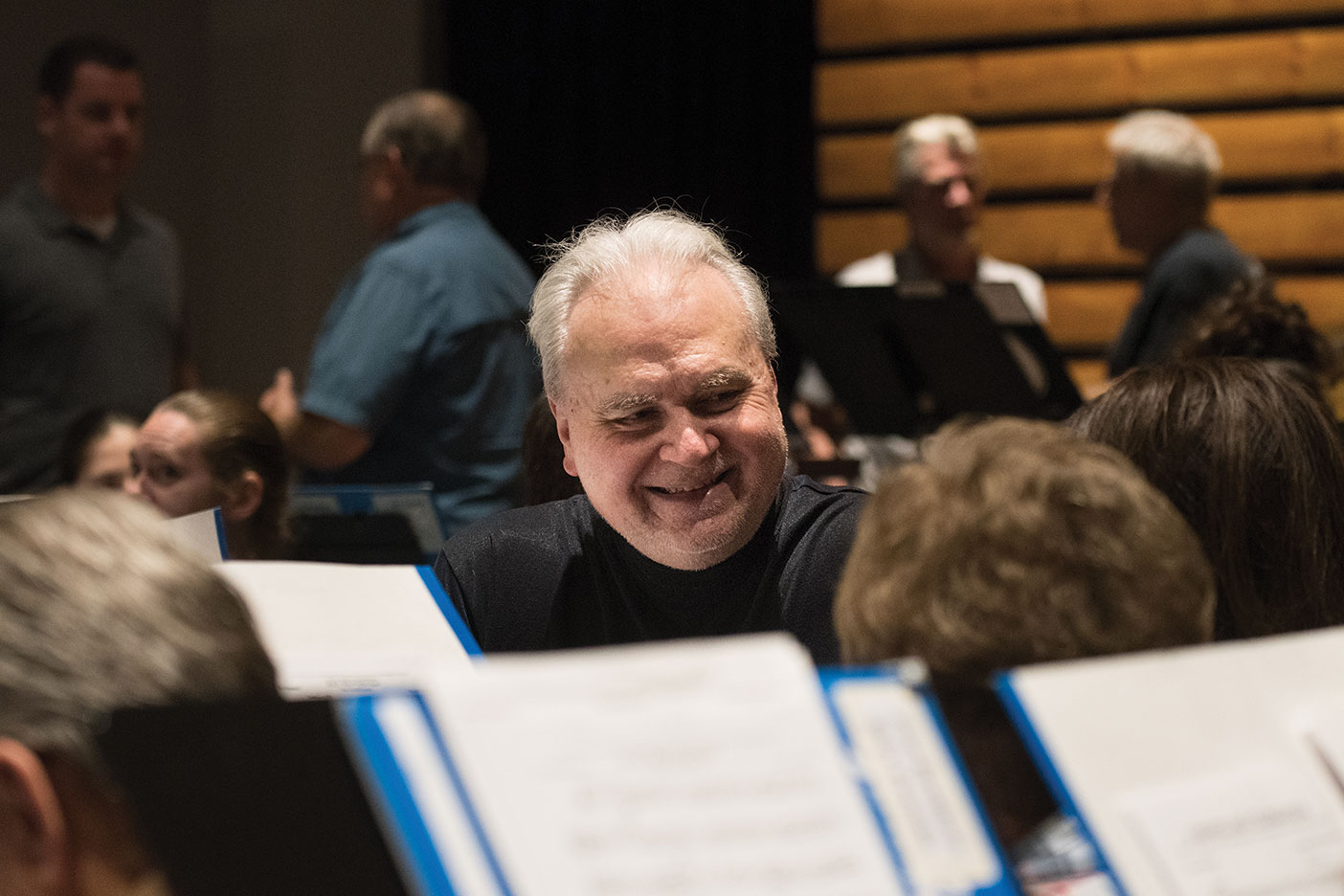 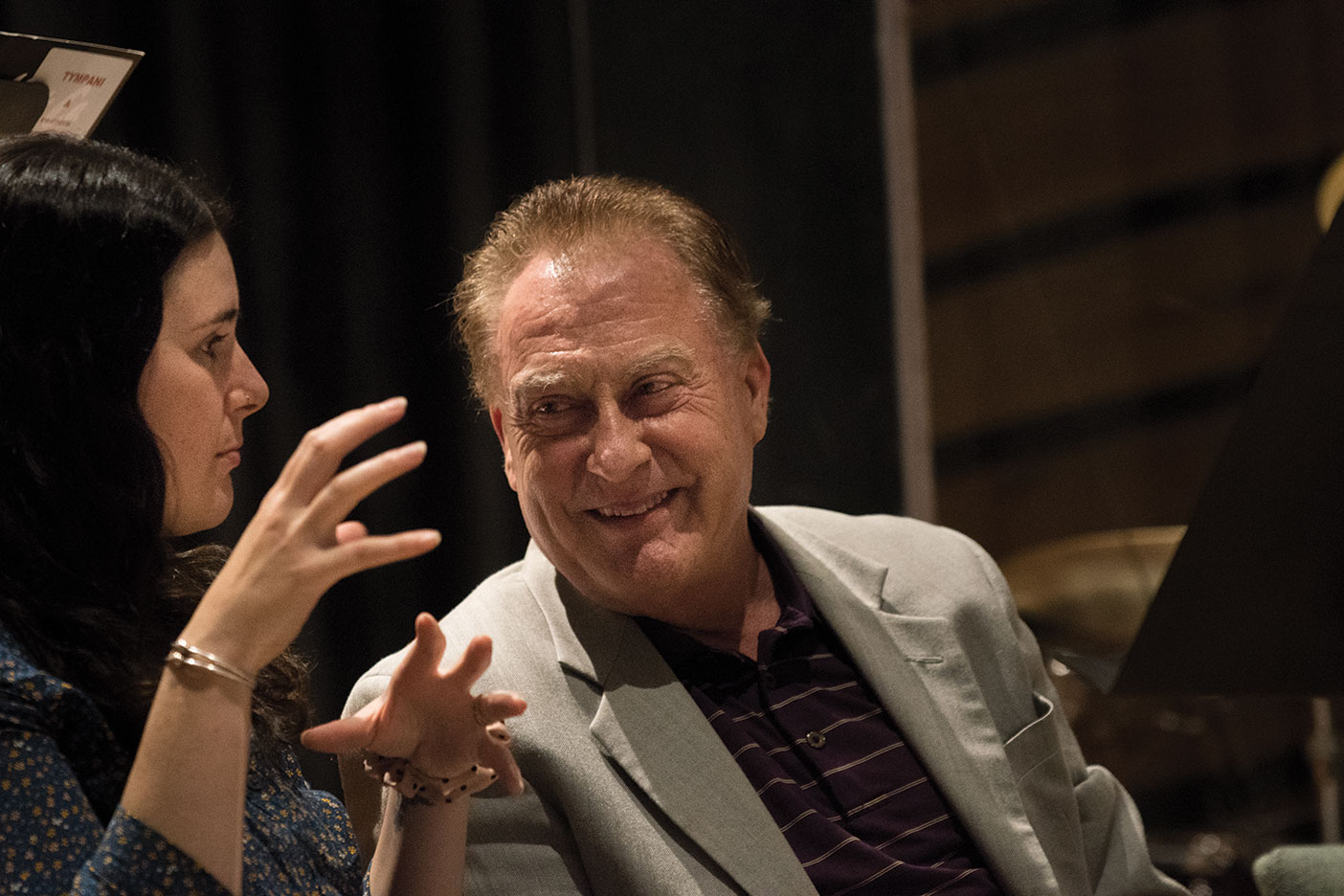 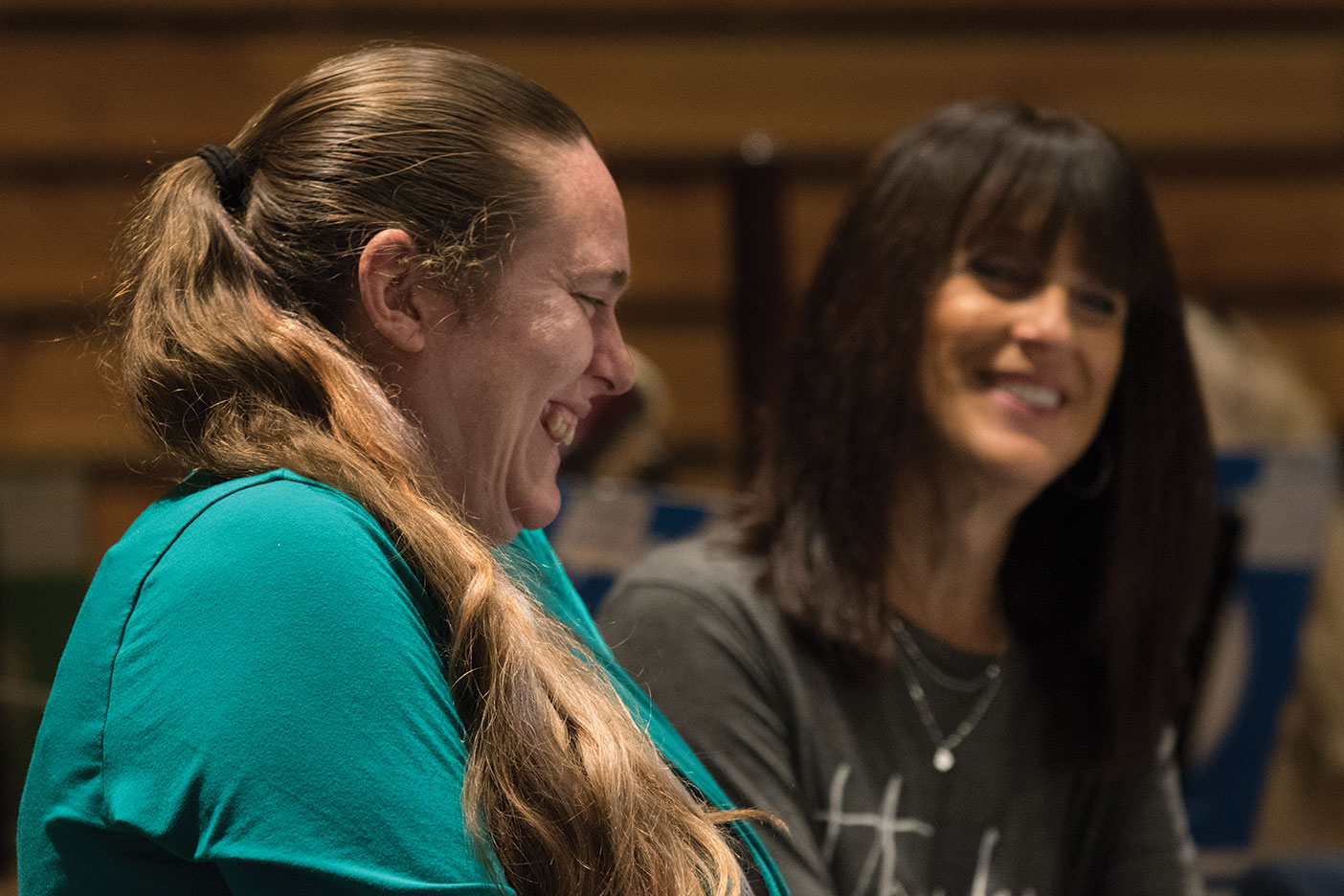 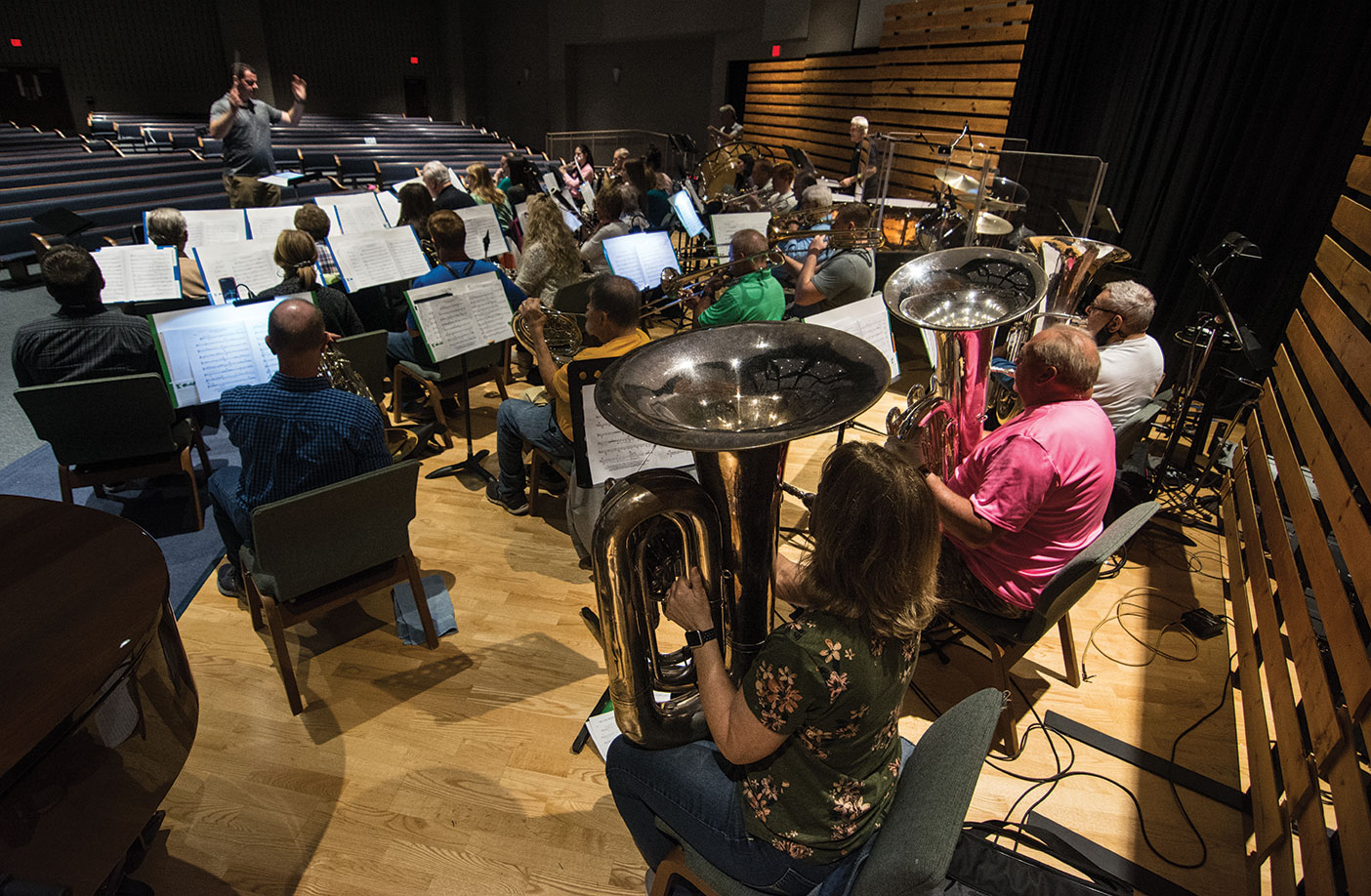 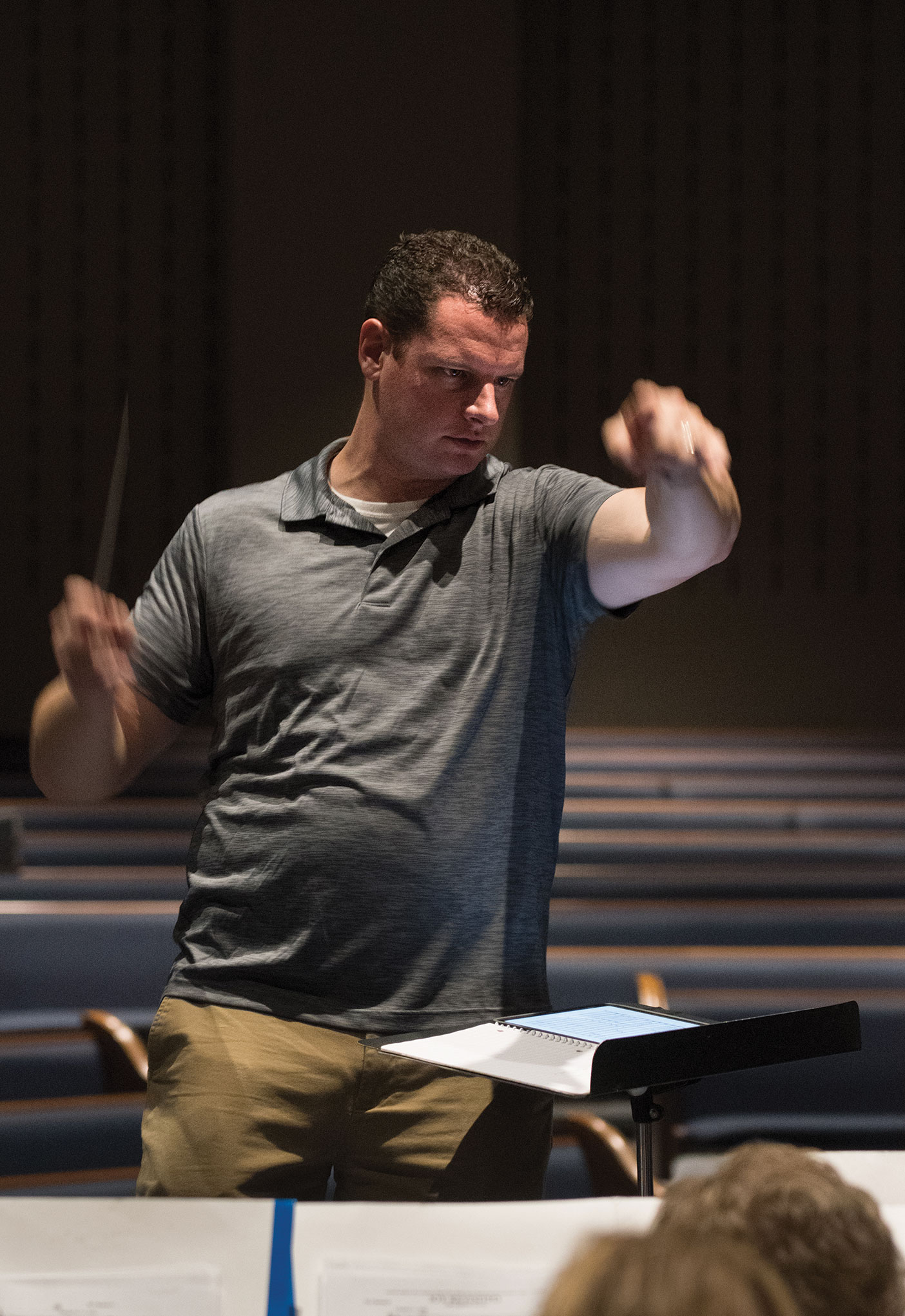 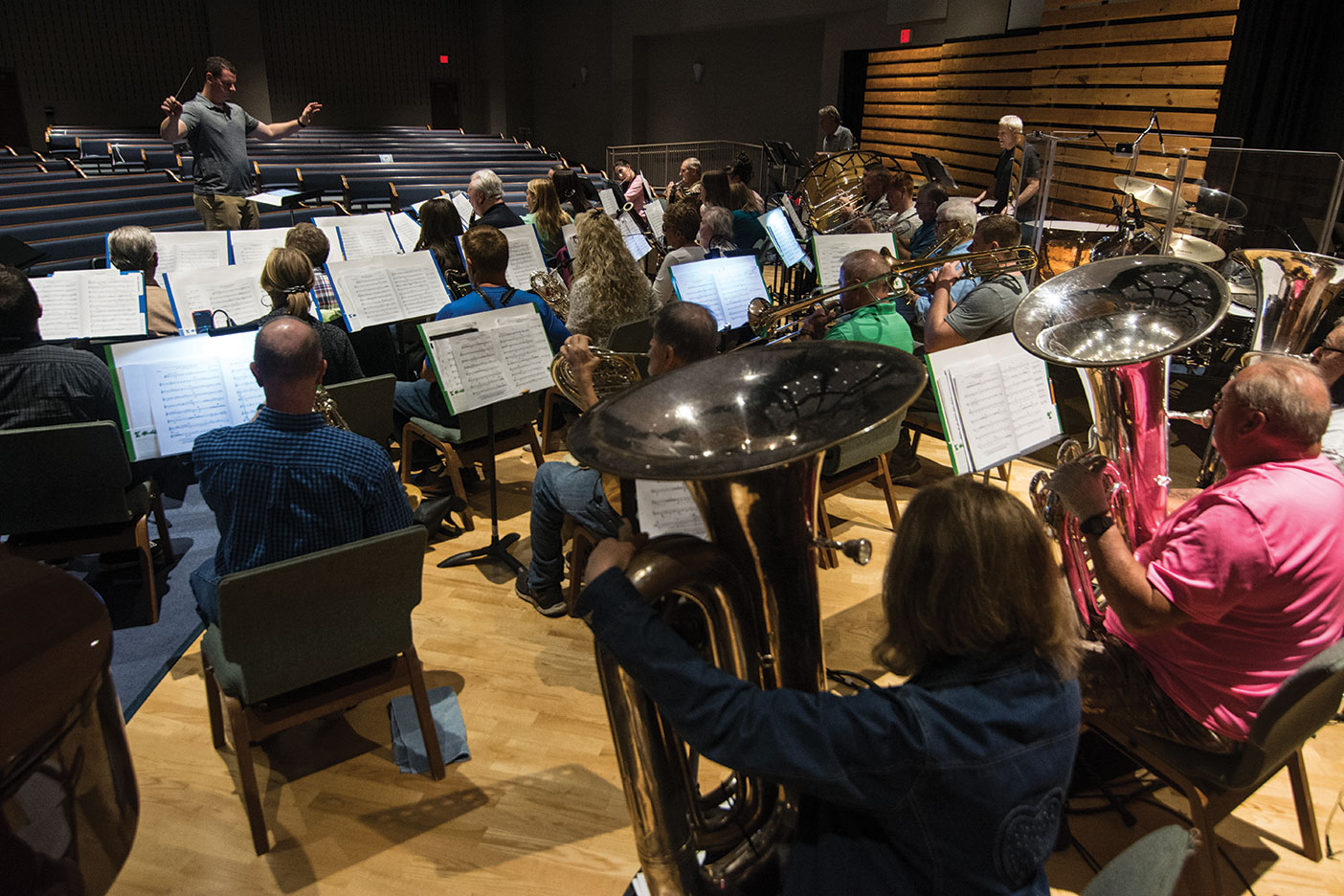 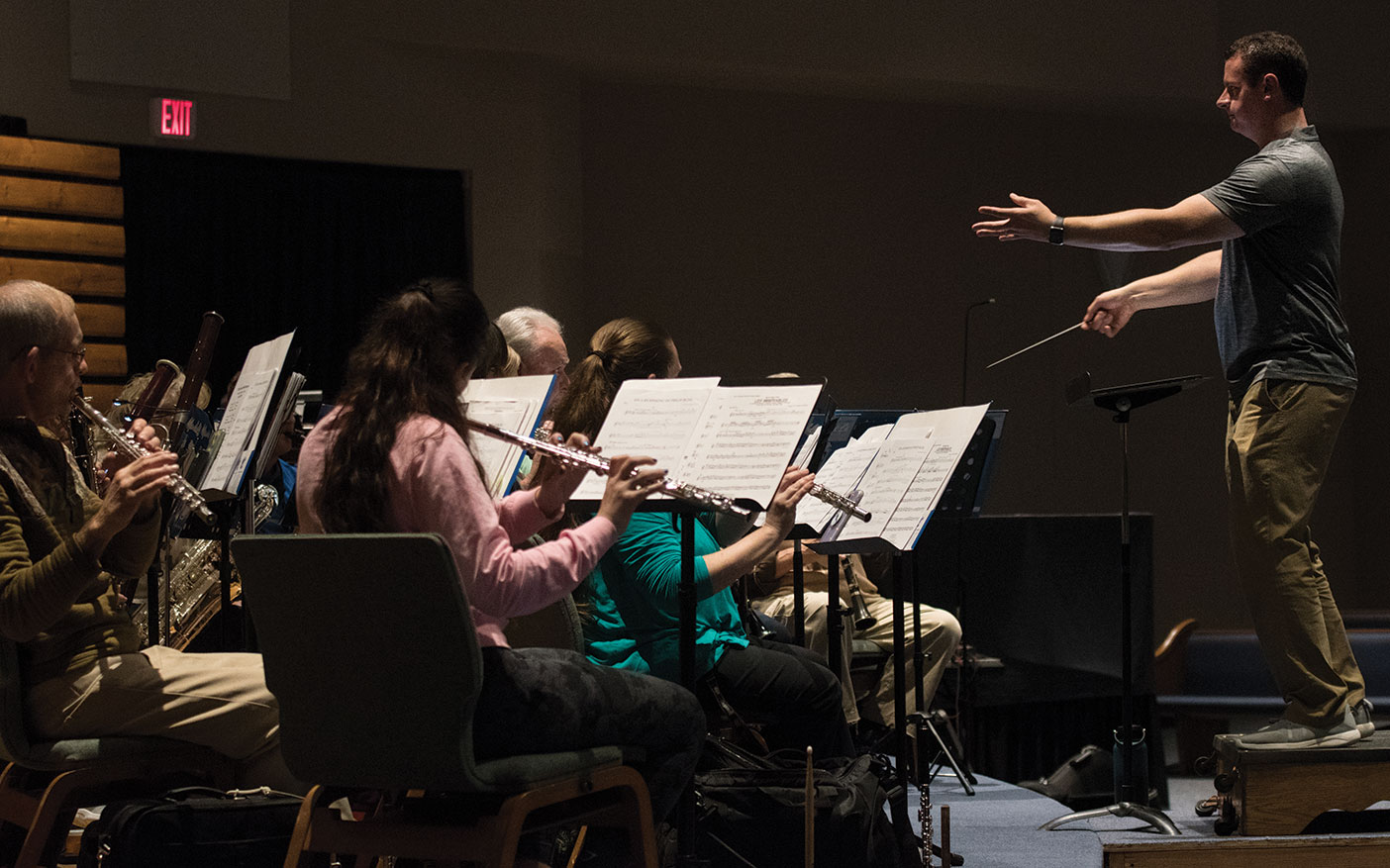 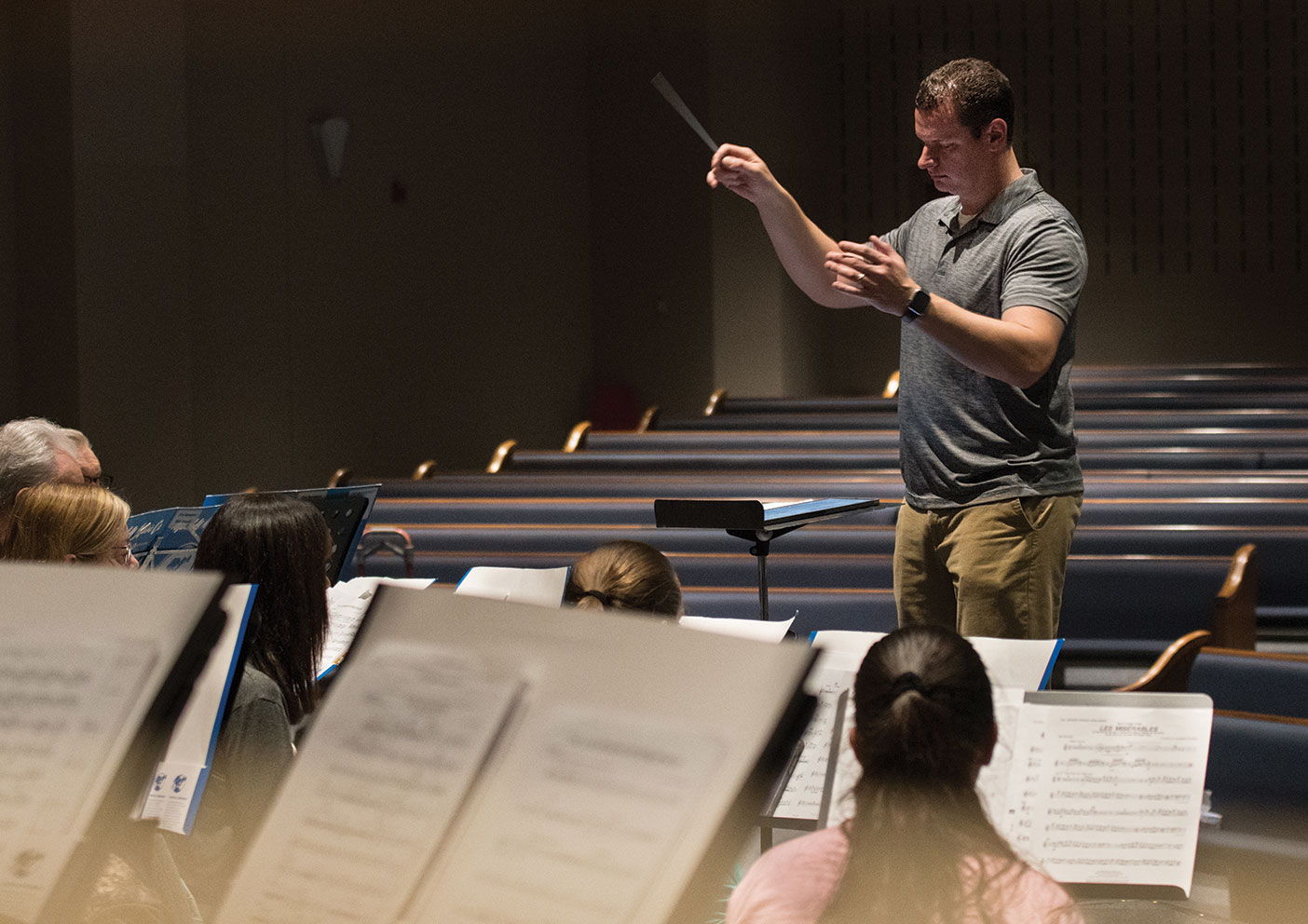 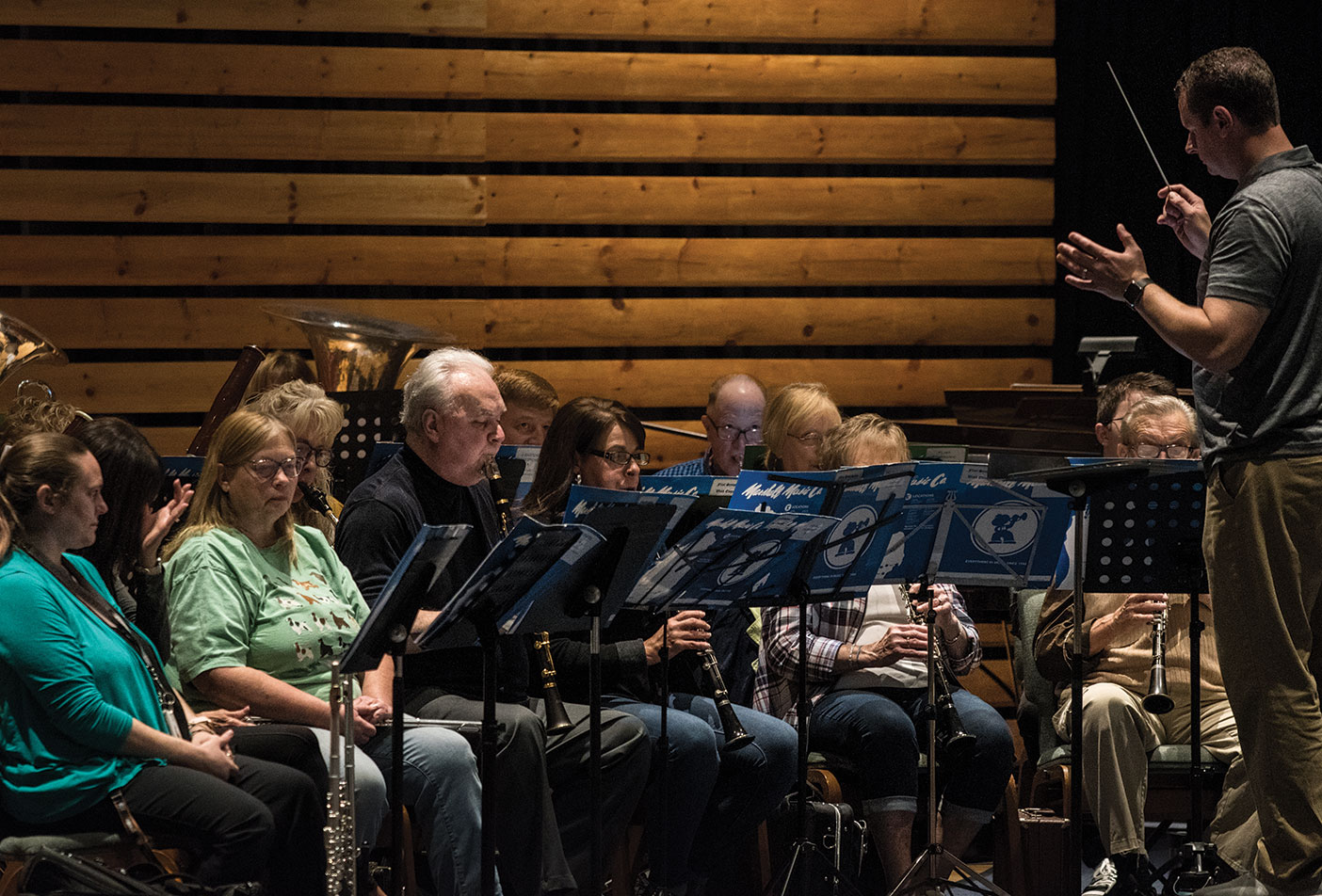 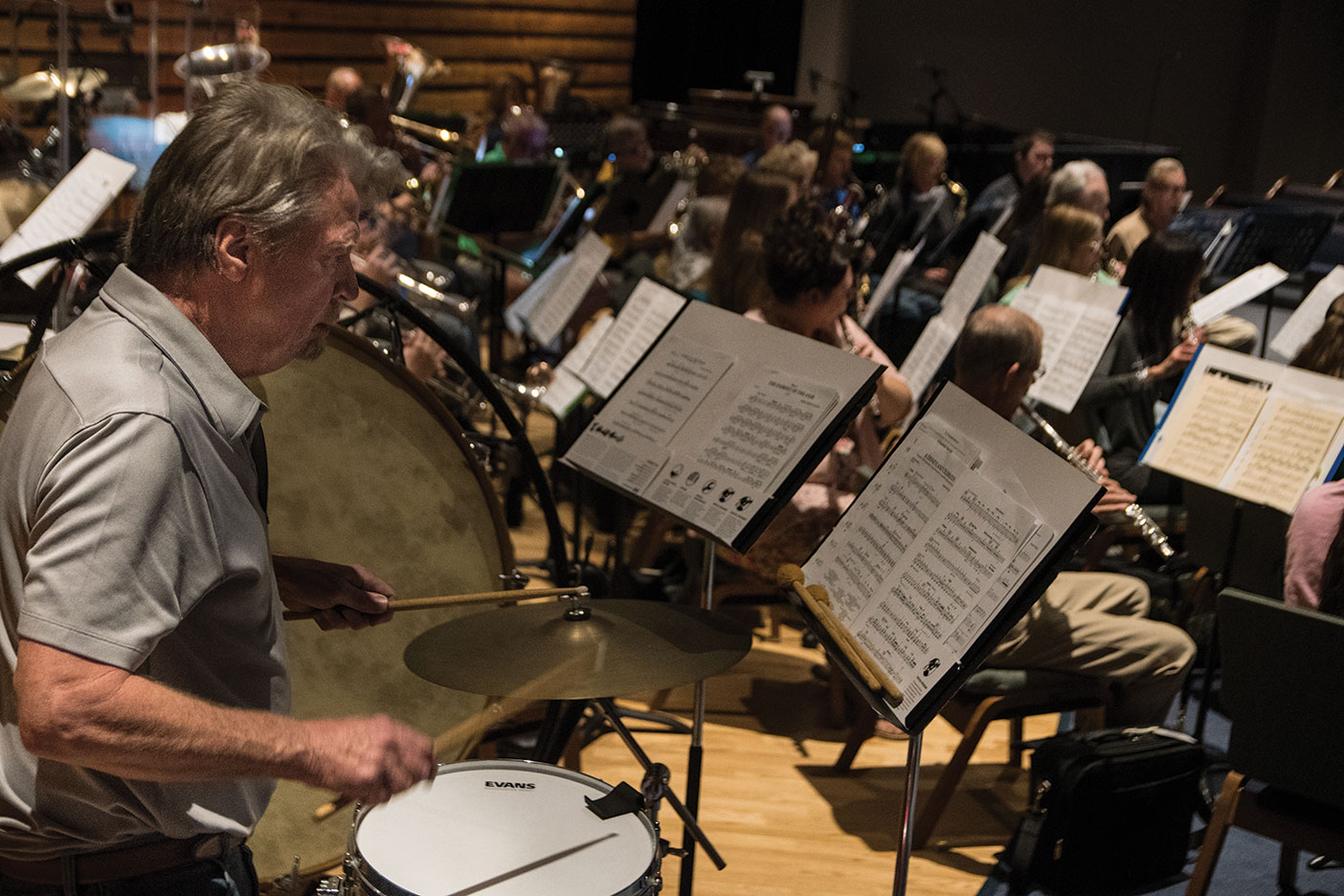 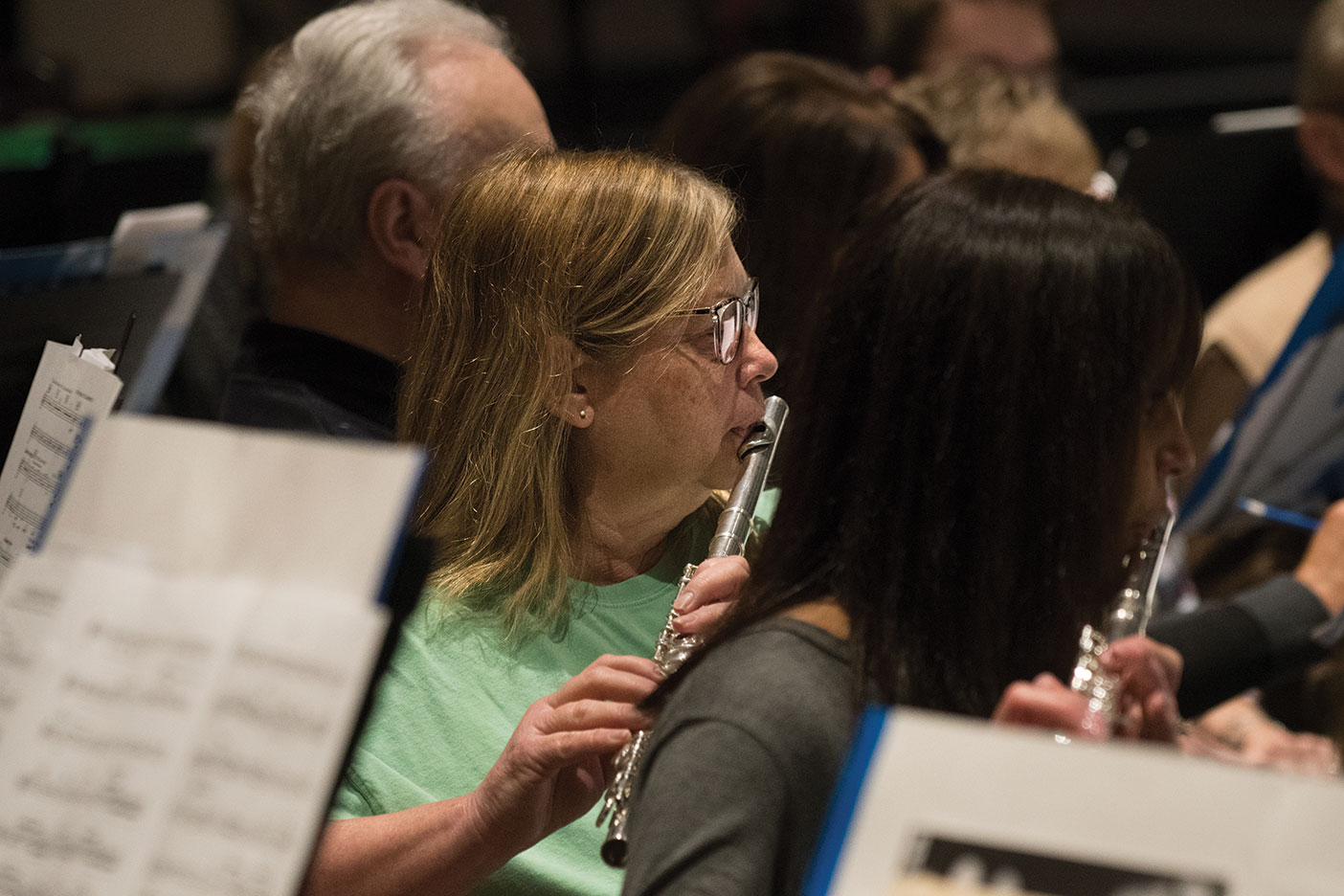 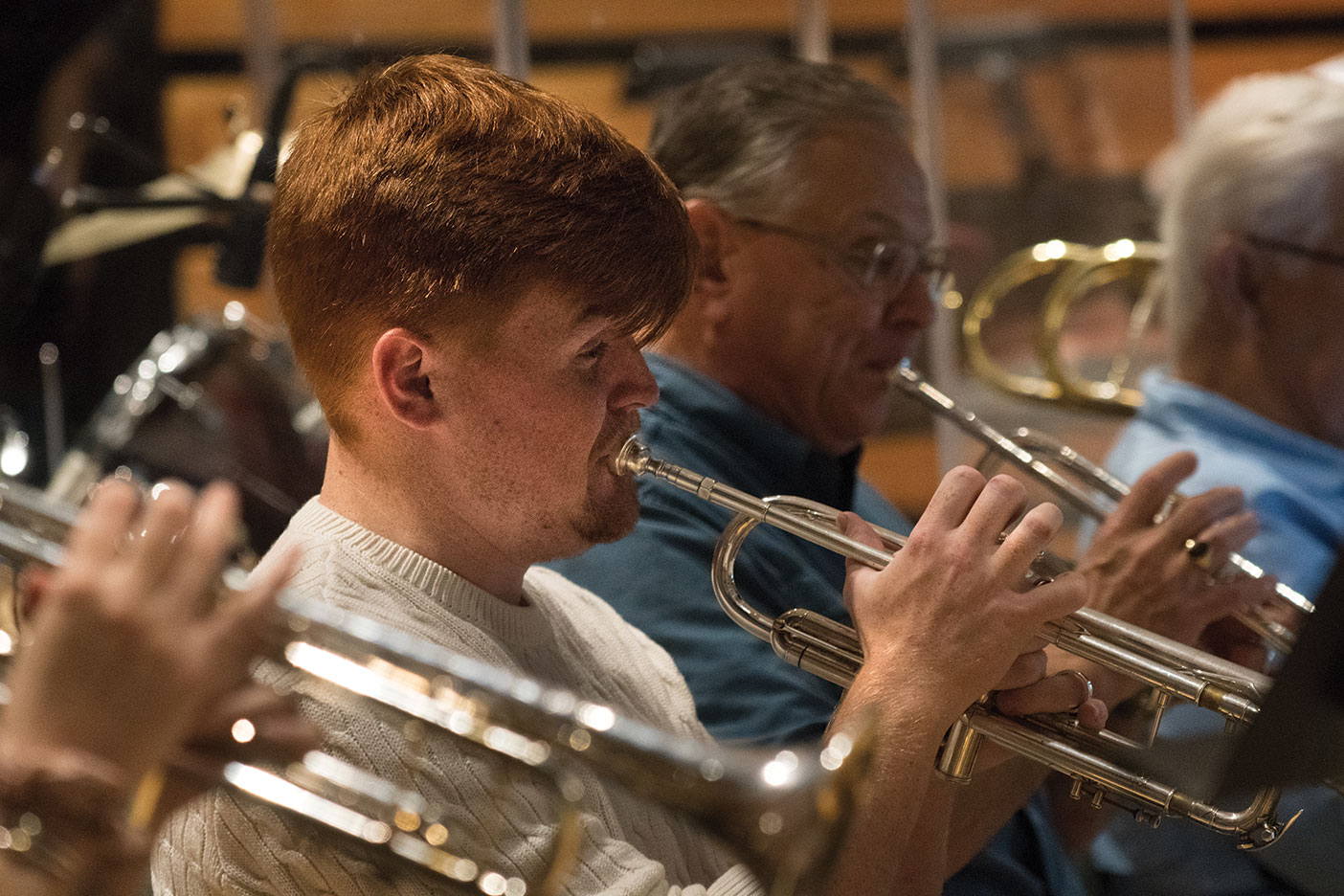 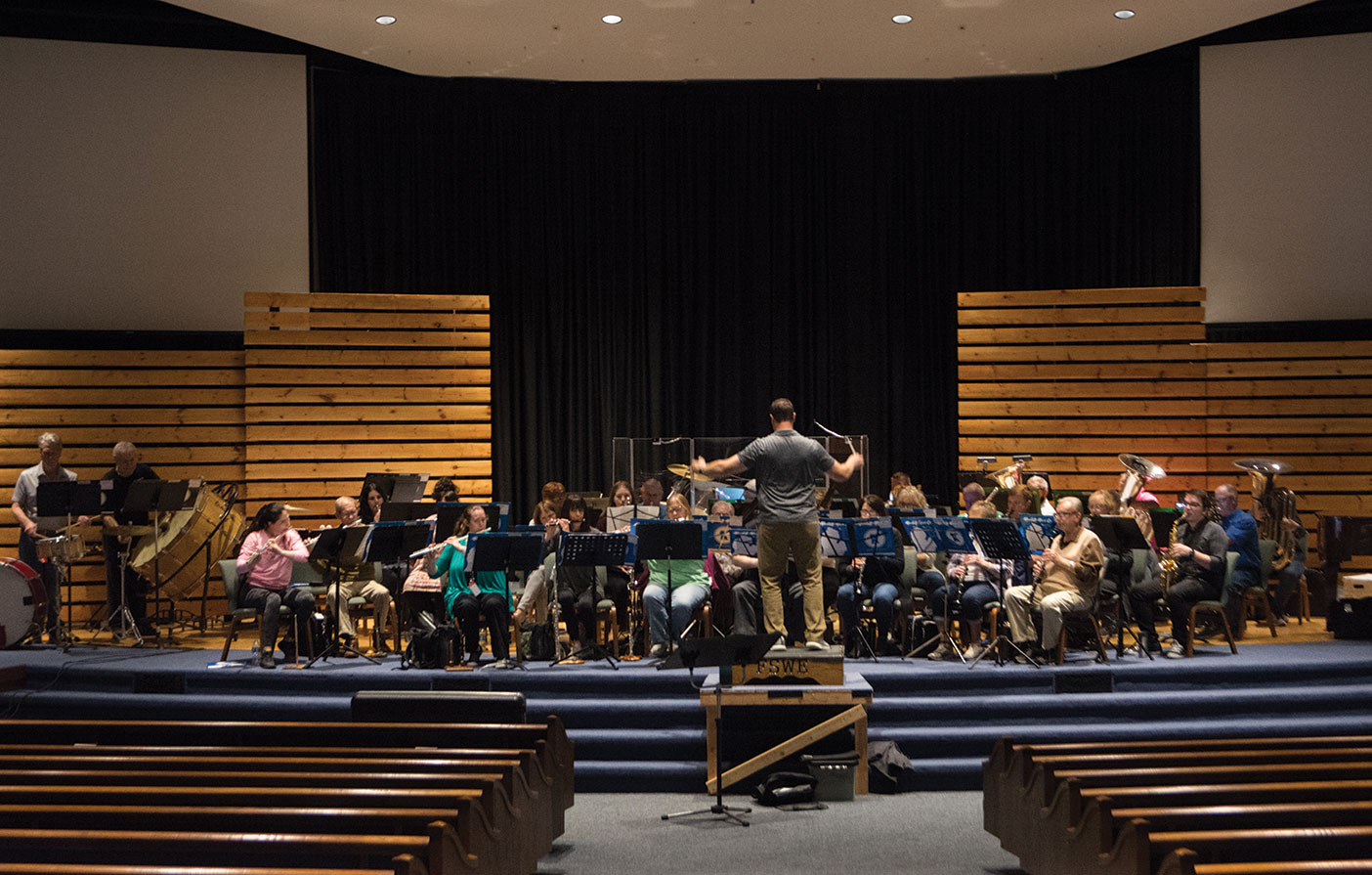 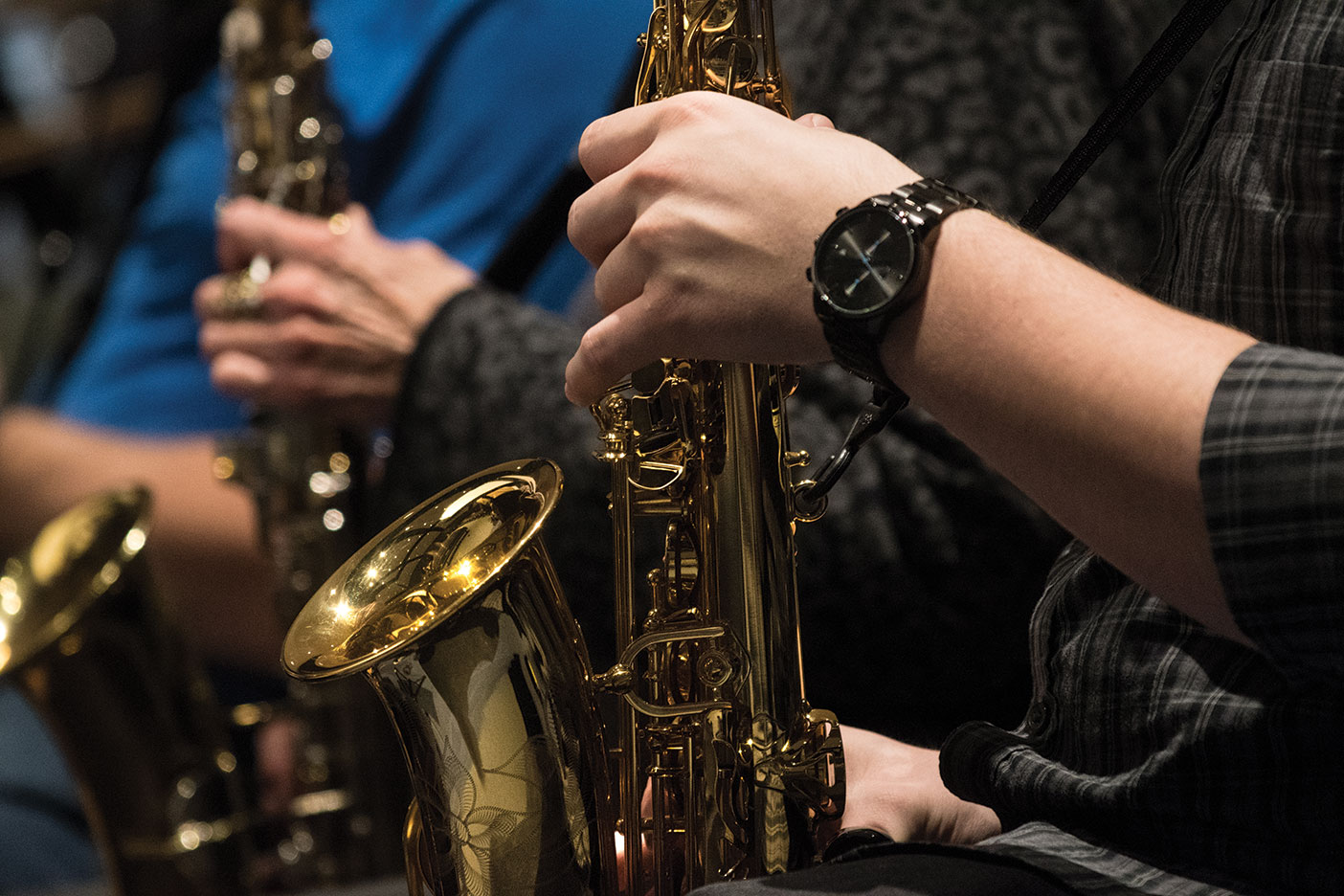 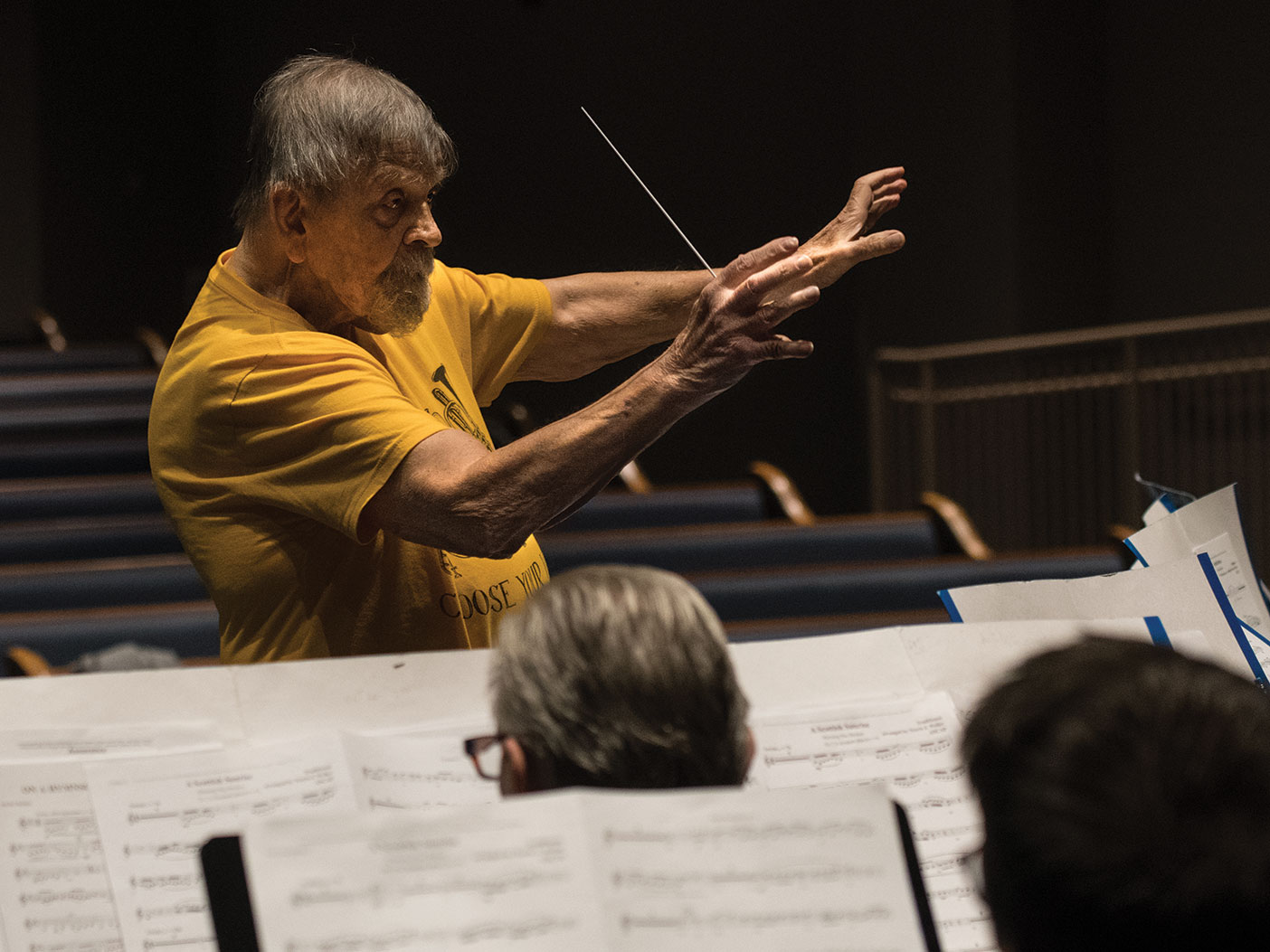 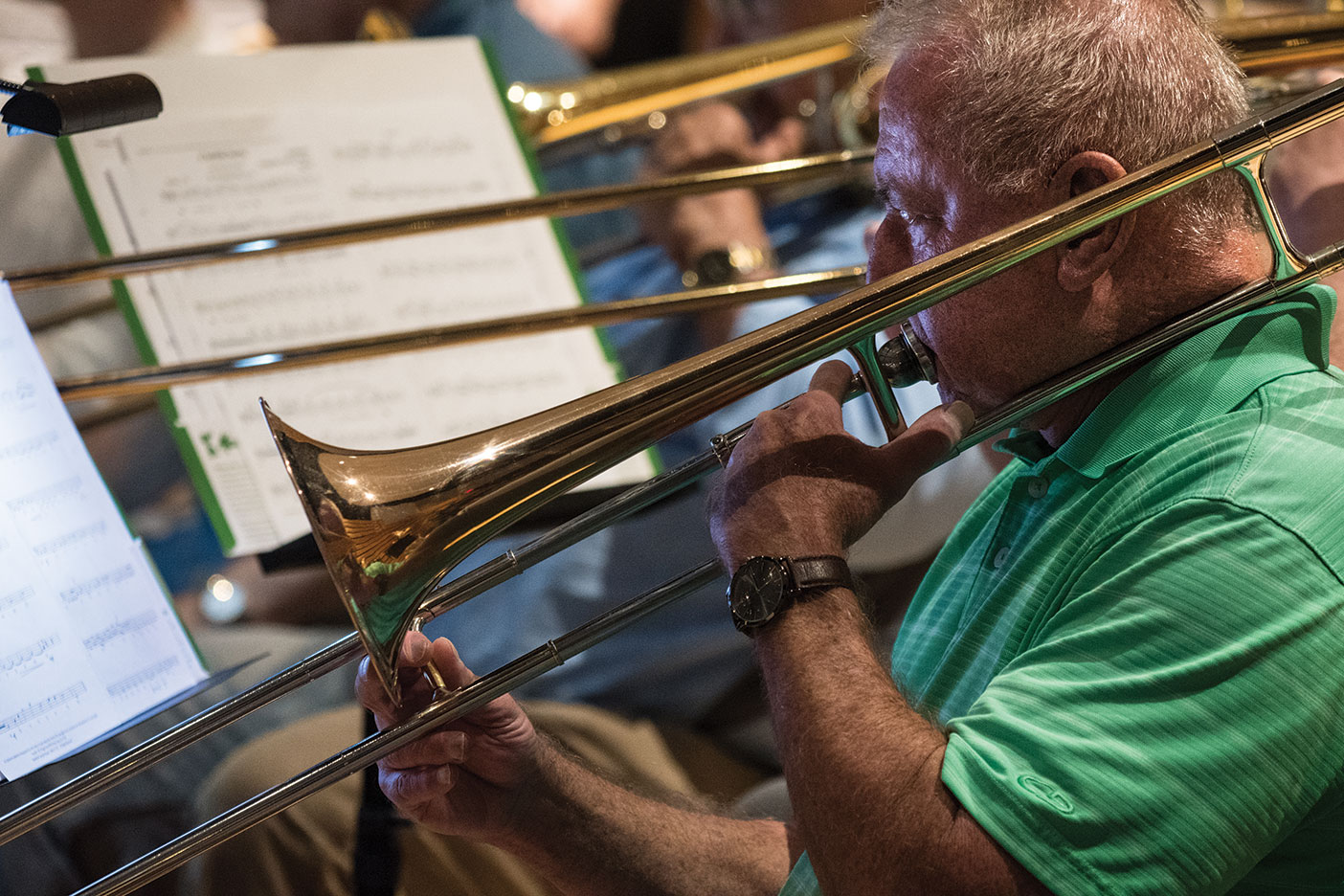 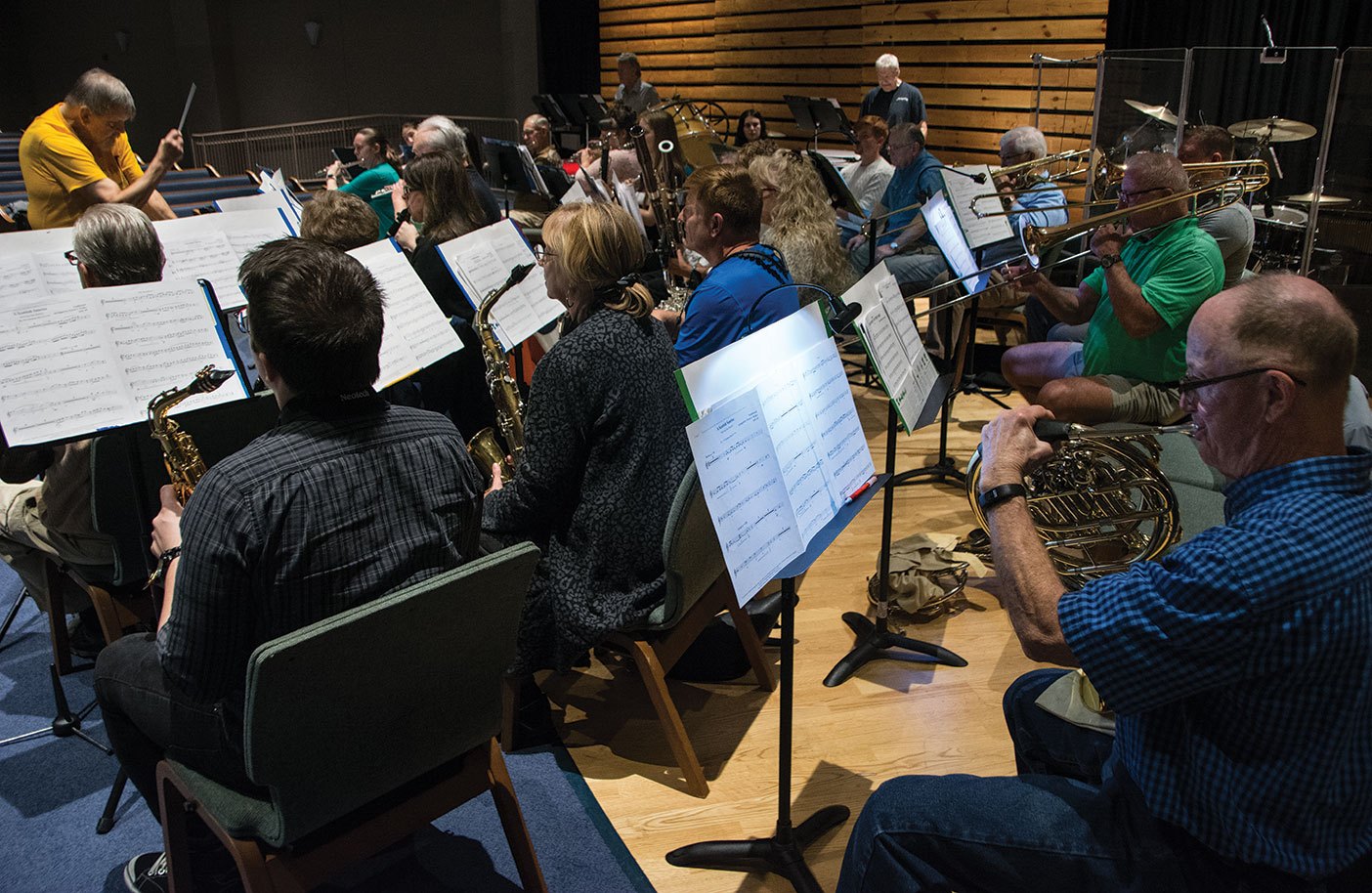 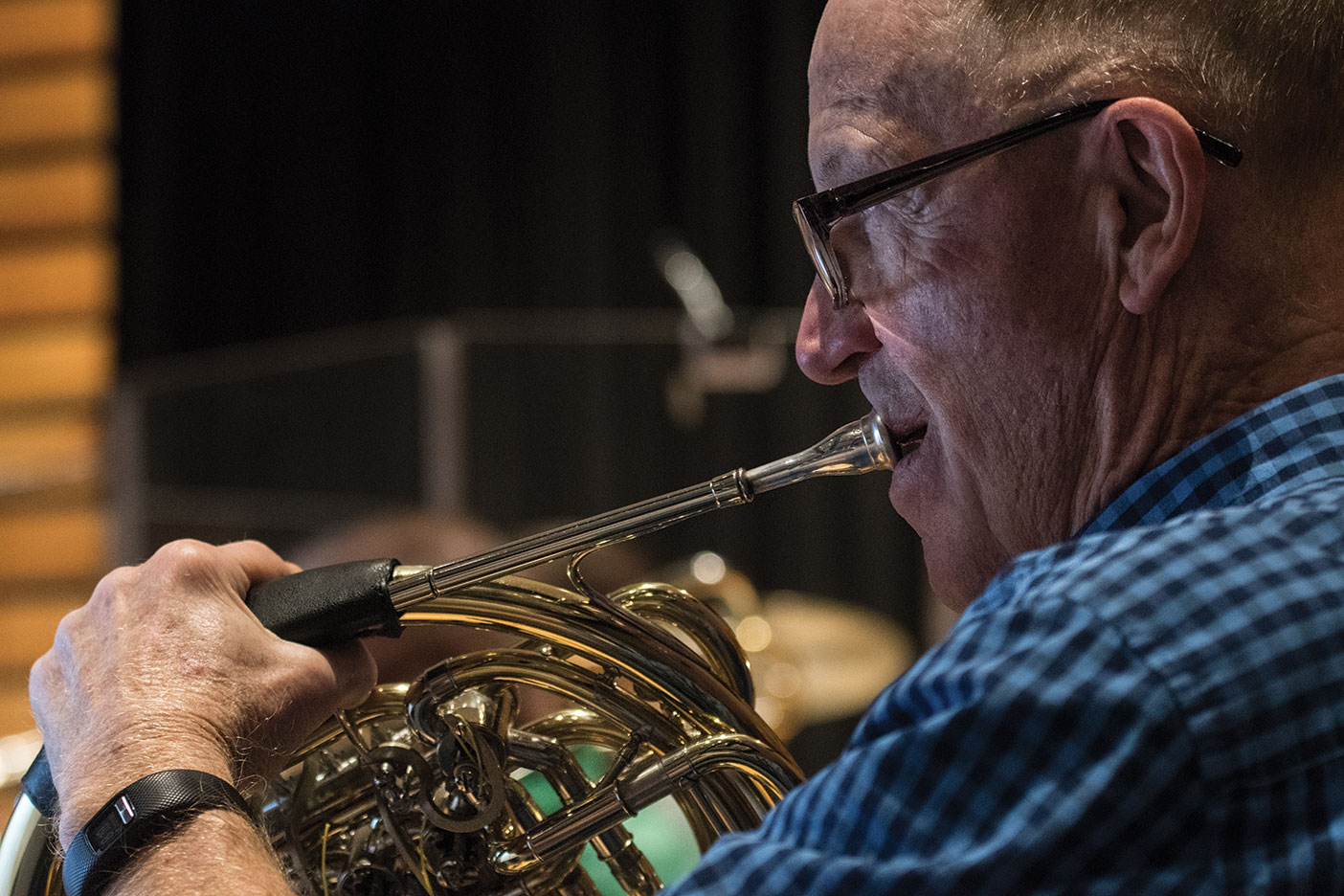 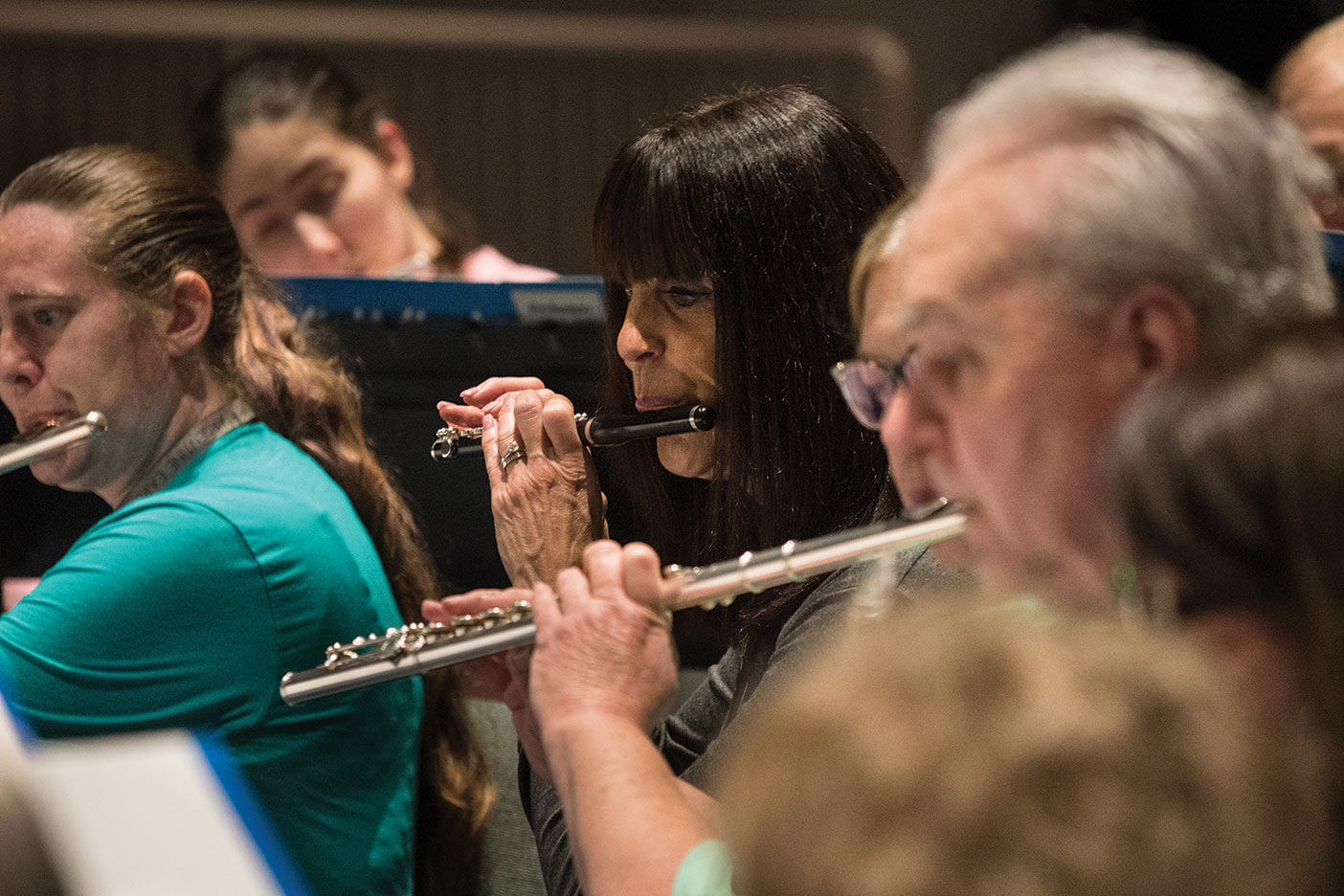 The FSWE operates with the mission “to provide musical access to both practice and performance for adult musicians and to provide music education and entertainment for the community.” Preparing for six to ten concert performances per season, rehearsals are held weekly. When the pandemic began, the band was shut down, only recently beginning a return to rehearsal. “The pandemic really hurt art programs across the country. Participation numbers are down everywhere,” explains Anderson. “When rehearsals finally began last month, we were down nearly 40 percent. Luckily, we have maintained a great balance of instrument sections.” Sack agrees. “We usually play with about 50 members but we started this season with around 34 or so,” he adds. “Thankfully, the instrumentation is very balanced. I would like to add that we are always open to newcomers.”

To play in the FSWE, a musician must be a high school graduate who can read music and is willing to accept the responsibilities of practice and performance. Each member pays a $20 annual fee. There are no auditions. “It’s for anyone who would like to continue playing and it provides great brain stimulation. It keeps me mentally sharp,” adds Sack, who plays trombone.

In October, the FSWE played its first concert in nearly two years and is currently rehearsing for their much-anticipated Christmas concert on December 14. “We have a variety of favorites planned,” says Anderson. “We plan to play ‘Rudolph the Red-Nosed Reindeer,’ ‘Sleigh Ride,’ ‘Jingle Bells’ and others. Donations collected at the Christmas concert will benefit a local charity.” Another highly-anticipated concert will take place in the spring and feature a never-before-heard, three-part selection written for the FSWE. “We got a grant for someone to write a piece of music just for us,” states Sack. “Written by Marian Anderson, the three-part number will tell the history of Flint through music.”

As the Greater Flint music scene continues to open up, the FSWE is ready to get back to its normal routine of providing adults an outlet for music expression and entertaining the community with graceful music selections and exemplary musicianship. “We are one of four community bands not counting the Flint Symphony Orchestra,” says Sack. “We share members and collaborate on occasion. Participation seems to be much less than what we had ten years ago; support for the music scene in Flint – from community bands to high school – needs to continue.” 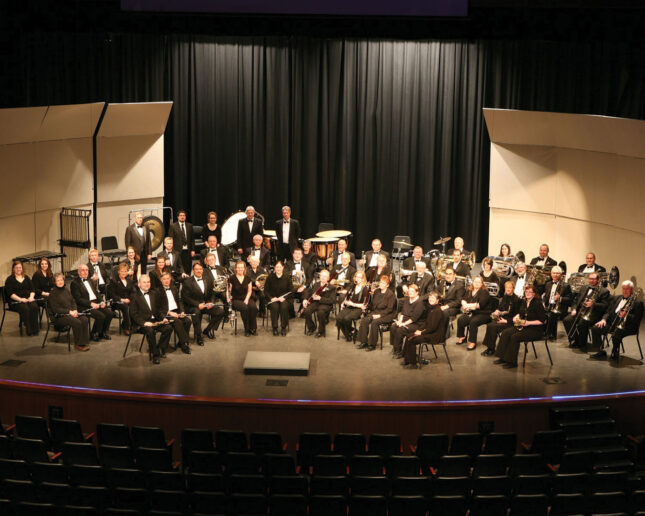 Anderson encourages supporting the FSWE by attending a concert, joining or donating. “Donations are used to purchase music, rent facilities and equipment,” he explains. “Performances are about an hour long and admission is absolutely FREE. We are so excited to be back this season!”

The FSWE performs and rehearses at Mayfair Bible Church in Flushing and performs concerts at Carman-Ainsworth High School. For sponsor information and an upcoming performance schedule, visit fswe-band.com. Those seeking information about joining the ensemble are invited to email admin@fswe-band.com.