Gravity-defying four-tier pyramids, stunning front flips and back flips, barefooting and thrilling jumps are what you will see at the Silver Lake Ski Club Show held every Tuesday evening during the summer at Fenton’s Silver Lake Park. It is no surprise that this exciting stunt show was voted Best Outdoor Event in My City Magazine City’s Choice Awards and is probably one of Fenton’s best-kept secrets, according to Sean Affrica, Club Vice President and Show Director. The theme of the show this year is “Fenton’s Got Talent” and the Show Team provides one thrilling hour of entertainment, preceded by a Pre-Show Exhibition performance by the Junior Team. The stunts can be dangerous, but the club is very safety conscious, says Sean. The biggest show of the year is held in July, the kick-off event of Fenton’s annual three-day Freedom Festival. 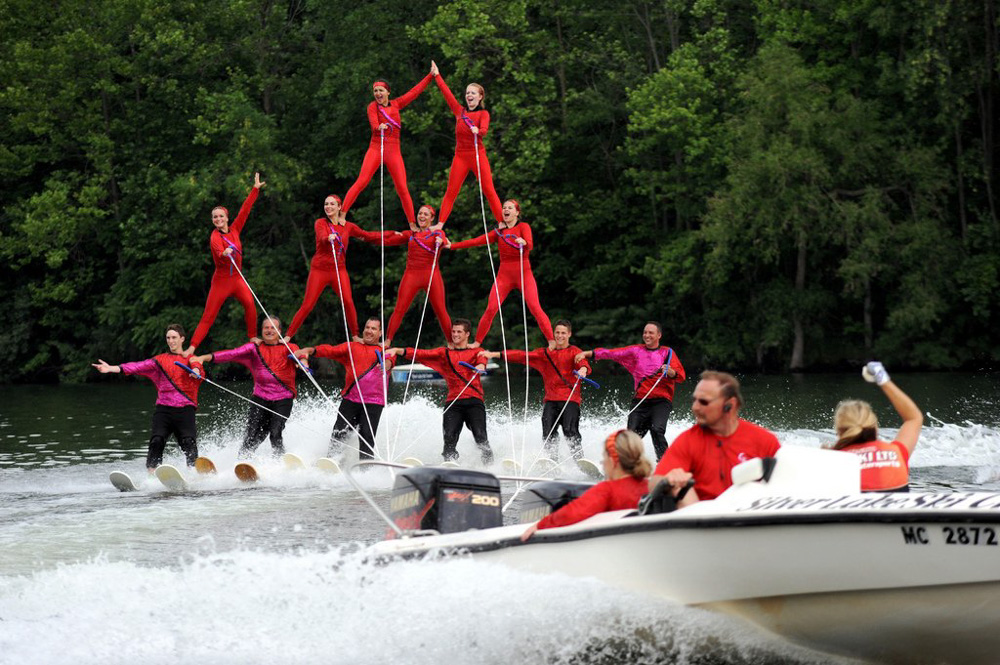 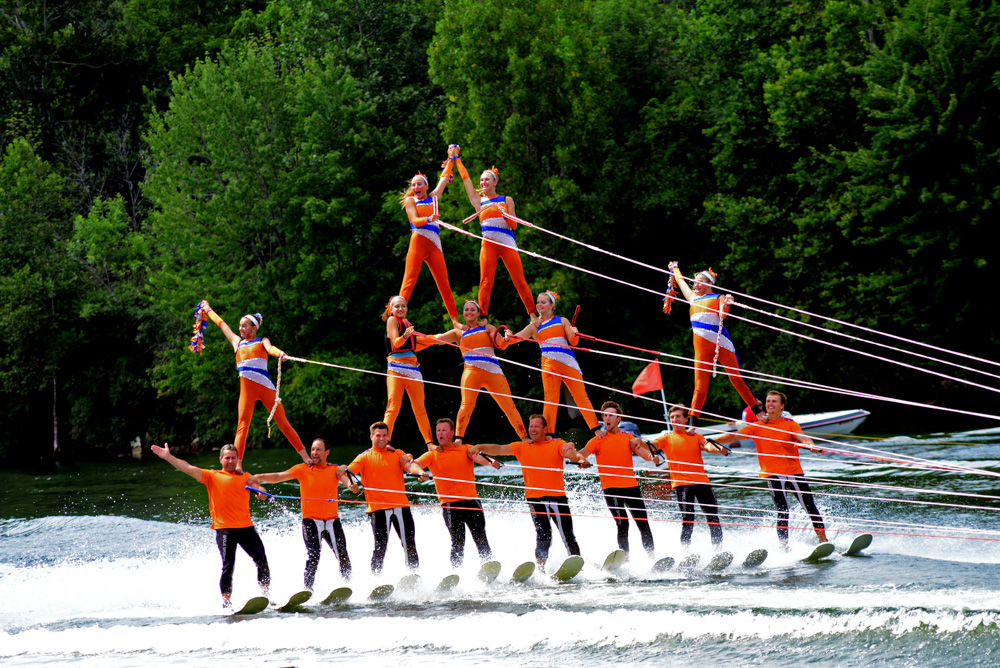 The Silver Lake Ski Club is rich in history and family values, which is why it has existed for 55 years, says Sean. The competitive show team is considered one of the best in the country and has gained national recognition, as well as winning many regional and state championships. Currently, there are about 50 active members. “You don’t need to know how to ski to join,” says Leslie Saunders, one of the spotters and show director for the team. “We teach you.” Spotters ride in the boats with the drivers and make sure the skiers are safe.

The club is always looking for families to join as it offers something for everyone. “It’s a team sport,” Leslie explains. “Your child might not be a great soccer player but might really enjoy skiing.” One family that joined recently has a daughter who was extremely shy. “By the end of the summer, she was the most improved skier and gained a lot of confidence,” says Leslie.

The club has a contract with the city of Fenton for use of the site at Silver Lake. “Silver Lake is awesome!” exclaims Sean. The team practices twice a week during the summer and has indoor practices in a local gym during the winter. Both Sean and Leslie’s family members are in the club. “It’s our only family sport in the summer,” says Sean. He and some of the others have skied professionally and often help coach the younger and less-experienced skiers. Adult members also work with the kids in the Junior Program, which has been a huge success. The club holds fundraising events throughout the year and has several sponsors including The State Bank, Chassé Ballroom and Latin Dance Studio, and Al Serra Auto Plaza.

Leslie believes the best things about being a member of the Silver Lake Ski Club are that it’s family oriented, competitive and a whole lot of fun. “We’re like family and we are all there for each other,” she says. “It provides positive role models for kids and teaches them how to work together as a team.”

Although the club took a break this year from national competition, they plan to be ready for it next summer. “The closest we’ve come to winning is third place and we want to be national champions!” Sean expresses. They are working hard toward that goal – and having a whole lot of fun doing it!