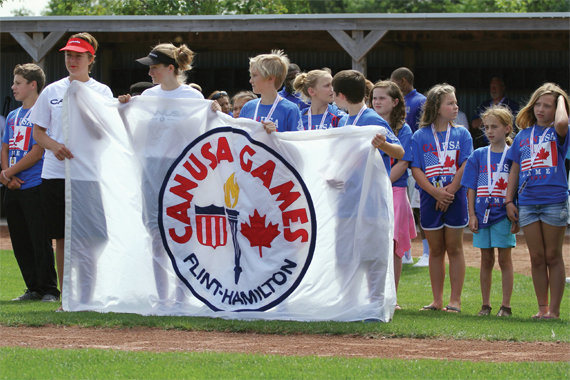 Congratulations to all the participants of the 56th-Annual CANUSA games from Hamilton, Ontario and Flint, MI on their collective efforts and sportsmanship! This year’s games, which were held in Canada and will return to Flint in 2014, were won by Hamilton, ending Flint’s three-year win streak.

Flint’s Mayor Dayne Walling won the annual Mayor Challenge in a one-mile race against Hamilton Mayor, Bob Bratina. Mayor Walling told My City Magazine that CANUSA is a “wonderful expression of international friendship and cooperation. This was a great year for our Flint and Genesee County athletes, even though we came up short in the final scoring.” Of the Mayor Challenge – which he won for the fourth consecutive year – he said, “I look forward to hosting Mayor Bratina and all of the Hamilton athletes and volunteers in Flint next year for what will surely be another round of spirited competition.”

Check out some of this year’s competition, and start training for next year’s games in Flint!