Nestled in the center of Downtown Fenton is an old fashioned, hometown bakery – CRUST, a retail and wholesale baking company. The minute you walk in the door, you are greeted by the tantalizing aromas of freshly-baked bread, pastries, and coffee brewing. Piled high are crusty loaves of rustic bread, pies, pastries, cakes, tarts, cinnamon rolls, brownies and cookies. And, this is a milestone year for the bakery that is not only celebrating its fifth anniversary, but is also in the process of a major expansion. The ownership team includes Mark Hamel, Chad Brennan, Marybeth Brennan and Mike Green, Executive Baker. “We’re excited about our fifth year!” Green exclaims.

Green was formerly employed in the auto industry at Ford Motor Company, and he wanted a career change. His partner, Mark Hamel, co-owner of The Laundry in Fenton, was purchasing bread and baked goods for his restaurant from an Ann Arbor baker, so it was a natural step to move forward with their own baking company, Green explains. To hone his skills, he attended the French Culinary Institute in New York. Then, all of the co-owners of The Laundry and CRUST went to Quebec, Toronto, New York City and Toronto to check out bakeries. “CRUST is a culmination of what we saw at the bakeries we visited,” Green reports. 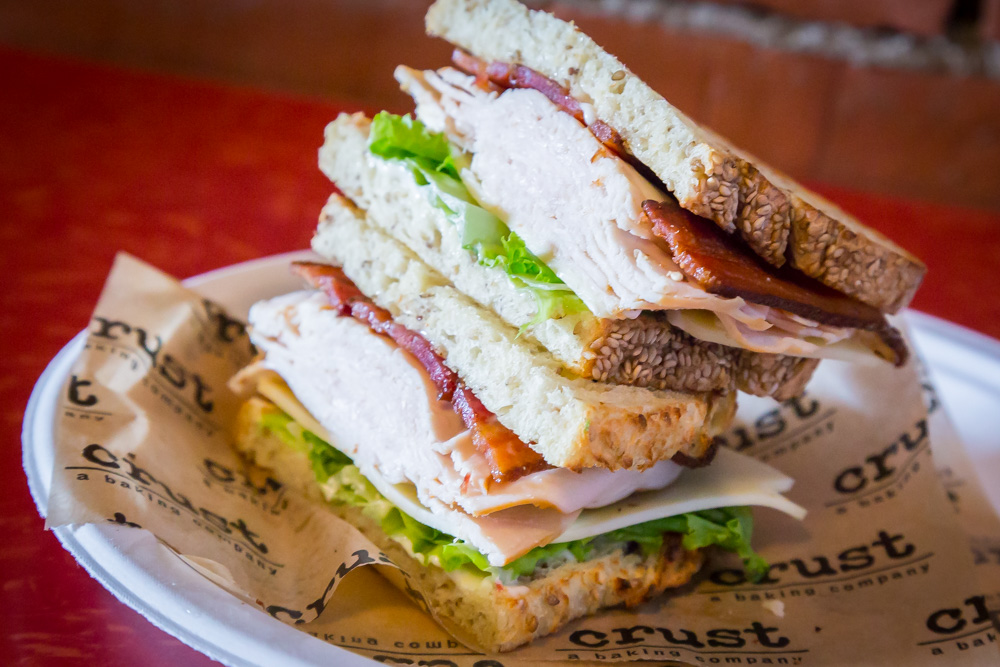 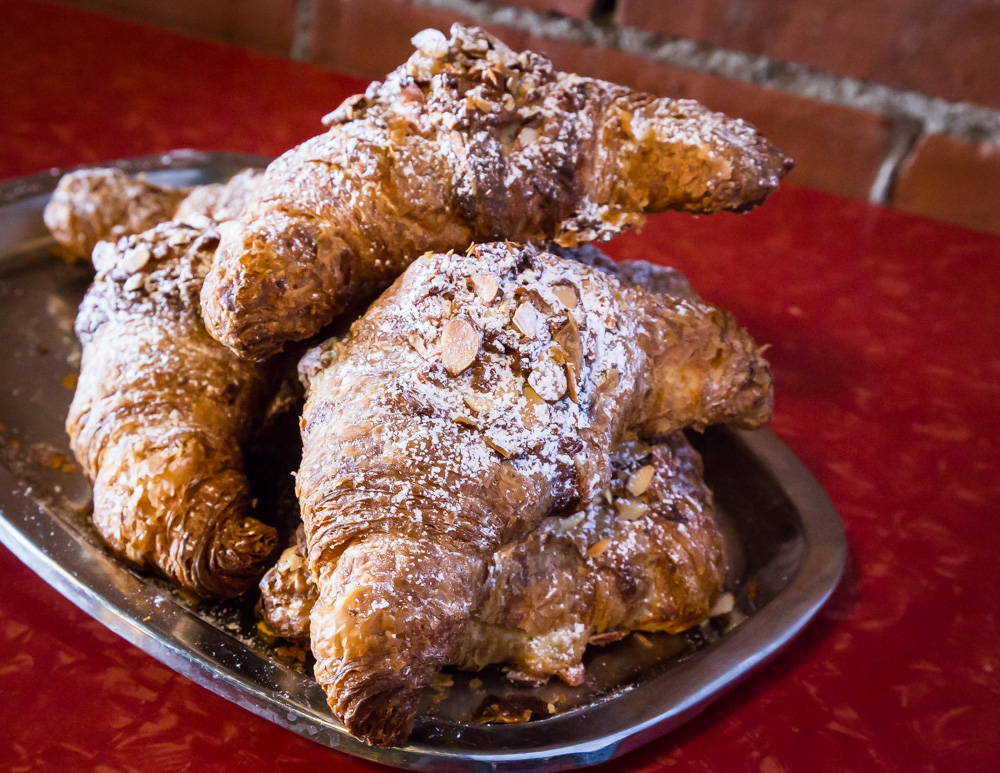 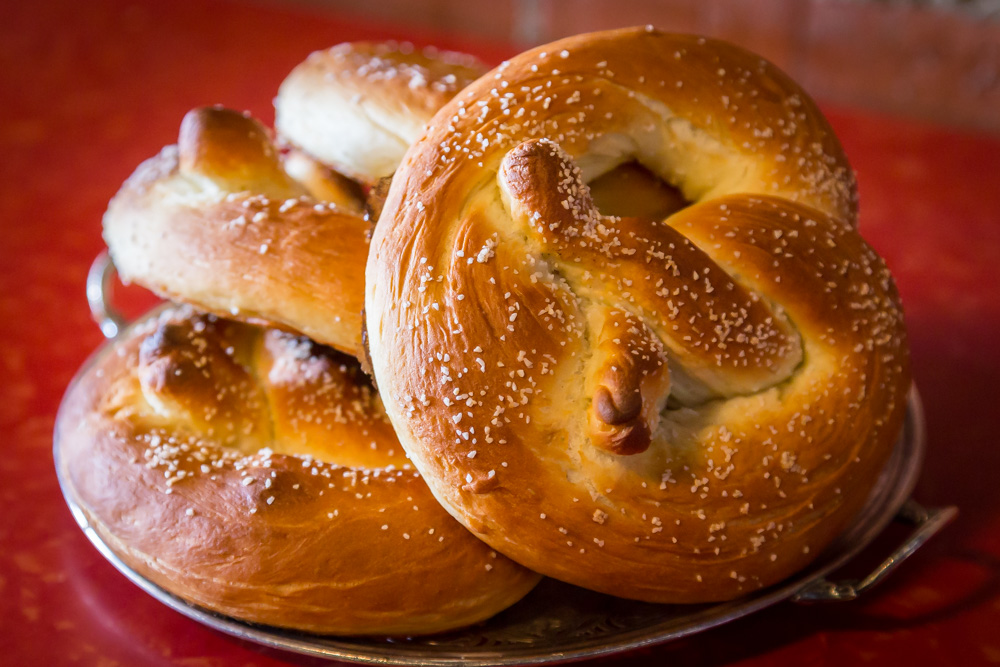 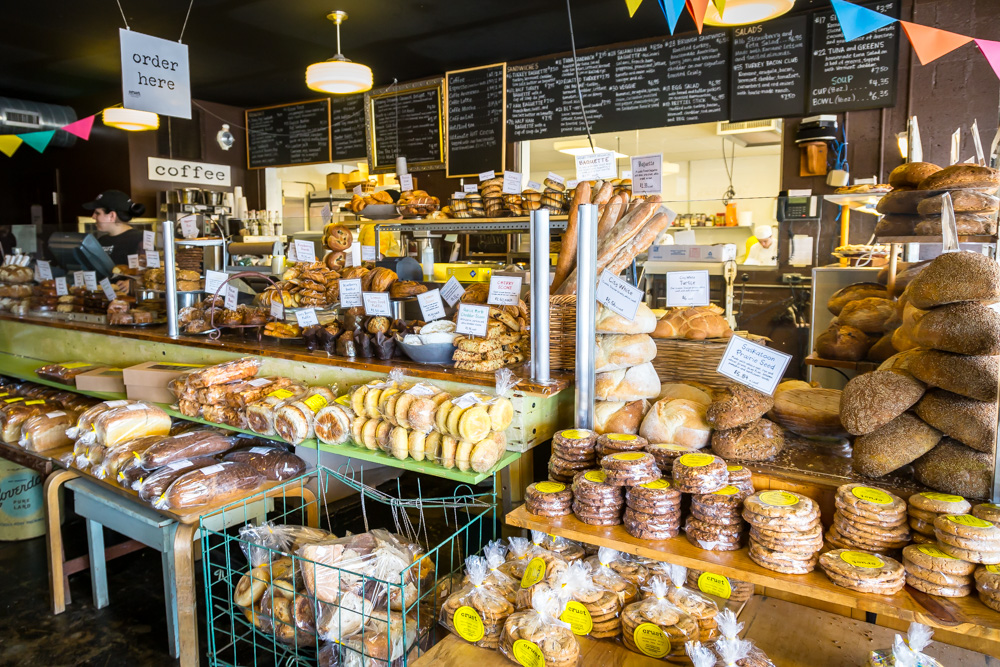 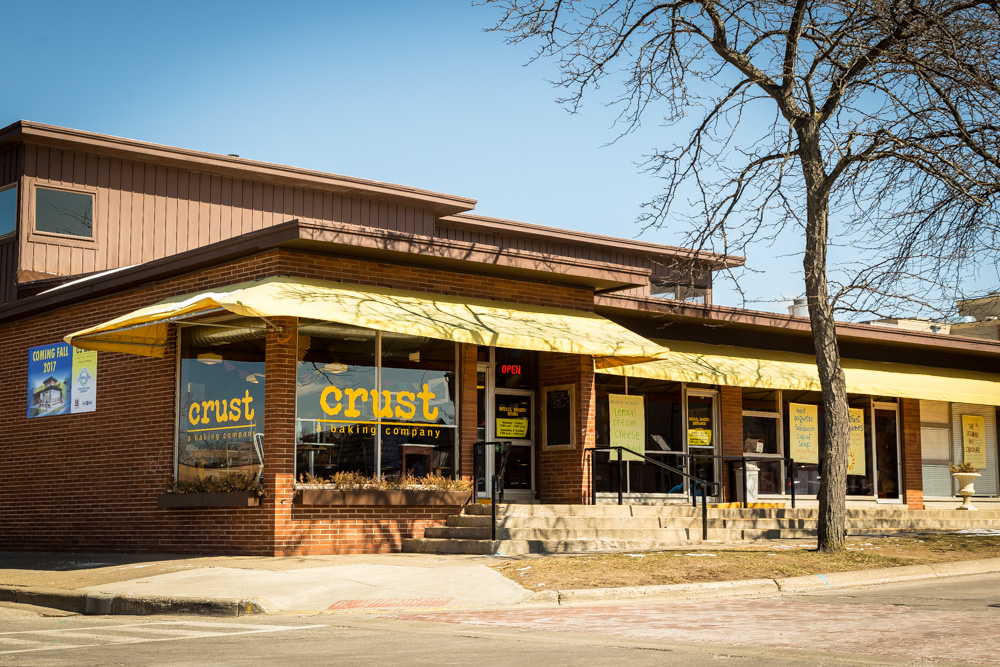 CRUST is well-known for the crusty, European-style bread they bake in a four-deck, stone oven from Verona, Italy. The secret to the amazing CRUST is the steam chamber in the oven that gives the yeast a chance to work one last time. On weekends, customers are lined out the door to buy bread and all the other goodies sold there.

According to Green, CRUST offers over 200 products, including 21 bread varieties. “We have 21 unique bread recipes,” he boasts. “And we adhere to artisan principles. The breads are all made from unbleached, unbromated flour.” Some recipes take up to 30 hours to make. “It takes time to develop flavors,” he adds. The most popular bread is City White, a classic Italian bread, and the Saskatoon Prairie Seed bread, which is made with seven grains. “It sticks to your ribs,” says the self-proclaimed bread junkie. After enjoying a Pan Aux Raisin Croissant, some CRUST customers from France told the owner, “This is just like being in Paris.” 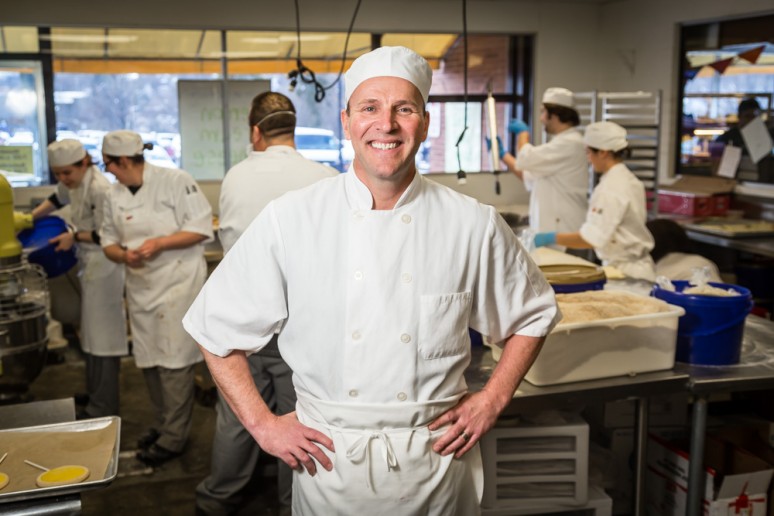 CRUST is also famous for its Viennoiserie (French for “things of Vienna”) pastries, made from dough that is layered with butter and folded over to make 24 layers. “It’s very labor intensive,” says the baker. “And, we use high-fat butter in all of our pastries, which  makes them so much more buttery and flaky.” CRUST also offers delectable cookies, muffins, scones, decorated cakes and fruit pies. Customers also enjoy bialys, the Polish version of a bagel. Lunch at CRUST offers yummy made-to-order sandwiches, rustic pizzas, salads and soup.

Pies are another CRUST favorite – like the apple pie that is made with three pounds of apples. The best-selling pie is the American Berry – blueberry, raspberry, blackberry and cherry. “Our Lemon Meringue Pie reminds me of my grandmother’s,” Green smiles. CRUST offers a delicious variety of scratch-made cakes, and they bake 2,000 cookies every day. Also very popular is their peanut butter and jelly donut. On Throwback Thursday at CRUST, the bakers have fun being creative by making homemade versions of treats like Pop Tarts, Twinkies, and Ding Dongs.

It takes a staff of approximately 100 people to meet the demands at CRUST, including cake and cookie bakers, bread makers, pastry chefs, packaging and retail staff, and delivery drivers. “We could not be as successful as we are without the phenomenal team we have in the back,” says Green. “The bakery operates 22 hours a day, and baking continues around the clock.” 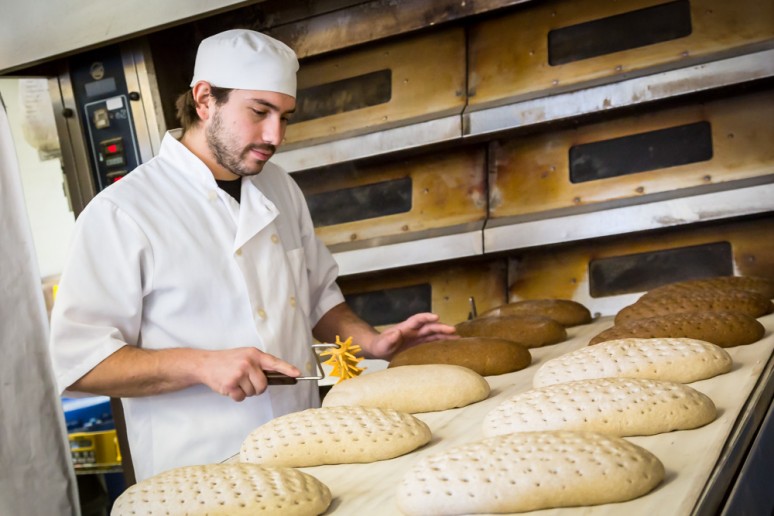 CRUST has an extensive wholesale business and delivers to retail stores in the area seven days a week. They ship thousands of pastries across the U.S. – their cinnamon rolls can be purchased on the Williams Sonoma website, and their coffee cakes are sold in the upscale Dean & Deluca® grocery online store. CRUST also operates a booth at the Flint Farmers’ Market. “It’s become a great relationship!” exclaims Green. “People want good quality pastries and bread. We want our products in Flint.”

CRUST is a very community-oriented business, opening its doors for tours and participating in many community events. “It’s an important part of our mission to give back to the communities in which we operate,” says Green. “We take our stewardship of this community very seriously.”

Green is also very excited about the expansion that is underway, which will increase the size of the bakery from 5,000 square feet to 13,000 and will add café seating for more than 60 patrons. It also includes a kitchen expansion and is anticipated to be complete by late summer or early fall.

“CRUST is a culmination of what we saw at the bakeries we visited.”
Mike Green, Executive Baker