This summer, Crossroads Village and the Huckleberry Railroad will celebrate its 40th anniversary. And although many of the buildings and components of the two are quite old, they are commemorating the day back in 1976 when these historical pieces were presented to the residents of Genesee County.

In 1967, many of these historic structures were going to be demolished in response to construction of I-475, but Ken Smithee saved the day by approving relocation of the buildings to their current site. According to Amy McMillan, Genesee County Parks and Recreation Commission Director, the original intent was just keeping these pieces safe – they didn’t know at the time what they would do with them. 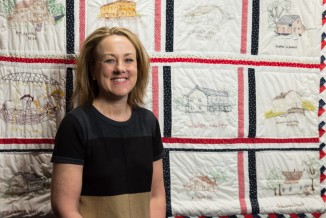 McMillan, who has been with the Genesee County Parks since the end of 1999 and was also present for the 25th Anniversary, couldn’t believe how it all began. “The thing that has always impressed me is the incredible vision of the people who came up with the idea for Crossroads Village and Huckleberry Railroad,” she says. “It showed tremendous creativity and enthusiasm. They engaged the community in the most powerful way.”

Over the years, more than 30 historic structures have been relocated. McMillan describes the process as quite an ordeal; one building, the Mason Tavern/Inn from Grand Blanc, was moved in three pieces. “It was the coolest thing to watch,” McMillan shares. “It was cut into three pieces, so it looked like a big dollhouse. To see it reassembled was an amazing experience.” 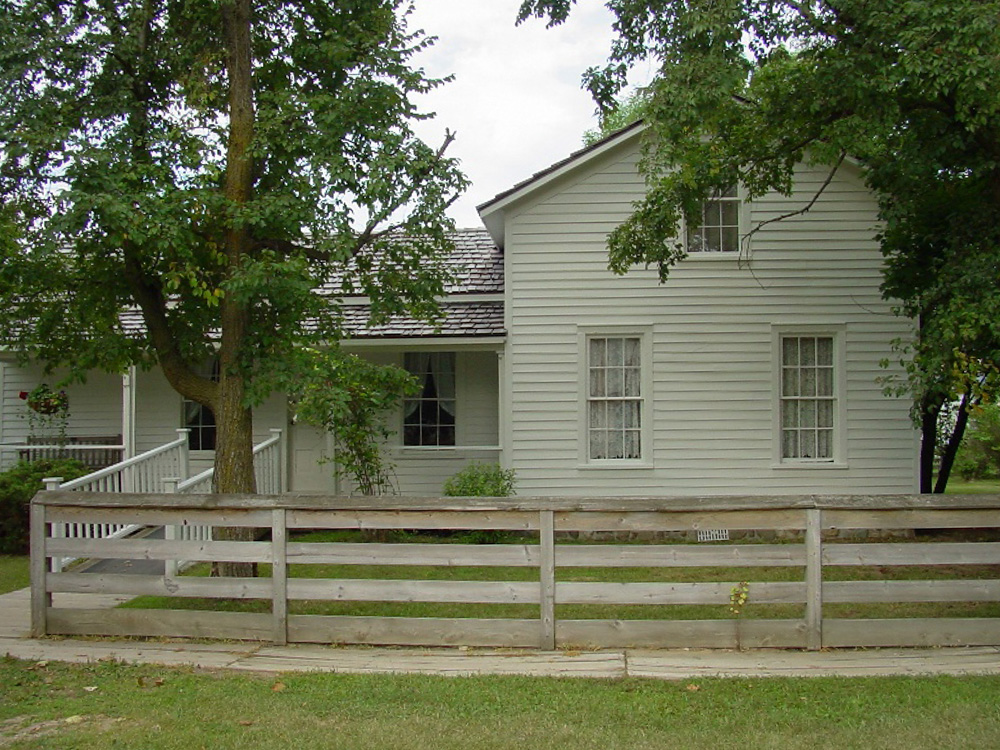 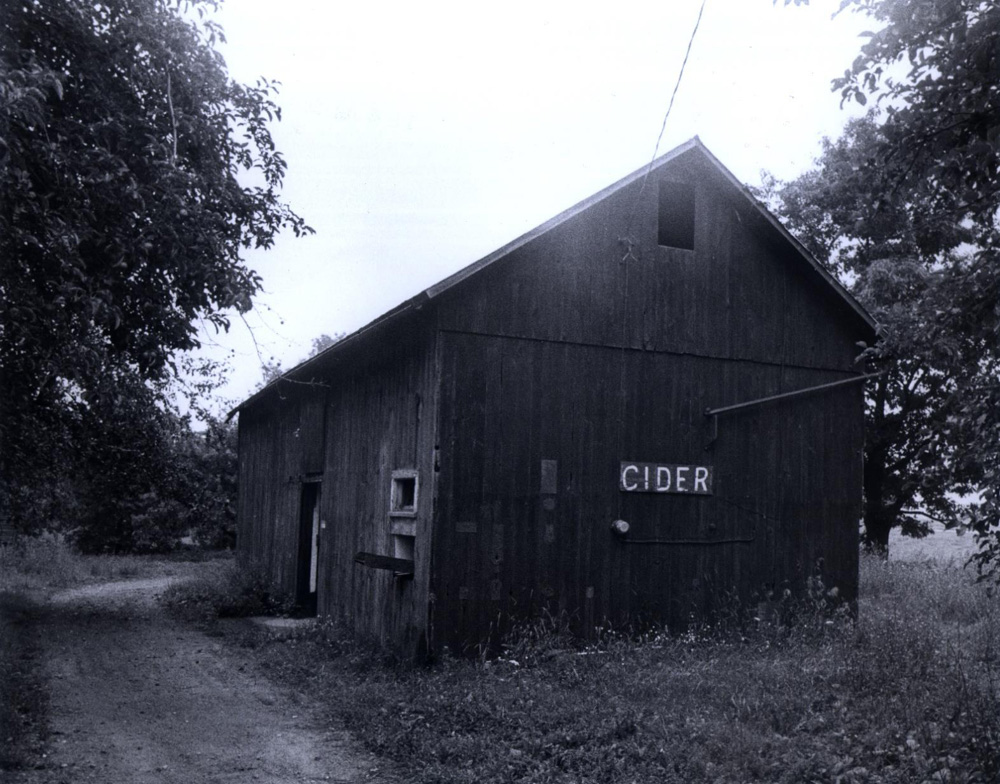 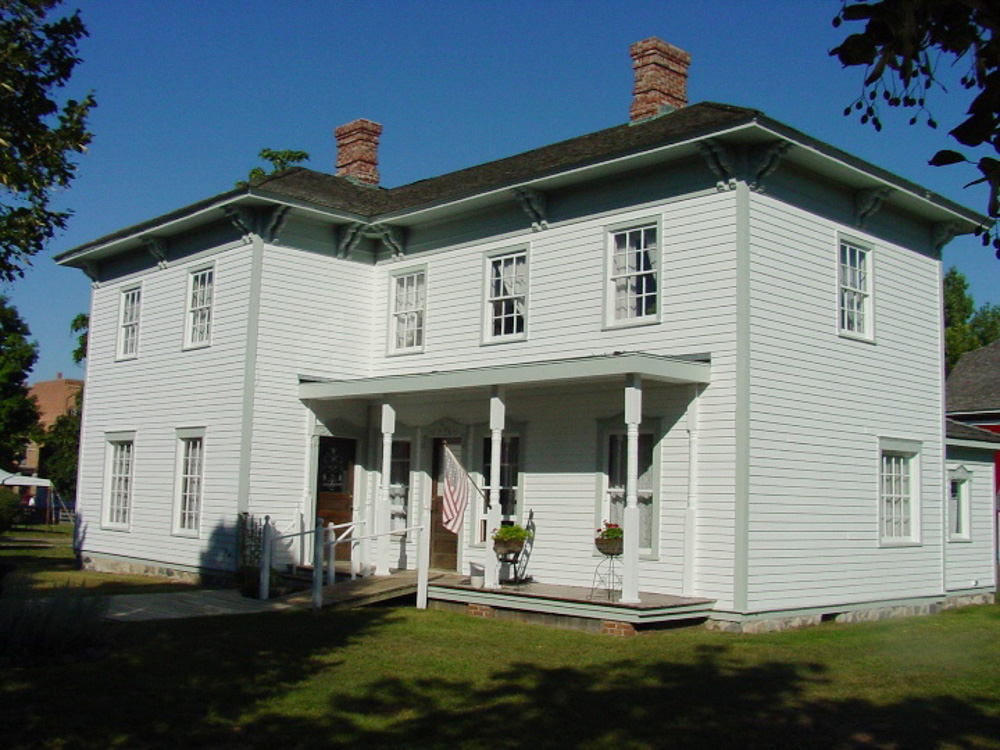 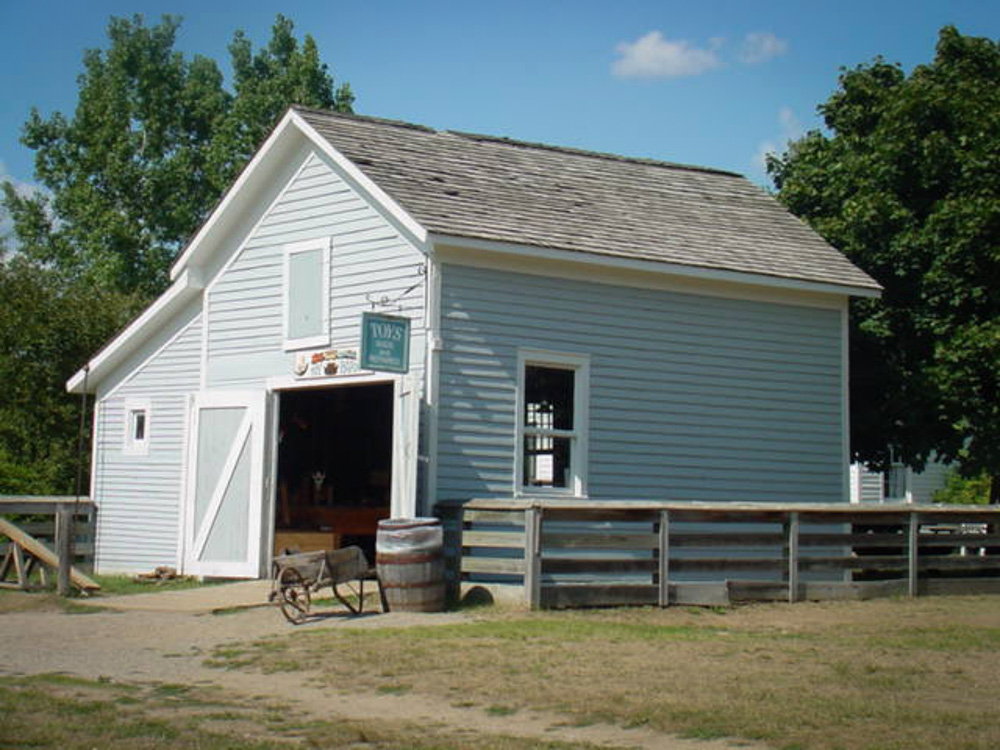 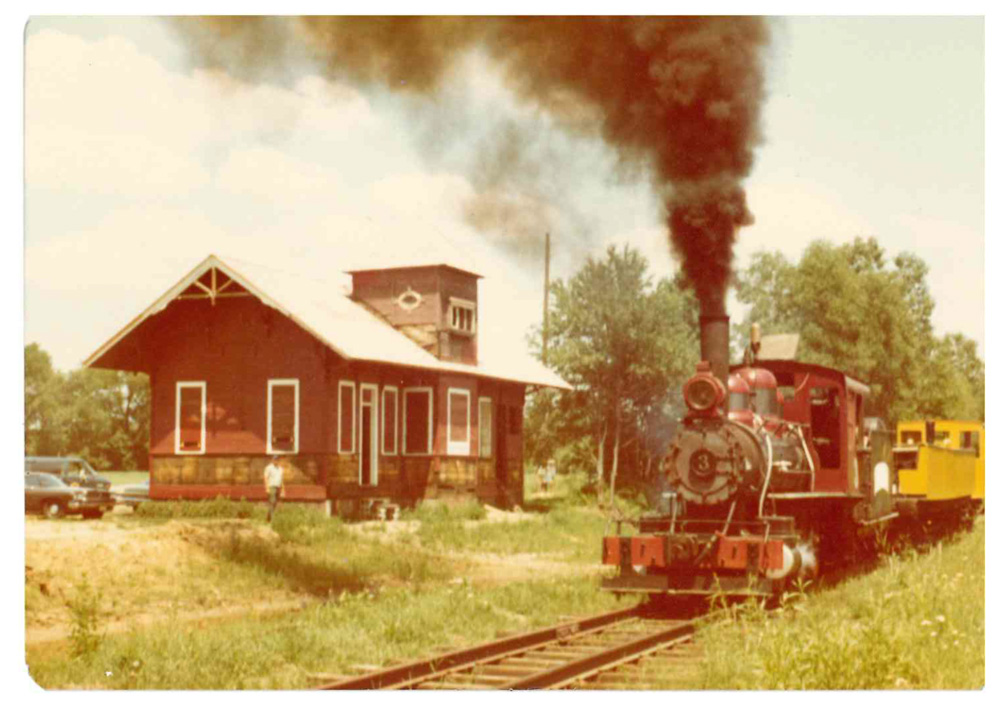 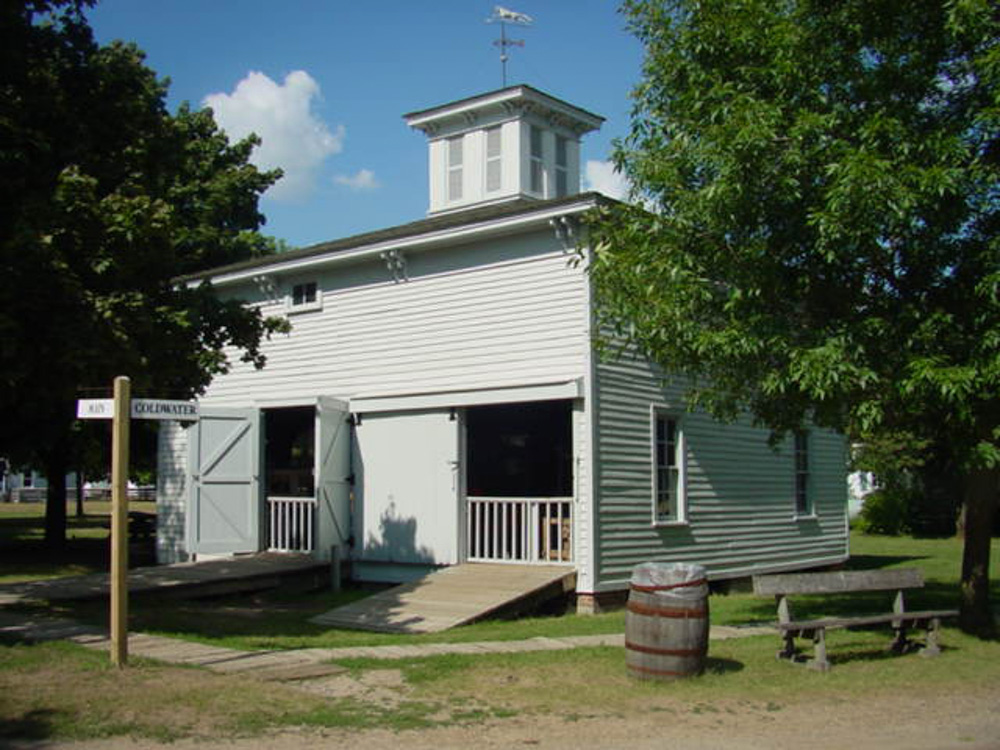 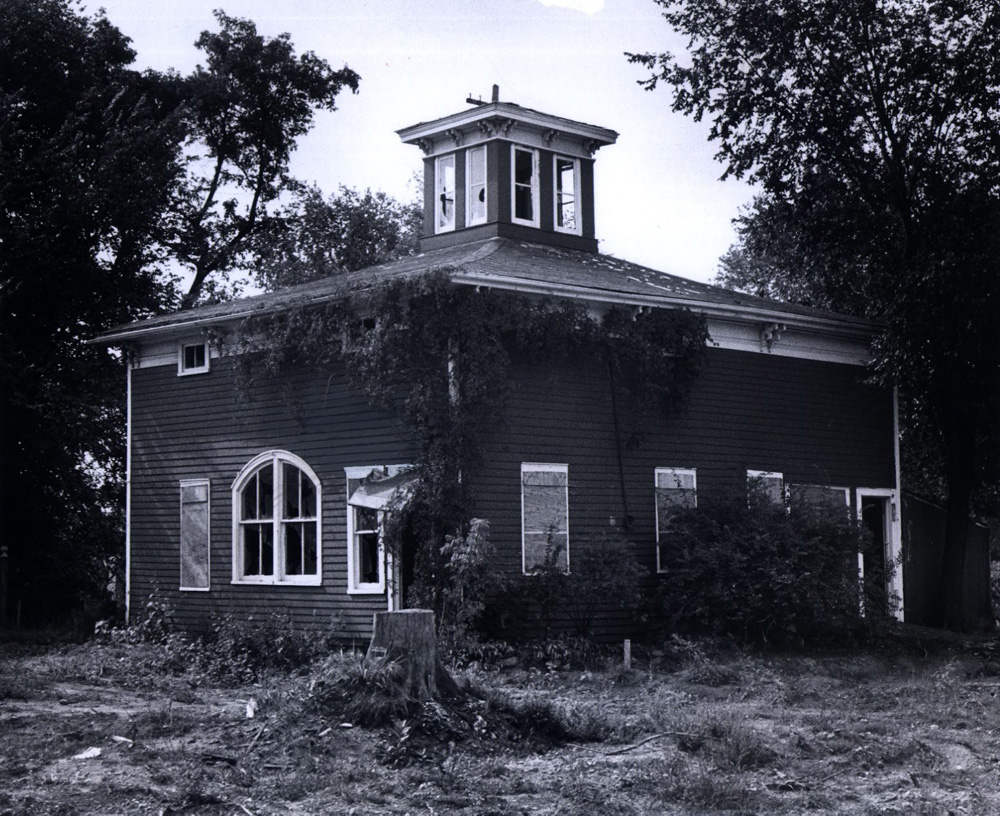 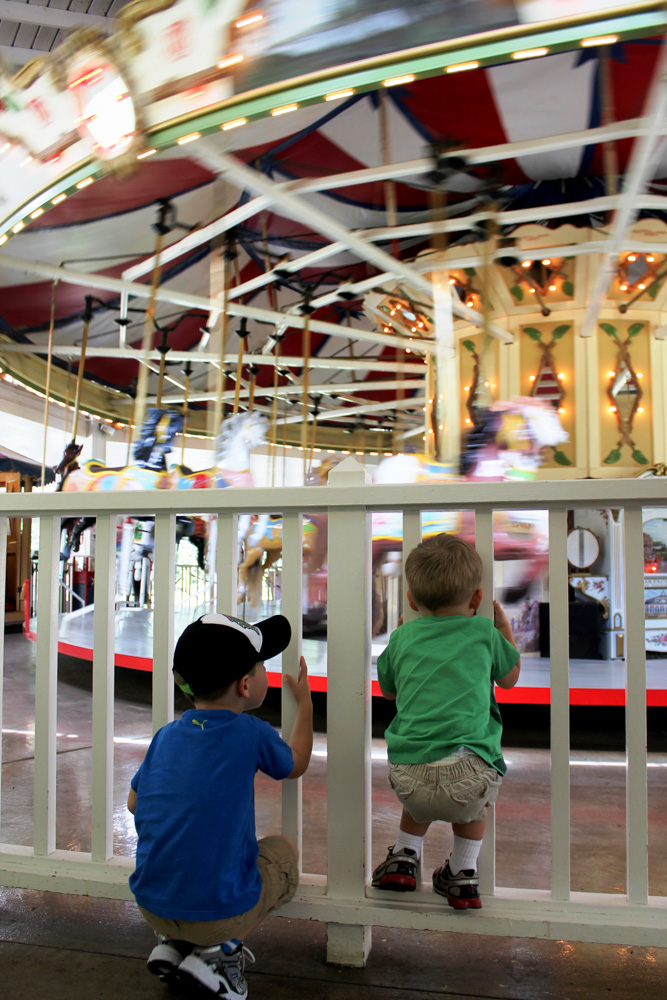 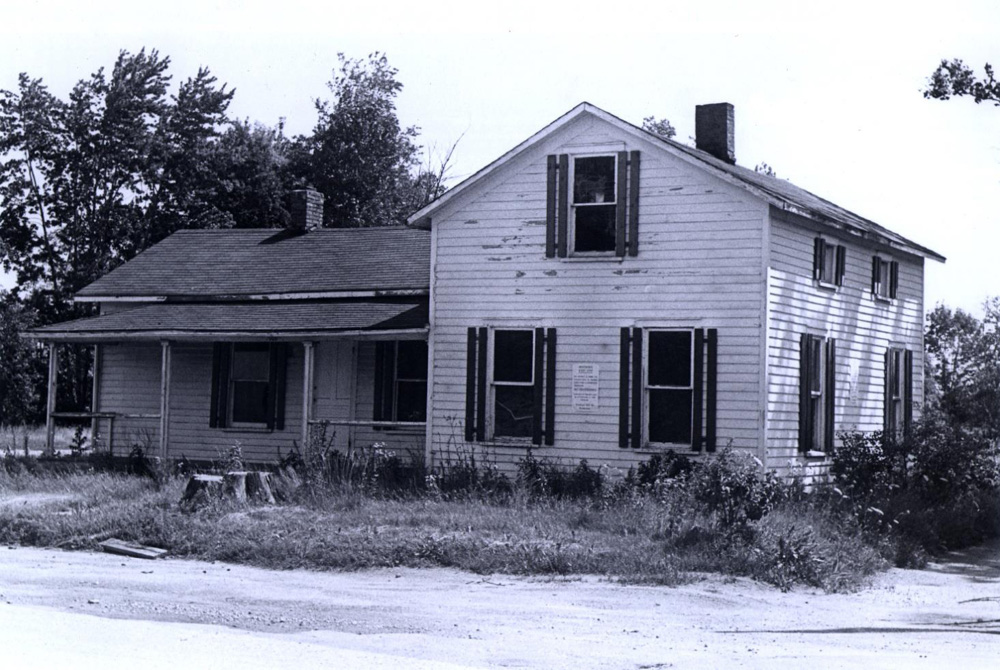 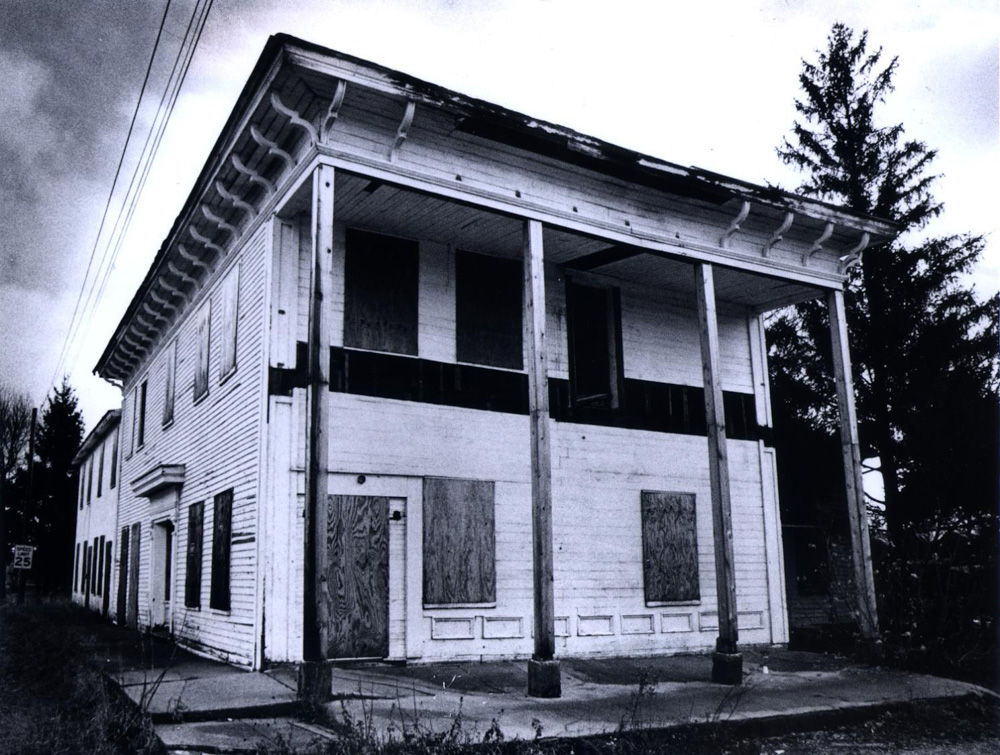 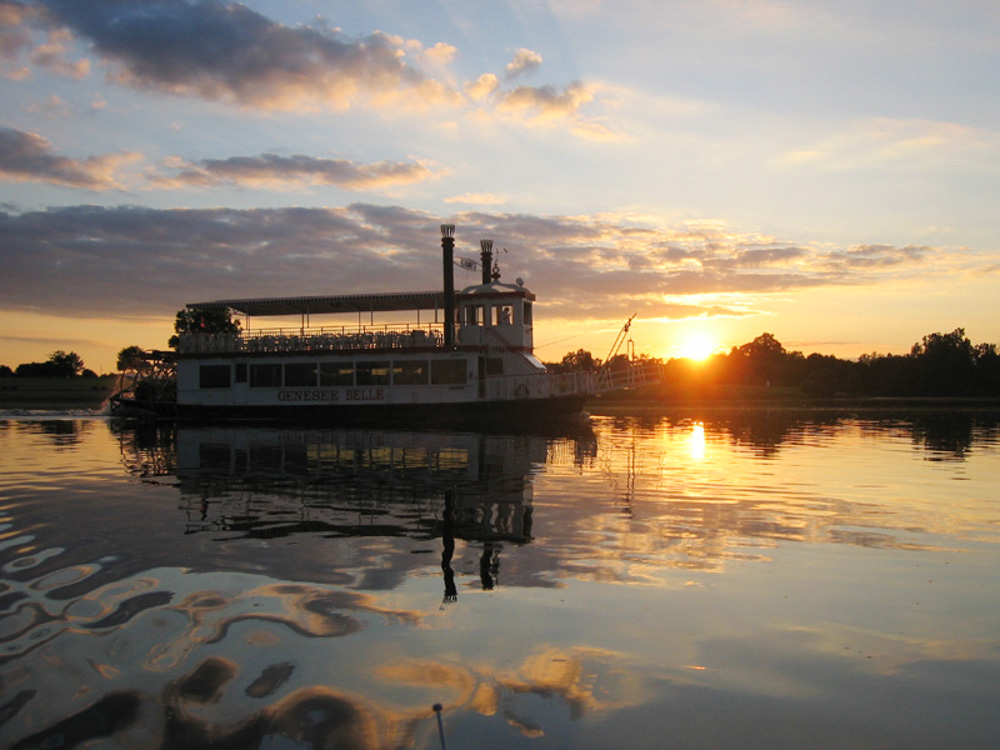 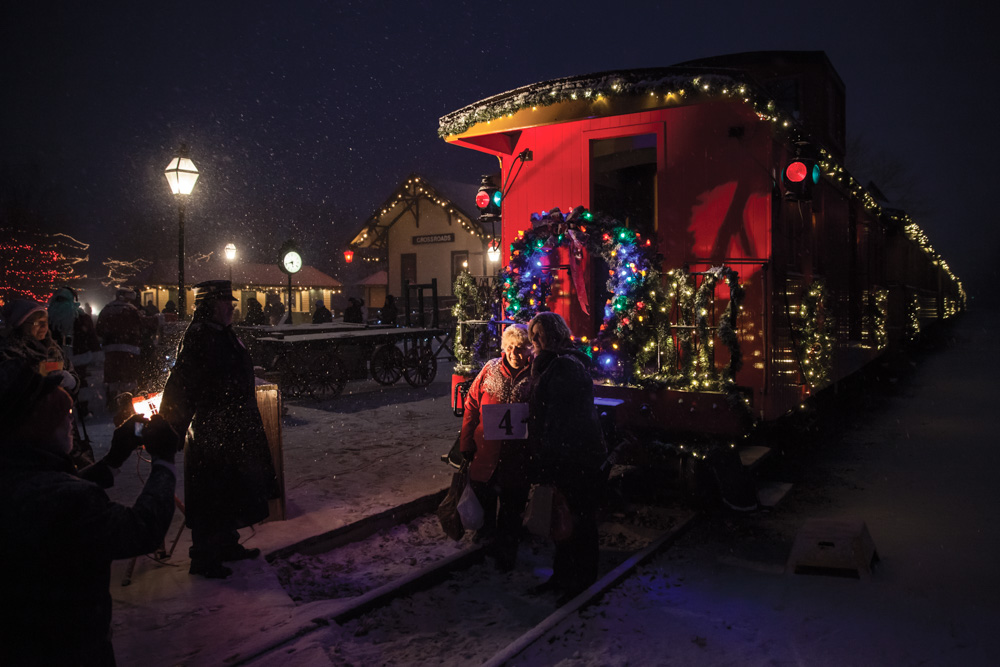 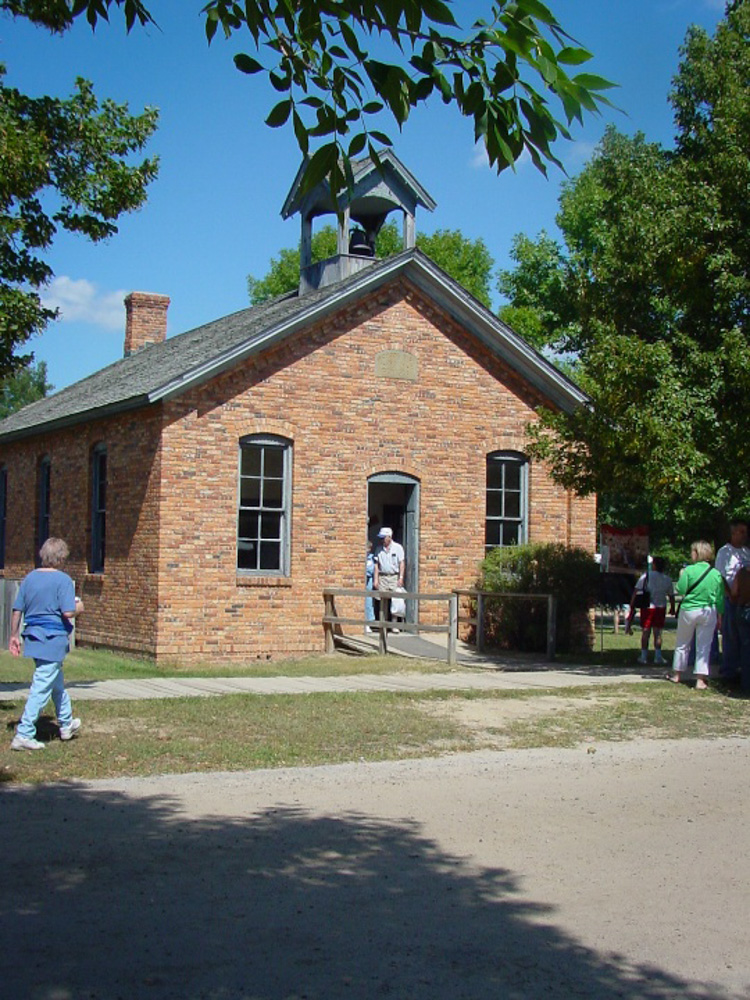 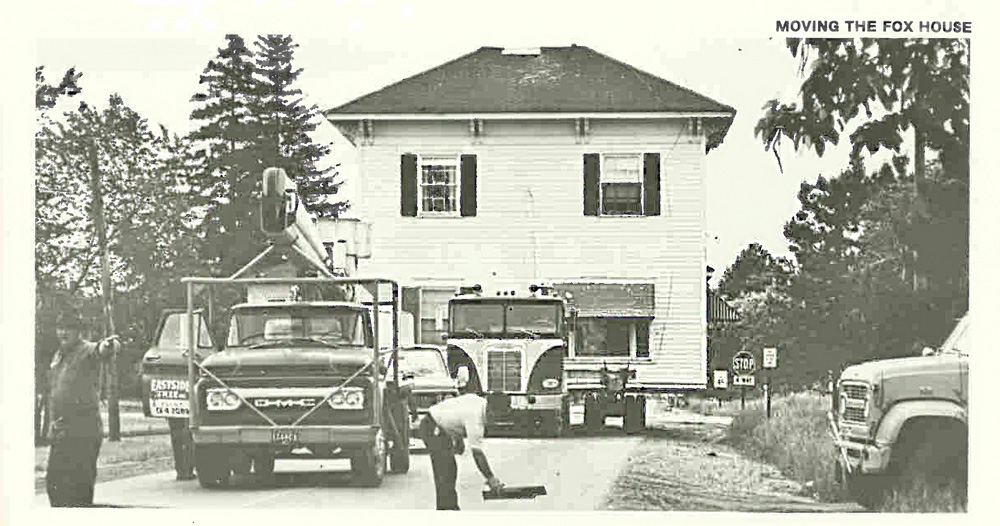 As for the Huckleberry Railroad, that came about in a different way. “It wasn’t just moving and reassembling the old buildings; they also created the Huckleberry Railroad – which was a tremendous task,” McMillan says. “They traveled all over the U.S. to track down equipment – sort of like treasure hunters – to find all the cars and steam engines and the other maintaining equipment.”

Lucky for Genesee County, there was a change in attitude about preserving old structures. “The irony is that 40 years ago, there wasn’t the widespread understanding of the value of historical buildings,” says McMillan. “There has been a big shift toward realizing their significance.” 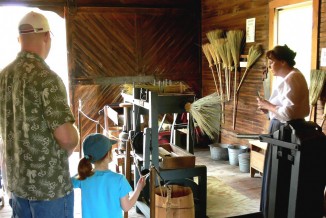 Since Crossroads opened, millions of people have gone through the Village and enjoyed their own unique experiences. “Our guests tell us that Crossroads isn’t just a museum; it’s a living village,” says McMillan. “You feel like you’re being welcomed into someone’s home, someone’s hometown. That experience sets us apart and continues to bring people back.” To this day, three or four generations of one family come to the Village at the same time to experience the fun. 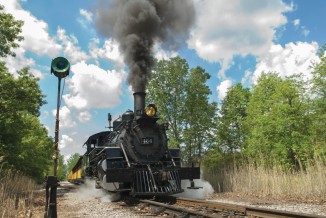 Currently, with a grant from the C.S. Mott Foundation, Crossroads is working to restore Engine 152 and get it back on the tracks. “The C.S. Mott Foundation has been very generous,” adds McMillan. “Huckleberry is the star of Crossroads.” Governed by the Federal Railroad Administration, Huckleberry Railroad has to abide by the rules to make sure the engines are in tip-top shape. “It’s a never-ending process to keep them running,” McMillan adds. The railroad shop has been posting the renovation process online, so be sure to “like” Crossroads on Facebook if you’re interested in following the activity.

Crossroads is not only a great place for family fun; the Village also brings millions of tourist dollars to Genesee County. In 2014, Crossroads Village and Huckleberry Railroad brought in just over $9 million with 157,553 visitors. In 2015, total attendance was slightly higher with 158,400 guests. 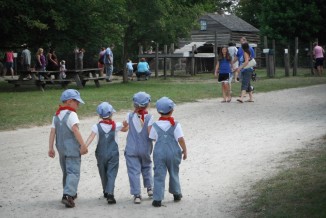 On May 14 from 10am to 4pm, the first-annual “Vintage in the Village” event will offer a variety of exhibitors, local food vendors, and even the Fenton Winery and Tenacity Brewery with libations to enjoy while shopping for vintage, handmade and artisan pieces and other treasures. “It’ll be a great day!” McMillan exclaims. “We’re really excited.”

The 40th anniversary celebration will last all summer long. Each weekend will have a unique theme, including two free Village-only admission days. On July 4, the 40th anniversary day, festivities will include an old-fashioned ice cream social, midway games, face-painting and a flag retirement ceremony, in addition to the usual daily Village activities.

For the last ten years, Genesee County Parks and Recreation Commission has worked to create a solid business plan to allow their so that they can continued existence as part of Genesee County for the next 40 years, and the 40 beyond that. “Not just the initial commitment,” says McMillan, “but the continued dedication to the Village has been so inspiring to me. No story about Crossroads Village is complete without mentioning the people who have volunteered many hours over the years.” 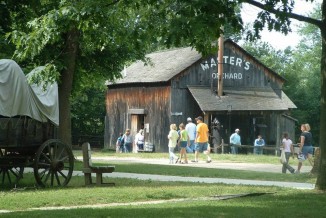 Before Crossroads became a Village, the land on which it was built was a strawberry farm. Now, the historical attraction brings abundant fun and history to the community. The current priority is maintaining the current structures and providing quality programs for all visitors, but they are always striving to evolve and offer its guests new family friendly experiences.

“Over the next 40 years, we hope to continue to grow and thrive, engage our community and evolve as the community evolves,” McMillan says. “We are grateful to the entire community for their support over the course of 40 years.”

June 1969: The Buzzell House and Judge Wisner’s carriage house were first to be rescued and donated to the project. The Genesee County Parks and Rec Commission granted $20,000 to move both buildings to the land donated by the C.S. Mott Foundation. Soon to follow was the Eldridge-Hamner House, originally built in the 1860s. 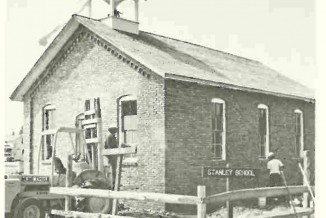 Summer of 1973: The Genesee County Board of Supervisors gave funds to begin their bicentennial project – what is now Crossroads Village – the plan was approved in 1974.

Fall of 1974: Clayton Town Hall, almost 100 years old, and the Davison Train Depot, were moved to the site. Crossroads began to take shape!

1975: Flint Township Hall (Meeting Hall) was moved to the property, as well as the Atlas Grist Mill, the Fox House and Masters Cider Mill. The Stanley School House (1883) was moved to Crossroads in 1975 and conducted its first class in 1976. 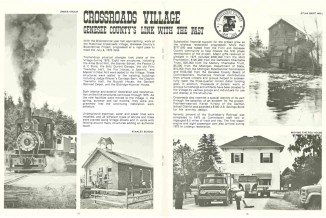 1978: Horton-Colwell Building (Fenton’s general store) reopened; the entire structure was rebuilt at the Village brick by brick. Now, the store is still stocked with toys, gifts, postcards and other 19th century goods. Postcards are even mailed from the Village with a special postmark.

1980: The second floor of the Horton-Colwell Building is an opera house (completed in 1980) where General Tom Thumb and singer Lily Langtree both performed. Many entertaining shows still go on From May to New Year’s!

1981: The Attica Hotel was moved to the Village. Originally built in the early 1870s as a post office, it is now a retail gift store, selling items made in the Village and assorted souvenirs.

1988: Fowler Barber Shop was moved to the Village. 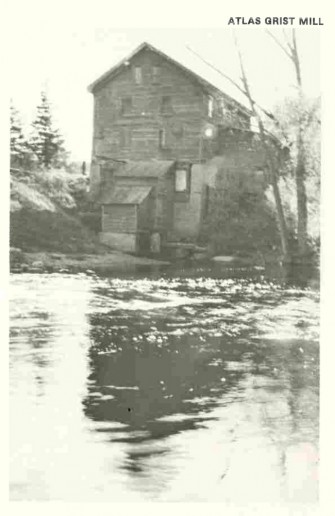 1990: Millstreet Warehouse was added to resemble a turn-of-the-century warehouse, and to expand the ability for food service and special events. The other buildings that arrived in the 90s were the Fenton Barn, also known as the Broom Barn, and the Salter Log Home, which is the oldest house in the Village.

1991: The Parker Wheel comes to Crossroads. Amy McMillan says that, Crossroads is the only place in the world where the wheel and carousel are right next to each other, restored and fully operational.

1992: The Venetian Swings come to Crossroads.

1995: The Genesee Belle, a replica of the riverboats that traveled the Mississippi River during the Mark Twain era, came to the Village.