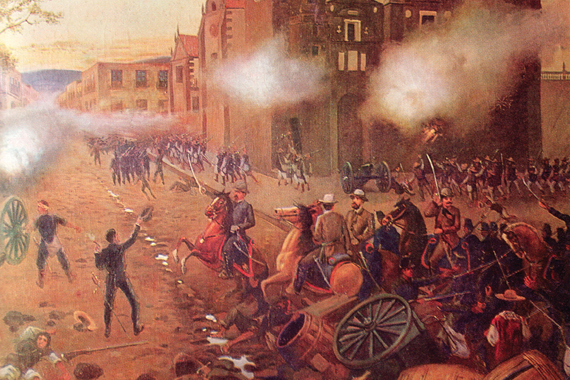 If asked why Cinco de Mayo is celebrated, many people in the U.S. may mistakenly answer that the fifth of May is Mexico’s Independence Day. In reality, Cinco de Mayo marks the country’s unlikely military victory over France at the Battle of Puebla in 1862 during the Franco-Mexican War. Mexico had declared its independence more than 50 years earlier, but fiscal troubles caused by the Mexican-American and the Reform War left the country unable to pay its debts to foreign powers. France invaded Mexico, thinking to establish an empire. Although Mexico’s win at the Battle of Puebla did not stop France from occupying Mexico for a time, the victory emboldened Mexican-American soldiers fighting in the American Civil War.

Today, Cinco de Mayo is a relatively minor holiday in Mexico, but in the U.S. it is a popular celebration of Mexican culture and heritage, particularly in areas with large Mexican-American populations. Cinco de Mayo festivities include parades, traditional Mexican fare, mariachi music performances and street festivals.