The game of chess is all about strategy. Its popularity is gaining momentum around the state and there are some chess clubs right here in Genesee County. Jeff Aldrich of Davison, an engineer at General Motors, is the president of the Genesee County Chess Club. He is also vice president of the Michigan Chess Association (MCA), a nonprofit organization dedicated to the statewide advancement of the game. MCA sponsors and runs all state championship chess tournaments for both scholastic players and adults. According to its website, the association publishes the bi-monthly magazine, Michigan Chess, and provides scholarships to scholastic players, as well as stipends for those who are invited to represent Michigan in invitational tournaments. 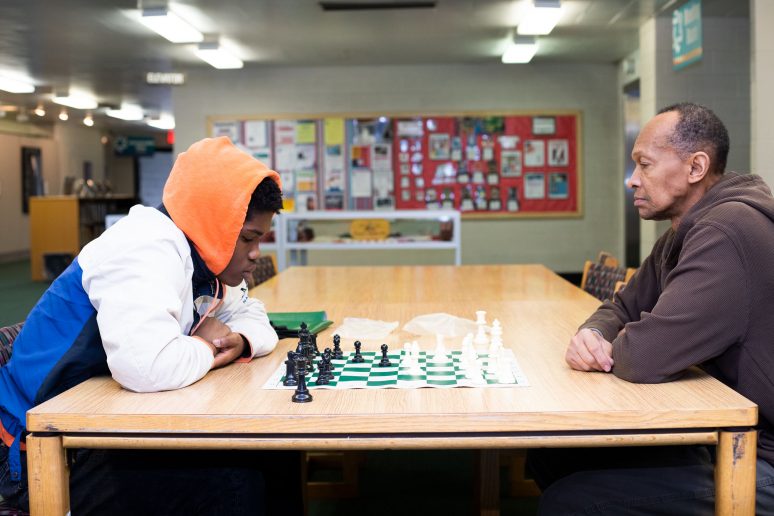 Aldrich started playing chess for fun at a young age. He got involved with a club while attending Armstrong Middle School in the Kearsley District. “I stuck around and played the game after school,” he remembers, “and I had fun!” He continued to hone his skills while in high school, thanks to a coach who was a really good player. “When I was a junior, I won a State High School Championship,” he boasts. Aldrich continued to play while attending University of Michigan-Ann Arbor and traveled to other towns to play in tournaments.

Now, he runs school chess competitions and is busy preparing for a high school tournament at Oakland University. “It’s my hobby,” Aldrich says. “There is a beauty in chess – in making all of the pieces work together. It’s a mental war not limited by physical ability.” He said he gets more tired playing chess in a tournament than he would by doing something physical. “It’s very much a mental game. The brain uses a lot of energy at that level. You have to outthink the predator.” 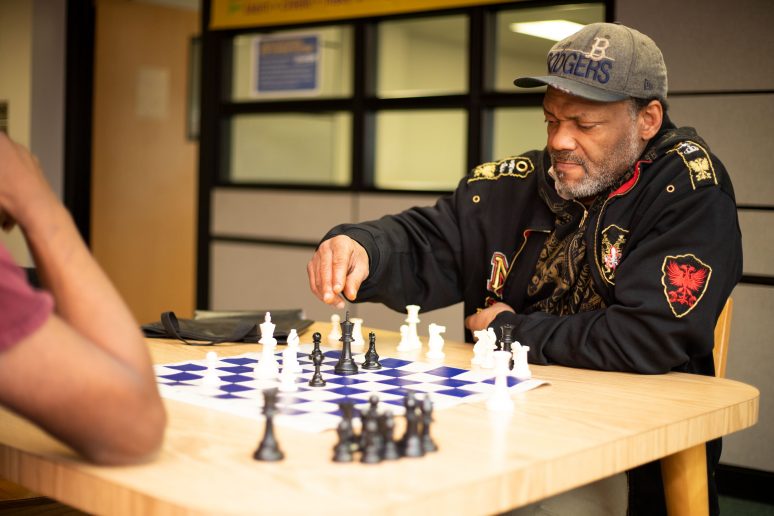 Chess is a two-player strategy game played on a checkered gameboard with 64 squares. Each player begins with 16 pieces: one king, one queen, two rooks, two knights, two bishops and eight pawns. Each of the six piece-types moves differently, the most powerful being the queen and the least being the pawn. The objective is to checkmate the opponent’s king by placing it under an inescapable threat of capture.

“There is a beauty in chess – in making all of the pieces work
together. It’s a mental war not limited by physical ability.”
Jeff Aldrich

According to Aldrich. The game has multiple phases, each with its own unique aspects. He also explained that pawn structure is very important to the game. Pawns can be the deciding factor in the game because they can go to the end of the board to capture the most valuable queen. “It’s all about how the pieces work together and how you can use them to your advantage,” he notes, adding that the king is the most important piece. The king’s value in attack can be important and it’s not just about protecting him, he further explains. “As pieces trade off, the king’s value becomes greater and greater. In the end, it’s all about capturing the king. Checkmate ends the game.” 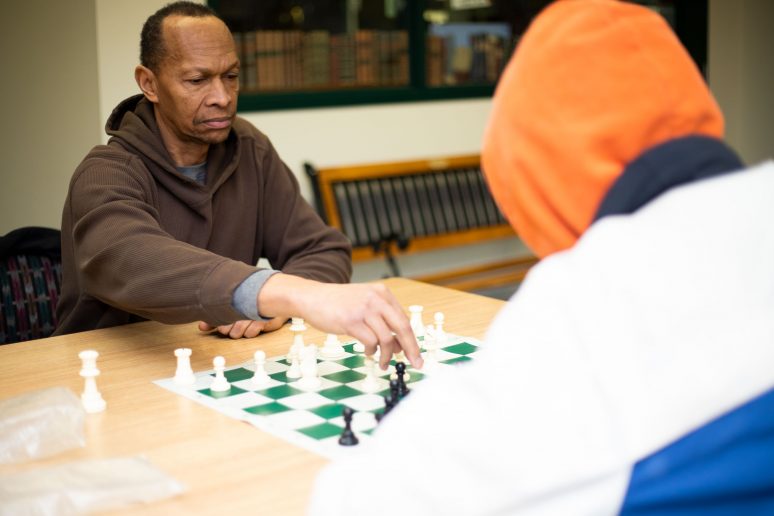 The Genesee County Chess Club meets on Tuesday evenings at the Eastside Senior Center in the community room. According to Aldrich, there are about 12 to 14 people who regularly come to play and compete in tournaments. For Aldrich, the club has become a family affair. His 17-year-old son, Michael, and 12-year-old daughter, Brenda, both play chess and go to the club with him. “My brother plays, as well,” he says.

The Flint Chess Academy meets at the Flint Public Library on the first and third Saturdays of each month. There is also a senior club that meets in Grand Blanc. “There is definitely enthusiasm in this area,” Aldrich states. 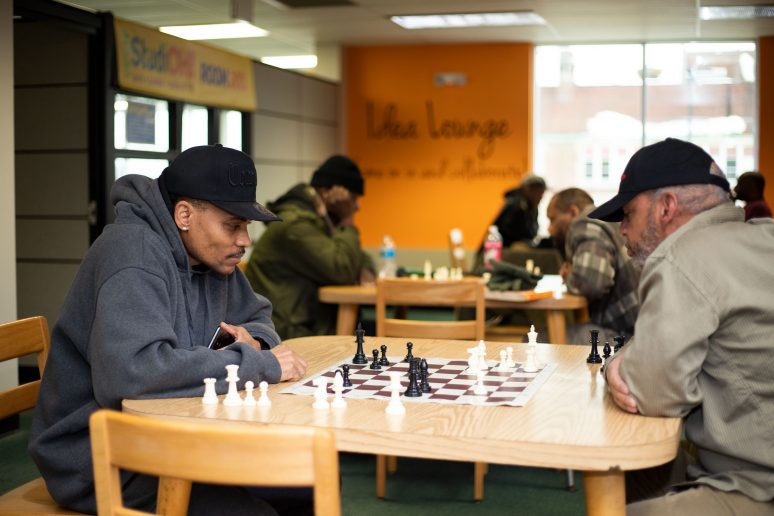 Playing chess can teach valuable life lessons. “In my own personal experience, chess is all about slowing down and thinking things through – strategizing and analyzing a situation,” Aldrich shares. “I use the thinking and analyzing skills of chess for my day job as an engineer.” Chess also teaches patience, which he believes is very important.

According to Aldrich, interest in the game of chess is growing. “The number of players fluctuates year by year, but we are drawing more players than before – it’s not dying at all,” he reports. “New kids are coming in. It’s all about getting connected with anyone who wants to play.”