Patriot Ambulance Service of Flint is one of the most technologically advanced ambulance services in the country. From digital dispatches to call prediction software, Patriot has created a new standard for emergency response organizations. With an average response time of six minutes – 2.59 minutes lower than the national average – Patriot’s technology recently shifted into a higher gear – a Chevy Camaro, called an “Echo Unit,” can now be dispatched to life-threatening situations. 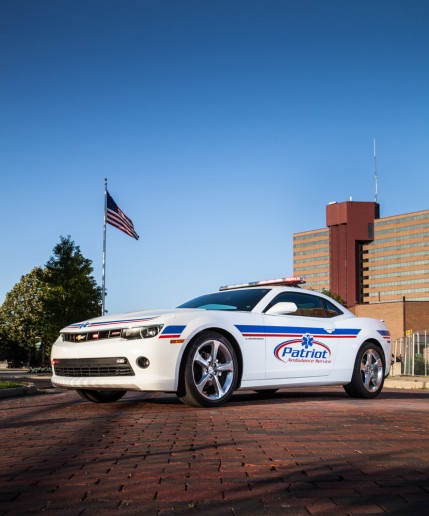 “Echo Unit” is the licensing name given to the car by the state in order to define its primary use as an emergency vehicle. The Camaro, for example is a non-transporting, advanced life support unit. It can carry ventilators, cardiac monitors, defibrillators, EKGs, a variety of medications, oxygen, and splinting and bandaging materials to emergency situations that need it.

In the past, emergency vehicles were dispatched by radio, but Patriot’s “silent dispatch” system sends digital updates from a communication center. Using probability and calculus, Patriot’s software can predict when and where accidents are going to happen based on past occurrences, traffic patterns, street closures and weather. Several ambulance vehicles drive around Genesee County to be somewhat omnipresent in case of an emergency situation. A digital map is kept at the corporate office to gauge where vehicles are located, their ranking, and an estimated time of arrival. The ambulances themselves also receive all of the same information, including the details of the emergency dispatch, and the drivers can then check in as “en route” to a scene, or provide any other updates. Everything is real-time, in order to reduce the response time.

When dispatchers receive a call, they determine the nature of the emergency, immediately get an address, and then send out an ambulance. Based on the details of the situation, they either slow down or speed up the responders. As for the Camaro, a substantial benefit is its speed. In addition, it can maneuver more safely through traffic than an ambulance truck can. 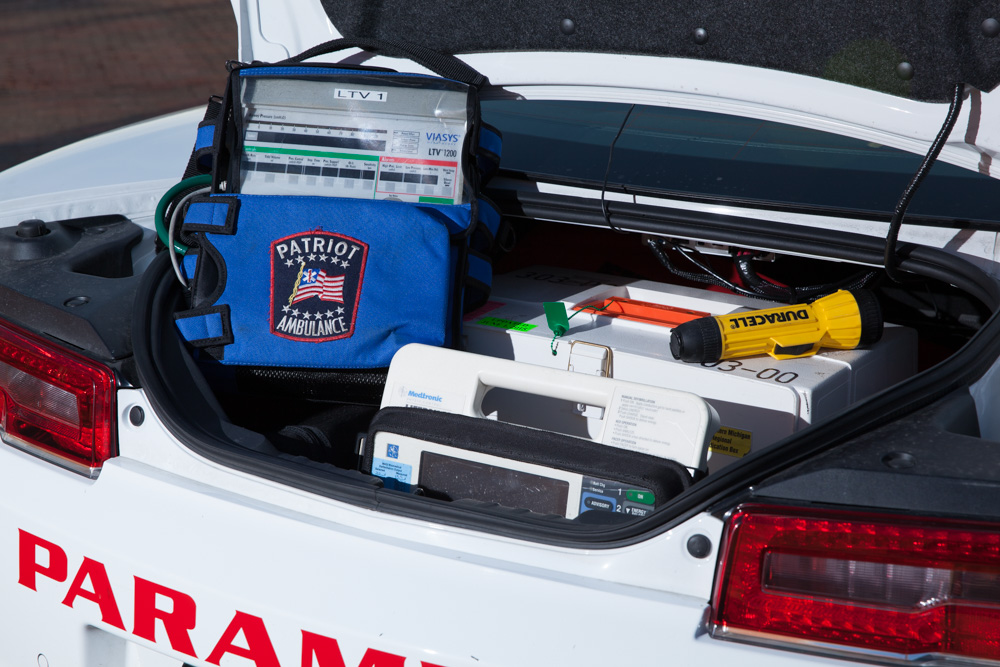 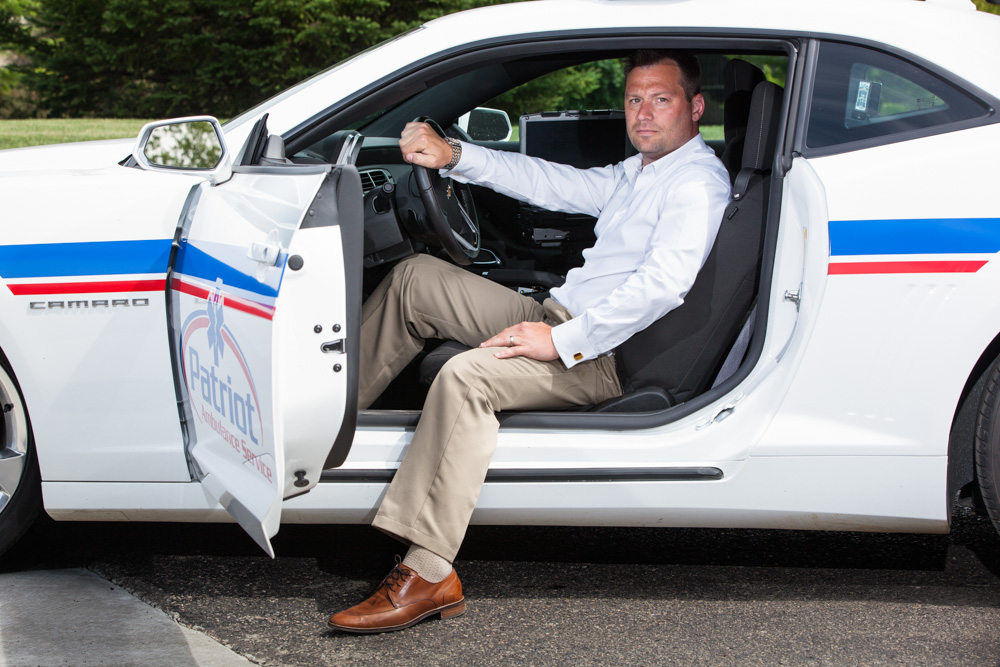 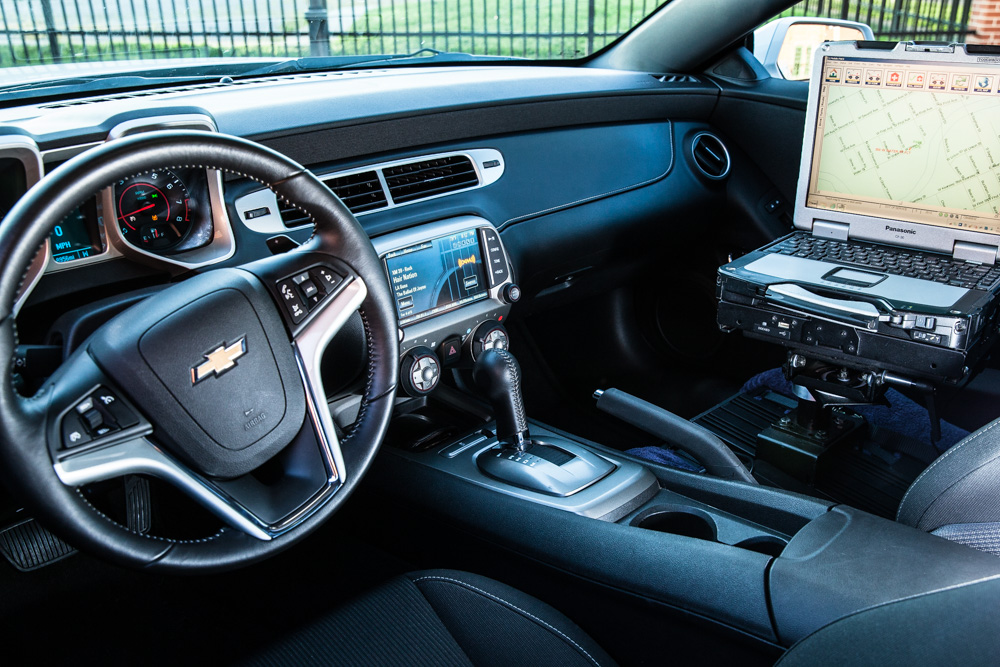 As a Specialty Care Transport (SCT), the Camaro is not dispatched to every call. The car can arrive before the ambulance does, helping to save more lives, more often. It can provide an upgrade to an Advanced Life Support (ALS) vehicle, or a Basic Life Support (BLS) vehicle. ALS and BLS vehicles differ because they carry stretchers, thus making them transportation vehicles.

The dispatching center, which is nationally-accredited, decides when the Camaro is needed, and all the people on the phones are EMD-certified. “It brings a huge value to residents of Genesee County,” says Jay Johnson, Vice President of Patriot Ambulance.

Patriot founder, Jeff Yorke, came up with the Camaro concept. Building on what he began with Patriot Ambulance Service, the car is currently the only one operating in the entire county, although the goal is to add to the fleet later this winter.