Things have changed at the Genesee County Jail since I.G.N.I.T.E. (Inmate Growth Naturally and Intentionally Through Education) launched in September 2020, the vision of Genesee County Sheriff, Christopher R. Swanson. The education, re-entry and rehabilitation initiative was designed to eliminate generational incarceration through education by restoring value, hope and purpose to the inmate population. “We don’t call it a program,” says Capt. Jason Gould, Jail Administrator. “It is a cultural change, a way of thinking.” 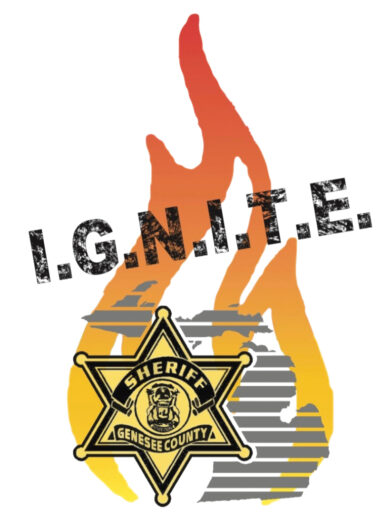 I.G.N.I.T.E. is based on meritocracy, the captain explains. Meritocracy is defined as a political system in which economic goods and/or political power are vested in individual people on the basis of talent, effort and achievement, rather than wealth or social class. Advancement in such a system is based on performance, as measured through examination or demonstrated achievement.

According to Gould, most inmates have never experienced or had the opportunity of having someone in a position of authority look them in the eyes and tell them they are proud of them for something they accomplished. This cultural change has given the inmates that opportunity. “You work hard, you get a reward.”

All of the inmates attend school twice a day, one hour in the morning and one hour in the afternoon. They use a Chromebook laptop for online education and if they complete the work using the Chromebook, they are rewarded with a computer tablet. Inmates pay for use of the tablet, which they can use to watch movies, play games and listen to music. “It spread like wildfire!” Gould exclaims. “It not only changed the direction of the inmates, it changed the direction of the staff.”

According to the captain, the staff was resistant to the program at first. “Change is hard and initially, they didn’t think it was a good idea,” Gould states.”Once they saw the power of instilling hope, their day-to-day operation became easier.” He reports that housing units were much quieter, there was less fighting between inmates and less conflict with the staff. “Some of the deputies who were skeptical have admitted that I.G.N.I.T.E. provides a very valuable culture change,” he adds.

The education is designed to meet the specific needs of each inmate. “Some people who come to jail are quite educated and some are not,” says Gould. “Every inmate has the opportunity to participate at their own level. We present it to them as an opportunity.” 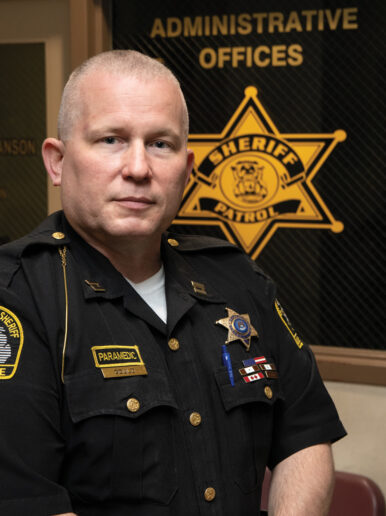 “We don’t call it a program. It is a cultural change, a way of thinking.”
Capt. Jason Gould

And, according to recent data, the initiative has been successful. Since September 2020, 19 citizens who were released from jail are now employed full-time in Genesee County, earning $10-$14 per hour. Also, Mt. Morris Consolidated Schools (a partner with Genesee County Jail) enrolled 463 students in the Michigan GED program this school year. The total number of participating students since I.G.N.I.T.E. began is well over 1,000.

The curriculum includes 82 different courses – from math, reading and writing to construction, marketing, forensics, hospitality and more. Gould says that many inmates were interested in learning skilled trades. The NFL Alumni Association and the United Auto Workers (UAW) provided funding for a virtual reality station in the jail, which allows the inmates to pursue education in a variety of trades.

The successful I.G.N.I.T.E. program has now expanded outside of the Genesee County jail with I.G.N.I.T.E. North, located on N. Saginaw Street in Flint, providing wrap-around service (education and other services) to former inmates. It will officially open this month.

In less than a year, I.G.N.I.T.E. has come far toward its goal of creating a cultural change by providing education and breaking the cycle of generational incarceration. “We’re not interested in making better inmates – we’re making better people,” says Capt. Gould. “It’s the right thing to do.”