In 2013, the Artomotive Program was formed between the Back to the Bricks Statue Committee, the Flint and Genesee Convention & Visitors Bureau, and the Greater Flint Arts Council to raise funds for the Automotive Pioneers Statue Project, in which Joe Rundell contributes his statues of Flint’s founding fathers (see p. 46).

Automotive-themed art is a must; registered participants’ only requirement is to include the hood of a car somehow in their piece. This year, contributing artists came from Saginaw, Bay City, Midland, and even New York. “To me, that was exciting!” exclaims Cheryl DeFrain, Director of Operations and Planning. “It’s not only local, but it has traveled outside of our area and people notice what we’re doing. We want to get more recognition.”

The first, second, and third place winners were announced on August 15 during Back to the Bricks, with a trophy award and cash prizes made possible by a grant from the Charles Stewart Mott Foundation. Along with official judging, there was also a People’s Choice award. 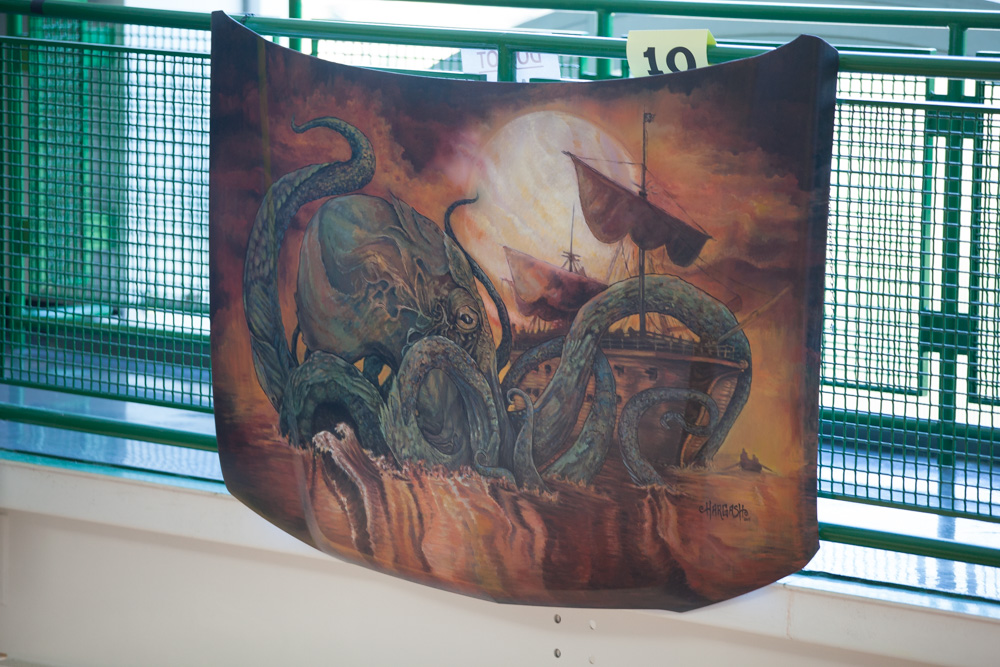 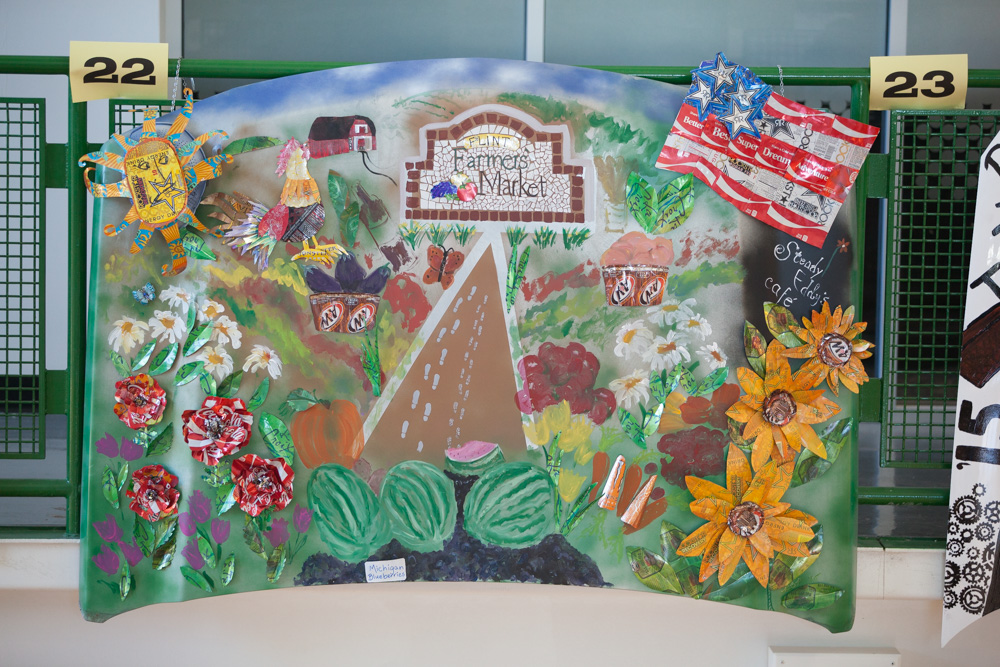 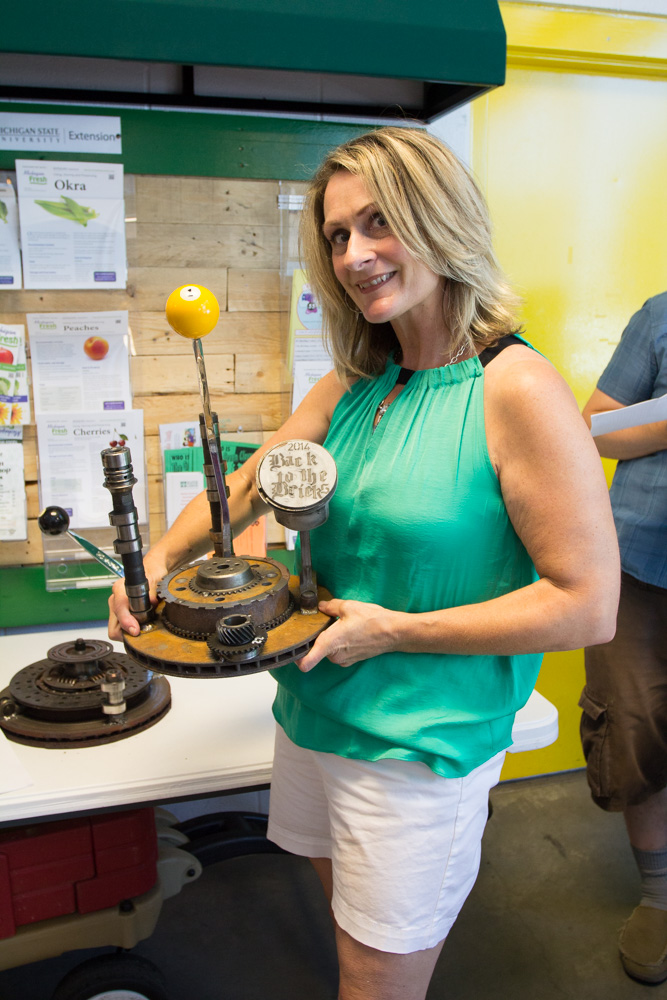 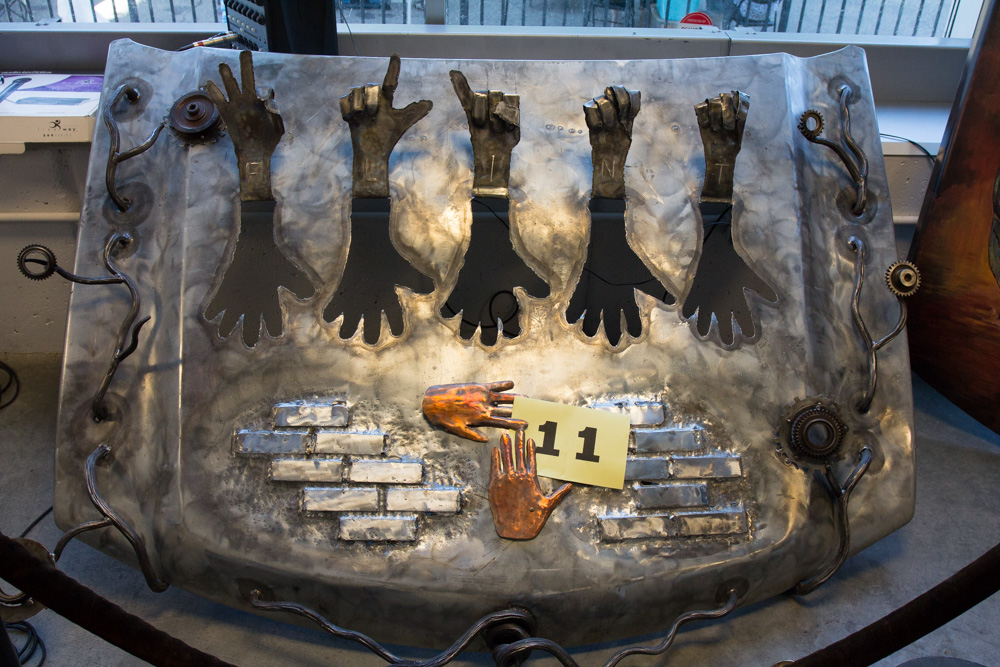 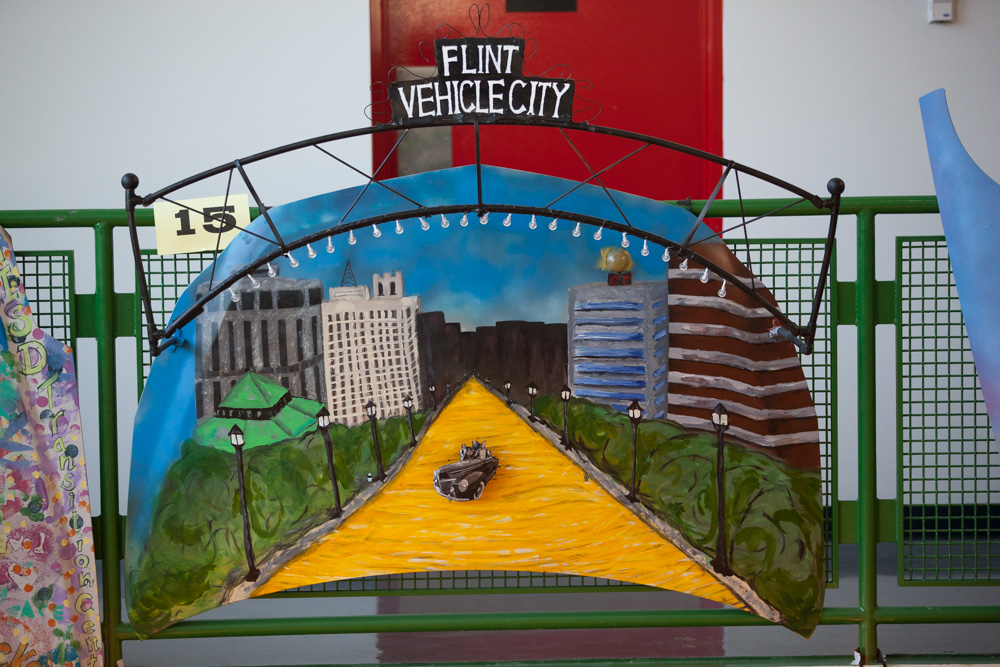 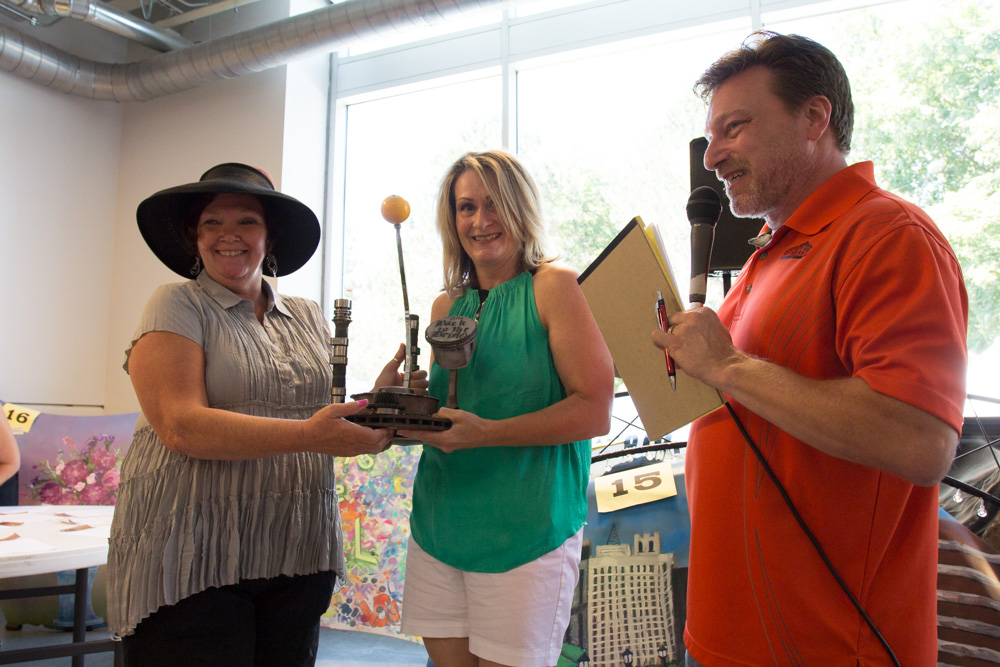 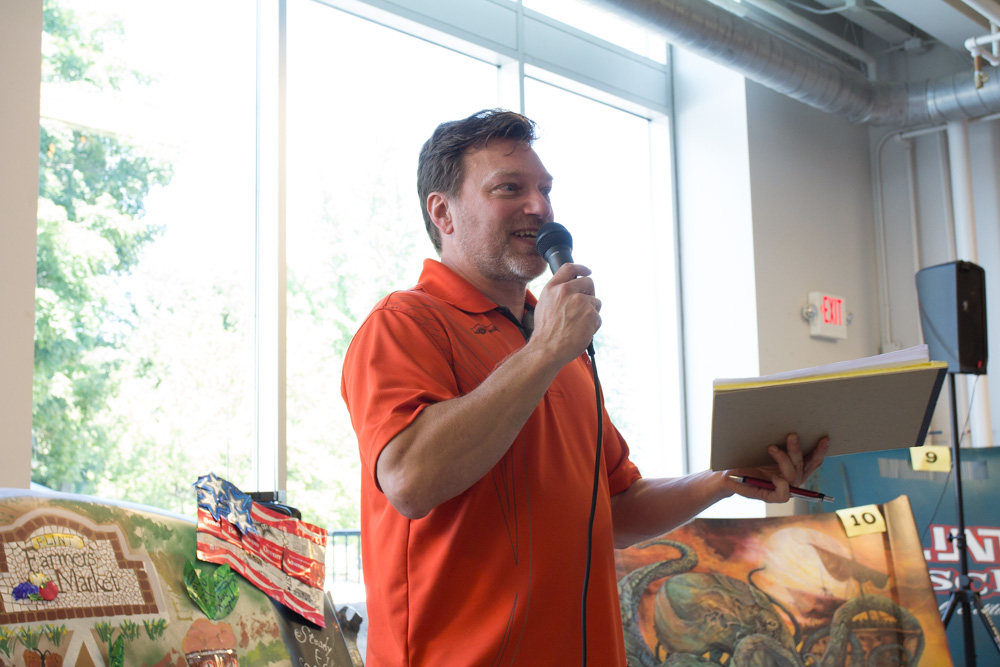 The hoods were on display at the Flint Farmers’ Market from July 11 to August 15. Artists whose pieces were purchased by the public receive 50 percent of the price, and the remaining proceeds are donated to the Automotive Pioneers Statue Fund. Jason Watson, one of the committee members, is hoping to begin the process even earlier in the following years, and carry Artomotive throughout the entire summer.

The silent auction for the 23 hoods was held inside the Farmers’ Market on August 15. The live auction is held separately for the first, second and third place winners, as well as the People’s Choice winner. The auction component of Raise the Hood raises the stakes for contributing artists, in addition to those who purchase the pieces. “It’s an opportunity to be hands-on,” DeFrain says, “If you see something you like and it speaks to you, then you can buy it. It’s not just artwork to be admired; you can hang it on your sun porch or in your den – whatever you want.” The artists also write biographies about themselves and what inspired their pieces, to better inform patrons about what that piece of art means to the artist.

Raise the Hood brings another different facet to the Back to the Bricks festivities. “It pulls people in,” says DeFrain. “They get to look at some great art, and being interactive makes them feel good about what they’re doing.” Watson says, “It’s more inclusive; it doesn’t have that ‘all car guys’ feel to it. Other people can enjoy it, too.”

In its first year, Raise the Hood displayed a total of nine hoods. Last year, ten hoods were displayed, and this year, 23 hoods were created. DeFrain and other committee members are pleased about the large jump in participation. Watson is hoping to see more 3-D sculpture components integrated into the pieces in the future, even though “the overall quality was significantly higher” this year. “The stuff the artists come up with never ceases to amaze me,” Watson adds.

Anyone can submit to participate in the Raise the Hood event. The Artomotive Committee wants to encourage more and more people to contribute and attend. “We hope to grow every year,” DeFrain says. “We would also love to see the hoods displayed around the city, have them in different areas of Flint and Genesee and people could travel to go see them.” Although DeFrain claims it’s not there yet, Raise the Hood is well on its way.

“It’s not only local, but it has traveled outside of our area and people notice what we’re doing. We want to get more recognition.” Cheryl DeFrain, Director of Operations & Planning