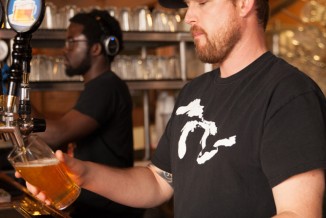 Arbor Brewing Co.
114 East Washington St.
Arbor Brewing Co. has been a pioneer in the craft beer industry since opening the original Arbor Brewing Company Pub and Eatery in July of 1995.  It was founded by husband-and-wife team Matt and Rene Greff who share a passion for beer and adventure. The Microbrewery Brew Pub and Beer Garden quickly became a regional destination and favorite local hangout. The brewpub is a full-service restaurant featuring vegetarian-friendly American cuisine that highlights local and sustainable ingredients. The bar offers a selection of wine and liquor in addition to its award-winning beer. 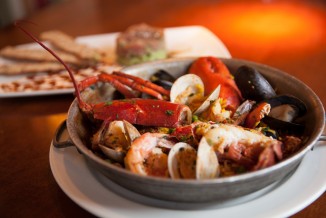 Real Seafood Co.
341 South Main St.
Located in Downtown Ann Arbor, Real Seafood Co. has been the hot spot for the freshest top-catch fish and premium seafood for over 37 years. The seafood is said to be as close to the New England Waters as your taste can travel and is some of the finest you’ll ever eat. Dennis Serras has owned Real Seafood Company since its opening in 1975. The selections are procured by traditional “watermen” and selected by standards set centuries ago. The menu changes weekly, but includes seafood classics such as steamed Maine lobster, pan fried, Maryland-style lump blue crab cakes, jumbo Gulf shrimp, Lake Superior White fish and Michigan trout to name just a few. 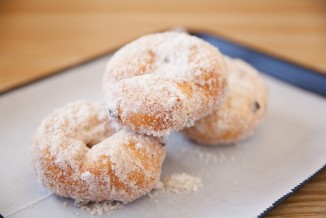 MD Bagel Fragel has been the go-to place in Ann Arbor for bagels and fragels for 35 years. Patricia Rockette and her son Michael Rockette have owned the business for the last nine years. If you’re not from Ann Arbor, you may be asking “Just what is a fragel, anyway?” It’s a deep-fried cinnamon & raisin bagel tossed in cinnamon sugar,” describes Patricia. And why are they so popular? “Everything is better when it’s deep fried,” she laughs. “It’s a big seller!”

But the mouthwatering fragels aren’t the only reason why people go to MD Bagel Fragel. The shop offers 43 different bagel varieties, the most in Michigan, according to the owner, and 20 different cream cheese flavors. “We make everything here from scratch – the bagels and the cream cheeses and everything is fresh!” Patricia exclaims. The bagel shop serves seven different breakfast sandwiches and 30 lunch sandwiches, all made from scratch with fresh ingredients. Also on the menu is a wide variety of coffee drinks and fresh, healthy Nantucket brand juices. There is something for everybody, says Patricia, including meatless options. Fragels, however, top the list of favorites at this popular bagel shop, receiving rave reviews such as: “Oh, my goodness! Out of this world awesome yummy delicious!”  ♦

Alley Bar
112 W. Liberty St.
Location has been a bar since 1880 and has a relaxed, friendly setting