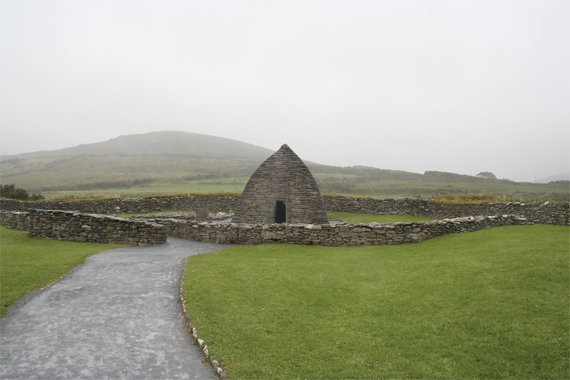 The story of Irish immigration to America is one of many chapters in the tale of this country’s rise to greatness. Today, there are more people of Irish descent in America than there are in Ireland. The culture, knowledge, and beliefs that the Irish brought with them reaches back to eons long forgotten, but much of Ireland’s storied history is still held sacred, even here in Flint, by the fraternal organization known as the Ancient Order of Hibernians. While their organization is as old as the Irish hills, local AOH members of the Sullivan and O’Sullivan Division comprise a cheerful and fun-loving group of brothers who have engaged their community since 1982.

Each word in the group’s name is significant, says Bill Cavanaugh, the acknowledged authority on AOH history in these parts, and the words help to delineate the group’s genesis. Ancient obviously refers to the long-standing tradition of the Order, which indicates a society of like-minded people, united for a particular purpose. Hibernia, with its aura of mystery, is the Latin reference to Ireland. The origins of the AOH predate Christianity by some thousands of years in the form of pagan druids, who were considered religious and social leaders in Celtic culture. “When Ireland was Christianized, trades were organized into orders,” said Bill, “and the secrets of each trade were never dispersed to anyone outside: as a member, you maintained the knowledge of your trade for yourself and your order. This passing of the baton of knowledge was an ancient tradition.”

Cromwell’s conquest of Ireland marks an important era in the formation of clandestine orders, as practicing Catholicism and speaking Gaelic, Ireland’s native language, became crimes punishable by death. The trades coalesced to form one society, with the intention of protecting the clergy and helping people maintain their faith in secret. “Secrets protected the faith after Irish surrender in 1652 and the Catholic Church could not even recognize the Irish martyrs who were dying for their faith. Not until as much as 500 years later,” said Bill. “Under duress, Catholicism became increasingly important to native Irishmen.” The effect of English conquest was devastating to the Irish; the saying, ‘To Hell or Connaught with the Irish’ refers to the forced removal of almost three quarters of the Irish population from fertile and strategic lands to the poorest region of Ireland. When resistance flared, the saying was modified. ‘To Hell or Barbados with the Irish’ denotes the ethnic cleansing that took place on and off for hundreds of years, during which time an estimated 50,000 Irish were sent to the West Indies or Virginia as slaves. Secret papist societies in Ireland were kept busy as they resisted English penal law.

Irish immigration to America is largely rooted in wretchedness: forced eviction and servitude, and later famine and starvation, drove millions of Irishmen to America. “When they came here, the Irish were not wanted,” said Bill. “They were a sad group of people: if they had not starved to death on the way over, they were unwelcome when they landed.” While historical charters granted freedom of religion, Americans were overwhelmingly Protestant, and Catholics were looked upon with suspicion. “Personally,” said Bill, “I think when they talk about the ‘tired, poor, and huddled masses’ they were referring to the Irish.” Faced with the same hostility they had sought to leave behind them, Irish immigrants turned to organizing in secret as they had in the old country. The Ancient Order of Hibernians was one of many societies established to protect the Catholic Church and helped Irish widows and orphans; its charter dates the society to New York City 1836. Time passed and various Hibernian secret societies joined forces with the AOH, which spread across the nation as Irish populations moved westward.

The presence of the Ancient Order of Hibernians in Flint is relatively recent, considering its roots, but Bill says that prior to the 1920s, “there just wasn’t a need for an Irish society, since many Catholic families were Irish and since the membership of the Knights of Columbus was predominately Irish.” As the demographics of Flint changed due to migration, an attempt was made mid-century to begin a branch of the AOH; but in 1982, coincidentally the year that the first Flint St. Patrick’s Day Parade was organized, the Sullivan and O’Sullivan Division of the AOH was chartered. Bill himself joined the AOH shortly after the first-ever St. Patrick’s Day Parade, and he’s studied the history of the Irish ever since as the group’s official historian, although perhaps bard is a more fitting name.

Just like the three words of the group’s title, there are three words that define the mission and principles of the AOH: Cairveas, which means friendship; Aontacht, which means unity; and Criostulacht, which means Christian charity. Bob Slattery, a longstanding member and current President of the Sullivan and O’Sullivan Division, says that these words inspire him and the society as a whole. “My dad and two uncles had been members for several years. They asked me to join for a long time, but I was hesitant. Once I became involved,” he said, “I realized the good things the group was doing, promoting Irish culture and supporting the Church, and I wanted to contribute. I’m Irish, after all.” The link between the Irish community and the Catholic Church is insoluble, and the AOH is responsible for supporting the Church both directly and indirectly. At the annual Clergy Appreciation Dinner, the AOH shows their appreciation for their Church leaders. “We no longer have to protect the clergy with our lives,” said Bob, “but once a year, we have the opportunity to show our appreciation to local clergy members. It can be hard for them to find the time to kick back and relax. It’s something we really feel called to do, and they appreciate it.” The AOH also supports the Church through other avenues, such as donations to Catholic Charities, to Genesee County seminarians – young men studying for the priesthood – and to food pantries at parishes throughout the county. “We have a great tradition called Corporate Communion,” said Robert enthusiastically, “where AOH members attend a pre-selected parish on a certain Sunday. We get to say a few words about the AOH, then, after mass, we present a check to that parish for their Soup Kitchen/Clothes Closet.” Outside of their Church-related giving, the AOH also gets involved with the larger community through the Disability Network, and the Michigan Special Olympics. “We raise money to give it away;” said Bob, “The need is so great and our contributions feel so small: it is really humbling.”

Bob reports that while AOH membership was “graying,” which is to say aging, like many of the fraternal organizations in Flint and America, “the outreaches at parishes have helped. Several young men have recently joined who are taking on leadership roles. We were concerned for a few years about membership, but we seem to have turned a corner.” The secret, says Bob, is to utilize – he unabashedly admits to “stealing” – good ideas for member retention and growth. “We are actively looking to get young people involved. I believe that young people are seeking ways to contribute. The AOH is one way to give back.” Another reason to bring in the youth is to educate them. As President, Bob is in the process of organizing a regular history lesson to pass on to young members their rich history and culture: Irish history, history of AOH in America, and Flint Division history.

Just as enormous pressure on carbon creates diamonds, The Ancient Order of Hibernians was formed in the crucible of Irish oppression. Today, the result is a vibrant organization that celebrates its rich heritage, gives back to the community, and educates its youth in friendship, unity and true Christian charity according to its mission and principles.