Dr. Inez Slaubaugh’s journey to becoming an artist was as unexpected as one of her tech ink paintings.

“I suppose I’ve always had the artist gene in me,” Inez explained, “because when I was little and people asked me what I was going to be when I grew up, I said I wanted to be a doctor and an artist.” Without any kind of public school art program, however, Inez set her course for the medical field and pursued it with all her heart. “I lived, breathed and slept medicine,” she remembers, “It was my whole life.” A talented gynecological surgeon, Inez prided herself on precise work. “It was almost an art itself, making the finest incisions possible with no scarring or tension so that they were almost invisible once they healed,” she mused. So happy was Inez with her practice that she never dreamed of deviating from her course, until one day in 1996, when the doctor became the patient. 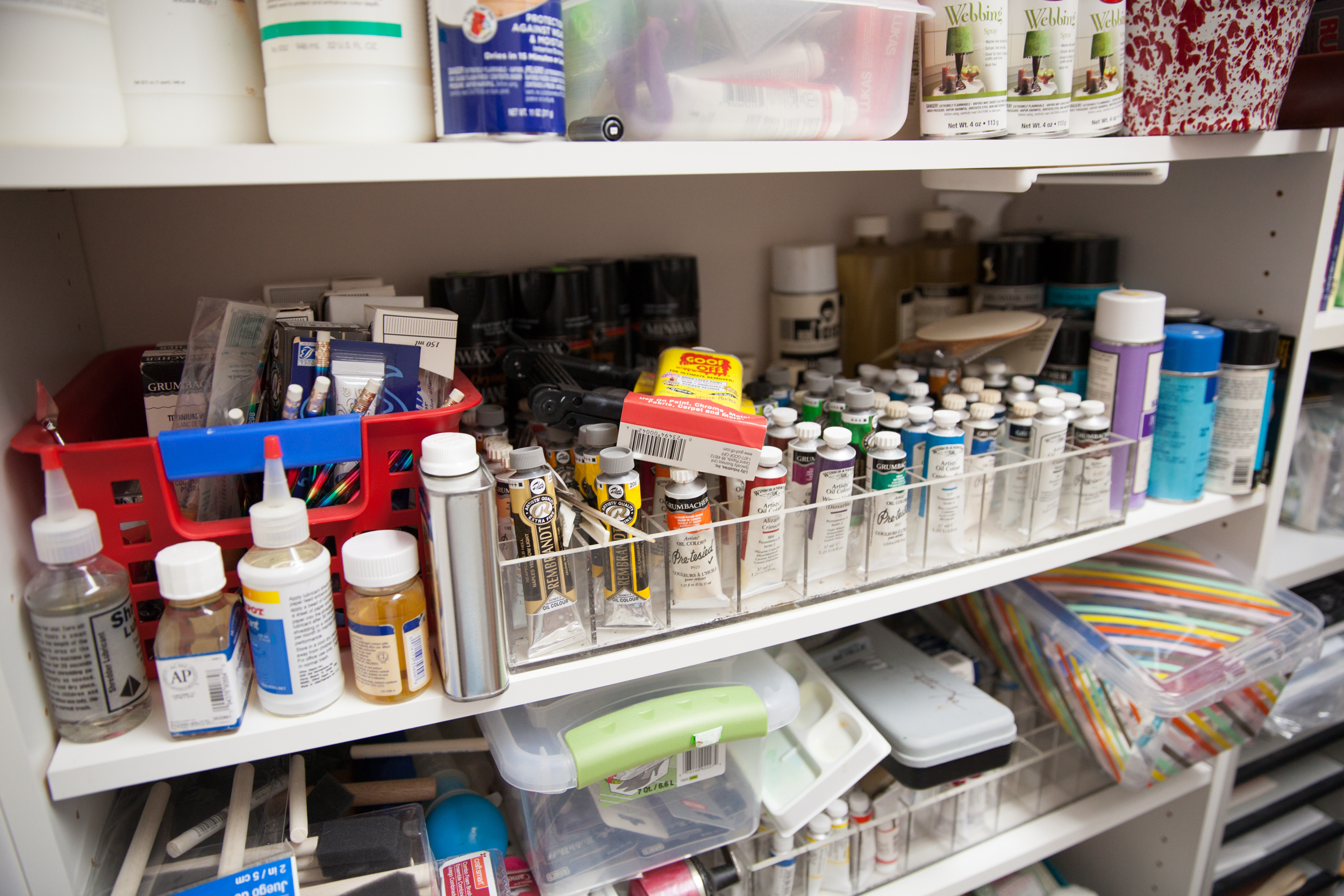 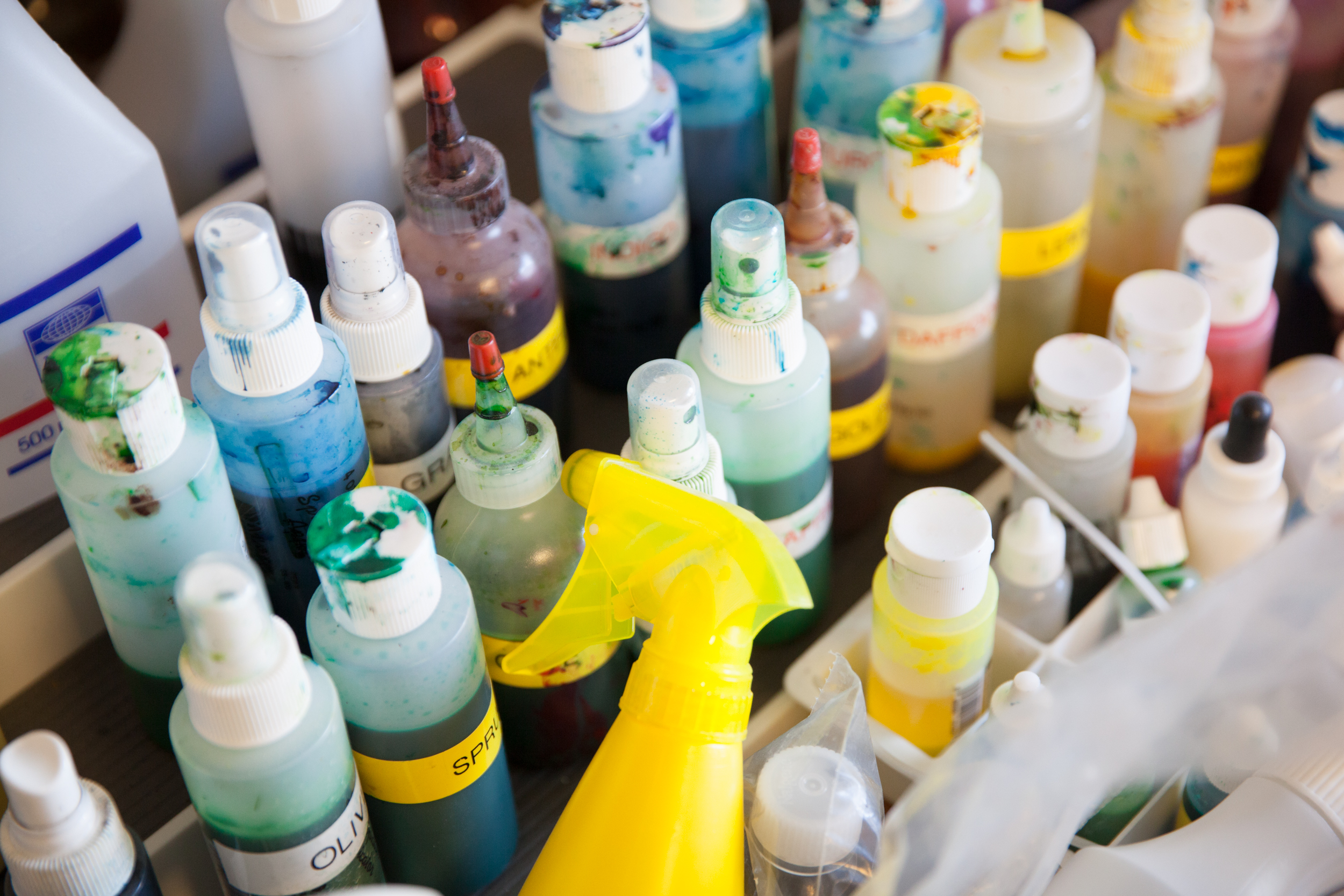 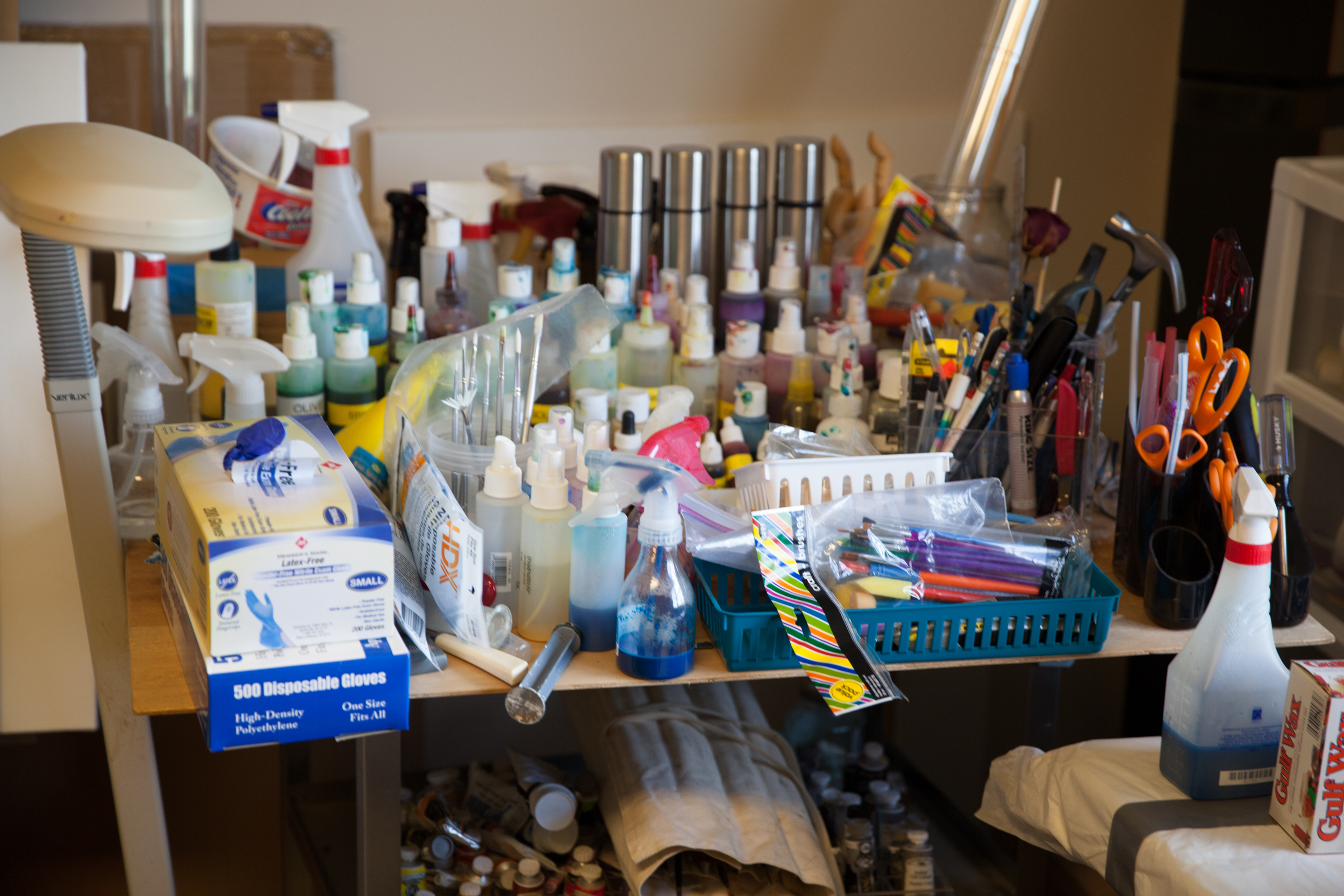 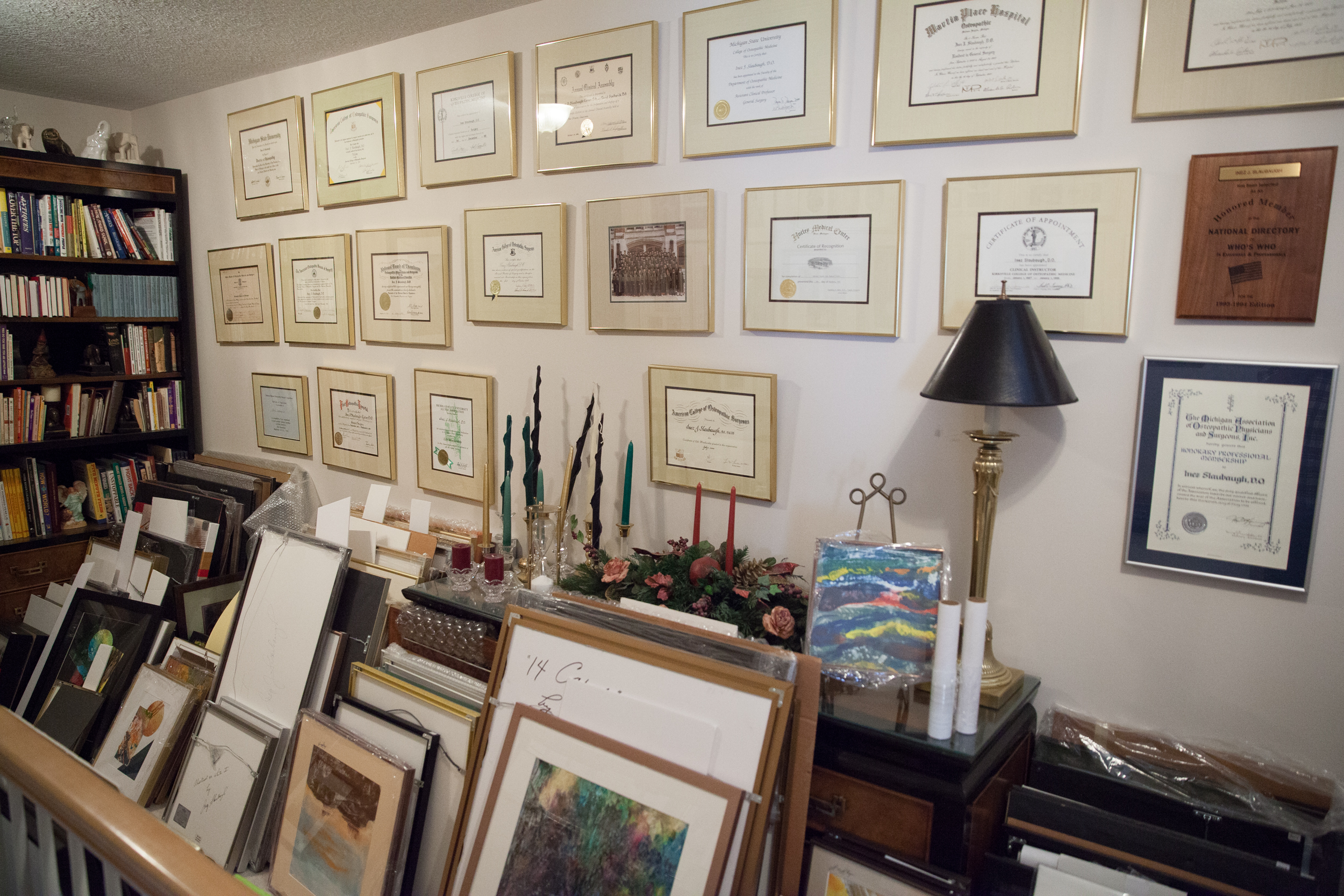 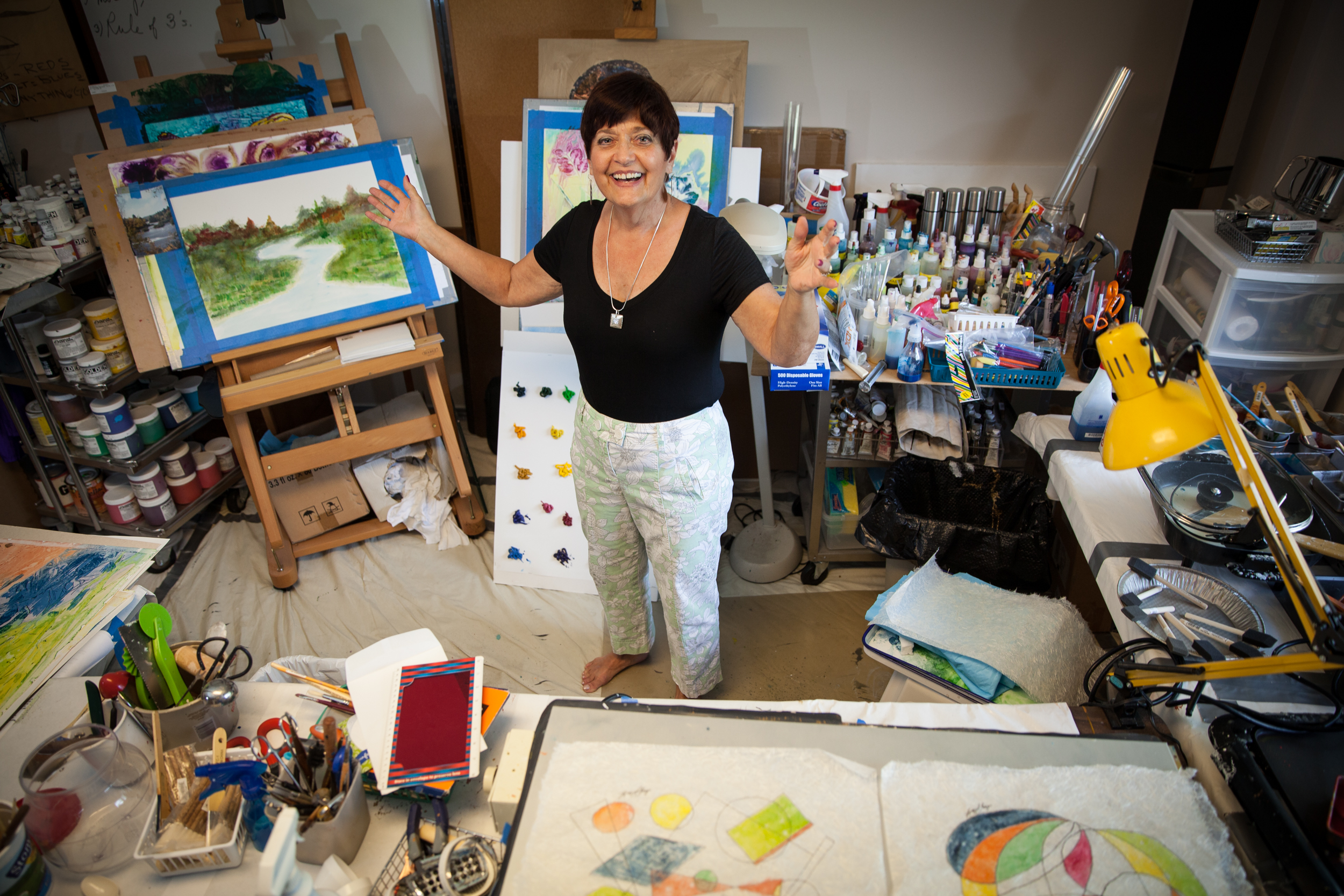 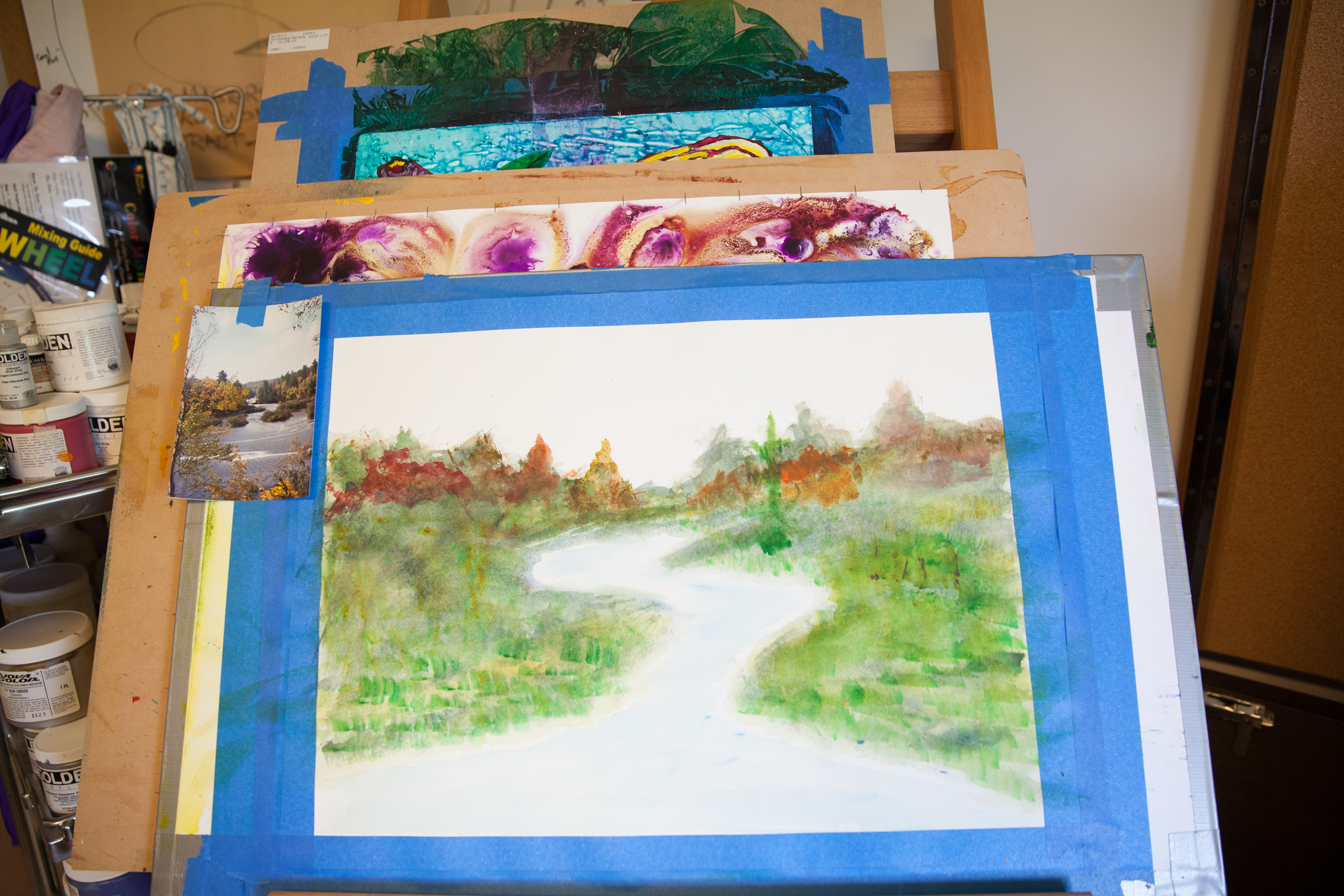 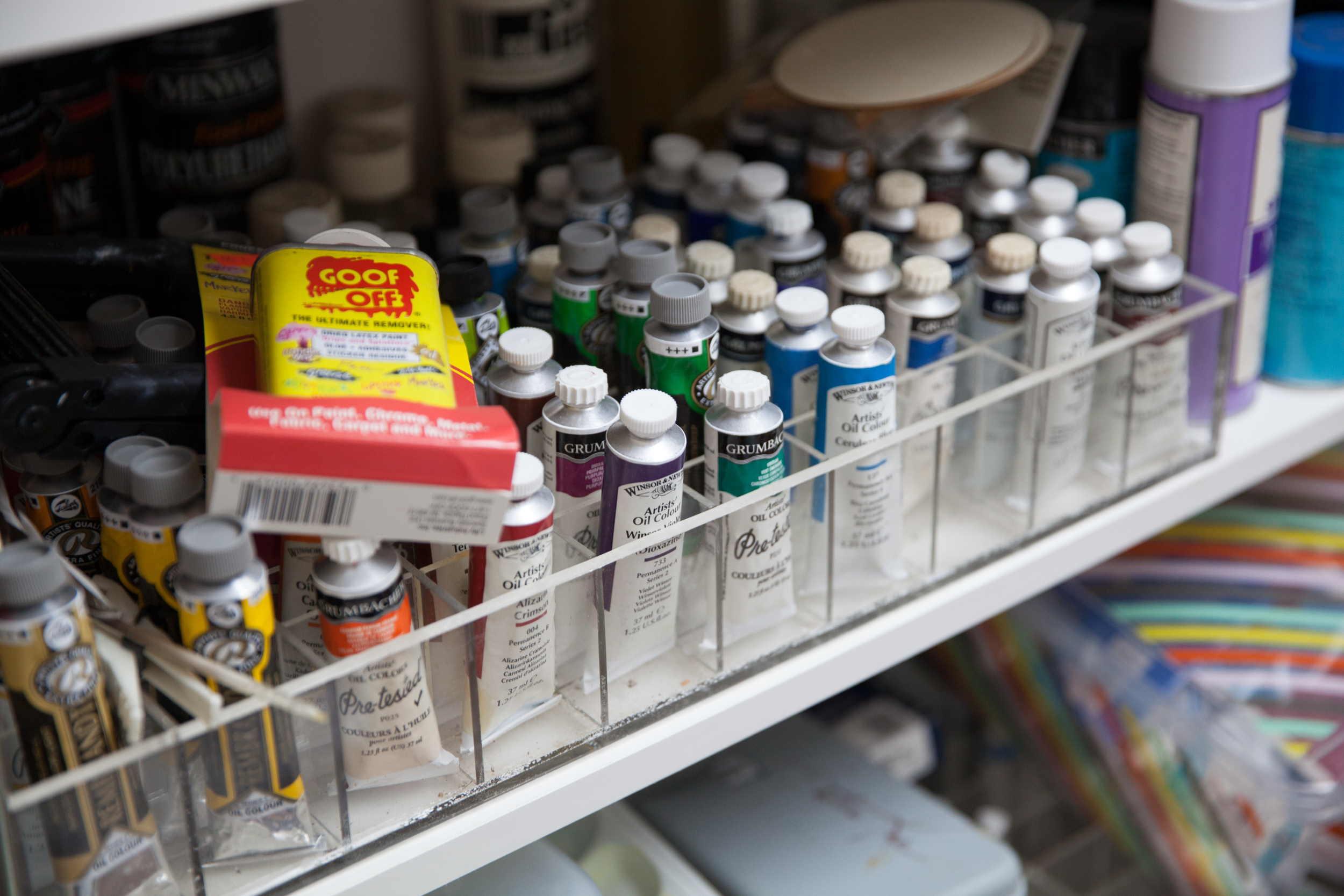 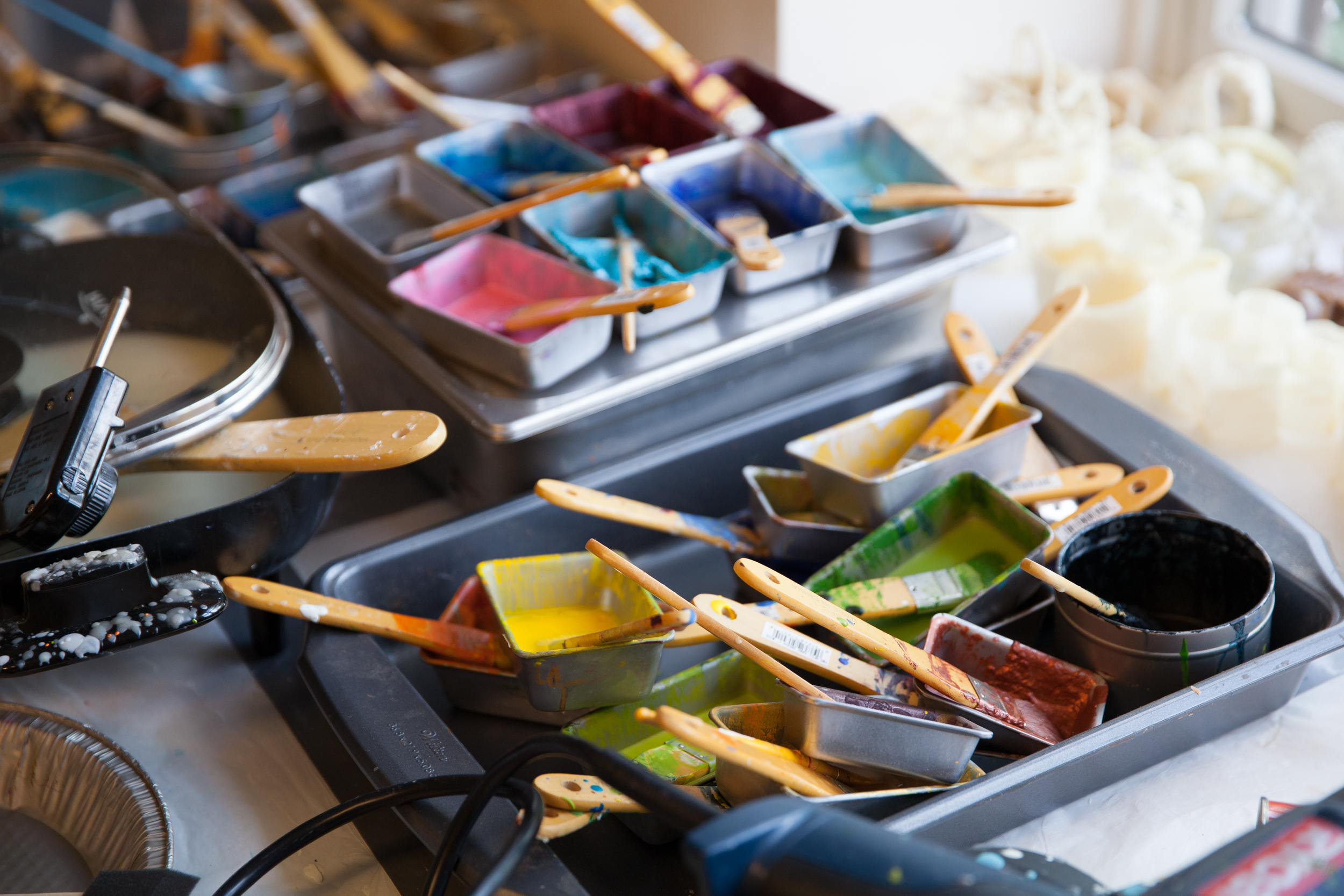 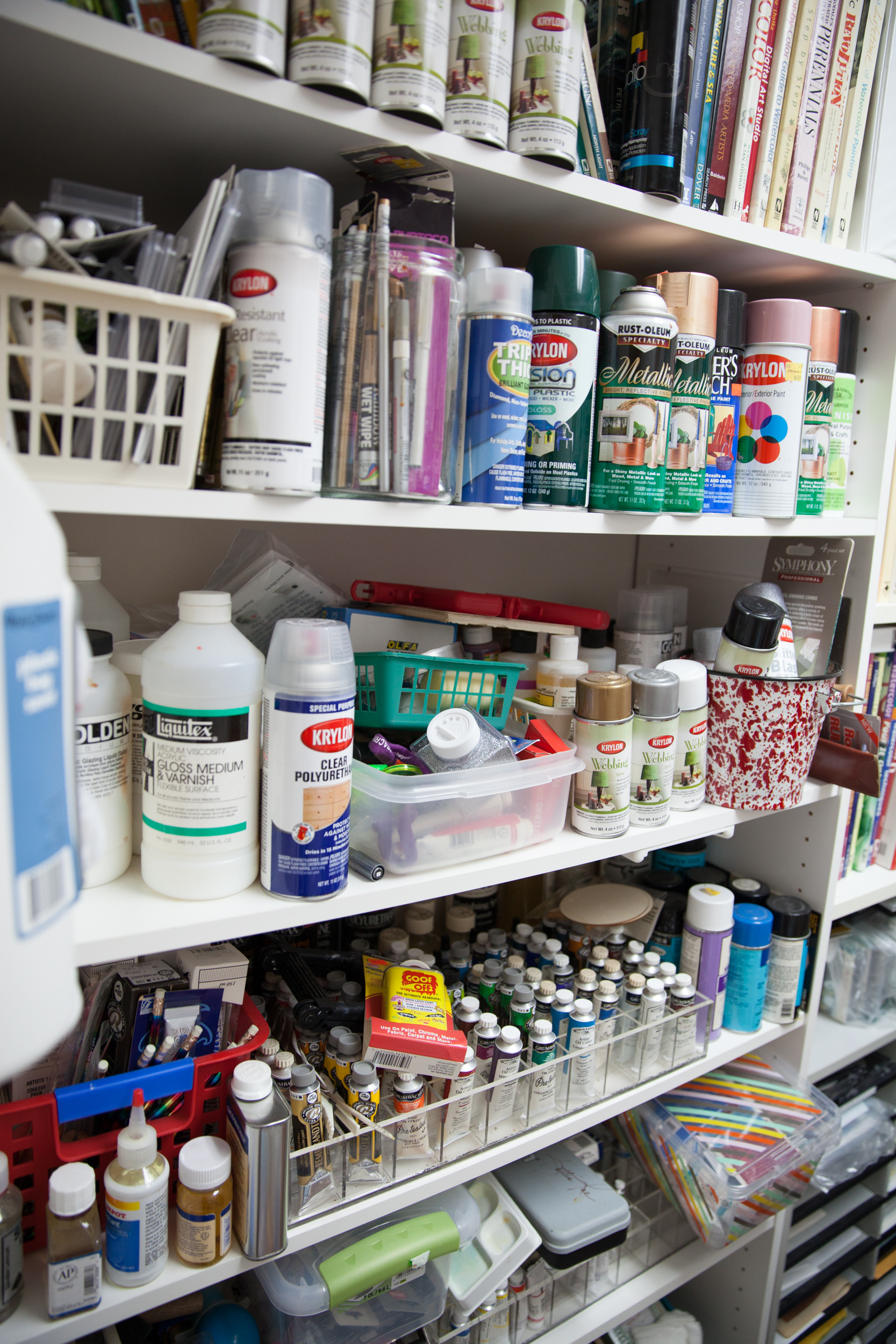 The diagnosis was metabolic myopathy. “Basically, when I’m cold or stressed, I turn into rubber,” Inez said, adding painfully, “In surgery, my hands would suddenly become unresponsive and I was unable to continue practicing in my field.” Devastated, Inez witnessed her world crumble as her career disintegrated and her body became weaker. “At one point I could barely walk. I spent most of my time in a wheelchair and the doctor said I would be bedridden by 2006.” Depression set in – “to the point where I was almost suicidal,” Inez remembered – as a woman who was used to working 100-hour weeks languished with nothing to occupy her time. “I needed something to keep my mind busy, so my neurologist asked what I had planned to do with my time after I retired. I told him I had planned to golf, ski, ride horses and learn to paint. He said, ‘One out of four isn’t bad.’” The neurologist introduced Inez to his wife, who was a painter, and she encouraged Inez to take art classes. “My husband and I had to spend our winters at our home in Sarasota, FL because of my condition,” Inez explained, and it just so happened that Sarasota is home to Ringling College of Art and Design. “I took continuing education classes there under the guidance of 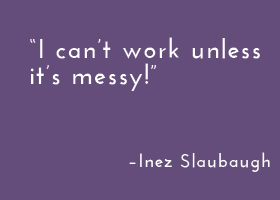 some truly masterful artists,” Inez said of her experience, “and I really got a world-class education. I could have gotten a degree with all of the classes, but I didn’t want it. I just wanted to learn.”

Since that time, Inez has thrown herself into her art as seriously as she ever did into her medical practice. “I love art the way I loved medicine: wholeheartedly,” she said. She has explored many different media, including oil, acrylic, watercolor, pastels, pen and ink, tech inks, and encaustic (hot wax) painting. “I call myself an experimental artist,” Inez said, “because my projects are always evolving as I look for new methods.” While Inez laughingly admitted that a recent obsession has been “to get as many different things as possible onto one piece!” she also said that encaustic and water color batik are her latest crazes. Encaustic painting is a technique wherein pigments are added to wax, which is then painted on a surface using special heated tools. Inez also enjoys creating batiks with watercolor, a lengthy process in which she applies wax to areas that she doesn’t want colored and then soaks her work in color. “I just love working with wax,” she commented. “I love the look of it, the feel of it and how hard it is to work with.” 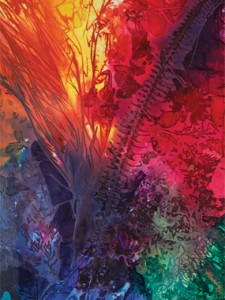 A peek into Inez’s art studio reveals her creative process, which could almost be labeled haphazard. “I’m always recycling pieces that I don’t like. If it doesn’t work out, I may chop it up and use bits of it in another piece. I just play!” she said with a smile. Being easily distracted, Inez usually works on 6-10 projects at a time, and new ideas are always popping into her mind. She says that sometimes, when she’s lying in bed, an idea will just “come to her.” Other times, she says, “I see something special and I try to capture the feeling it gave me.” Still other times, she experiments by simply putting color on the page and seeing what jumps out at her. “Mixed media is my true love, because I love art that has balance. Good art combines a balance of not only color and texture, but also of elements.” When asked the age-old question about how she knows when a painting is done, she said, “I take it to the mirror and hold it upside down. You can always see when it’s upside down if there are spots that need finishing.”

Inez’s work is often brightly colored for a reason. “Color makes me happy,” she said simply. “When I was struggling, the bright, cheerful color of my paints made me feel better. There are still occasions when I feel
depressed, but you can’t let yourself crawl into the basement. I know what it’s like to be overcome by circumstances, when your body won’t do what you want it to. I’ve walked that road and I know that you can either let yourself be depressed or you can do something to change it. And I did.” ♦

Inez’s work will be exhibited at Fandangles’ in November 2014, her ninth year there. “Tom and Steve are such a delight to work with,” she said. “They gave me my start and they are such a blessing to so many artists in our area. I can hardly believe I’ve been showing there since 2006. I guess time just flies when you’re having fun!” she said. 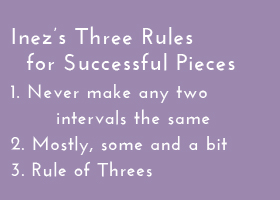 This refers to the presence of dark, medium and light colors in a work. It must be composed of mostly one, some of the other, and a bit of the third.

This piece, called “Starry Night,” was created using a variety of materials, even varnish, which Inez set on fire!

The Old and the New: Inez’s many degrees from her time as a surgeon hang in a hallway filled with framed paintings, which represent her new life as an artist