Larry O. Dean and Jan Worth-Nelson lead this literary evening at Totem Books Thursday, June 8 from 5pm-7pm. The parking lot was packed as dozens listened to Dean and Worth-Nelson’s poetry, enjoyed refreshments and partook in stimulating conversation. Both have a background in writing and teaching, and are stellar examples of the great writing emanating from Flint. 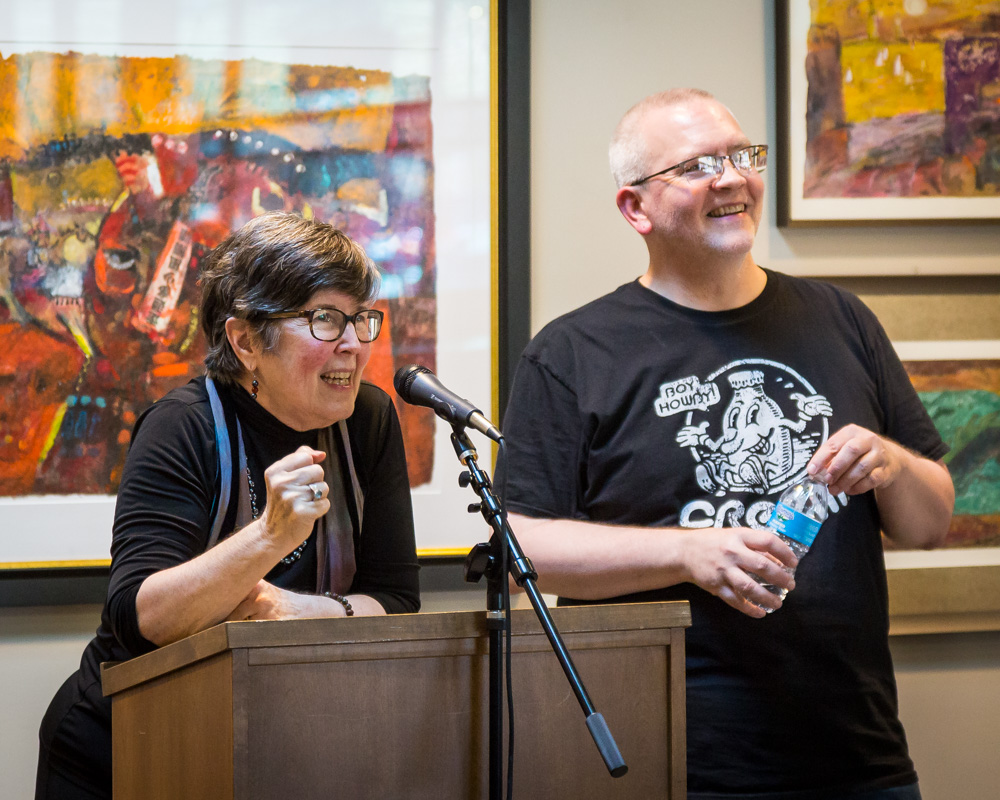 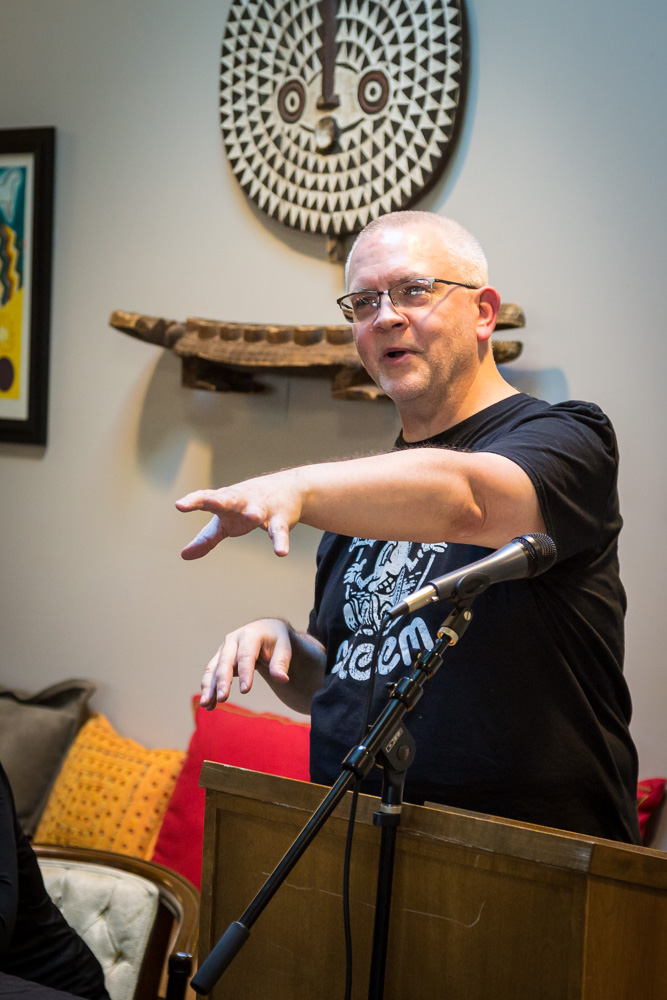 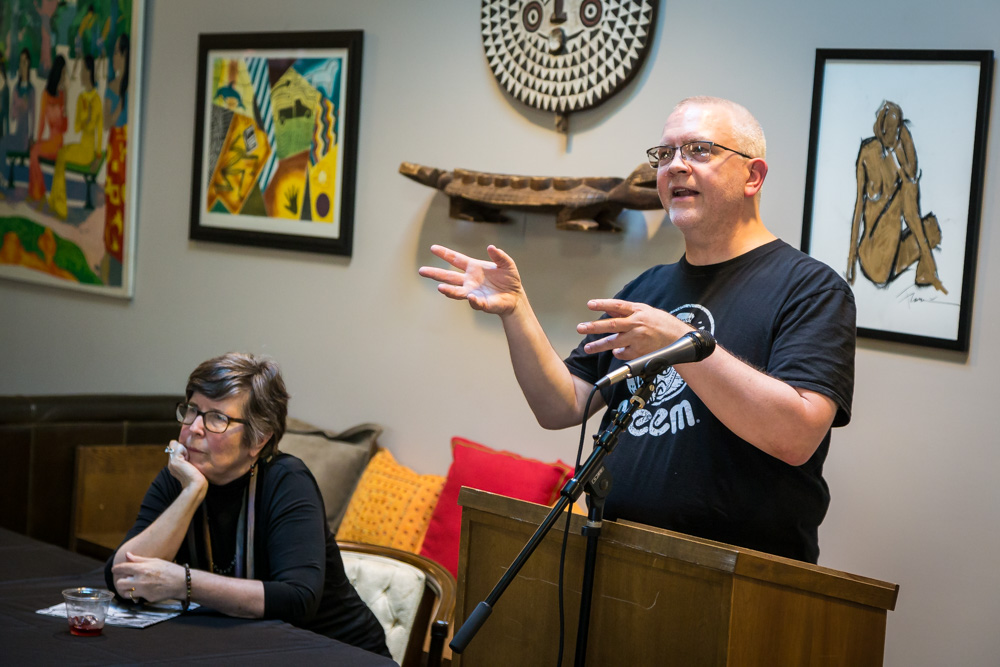 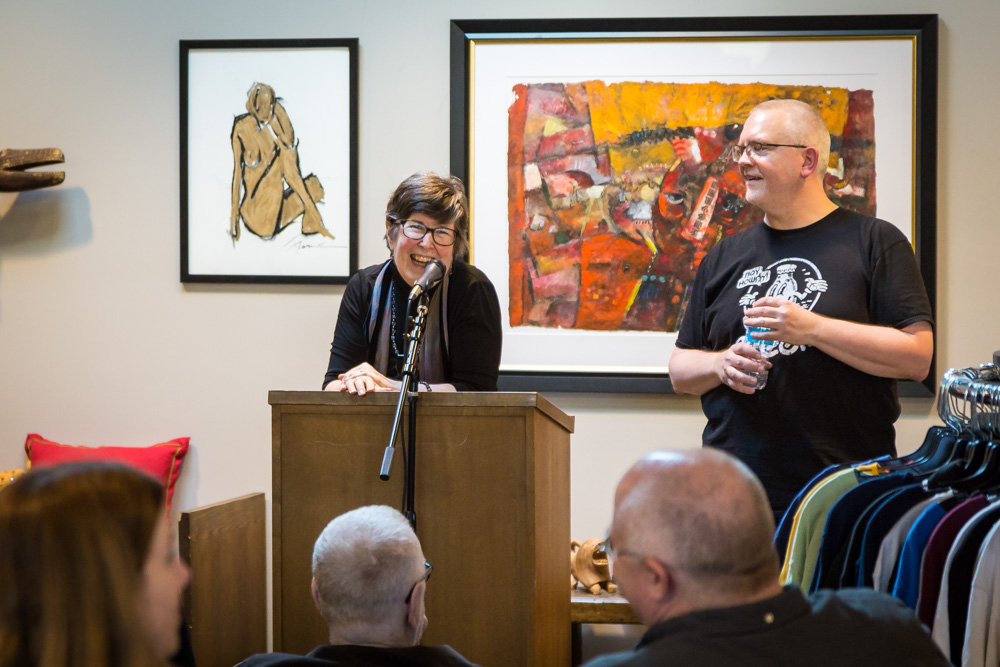 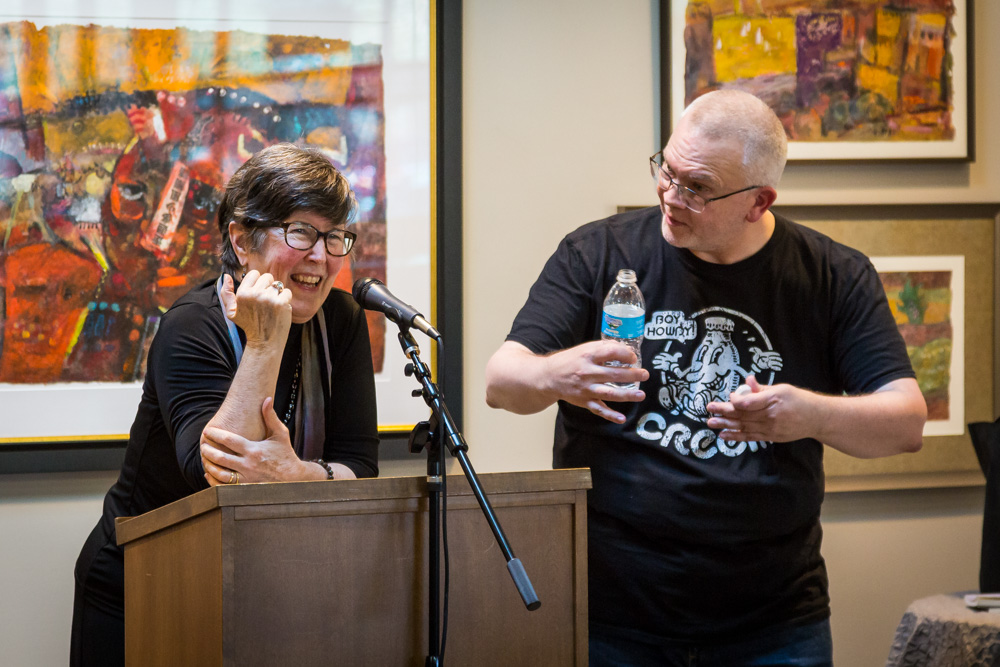 Larry O. Dean was born and raised in Flint, Michigan and began publishing essays and reviews for Michael Moore’s alternative publication.  Dean attended the University of Michigan and won three Hopwood Awards in creative writing. He works as a Poet-in-Residence in the Chicago Public Schools. He was a recipient of the Gwendolyn Brooks Award for teaching excellence in 2004. He has authored two full-length collections, Activities of Daily Living (2017) and Brief Nudity (2013).  Find out more about Larry O. Dean at www.larryodean.com.

Jan Worth-Nelson is a poet, essayist and fiction writer, the editor for East Village Magazine and a retired creative writing teacher from the University of Michigan-Flint. Worth-Nelson’s poems, essays and short stories have appeared most recently in Belt, Rhino, Hypertext, The MacGuffin, Midwestern Gothic, and The Exposition Review, which nominated her 2016 poem “The Hilarious Funeral in LA” for a Pushcart Prize. Learn more at www.janworth.com.