Alli Jablonski was diagnosed with Type 1 diabetes at the age of four, and she has never known anything different.

“It was weird, because no one in our family had it,” Alli’s mother, Melissa, says of receiving a call one day when Alli was on a preschool field trip saying that she needed to go to see her doctor. After noticing that Alli had been lethargic that week – uncommon for her as the youngest of three children – Melissa listened to that advice.

November is Diabetes Awareness Month and is dedicated to promoting an understanding of the difference between Type 1 and Type 2 diabetes, in addition to the staggering costs of medical treatments.

Type 2 – the most common form – is when the body does not use insulin properly, called insulin resistance. A Type 2 diabetic’s pancreas makes extra insulin to make up for it, but cannot keep the blood at normal glucose levels over time. When glucose builds in the blood instead of going to cells, it can cause the cells to starve, and affect eyes, kidneys, nerves, or the heart. Type 2 can be controlled but may worsen over time.

The American Diabetes Association
released new research
on March 6, 2013 estimating the total
costs of diagnosed diabetes have risen to
$245 billion in 2012 from $174 billion
in 2007, when the cost was last examined.

Type 1 is usually diagnosed in children and young adults (juvenile diabetes). Only five percent of people with diabetes have Type 1.*

“I have Type 1 diabetes,” Alli explains. “So that means my pancreas doesn’t work. I have to manually take insulin from my insulin pump, and it helps me survive. I have to test my blood with a glucose meter. If the glucose is too high, then I have to give myself insulin. If it’s too low, I have to eat something with carbs.” 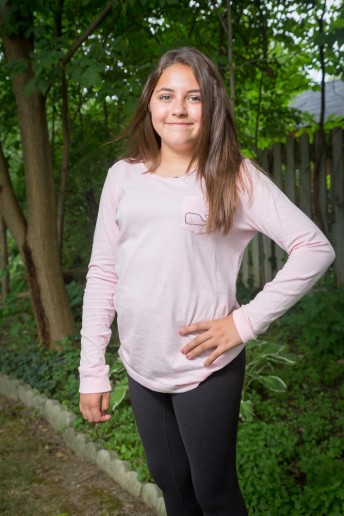 Now 12 years old, Alli says that an insulin pump is easy to include in her lifestyle. Rather than getting an injection every time she needs it, the pump delivers rapid or short-acting insulin 24 hours a day through a catheter placed under the skin, helping Alli keep her numbers within their target ranges.

Alli attends Grand Blanc East Middle School. Her family includes her mother, her father Curtis, her brother, Josh and sister, Abby. Currently, she is on the Warwick Hills swim team and the Flint Falcons swim team. Her favorite stroke is backstroke.

“I don’t really remember my life without diabetes,” she says.

Symptoms may occur suddenly and can include:**

The Jablonski family decided right away that they weren’t going to let Alli’s diabetes define her or their family, and that they would learn everything they could about Type 1. “I call my family Type 3s because they always help me out,” Alli says. Being Type 3s is their new purpose, to help Alli; but also other people who are going through the same thing.

This idea of “Type 3” comes from support organizations, such as the Juvenile Diabetes Research Foundation (JDRF) which provides resources, new research info, mentors, support groups, discussion boards, and methods of raising research funds for those with Type 1.

Alli is actively and proudly involved with JDRF. “I speak for JDRF at a breakfast to tell people about my life with diabetes,” she says. Every year, she attends the JDRF Walk for the Cure in East Lansing at Michigan State University.

Melissa stumbled across the JDRF website during an Internet search and ended up immersing herself in it. In addition to the event at MSU, Melissa and others in the area found a way to bring it closer to home. They began a support group for Grand Blanc and Genesee County; the group has now grown to over 300 members. “We’re very proud of that,” Melissa says. “We’re very excited to bring that support here.”

The annual JDRF walk in East Lansing is an opportunity for Alli and her family to meet people who understand, want to learn more, and who are there to support. “It’s a terrible disease that I don’t wish upon anyone,” says Melissa. “But we’ve met wonderful people through it – people we wouldn’t have had the opportunity to meet otherwise. It’s a great support system.”

In addition to other diabetics and their families, Alli’s doctor at Hurley Medical Center, Dr. Muhammed Jabbar of Pediatric Endocrinology, and Dr. Fawaz Heddad of Grand Blanc Pediatrics feel that Alli is in good hands by helping with regular check-ups. “They are really good with helping me,” Alli shares. “They make sure my numbers are always in the right range.” 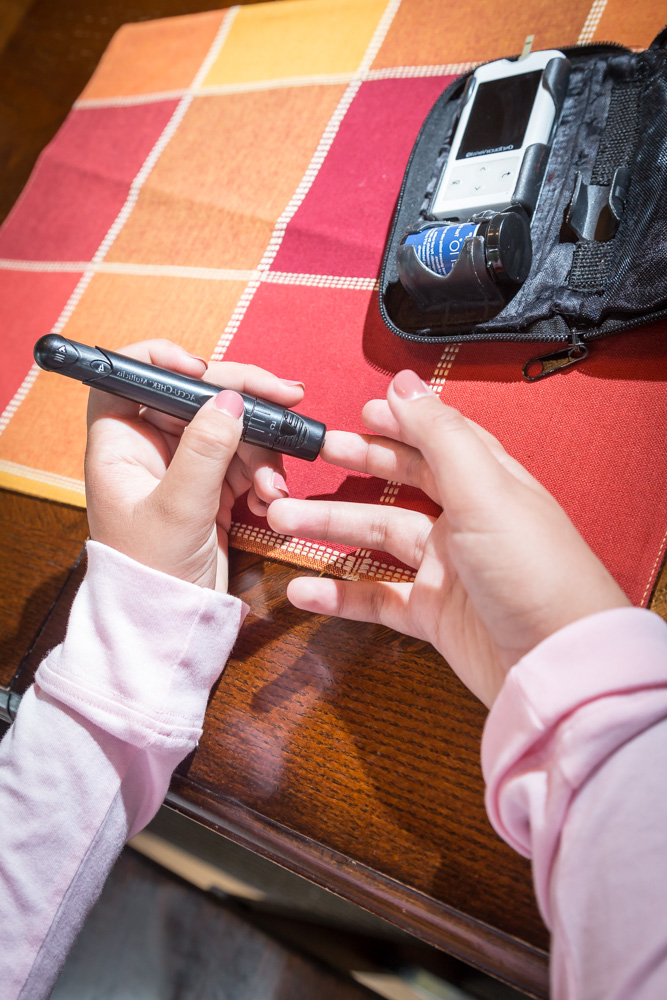 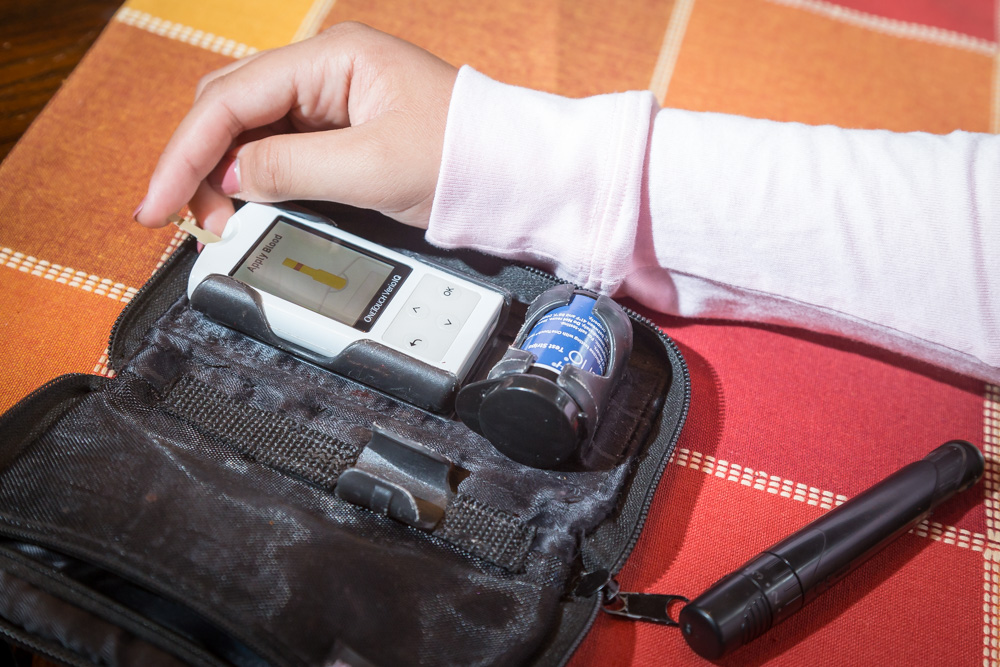 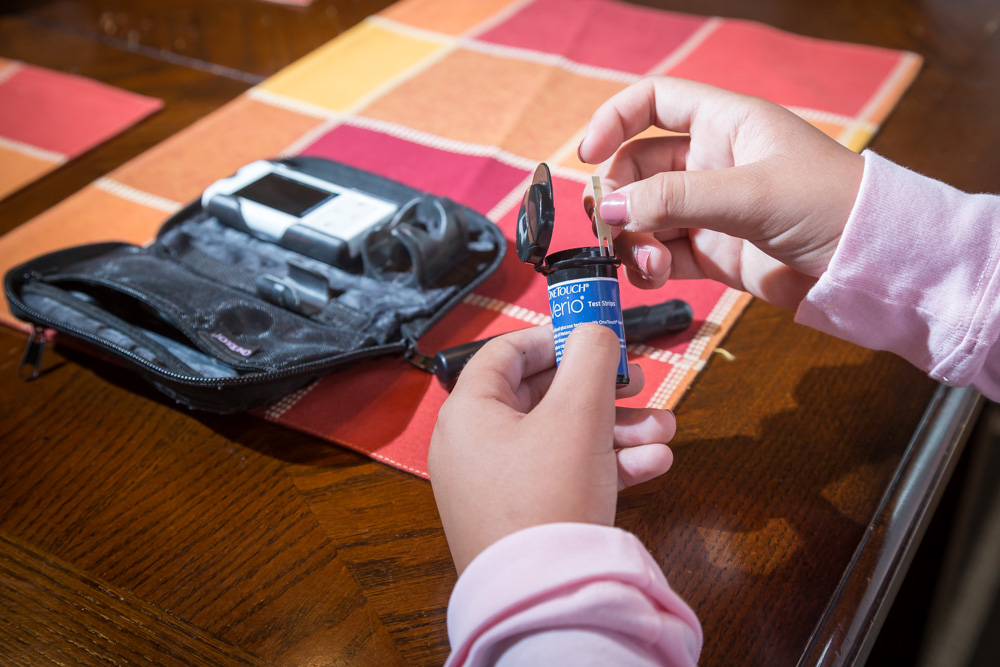 There are many symptoms to manage, but for Alli, if her blood sugar is too high, the effects include crankiness and headaches; if it’s too low, she feels cranky and shaky. And because it is ingrained in her life, she can feel either one coming on and be proactive in stopping it.

“Being diabetic has taught me to be really responsible,” Alli shares, adding her advice for those who have just been diagnosed: “Always keep on top of it, even if you don’t want to.” Through JDRF, Alli talks to new diabetics and she can answer any questions or concerns that they have.

“The worst thing about having diabetes is having to poke myself a lot and having to carry around my kit everywhere I go,” she admits, adding that she also has to have a snack on hand in case her blood sugar gets too high or too low, something with peanut butter or even juice.

Melissa’s thoughts for other parents: “The technology available now for those who live with Type 1 is amazing. The fact that they can move from dealing with injections to using a digital pump – you can access your test numbers on your phone. And the fact that the artificial pancreas will be released in the next couple of years means that there is potential for a cure in Alli’s lifetime. If not a cure, then technologies that will help her live an easier life.”

The artificial pancreas is a project that “bridges the gap” between the insulin pump and the continuous glucose monitor (CGM). It is a computer program that requires little or possibly no input from the user, mostly acting automatically to keep blood glucose levels in a healthy range.***

Actively involved in their Grand Blanc community, the Jablonski family has held a JDRF fundraiser at Brick Street of Grand Blanc, owned by Alli’s uncle, Mike Jablonski. She and her mom gave speeches and guests enjoyed wine-tasting and appetizers. “We had a fun night of raising money for JDRF to try and find a cure,” Alli says. “All of these events and every time I speak helps me.” Melissa adds, “She can make a difference as well, even though she is affected.”

As for Alli’s future, she doesn’t plan to let diabetes get in her way. “I really don’t think it will affect what I want to do when I’m an adult,” Alli says. “I want to go to MSU and become a doctor – a surgeon.”
Sources: *American Diabetes Association **Juvenile Diabetes Research Foundation ***DiabetesForecast.org