Imagine yourself in an elevator going up to the 80th floor of a skyscraper. You arrive and the door opens to a single wooden plank jutting out into space, precariously held there by two single nails. You take one tentative step onto the plank. Your palms start to sweat as you look out over the city far below. You take another cautious step, then pause as a helicopter flies toward you and quickly duck as it swoops overhead. Looking down, you see cars and trucks driving through a busy intersection. You start to shake as you edge closer to the plank’s end … once there, you stop. One more step forward and you’ve survived Richie’s Plank Experience. Would you take the plunge?

“It’s total immersion in another world, It’s hard to explain; it has to be experienced. The most common reaction is ,wow.'”
Jeremy Bigelow 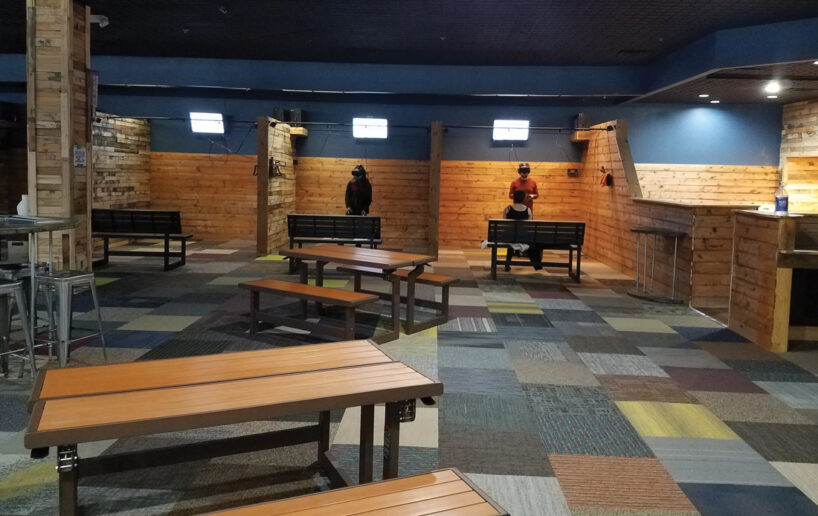 Richie’s Plank Experience is the free virtual reality (VR) demo offered to all newcomers at The Sandbox Virtual Reality Arcade – a place full of amazing experiences. If you’ve ever dreamt of taking a spacewalk, climbing Mount Everest, being a prize fighter or you relish the thought of taking on a horde of zombies, the arcade can make it happen. “It’s total immersion in another world,” says Co-owner, Jeremy Bigelow. “It’s hard to explain; it has to be experienced. The most common reaction is ‘wow.’”

Bigelow and business partner, Miles Zimmerman, opened The Sandbox in Flint Township in 2017 to fill a niche and to offer new experiences to the people of Genesee County. “Years ago, I was looking for a new way to spend time with my 15-year-old son and we thought of virtual reality. We couldn’t find any place to rent it in the area, so I decided to bring it here myself,” says Bigelow.

The Sandbox offers over 100 games and experiences, any of which can be played solo or with friends and are available for all ages. “The younger kids can have a hard time with the VR helmets, so we have projection games for them to play and enjoy,” says Bigelow. “We also have VR games for younger kids such as “Fruit Ninja” and others. We are family-friendly and have had groups with three generations playing together.”

Some of the more popular games available (single or multiplayer) are “Job Simulator” (goof around in the office), “Arizona Sunshine” (zombies), “Thrill of the Fight” (boxing) (quite the workout), “Smashbox Arena” (multiplayer battle) and more. Customers rent playtime, so they can enjoy as many games as they want in the amount of time purchased. All players must sign a waiver before engaging in any Sandbox experience.

Included with the games are VR experiences such as climbing Mt. Everest, taking a spacewalk, riding along on Apollo 11, or an undersea adventure. “The experiences are perfect for non-gamers,” adds Bigelow. “Some of our older customers really enjoy the experiences we have to offer.” And, with Google Earth, anywhere on the planet can be explored virtually. “Using Google Earth, a person can explore a model of a street or city. For example, we recently had a woman in her 60s who grew up in Italy. I took her to the street where she once lived and she couldn’t believe it,” he says. “She became very emotional. I took a gentleman back to the port where he was stationed in the Navy years ago and he was amazed.” 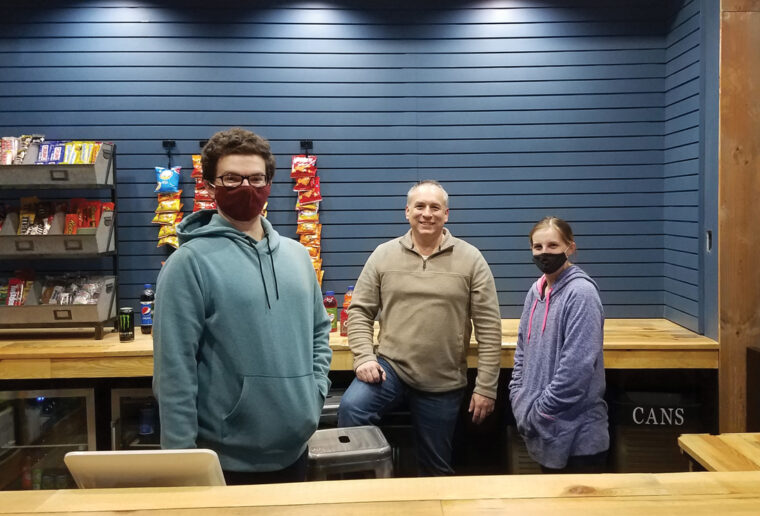 “In gaming terms, a ‘sandbox’ is a world without limits or boundaries. Our goal is to bring that concept into the real world.”
Jeremy Bigelow

After a slow rollout, VR has really taken off and recently, The Sandbox moved to a larger location at the Genesee Valley Mall, the space previously occupied by the American Fun Center. “We needed more space to accommodate everyone who wanted to play,” explains Bigelow. “Now, we have more VR stations and room to expand to other experiences.” Soon, The Sandbox will offer a multiplayer VR arena, as well as in-depth VR racing games. 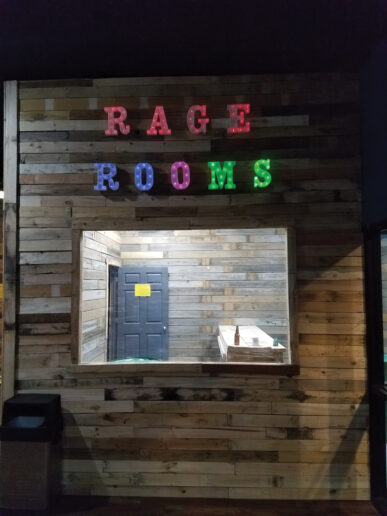 Just added is a new experience that has already become a smash hit – literally. “We opened our Rage Rooms in mid-December and they’re gaining popularity, especially with women,” says Bigelow. A rage room is a place created for a controlled release of angst or frustration. Customers choose from several different rage packages (“purges”) and are let loose with a weapon of their choosing to break and smash as many things in the room as they are allowed – with restrictions, of course. The small purge package includes a plethora of small glassware and items to demolish; as the package size increases, the items get bigger and more satisfying to wreck. Large items include printers, computer towers and large monitors. “Nothing flammable or explosive is ever allowed and although outside objects are allowed with some packages, we have to approve every object,” stated Bigelow. Customers can also purchase “special” items to add to the room – perhaps a set of china or a large crystal vase. If there is a particular item at home that a customer would like to obliterate, they may select the “self-purge” package and, after approval by The Sandbox staff, can spend their time blasting away at it. There are also “break-up” and “divorce” purges for when you really want to get over that broken heart. 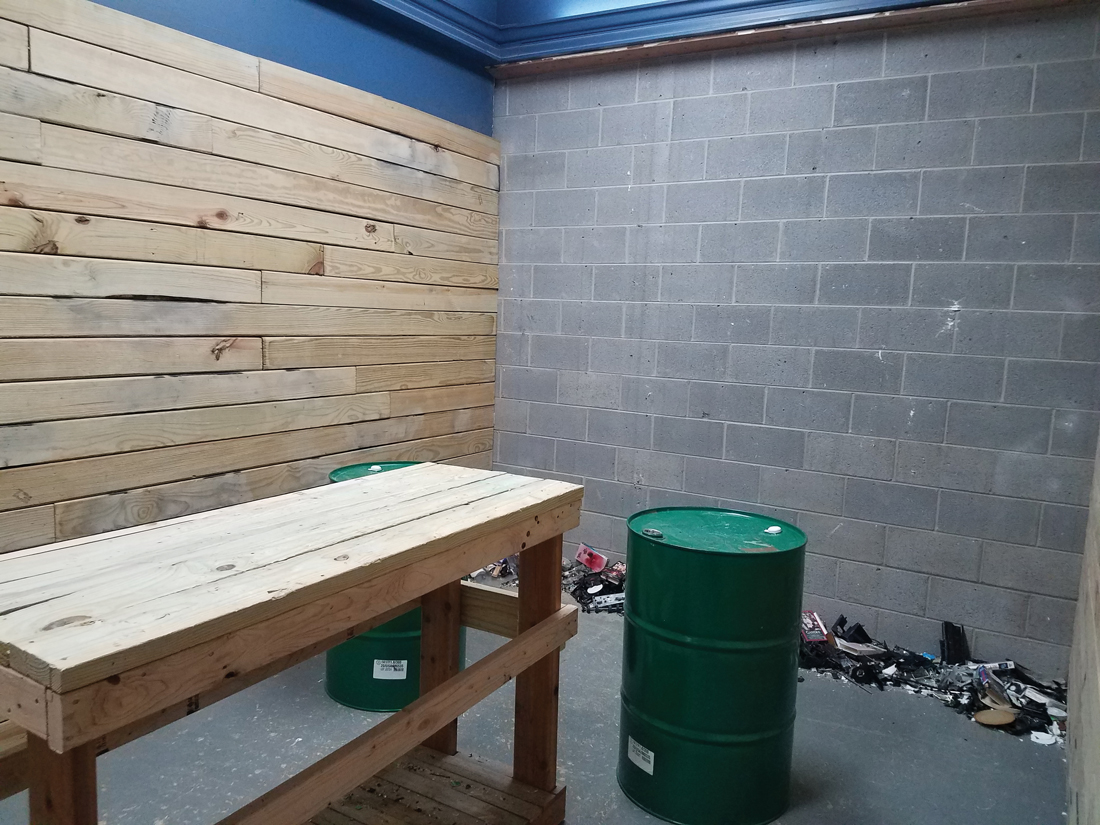 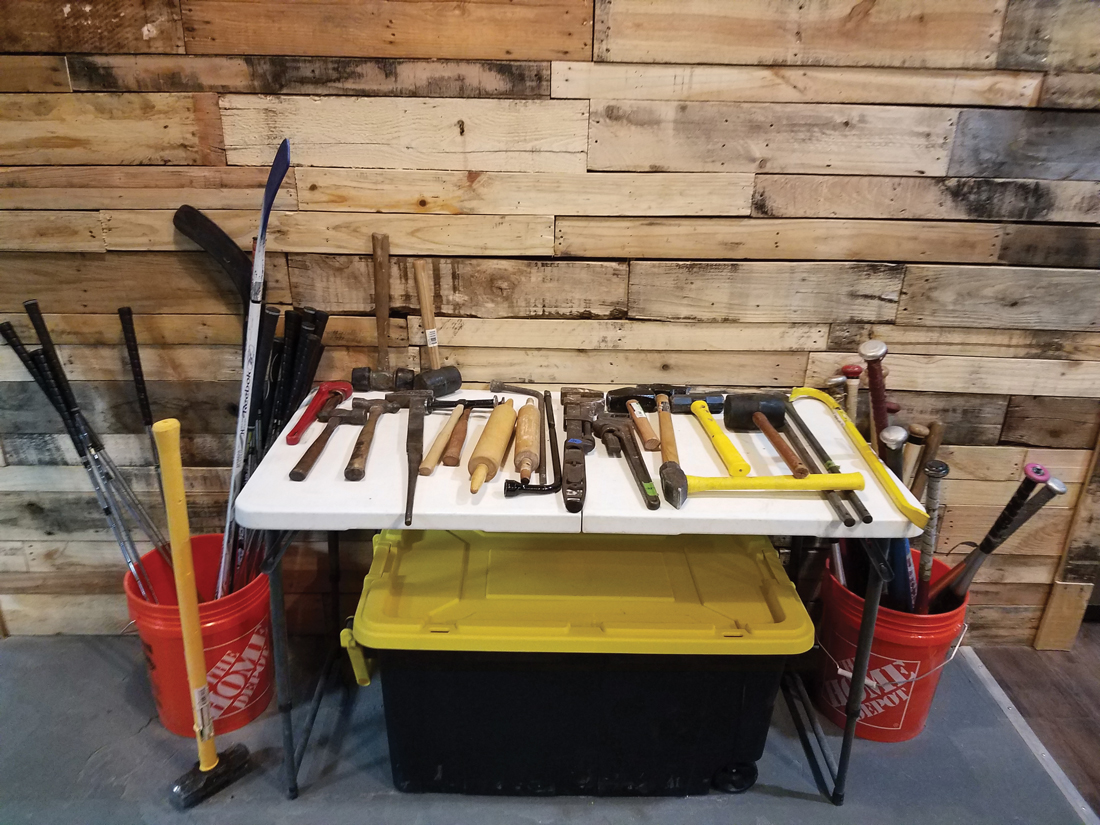 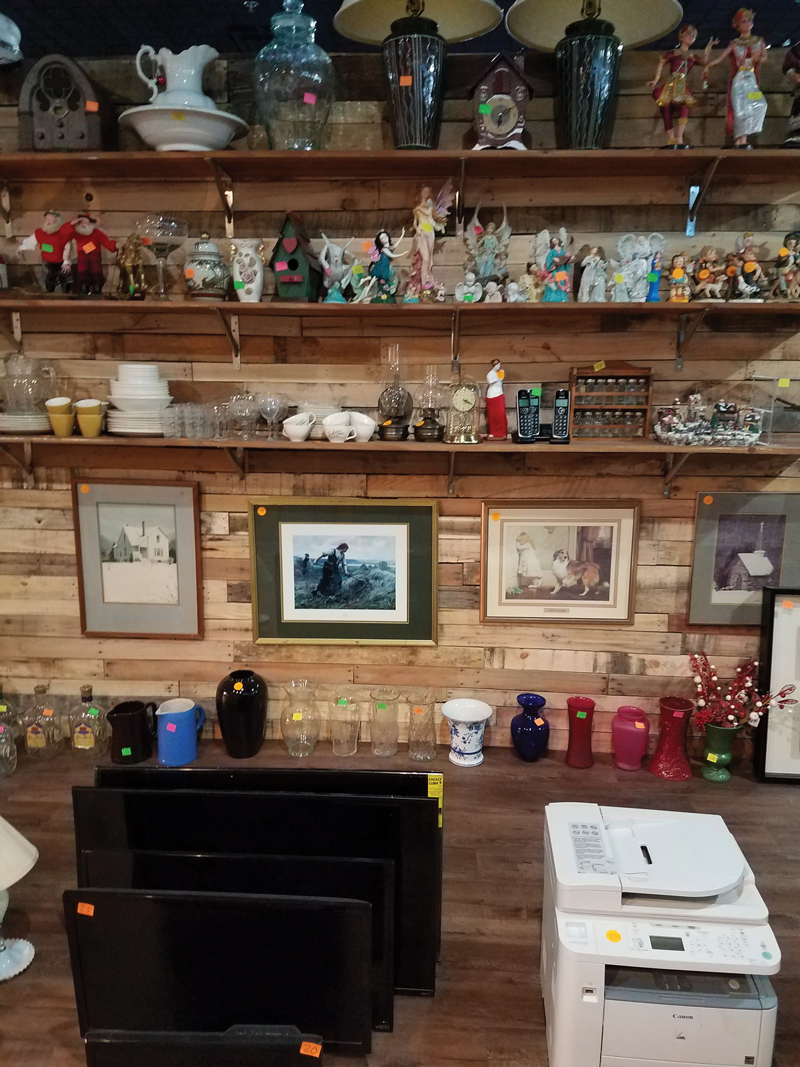 “We make sure that the experience is as safe as possible,” adds Bigelow. “Purgers” are supplied with a paint suit, headgear, thick leather gloves and a weapon of choice: golf club, bat, wrench, rolling pin, hammer, tire iron to name a few. “We go over the rules before they are allowed to begin. For example, they must be wearing close-toed shoes and are not allowed to hit the floor, walls or ceilings,” explains Bigelow. “Then, we let them have at it. It’s usually over pretty quickly, but I have seen a few take their time with it.” For rates and package details, visit thesandboxvra.com.

The Sandbox is open Mon-Thurs 11-9pm, Fri-Sat 11-10pm and Sun 12-7pm. Appointments are recommended – visit thesandboxvra.com or call 810.715.9791 to reserve a station or room. Birthday party packages, military and senior discounts are available.

For those seeking something different or who may want to release a bit of steam after surviving a stressful year, The Sandbox VR Arcade + Rage Rooms can be just the place. “In gaming terms, a ‘sandbox’ is a world without limits or boundaries,” says Bigelow. “Our goal is to bring that concept into the real world.”