My City Magazine spent a beautiful fall day wandering the streets of Little Bavaria in search of a place that may be unfamiliar to people in the surrounding areas. And we found it! Michigan’s Own Military & Space Museum located on Weiss Street is the state’s only museum devoted to the wartime experiences of Michigan men and women. According to Executive Director John Ryder, the museum was the brainchild of Stan Bozich, who grew up in the Detroit area just after the Second World War. Stan was fascinated by the soldiers returning home from the war, and spent hours walking up and down alleys in search of someone to talk to about their experiences. “He was very interested in personal stories,” says John. 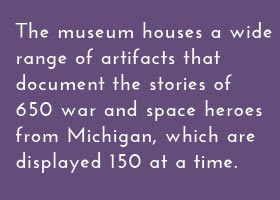 Stan was determined to create a place to tell the stories of Michigan’s military and space heroes. He opened a small museum in the basement of Frankenmuth’s School Haus Square building on Main Street in 1980. Then in 1985, Stan obtained a grant from the State of Michigan to purchase the two-acre parcel of land on Weiss Street where the museum stands today. With the financial support of local businesses, families and veterans groups around the state, a building was erected and in 1987 the museum’s collection moved into its permanent home, which has since been expanded. 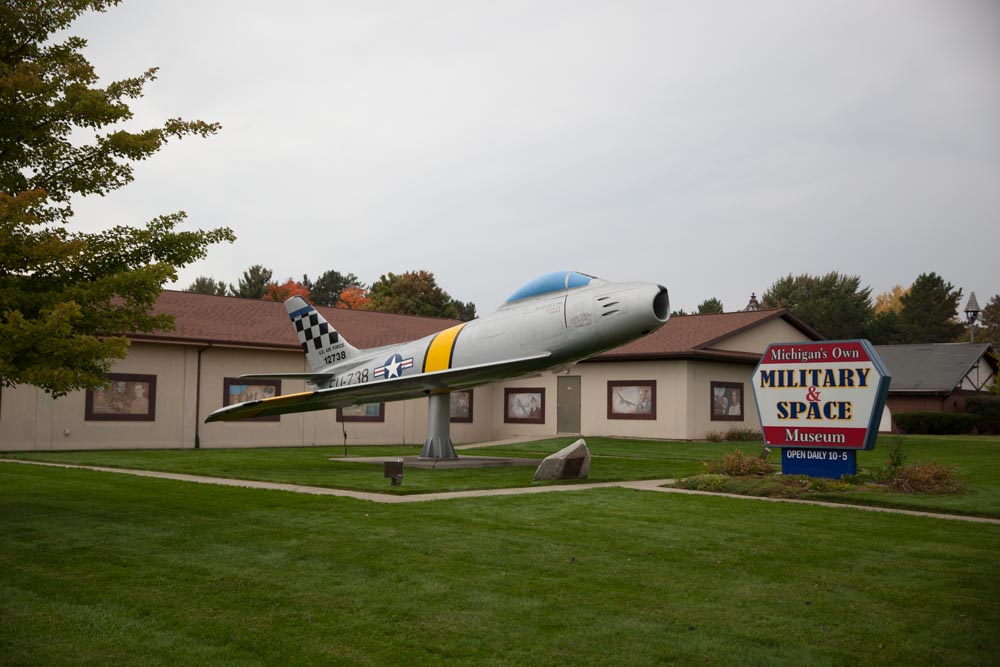 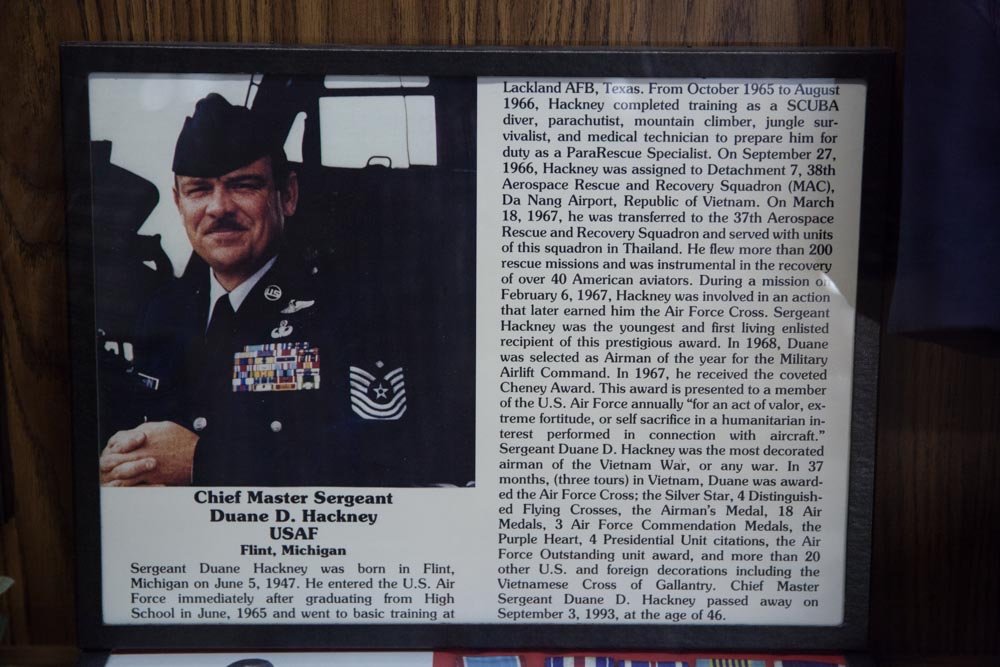 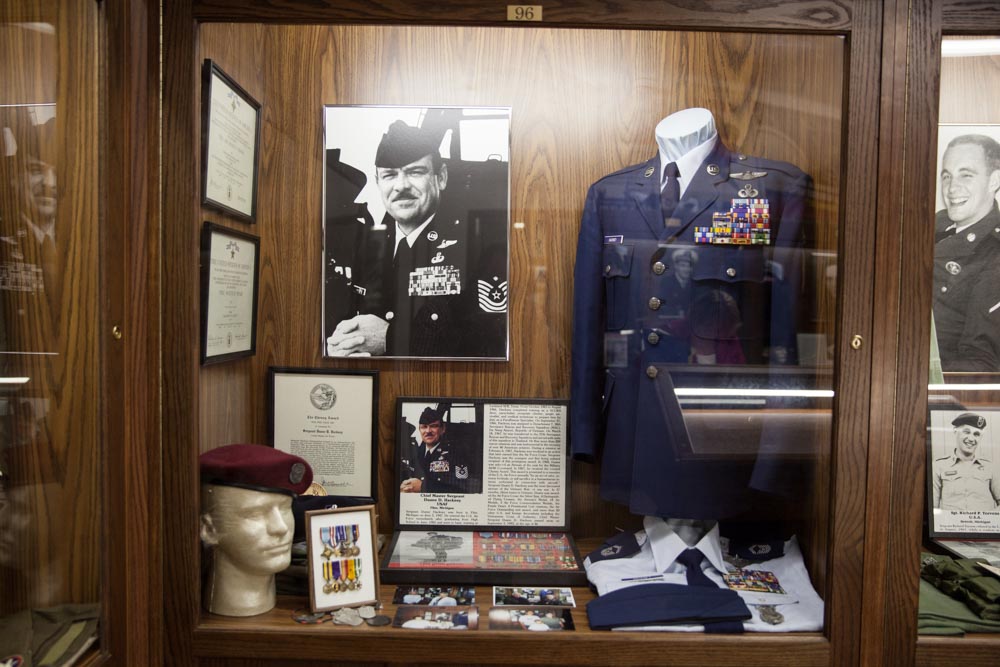 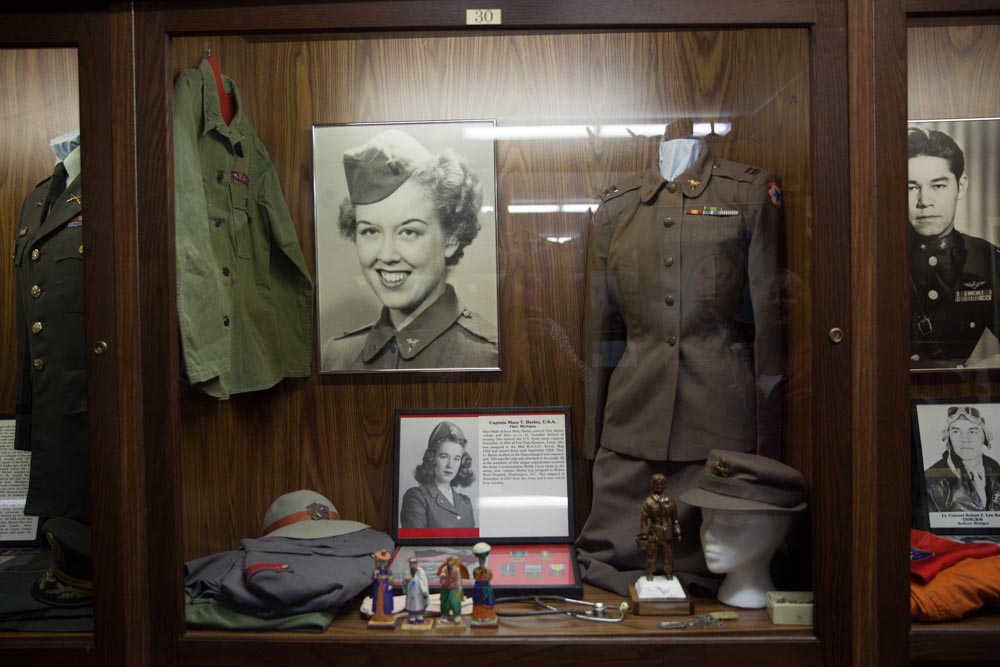 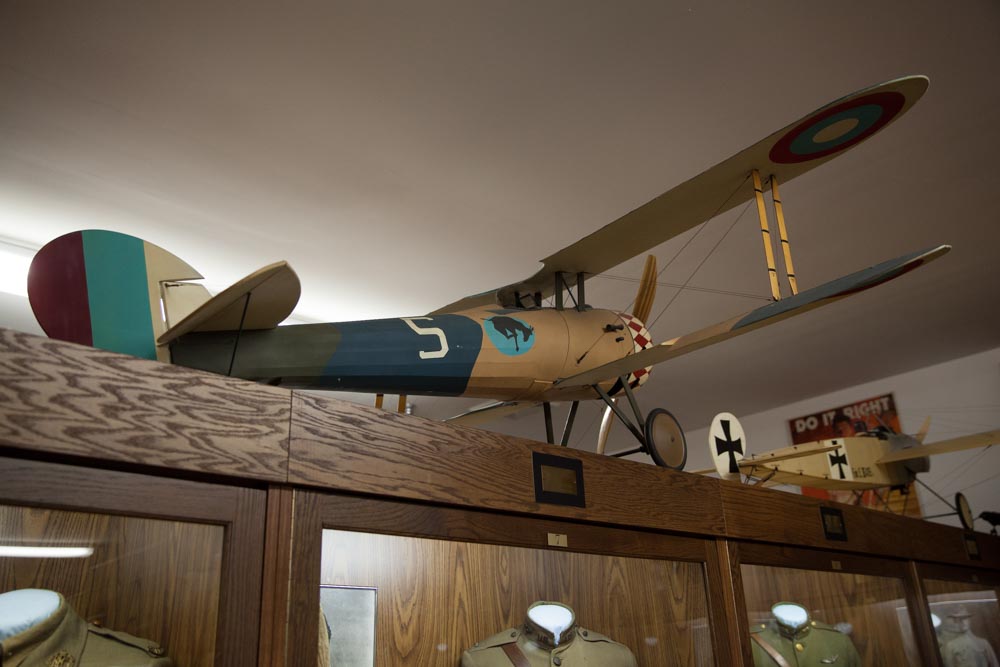 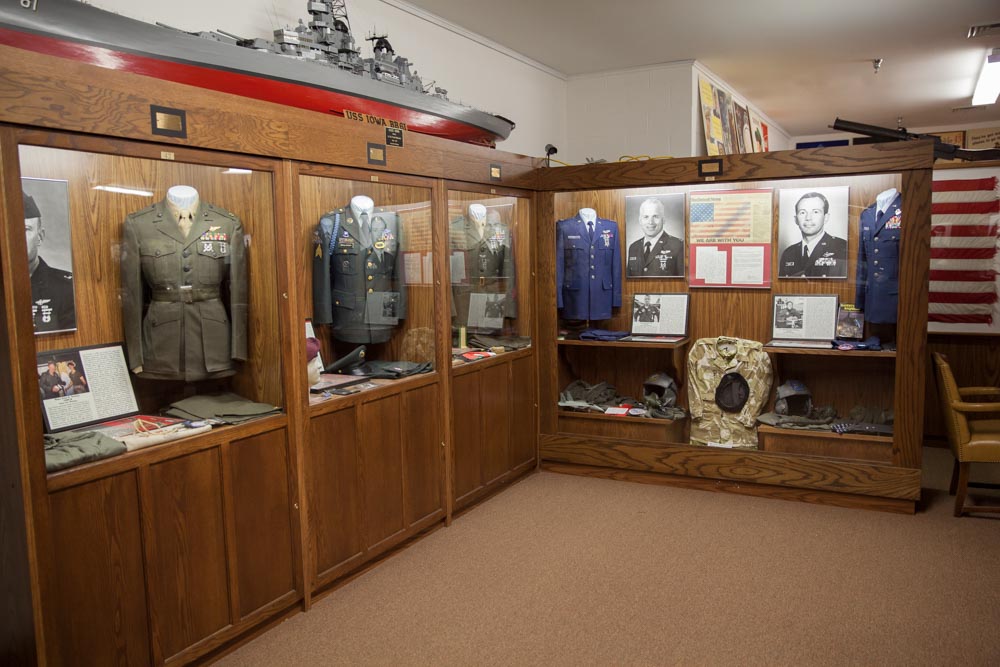 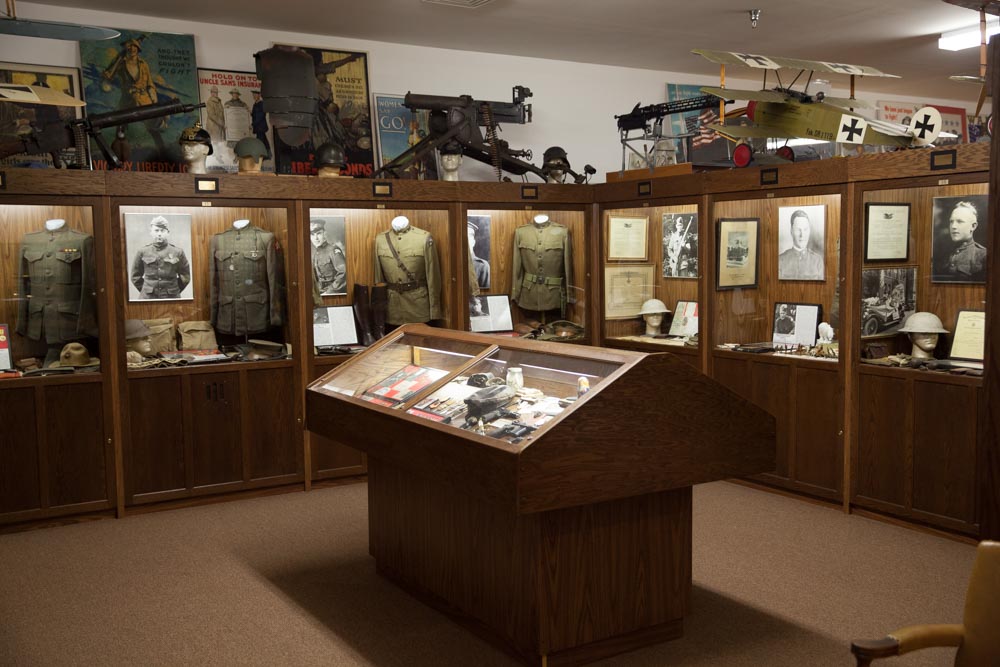 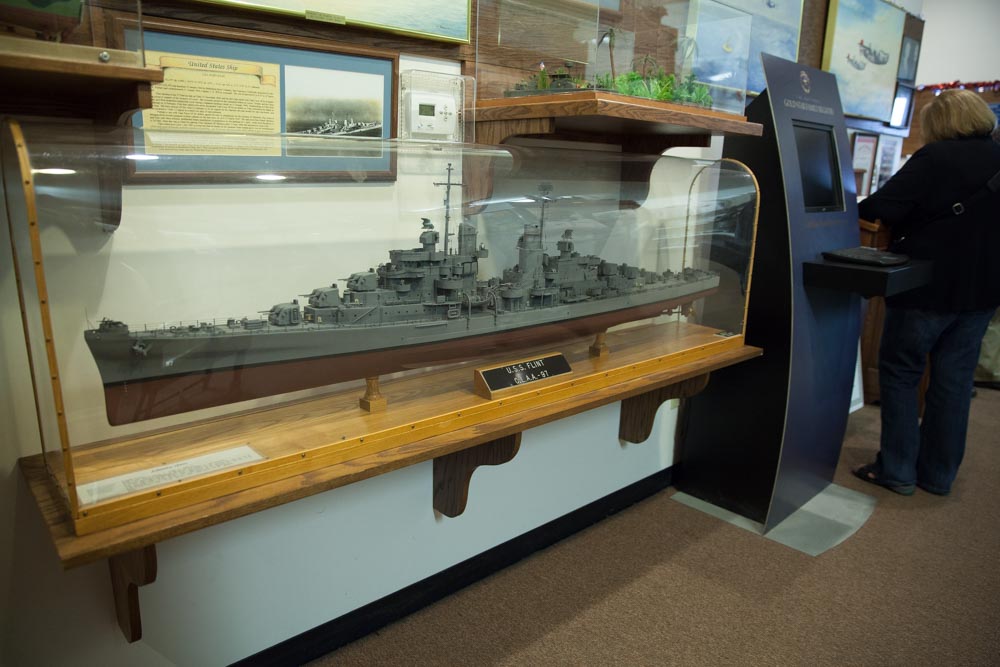 The museum houses a wide range of artifacts that document the history of the Michiganians who served during seven foreign wars. “You will find 650 stories of war and space heroes from Michigan, which are displayed 150 at a time,” says John. Professionally curated displays showcase a rich collection of personal and historical artifacts and archives that allow the museum to share extraordinary stories of service and sacrifice. Each glass showcase contains a written story, photos, uniforms and memorabilia of each hero. The story of the Polar Bear Regiment of World War I, 90 percent of whose soldiers hailed from Michigan, is on permanent display. In one gallery you will find Michigan governors who served in the military such as Gov. Fred Green, who served during the Spanish-American War. One room is also dedicated to the stories of Michigan astronauts. “There are so many amazing stories here!” exclaimed John.

On Trip Advisor’s list of Frankenmuth attractions, the museum is rated No. 4 and one review says this about it: From the outside this museum looks quite small and one might not expect exactly how much history is obtained within. Showcases tell the story of modern armed conflict and space exploration on the human level of combatants and astronauts who hail from Michigan. Reading through and looking at each showcase as the story of one person is haunting and awe inspiring. A must-see on any trip to Frankenmuth. Patriotic and historical; an excellent learning opportunity.

Take a drive to Frankenmuth and experience this hidden gem for yourself. You will not be disappointed! ♦