From its very beginning, Kettering University has been a unique institution. “We are different from most other universities,” says University President, Dr. Robert K. McMahan. “Since its founding, Kettering has treated real world practice as equal to classroom learning.” Kettering students spend just as much time at internships gaining hands-on experience as they do behind a desk. It is this style of learning, and the school’s unwavering support of it, that has helped gain Kettering its remarkable reputation across the nation as a trusted source of business and STEM professionals. Its unique style of education has also led to a surprising result. “Business in the real world works by collaboration,” explains McMahan. “What we noticed is that our students were bringing collaboration back from their own real-world experience. We had an idea and began to experiment with space to continue fostering the behavior. It was a hit.” 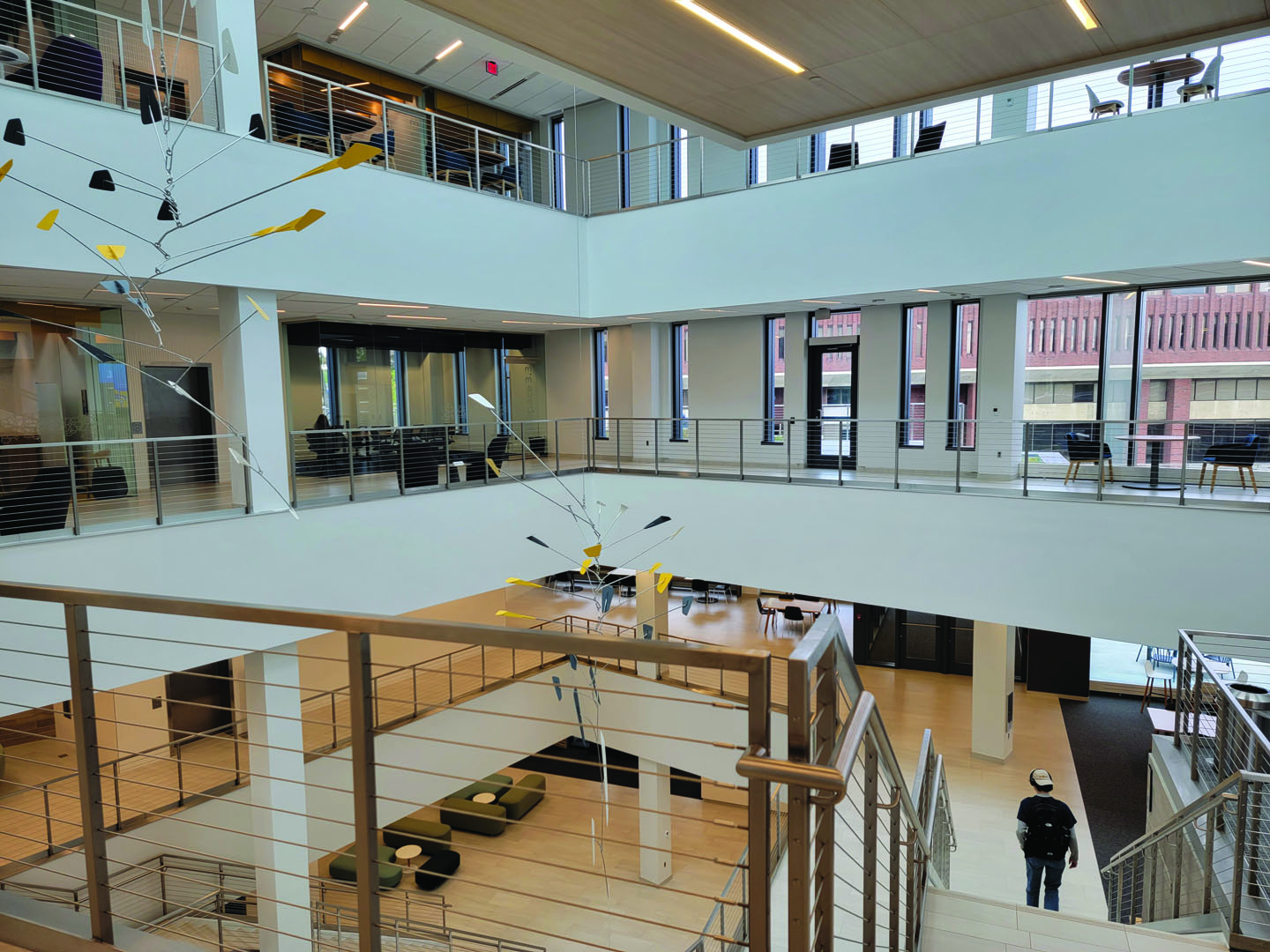 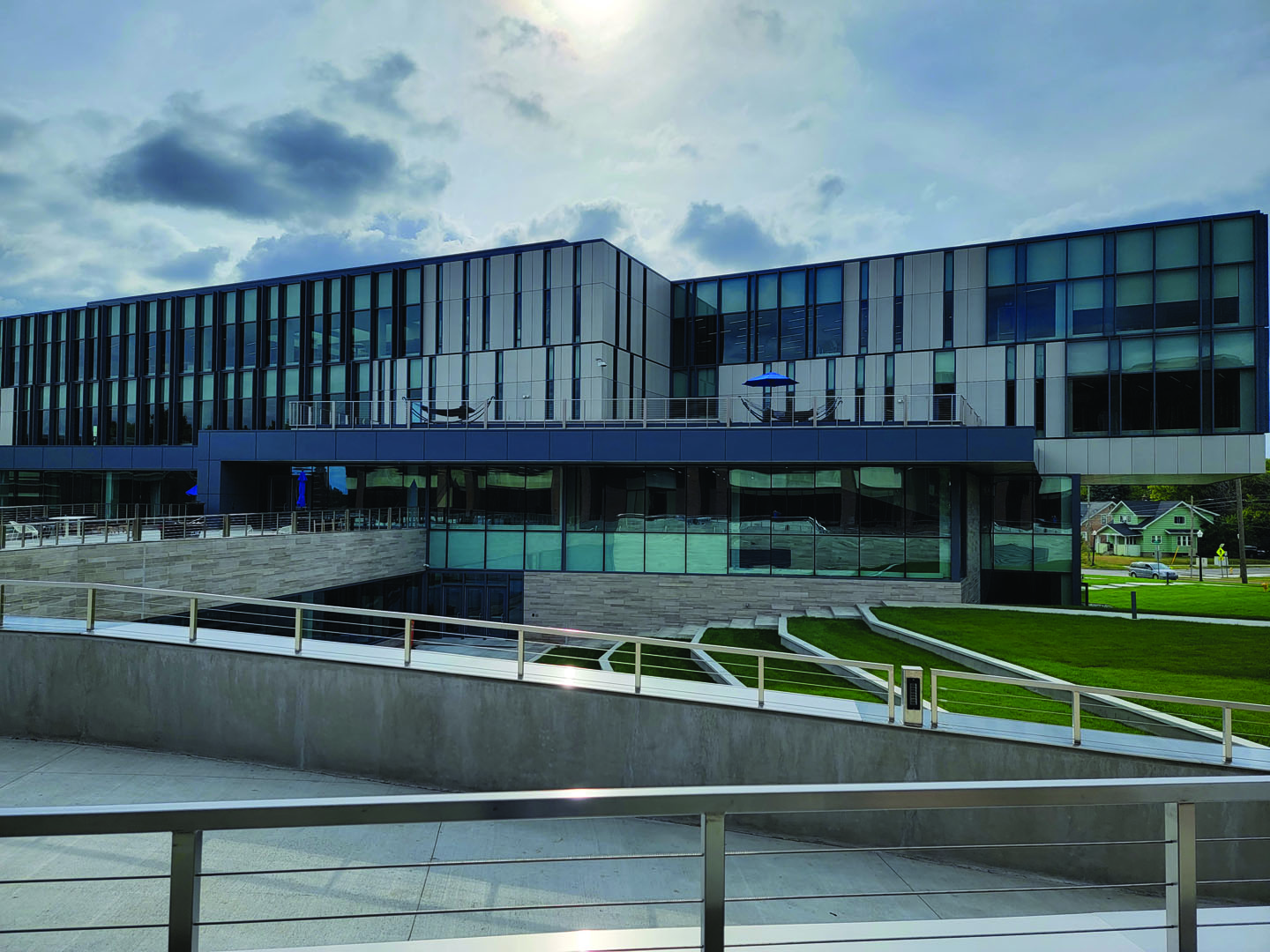 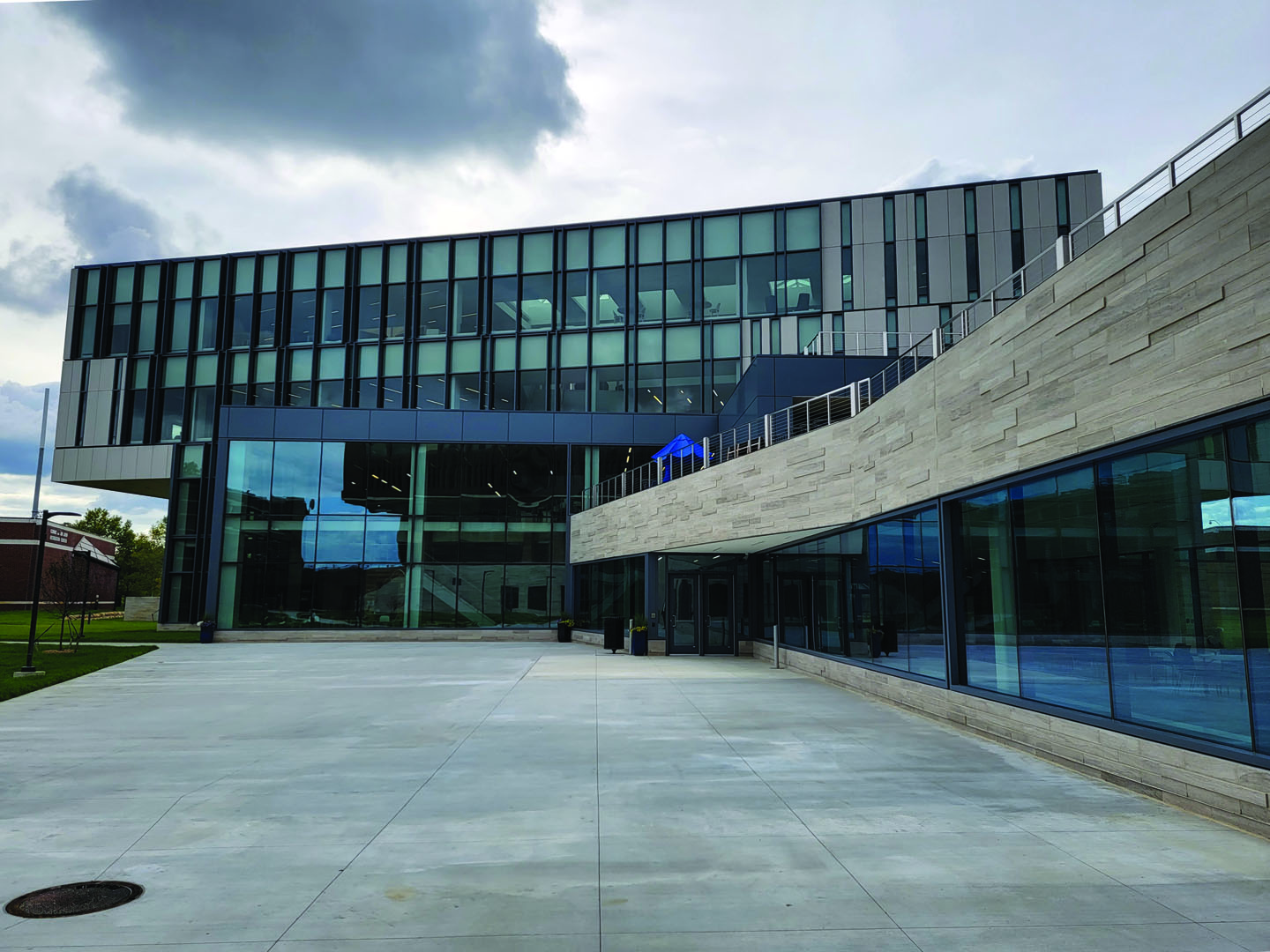 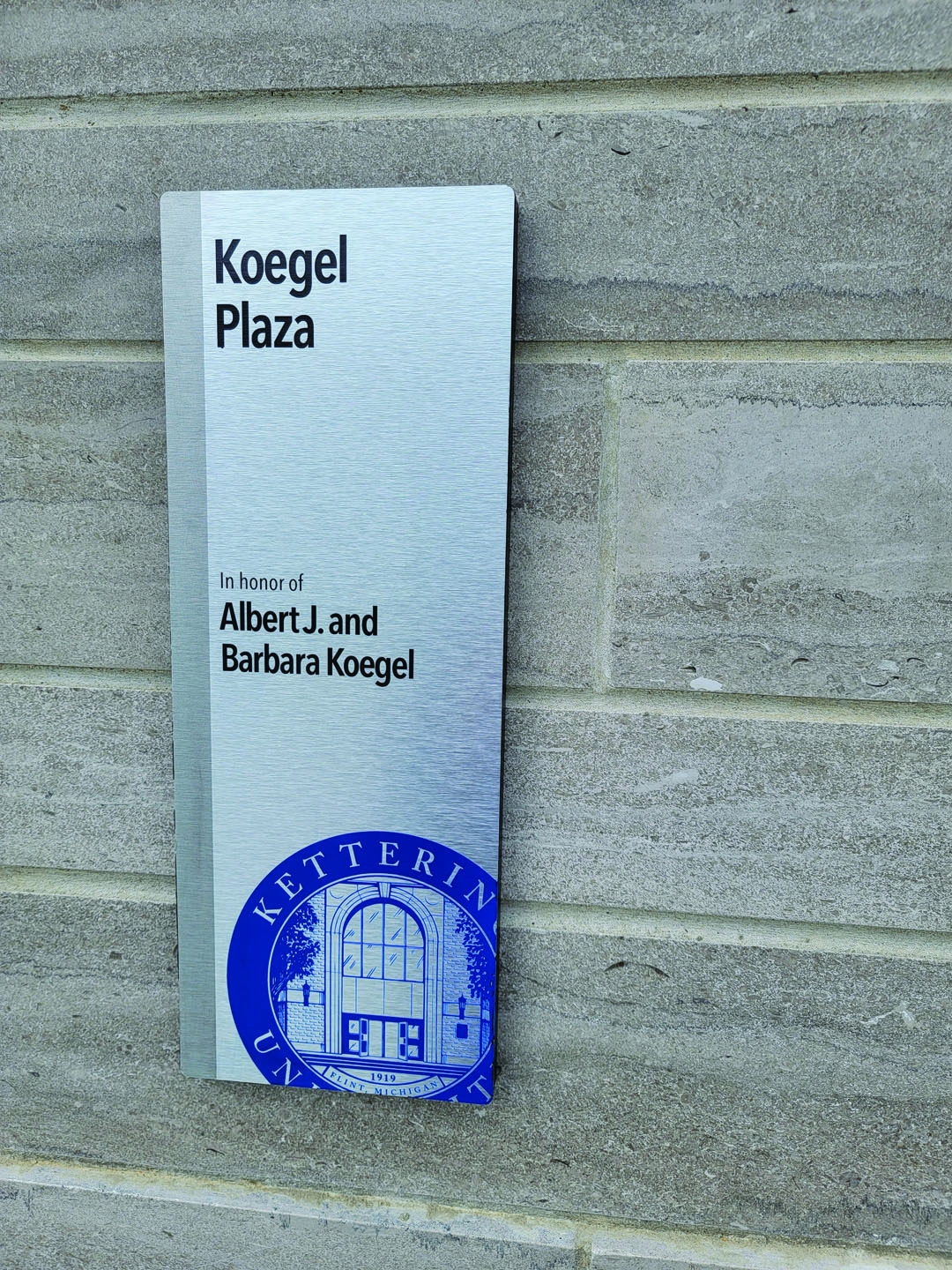 In 2016, Kettering began experimenting with a concept called a d.space. Started at Stanford University, a d.space is an area built entirely for students to meet, collaborate and work together to solve complex problems or complete projects. A standard d.space comes equipped with nearly everything needed for success including whiteboards, seating, electronic connectivity and Wi-Fi, monitors and other tools. Each space can be set up differently, with the common feature being one transparent wall that allows others in the building to see collaboration taking place. “We began to set up d.spaces in our other buildings to see how students responded,” says McMahan. “They were extremely popular and that got us thinking about how to expand on the concept.” The idea for the new Kettering Learning Commons was born.

I am truly proud of what we have done with the Learning Commons and I do believe that it is exceptional.
Dr. Robert K. McMahan, President

“We went into the design of the building differently,” McMahan explains. “Instead of asking what the building needs to provide for students, we asked what behaviors we want the design to foster.” The answer was a facility that is unheard of throughout academia – a great leap forward in education. “The Learning Commons is unique in higher education. There is nothing like it,” adds McMahan. “The building is 105,000 square feet and contains no offices or classrooms of any kind.” Already, the building is making a splash across the nation. Kettering recently welcomed a representative from Tulane University in Louisiana to tour the building and is setting up dates for many others.

Instead of housing classrooms, the Learning Commons is based upon the idea of the d.space and provides 12 collaboration rooms in addition to other community areas. No two d.spaces are alike, so students can choose the one they feel most comfortable with as long as they follow the four rules of the Learning Commons:

“A space can be populated by a single student or a class full – it’s up to them,” says McMahan. As a sneaky little design feature, the building in nearly its entirety acts as a d.space. It was designed to provide sight lines to nearly every corner and paths were built to encourage collaboration. As a person walks throughout the building in any direction, they will circle past and see students working. 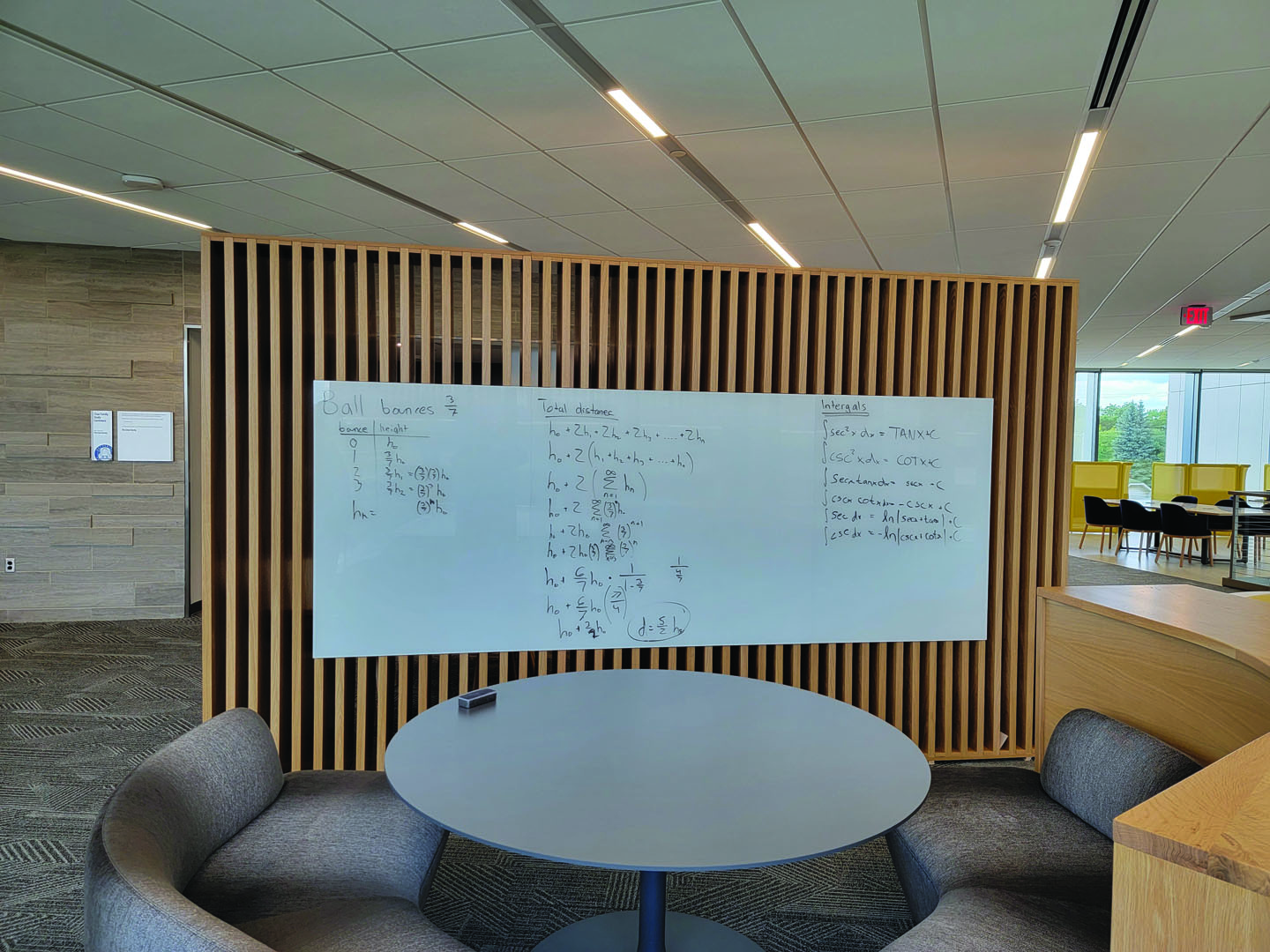 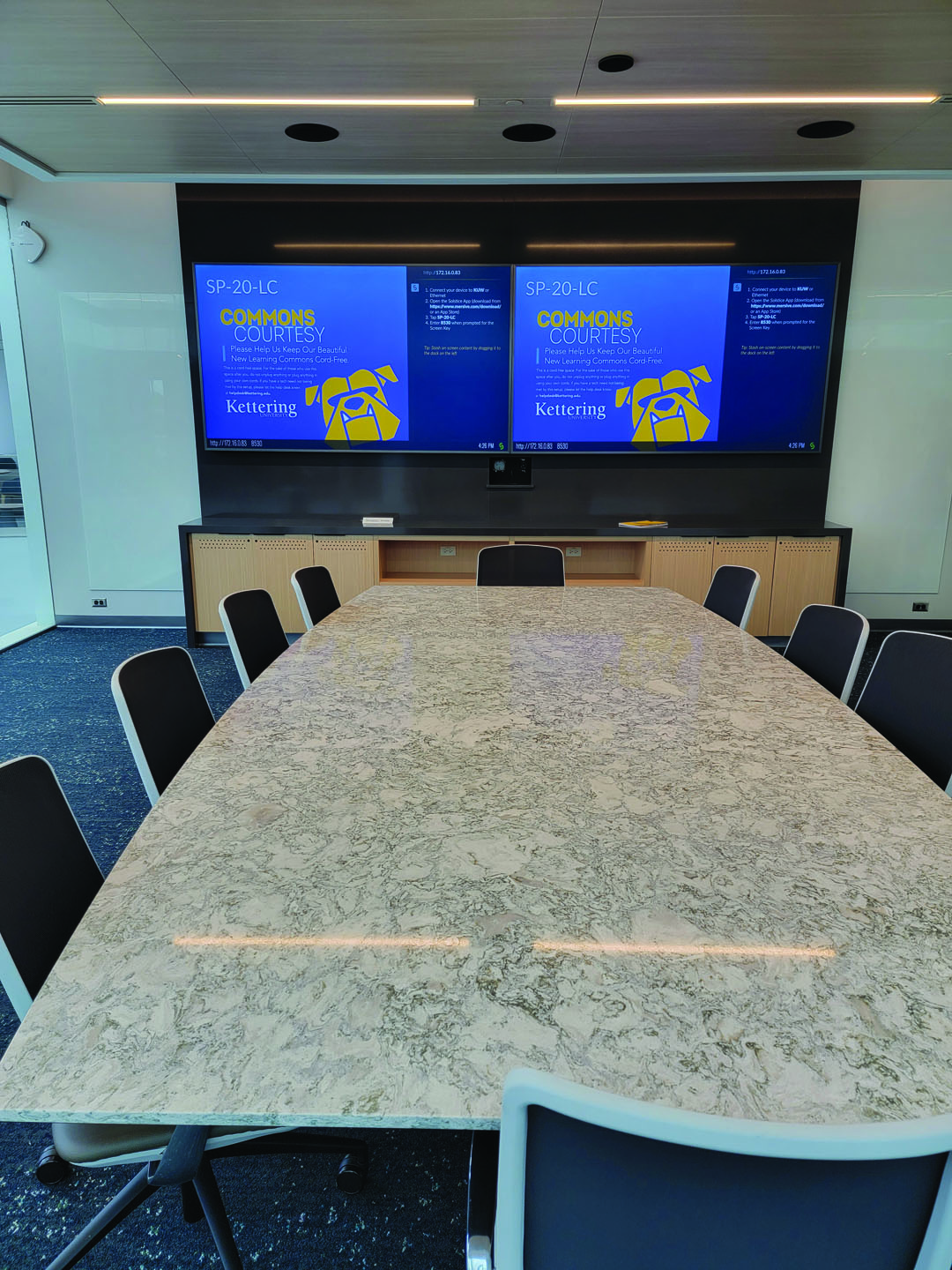 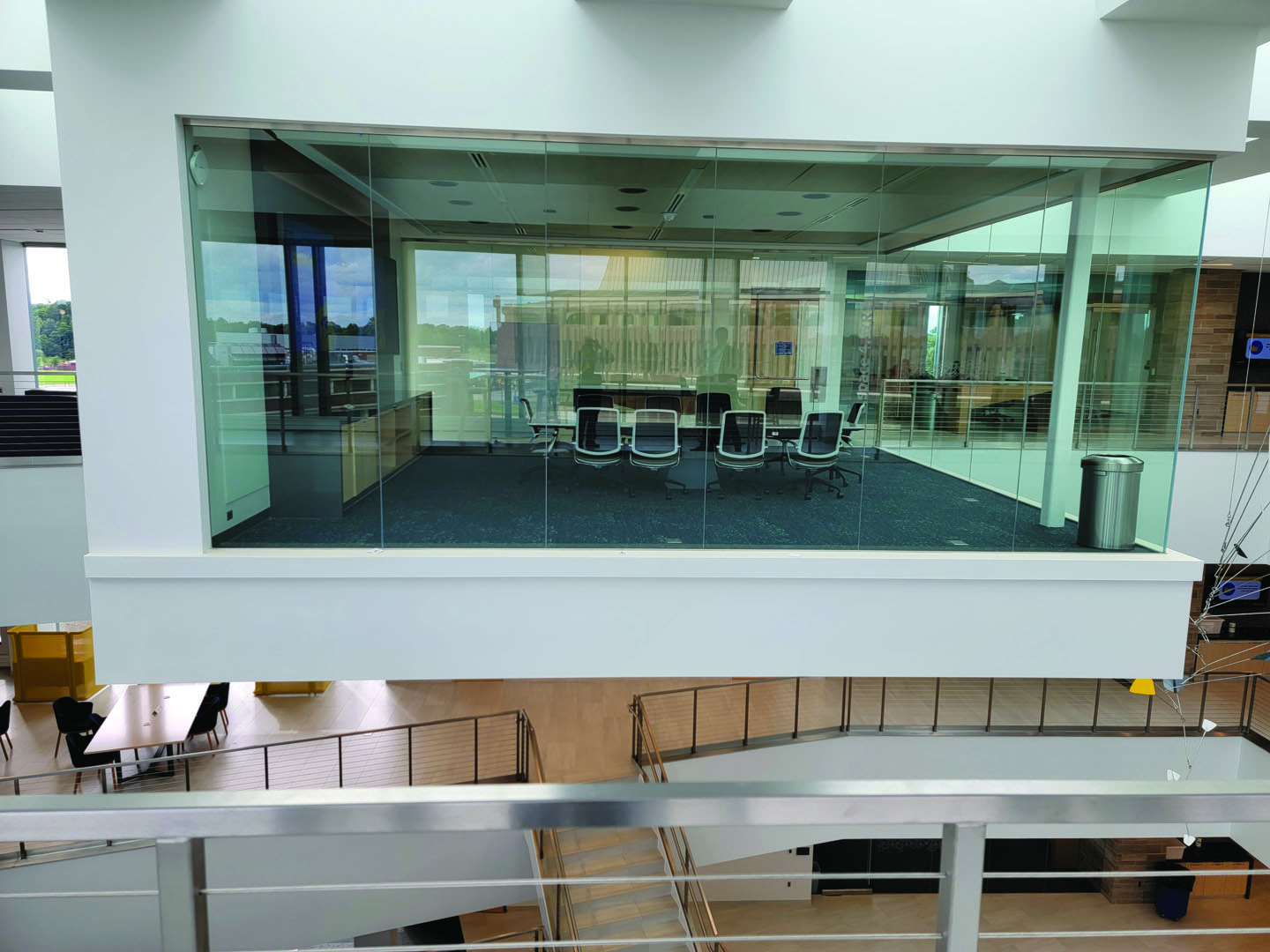 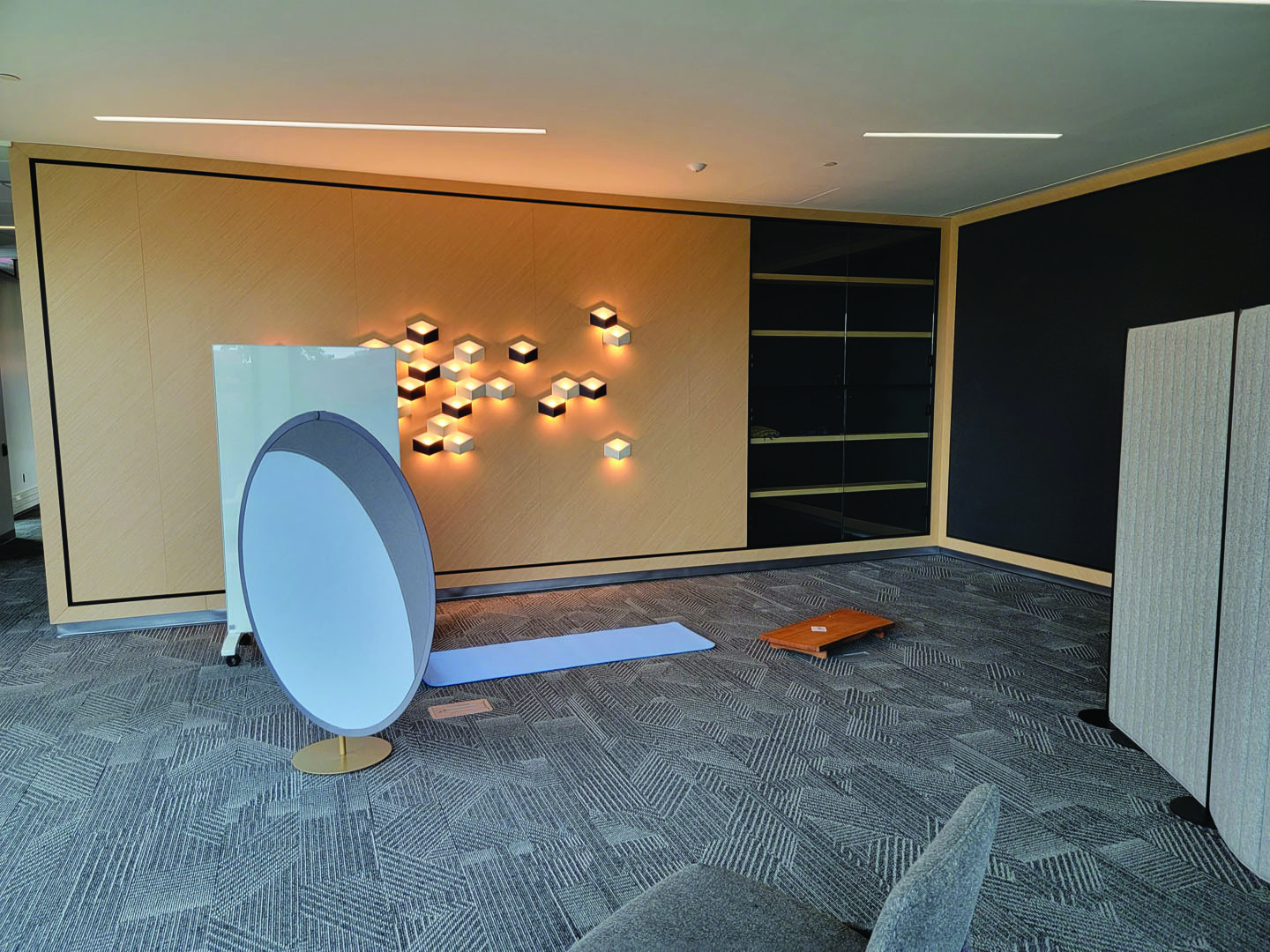 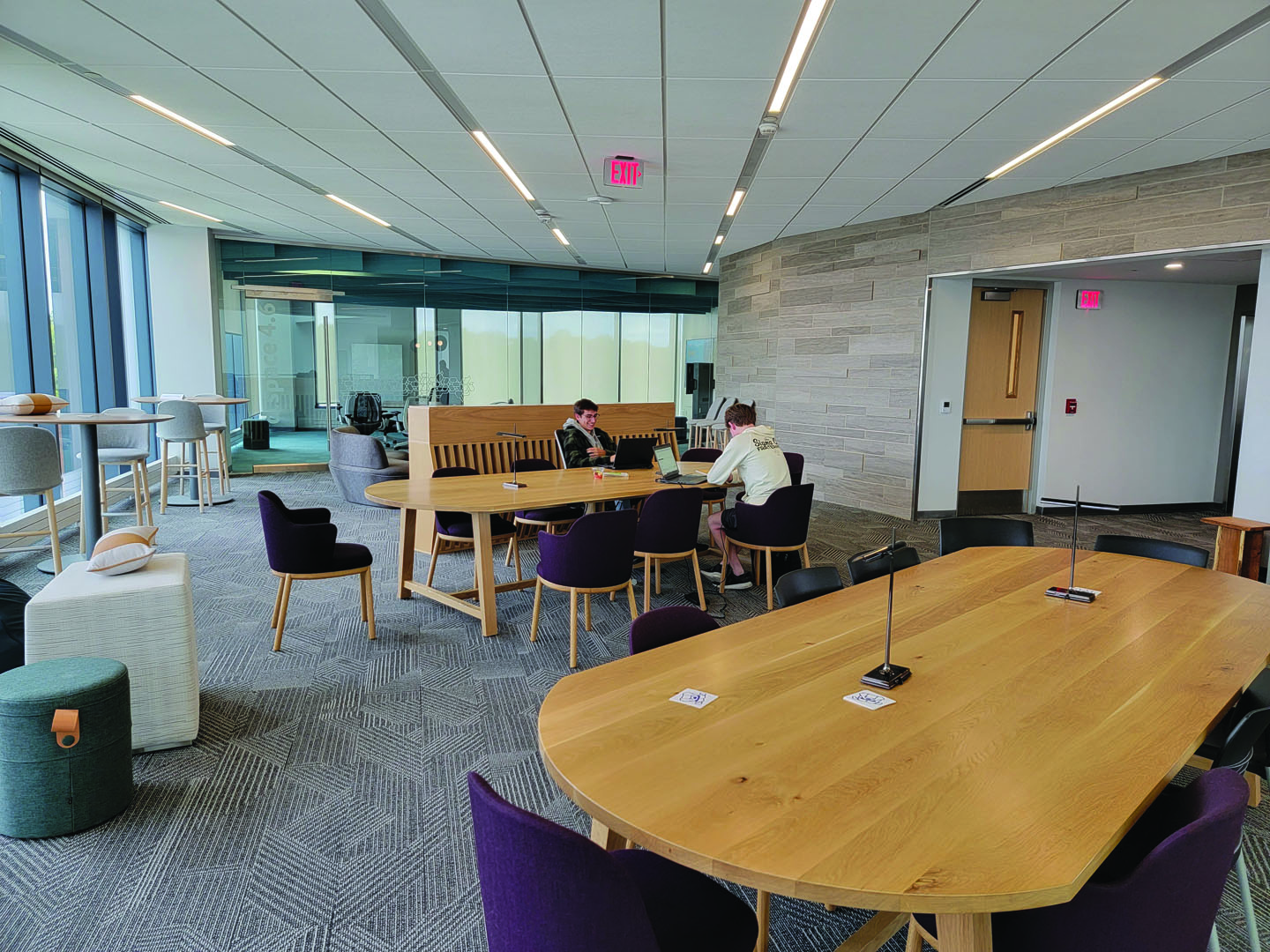 In addition to d.spaces, the Commons is host to Kettering’s library services. Dubbed “Knowledge Bars’’ the library operates digitally, providing students access to the most up-to-date journals. At the ground level, the Battenburg Café offers food services including brick-oven pizza. (The café has no tables or chairs; students have full mobility to eat wherever they wish.) On the second floor, the Great Lakes Coffee Company provides caffeinated energy. “When we first experimented with d.spaces,” adds McMahan, “students told us that they would stay there all day if they could get food. We listened to them, and food services are an important part of the Learning Commons.” The facility also features an outside terrace and auditorium, IT services, a maker’s space with all tools and components for fabrication and design, a kiva and an art gallery. There are only three spaces in the building without direct, line-of-sight transparency – the inside auditorium, reflection room and visiting guest suite. “The reflection room is a place where students can relax, do yoga and clear their minds,” explains Kettering Senior Communications Coordinator, Crystal Garcia-Tyler. “The guest suite is for visiting professionals or instructors and acts as a hotel room.” The guest suite is connected to the auditorium for ease of travel. The building is open 24/7 for students and they have freedom to work and collaborate in any area they wish. 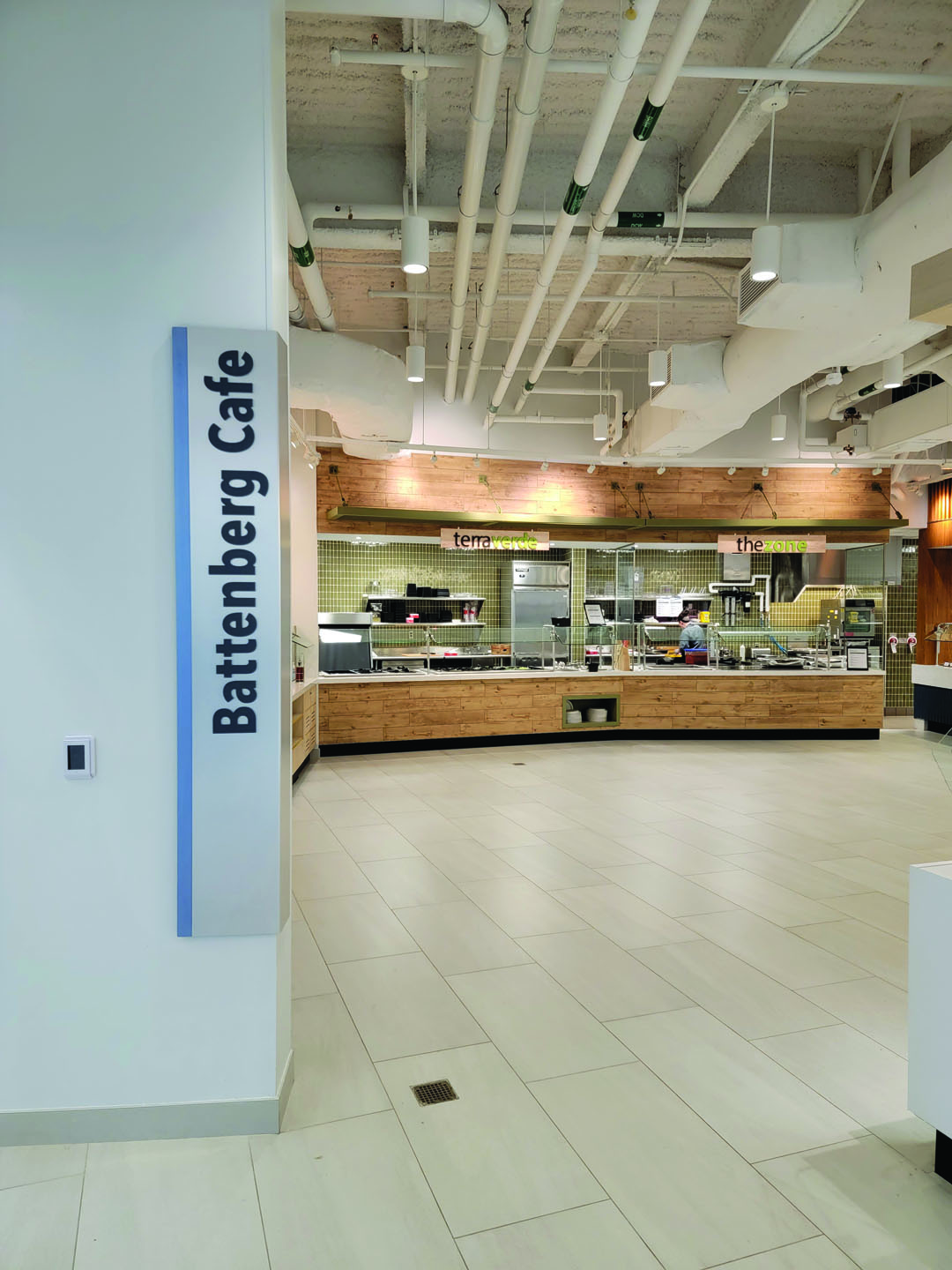 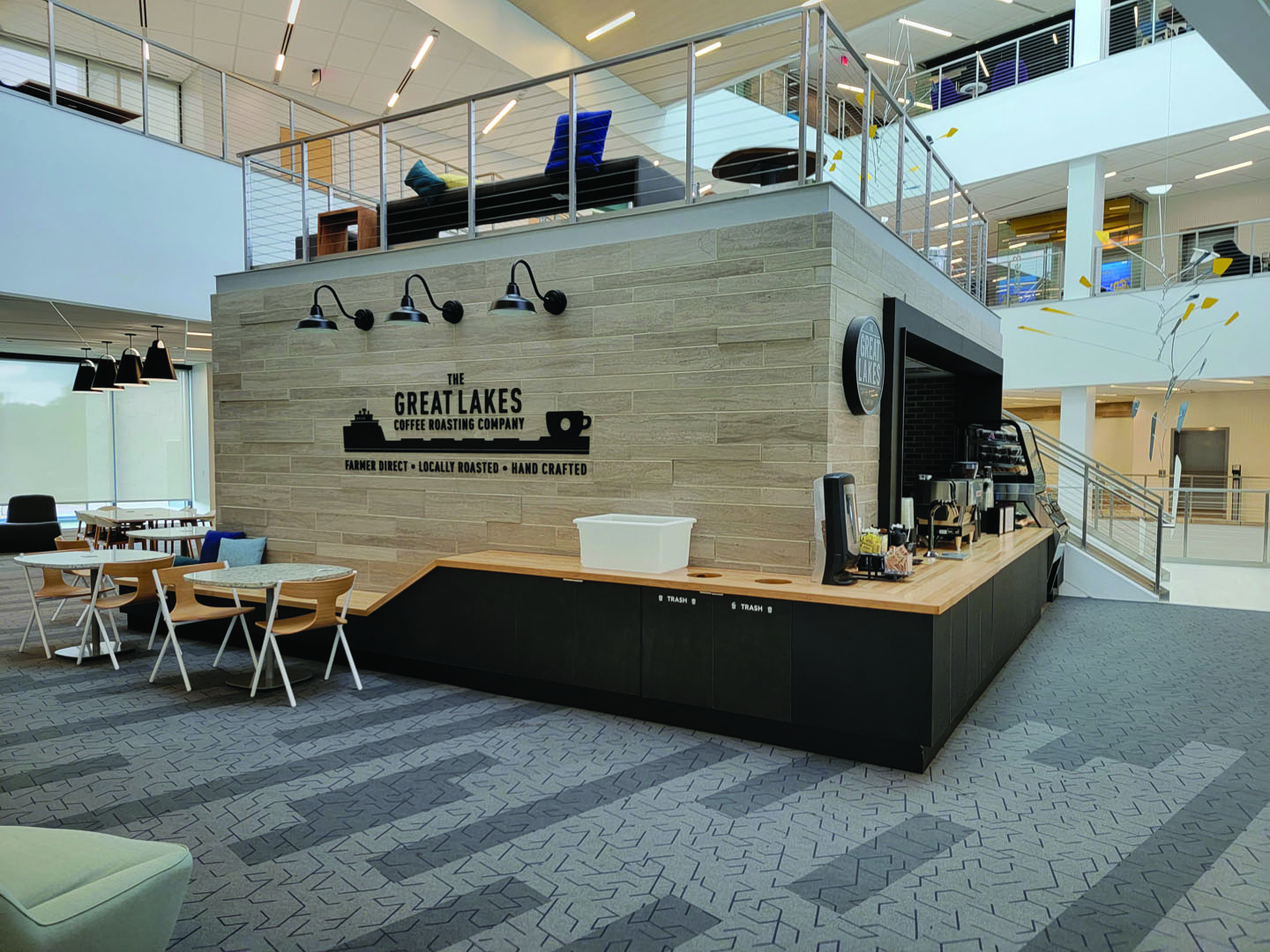 After two years in construction and $63 million spent (by way of donations and gifts), the Kettering Learning Commons is a space to behold. “You know, most university presidents feel that they have to be a cheerleader for their institution, no matter what. I’ve never felt comfortable with that,” says McMahan. “However, I am truly proud of what we have done with the Learning Commons and I do believe that it is exceptional.”