St. Clair Shores Falcons hockey coach, Jeff Jackson, had watched team captain, Ron Rolston, mature and grow both on and off the ice during his two seasons with the team. The teenager’s affinity for the sport, along with the manner in which he conducted himself, impressed Jackson and in the early spring of 1986, he felt the time had come to express that to the Fenton, MI native.

In the aftermath of the Falcons’ double-overtime loss in their bid for a second straight Junior A National Championship, an emotional Rolston began tearing up. Jackson approached and embraced him.

“I told him right then that I was going to be head college coach one day and that I wanted him to be my assistant,” recalls Jackson, now head coach at Notre Dame. “I recognized then what a great hockey mind Ron has and it was an easy decision to hire him when I did get that coaching job.”

Jackson is far from the only person who wanted Rolston to coach for them.

He has since served as an assistant at three other colleges, a head coach in the United States National Team Development Program and in the American Hockey League (one notch below the NHL), an NHL assistant, and finally, as an NHL head coach with the Buffalo Sabres.

However, one thing was still missing from Rolston’s resume as he pondered his next professional move last summer: coaching in the Olympic Games.

That blank has now been filled in.

On August 5, Rolston was named to the coaching staff for next month’s 2018 Winter Olympic Games in PyeongChang, South Korea.

“It was a little bit of a surprise when I received the call from (USA Hockey assistant executive director of hockey operations) Jim Johannson, because coaching in the next Olympics had not really crossed my mind, but what an honor to be involved in something like this,” says Rolston, who now lives in Springfield, Massachusetts. “This a dream position that I am very grateful for. It’s been an exciting opportunity.” 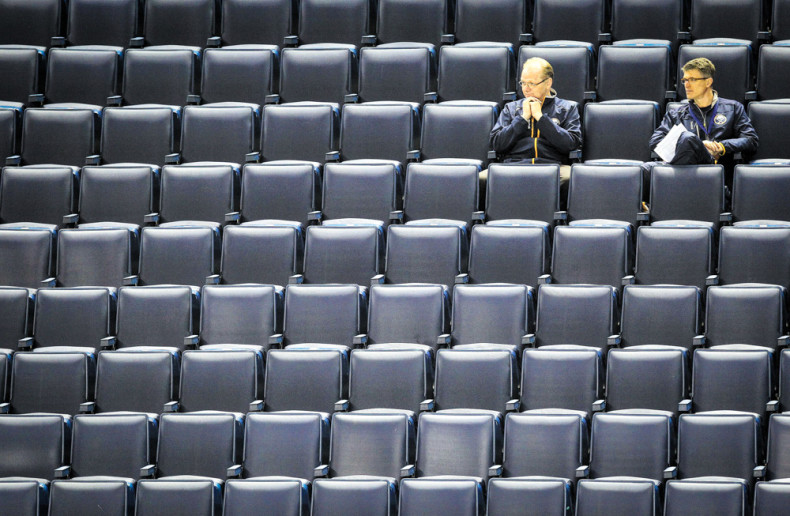 “Ron brings exceptional experience, knowledge and success to our coaching staff, particularly from an international standpoint” Johannson says. “He adds a dynamic to our staff that will be important in PyeongChang.”

This will be the first Olympics since 1994 in which NHL players will not compete, making the process of putting together a team more complicated. The final Olympic roster of 25 players will be drawn from those playing professionally in Europe, eligible AHL players and college standouts.

That means dozens of players are being evaluated, and the fact he is currently between full-time coaching jobs has put Rolston at the forefront of that effort.

In addition to traveling around the country attending AHL games, he helped coach Team USA during the Deutschland Cup tournament in Germany in November. The roster consisted of top Americans playing in Europe.

“The players we are looking at are spread so far apart, so the Deutschland Cup was the perfect chance to evaluate our European players and also see how we all gel as a coaching staff,” says Rolston, who is also serving as a volunteer assistant coach at Providence College this season. “I’m also scouting as many AHL and college players as I can and reporting back to the other coaches. This came at a perfect time for me, because I’m able to do a lot of scouting with Tony and the other coaches also busy in their current jobs until the end of 2017.” 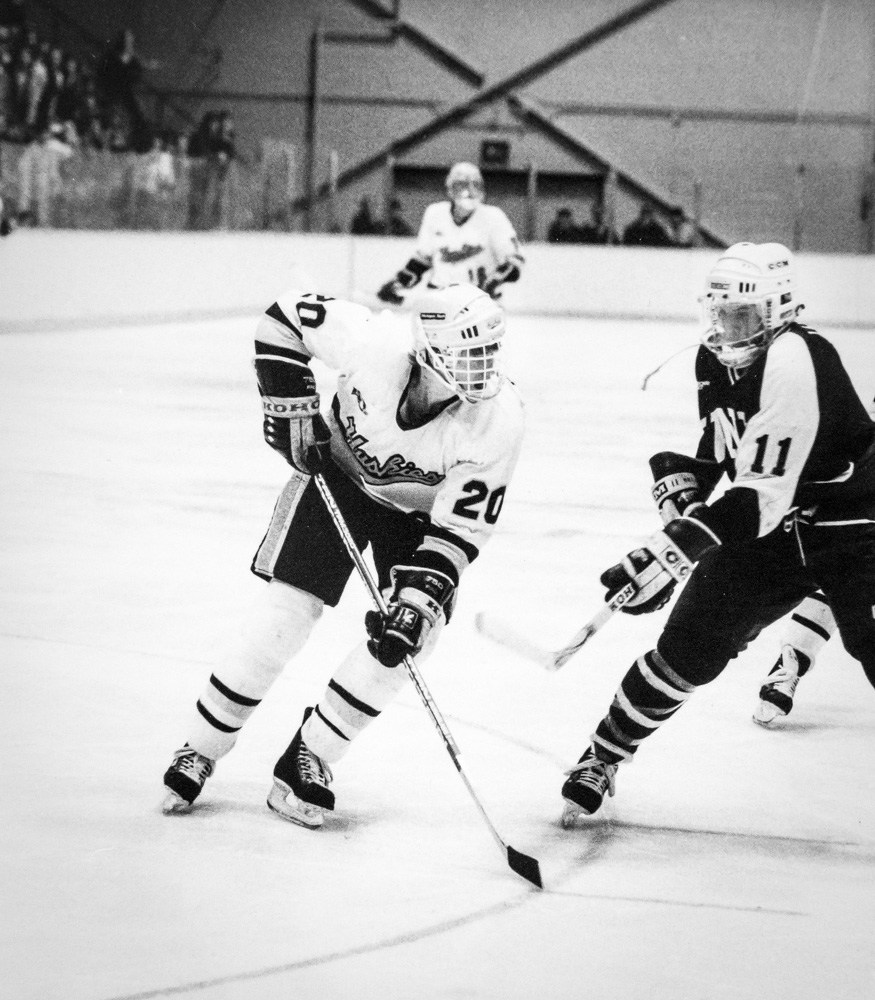 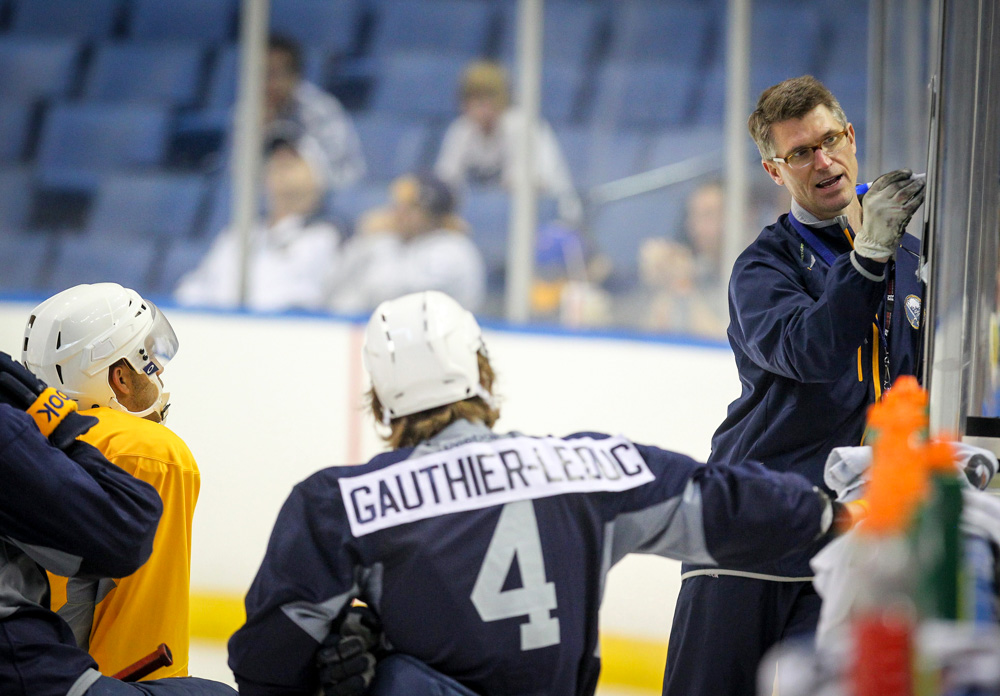 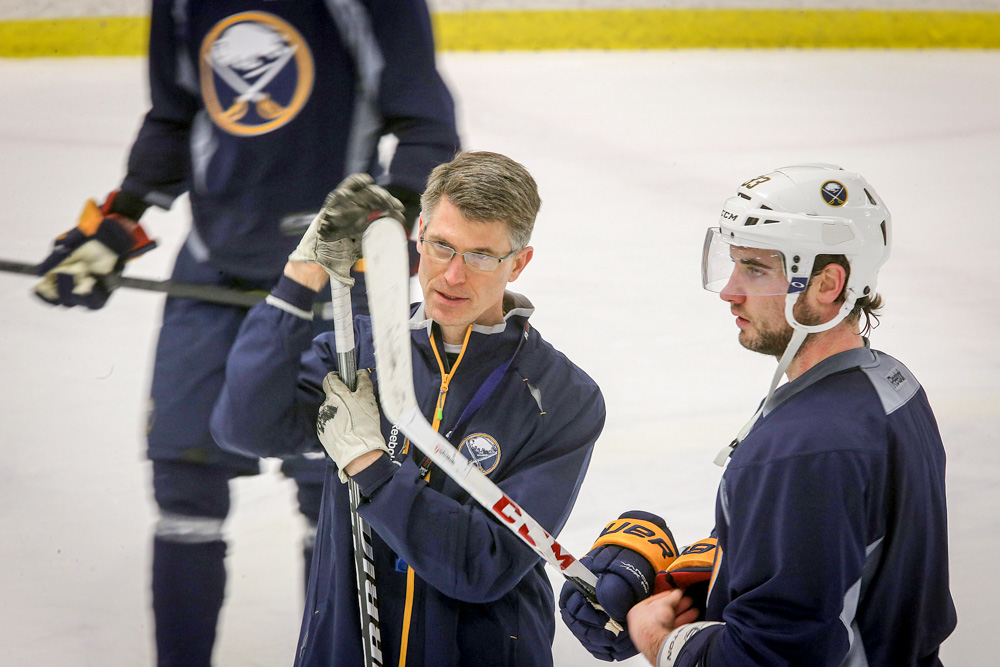 When it comes to evaluating talent and assembling rosters, Rolston is clearly in his element, having won three gold, one silver and one bronze medal as Team USA’s head coach in the U-18 World Championships. He also served as a scout for the NHL’s Arizona Coyotes during the 2014-2015 season.

“It’s been challenging seeing all the players we’d like to evaluate and they are playing at different levels of hockey,” Rolston notes. “We’ve been meeting as a staff about once a week to evaluate where we are and discussing putting together the right mix of players – like pairing solid veterans with the energy of younger college players.”

That’s a perfect job for Rolston, who developed a reputation over the years for taking a professor-like approach to coaching, constantly diagramming strategy and paying meticulous attention to detail.

“Ron brings a lot of positive things to the Olympic staff because of his successful time with the National Team Development program (2004-11) and the fact that he’s developed players at several different levels,” Jackson says. “He will also be an asset because of his experience coaching in world championship tournaments. He understands the difference between coaching in short-term events and coaching for a full season.”

The Olympic roster was scheduled to be revealed January 1. Team USA has been assigned to Group B and faces Slovenia in its first game on February 14. Also in Group B are Russia and Slovakia.

“The challenge for us will be having barely more than a month with the whole team together before the Olympics,” Rolston says. “Other teams in our group will have been playing together longer and that continuity can be an advantage for them. However, I’m confident we will put together a strong team with good chemistry that can compete for a medal, and the key will be getting better as we move through the tournament.”

When it comes to their final evaluations, Rolston and the staff will have an abundance of eager players to choose from.

“There are so many guys excited about this opportunity that never would have come for them if the NHL players were still participating, and that energy level is great for us,” he says. “We feel the same way as coaches, because probably none of us would be part of the Olympics either if nothing had changed.”

Rolston has been taking advantage of hockey opportunities since he and older brother, Greg, first expressed an interest in the sport as children.

Their father, Ron, purchased equipment and lessons for them and their younger brother, Brian, followed suit. Brian Rolston spent 17 seasons in the NHL, winning a Stanley Cup with the New Jersey Devils in 1995. He also played at Lake Superior State when Ron coached there.

The boys’ mother, Joyce, faithfully drove them to practices in suburban Detroit.

“Greg and I played together for most of our youth careers and developed a healthy rivalry with each other,” Rolston says. “I’m sure Brian learned from our mistakes being at the rink watching us play.”

The Chargers fell short of the state title game during Ron’s senior season, but he established seven state high school records which still stand, including most goals in a period (six), game (10) and season (94), most points in a period (nine), game (17) and season (157) and most power play goals in a season (26).

Rolston then joined the Falcons, finishing with 40 goals and 51 assists in 42 games in his second season when he was named to the All-North American Hockey League First Team.

He spent three seasons at Michigan Tech University and was co-recipient of the Most Outstanding Freshman award before totaling 28 goals 28 assists in 83 games during his final two seasons.

Rolston split his only season of professional hockey (1989-90) between a minor league team in North Carolina and a team in Sweden before returning to Tech to finish his degree.

It was then that Rolston heard Jackson had been named coach at Lake Superior State and called him to ask if the coaching offer Jackson had made to him years earlier was still good. 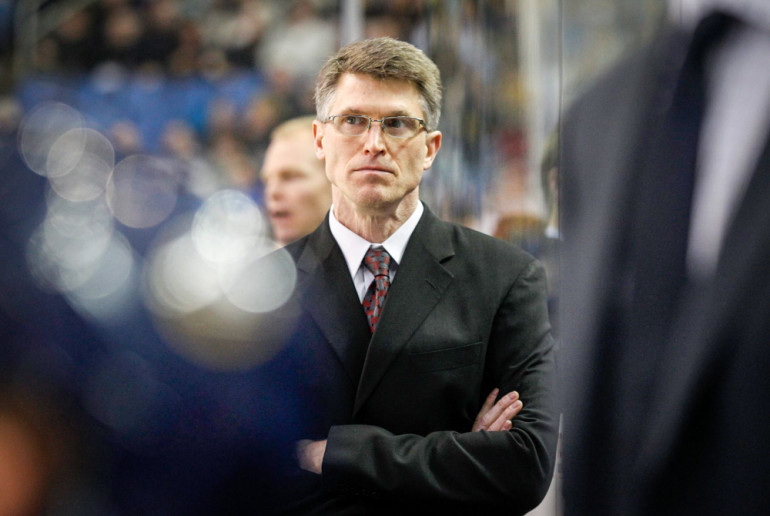 “I heard from Ron about two days after I got the job and he did great from the beginning,” Jackson says. “His communication skills with the players were strong as was his hockey knowledge. He was very instrumental in our success.” Added Rolston: “I could tell my pro career was not going to go very far and working with Jeff was just too good an opportunity to pass up. It was a no-brainer to learn from him.”

Rolston left Lake Superior State in 1995 for an assistant coaching position at Clarkson University. He also coached at Harvard and Boston College before joining the National Team Development Program and posted a 30-8 record coaching in world championship events.

He then spent two seasons as head coach of the Rochester Americans, the Buffalo Sabres’ AHL affiliate, before Sabres coach, Lindy Ruff, promoted Rolston to his staff prior to the 2012-13 season.

After scouting for the Coyotes for a year, Rolston spent 2015-16 as coach of their AHL team, the Springfield Falcons.

“Attention to detail. He’s super-prepared, always learning,” Brian Rolston told the Minneapolis Star Tribune in 2013 when asked about his brother’s strengths. “We talk a lot. He’s taught me a lot. His teams are prepared, plain and simple. He’s also a good teacher. And I think that’s ultimately the most important thing.”

The teacher is eager to impart a few lessons as Team USA chases gold in PyeongChang.

“This a dream position that I am very grateful for.
It’s been an exciting opportunity.”