Zehnder’s of Frankenmuth has the bragging rights to the title of “America’s Largest Family Restaurant.” Today, it is operated by the third and fourth generations of the Zehnder family, who continue to look for ways to keep their restaurant a vibrant tourist destination.

The restaurant’s origins date to the 1856 Exchange Hotel, which was purchased in 1929 by Al’s grandfather, William Zehnder Sr. and his wife, Emilie Bickel Zehnder. “My grandfather traded his farm and got into the restaurant business,” says Al looking back over his family history. The large Zehnder family – William and Emilie had two daughters and six sons – moved into the hotel’s living quarters and opened their restaurant, which had 60 seats and was modeled after the home of George Washington, on Mother’s Day 1929. In 1947, William Sr. transferred ownership of the business to his children. At that time, the second generation conducted vast renovation and made a number of improvements to stay competitive with their restaurant rival, Fischer’s Hotel. Those improvements must have worked, because in 1950, Zehnder’s purchased Fischer’s Hotel, and one of the brothers took over its management. In 1965, two of the brothers, Edwin and William Jr., bought out their siblings and took over sole control of the businesses. This was a golden era, as Frankenmuth, fueled by the success of the big three – Zehnder’s, Bavarian Inn and Bronner’s – grew into a tourist destination. 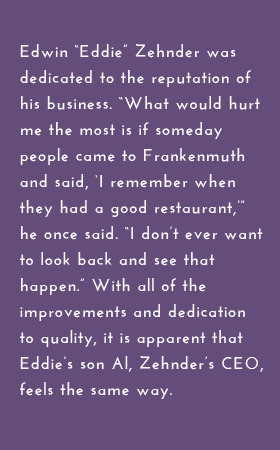 In 1985, Eddie and Tiny separated the two restaurants into independent entities: Eddie remained at Zehnder’s, and William Jr. at the Bavarian Inn. Now that the two restaurants are owned by different sides of the Zehnder family, they enjoy a “friendly family competition,” still fierce, but without malice. Al Zehnder, Eddie’s son, is now CEO of Zehnder’s. Still a family operation, Al’s sister, Martha Shelton, is CFO, and Susan Zehnder is Vice President of Human Resources.

“The focus of the third generation has been to keep the business relevant in today’s changing industry, and to keep it exciting,” Al said in explanation of the many expansions that have taken place during his tenure. In 1992, Zehnder’s added an 18-hole championship public golf course with oversized greens and rolling terrain called the Fortress of Frankenmuth. The most recent addition, Zehnder’s Splash Village Hotel and Water Park, was built in 2005 and features 20,000 square feet of aquatic fun and four four-story water slides that appealed to families with young children when it first opened. Over the last year, Zehnder’s has begun a 30,000 square-foot addition to Splash Village to appeal to families of young teens and young adults. Plans include a six-story family raft ride and another slide that drops down two stories, a wave machine and 32 new rooms. “We are a four-season family vacation destination,” smiles Al, “and we are staying relevant and continuing to make improvements.” 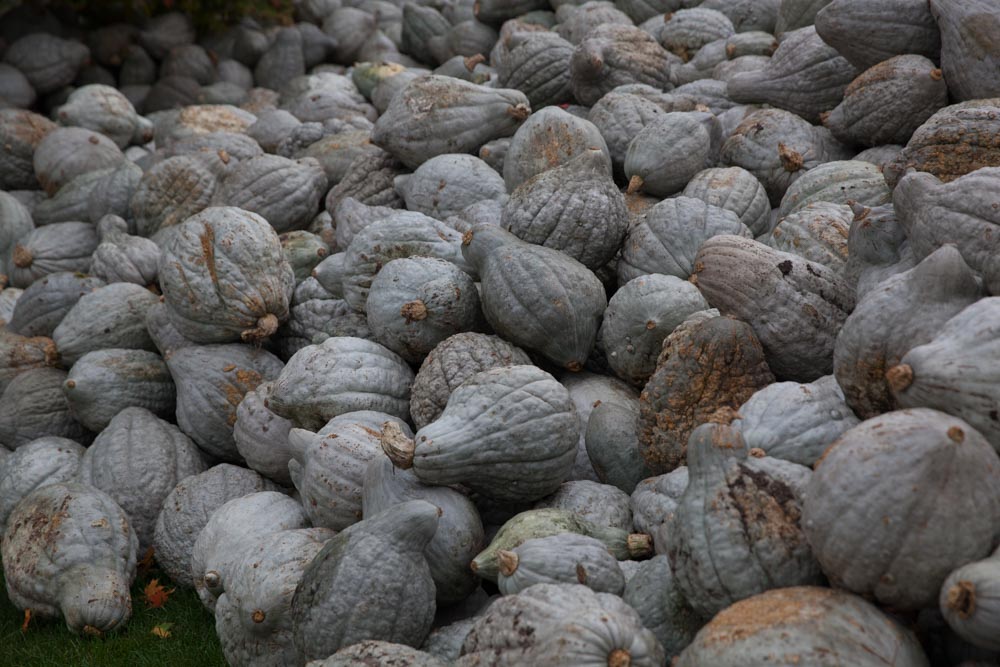 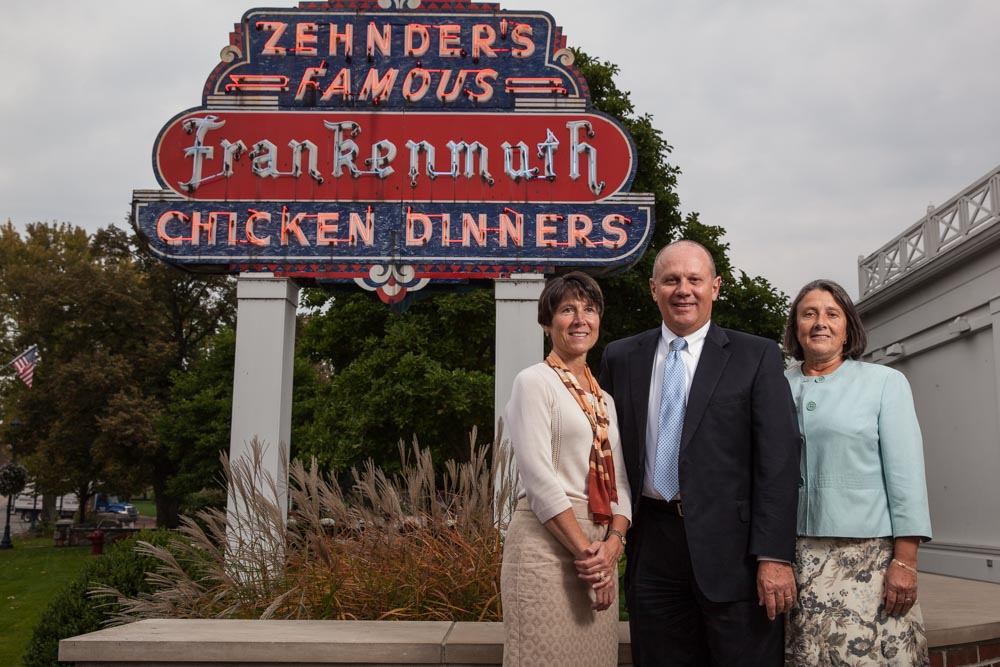 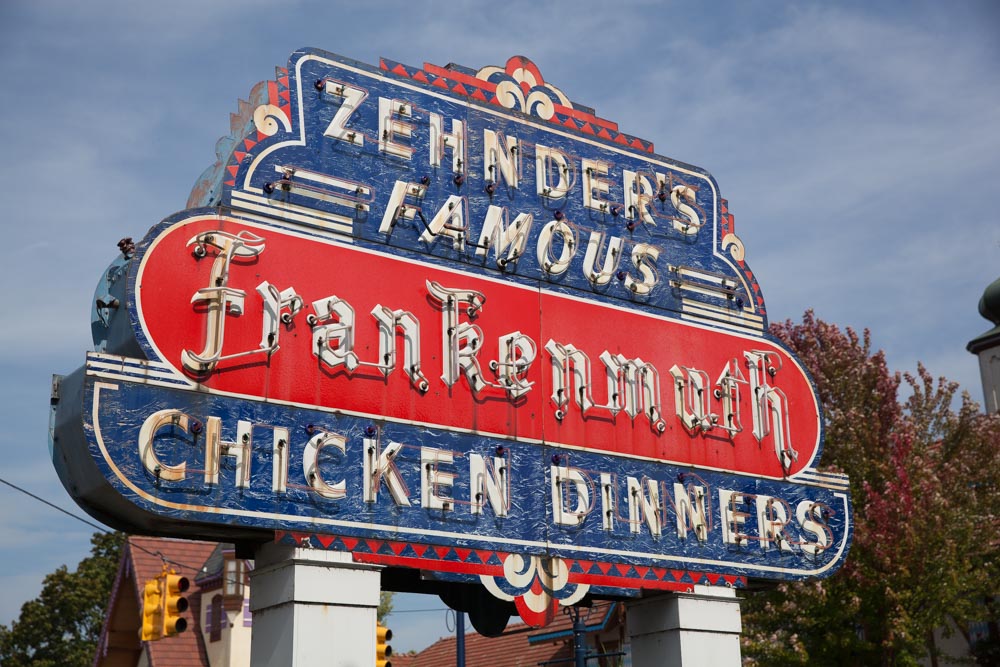 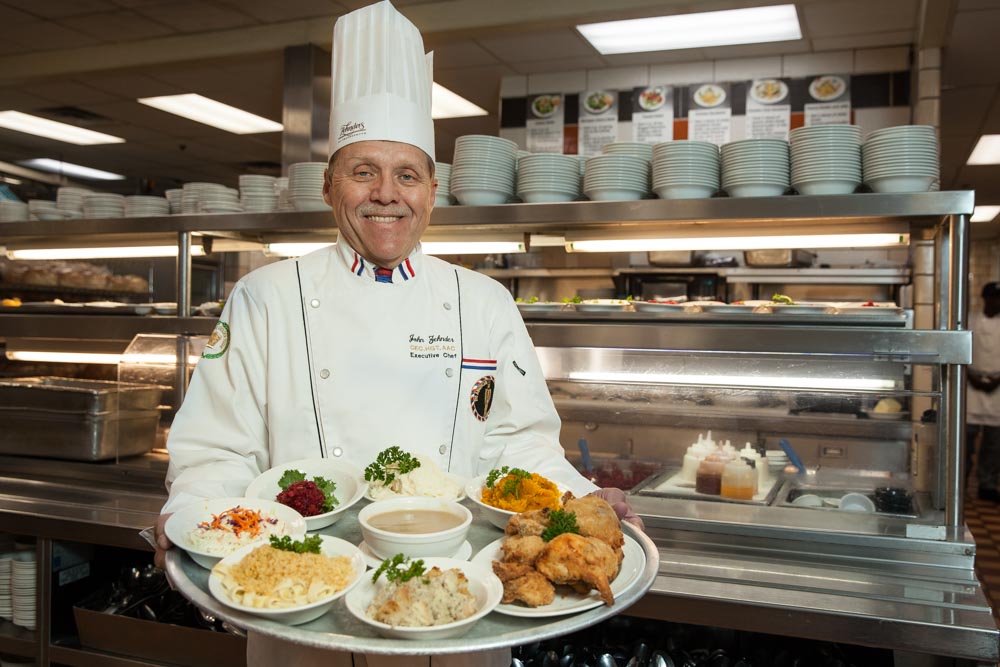 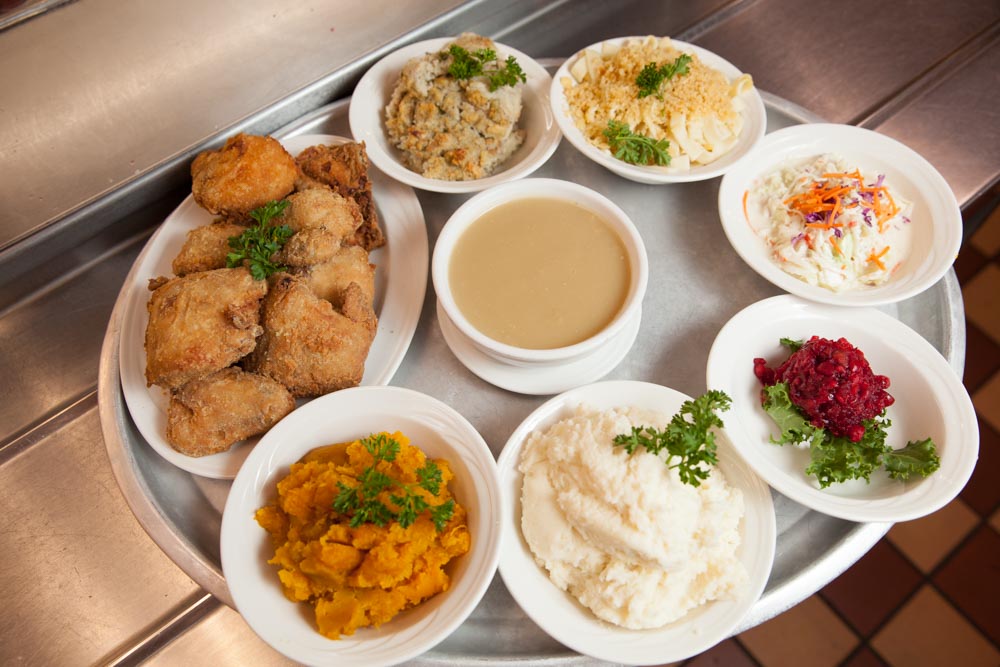 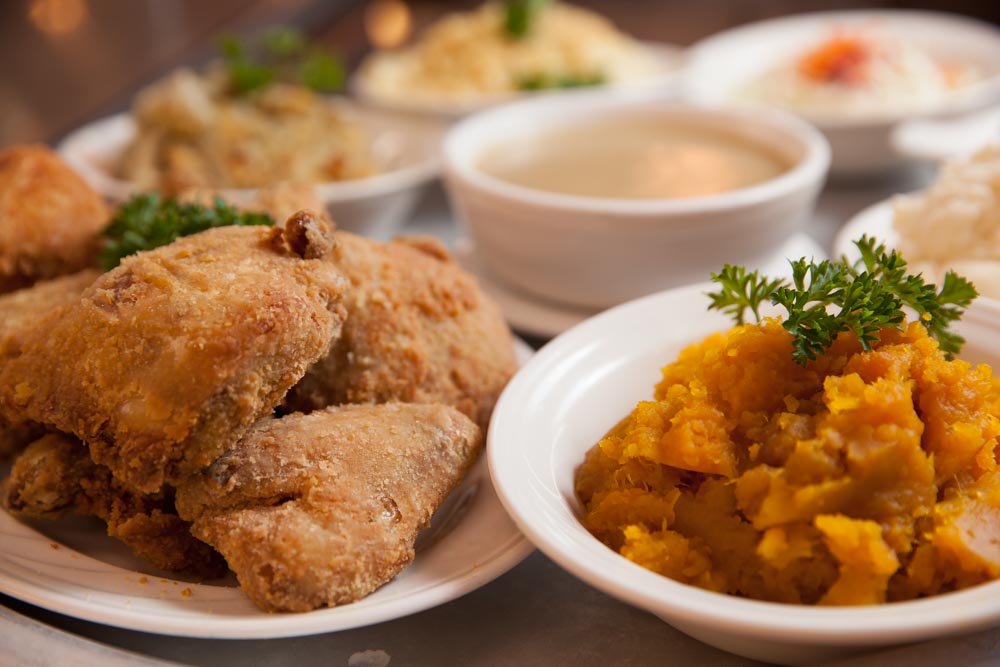 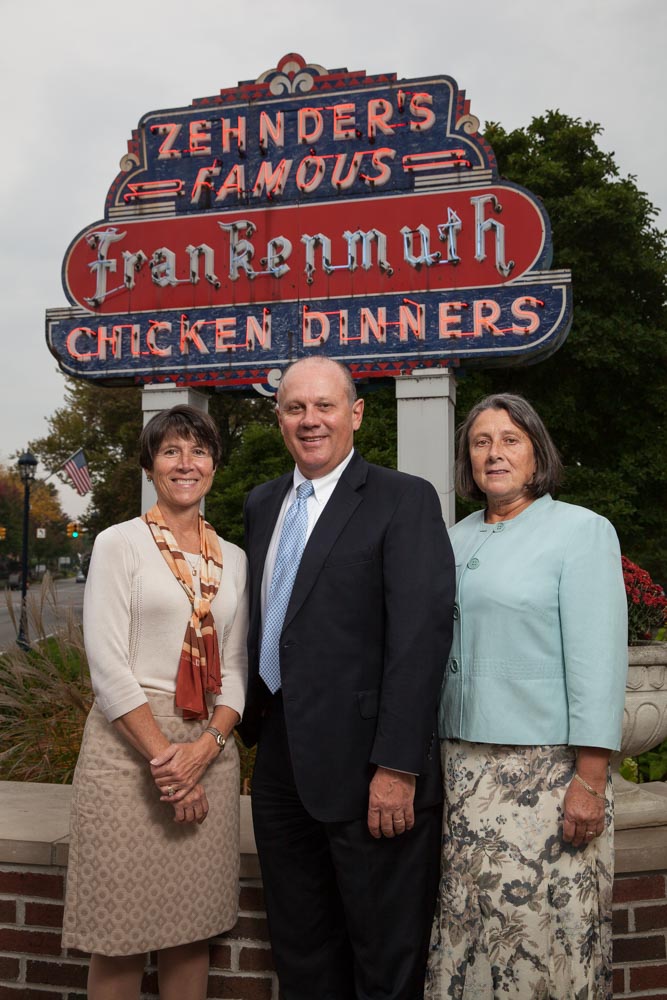 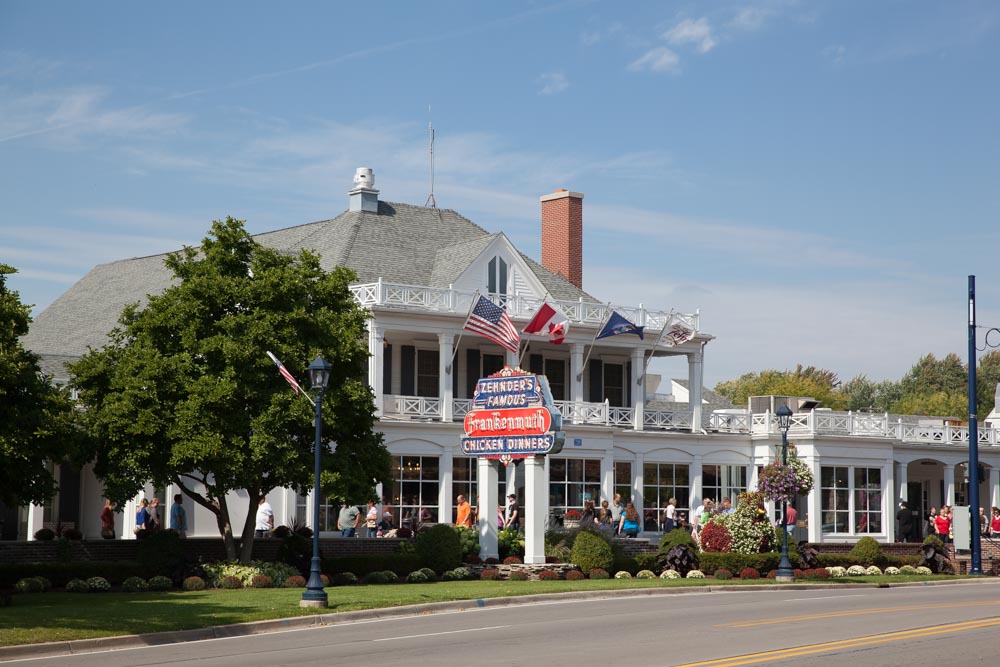 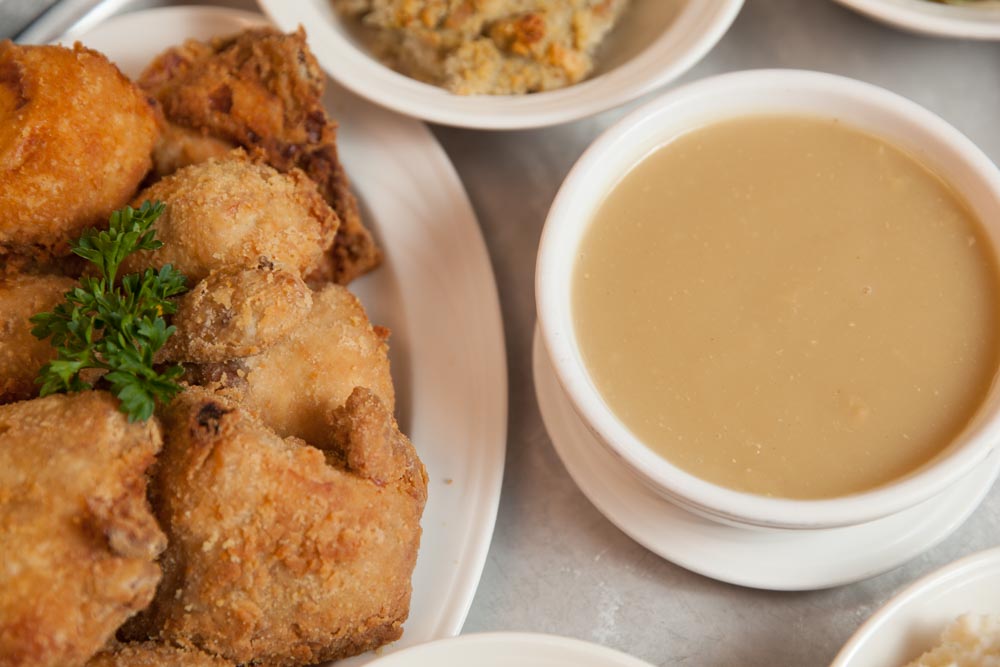 Improvements have continued in all aspects of the business. Seating capacity at America’s largest family-owned restaurant is now 1,500 and Zehnder’s now serves delicious meals to nearly one million people each year! Some menu changes have taken place over the years, but there is no doubt, laughs Al, that “the chicken dinners are what people come here for.” At Zehnder’s you will find a heaping plate of golden brown chicken, bountiful bowls of mashed potatoes, dressing, egg noodles and vegetables. “We still take the same loving care that Grandma Zehnder put into those first dinners,” Al promised. Zehnder’s other signature dishes include sautéed chicken livers, prime rib au jus, Schnitzel Franconian, broiled Great Lakes whitefish and baked crab-stuffed salmon, to name just a few. Also famous at Zehnder’s are the house-made chicken liver pâté and cheese spread with garlic toast. All this delicious food is prepared under the direction of John Zehnder, Executive Chef. If dinner isn’t enough to satisfy you and you want to take home an edible memento, specialty foods and gift items can be found at Zehnder’s Marketplace. Delectable baked goods served in the dining rooms, including the popular Stollen fruit bread and Backofen white bread, along with a host of European pastries from the Z Bakery, are available as souvenirs.

Al is very proud of the Zehnder’s management team, who are always focused on getting better. “We have strong customer ethics; we make sure our customers want to come back,” he said. Zehnder’s employs many young people, including fourth-generation family members. “The young people in our organization help keep it vibrant!” said Al. And it takes over 700 employees to keep everything running smoothly. The Zehnders also support the use of local products: an area farmer supplies Zehnder’s with tons of Hubbard squash; the noodles are made in Detroit; milk is purchased locally in Frankenmuth and flour is provided by Star of the West Milling Company right in town. “We love and support the state we live in,” says Al, “and we are proud to be part of Frankenmuth.” ♦