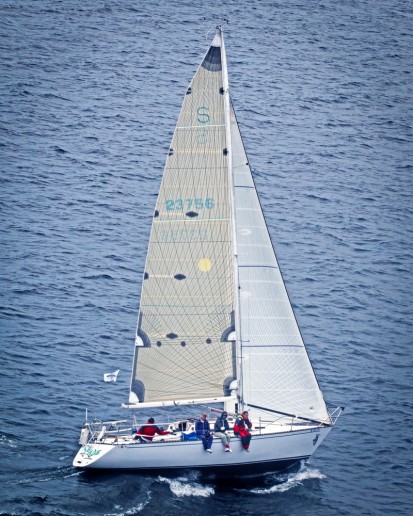 In July of 2013, 225 boats set sail in the annual Port Huron to Mackinac Race, with each crew intent on doing whatever was required to arrive at the Mackinac Island finish at the head of their class.

First in Class is indeed a big deal in this competition, and one of the 22 boats to achieve the distinction that year was Shape, co-owned by Fenton resident, Win Cooper III, owner of the Cooper Commercial real estate firm. While capturing a class championship is not a simple task and takes plenty of sailing skill, luck on the water and a well-maintained vessel, Shape was only getting started.

Cooper and his crew went one better the next year, winning the overall Division 2 Shore Course title, as well as topping its class. Shape, based at the Port Huron Yacht Club, simply kept on winning from there, finishing atop her class in 2015 and in the 2016 race in July, stretching the streak to four consecutive class victories.

“I always feel confident with our crew and our chances to win, and I never dreamed we could win our class four years in a row, but we sailed a good race again this year and worked very hard all day and night to make it happen,” says Cooper, who has been aboard a class-winning boat 12 times in 30 starts dating back to 1986. “Our boat was ready to go with a new mainsail and new paint job on the bottom. We were just really focused on winning our class again.” 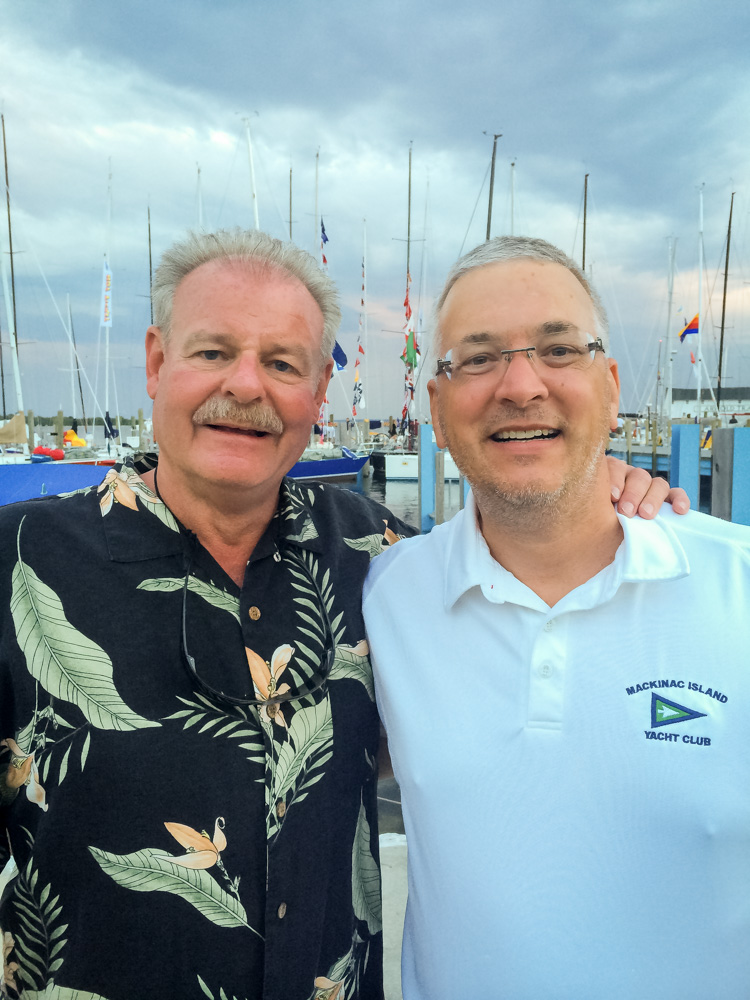 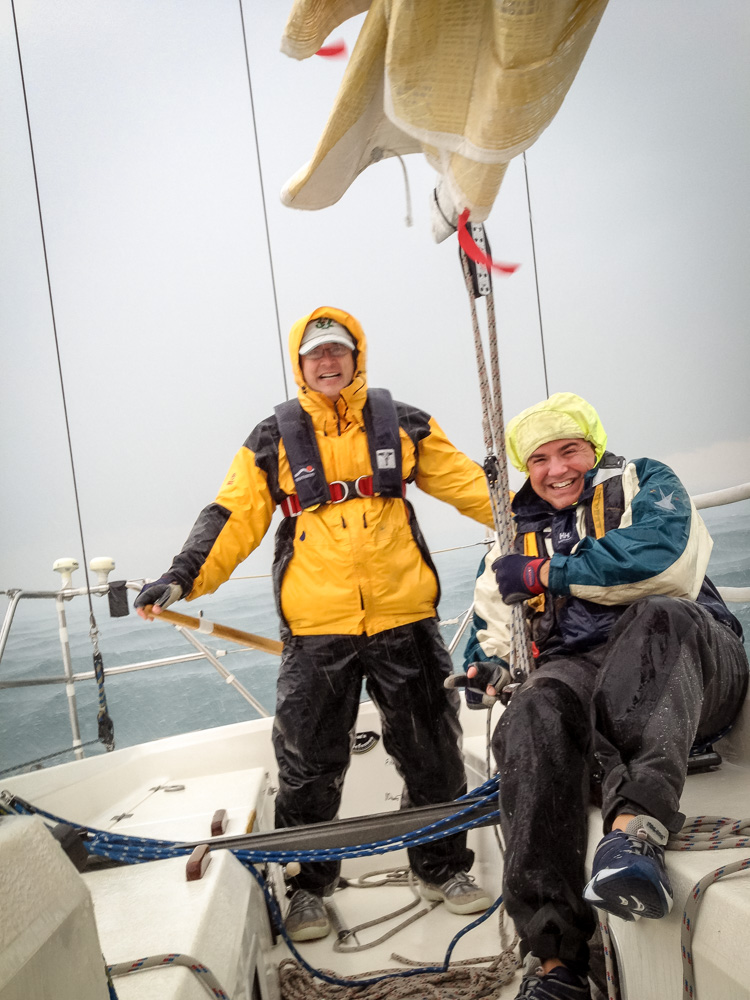 All of that annual focus has left Shape as the lone member of an exclusive club. Of those 225 entrants in the 2013 Port Huron to Mackinac Race, only Shape has won her class each of the past four years.

Chris Benedict of Plymouth, who has been sailing with Cooper since he was 11 and Win was 16, co-owns Shape. Both are Port Huron natives who were introduced to the sport by their fathers.

“It’s an unusual stat to have four wins in a row,” Benedict told HometownLife.com. “There are very  few boats that have ever done that. Part of me feels a little selfish. Should we back away from the race and let other people have an opportunity to win? The competitive side of me says, ‘You need to go out there to defend and be the boat to beat.’ I think the competition feels the same. The right thing to do is to stick my nose in there and go at it again.” 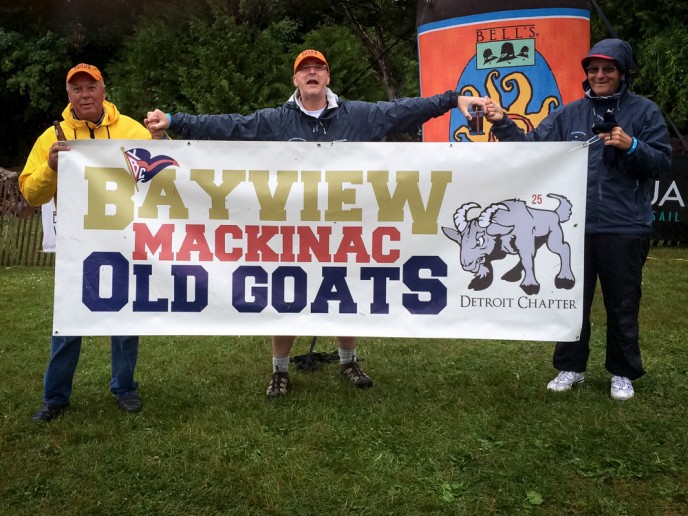 The crew boasts a combined 222 years of sailing experience and was forced to draw heavily on that this year as Shape did not seize the K Class lead for good until the final miles of the race between Bois Blanc Island and the finish.

Before making that winning push, however, the crew found themselves weathering an intense storm. “The storm blew in about seven miles from the finish with big waves, pelting hail and winds at probably 50 miles per hour,” Cooper recalls. “I would say it’s the biggest storm we’ve ever been in during the race. We took the big sail down, but we were getting kicked around pretty good. All the crew came together perfectly to get through it. My dad was below the deck navigating.”

Finally, after 11pm on Sunday evening, the storm subsided with Shape near the north end of Bois Blanc Island about five miles from the finish. A lighted Mackinac Bridge and Mackinac Island came into view. Cooper and crew saw their opening.

“We were like, ‘let’s go get it’ and we were able to pass the boats in the front of us while some of them were trying different sail changes, sailing right around them and that was a great moment,” says Cooper, who helped Shape win a tune-up race from Port Huron to Kettle Point, Ontario and back on July 4. “We worked hard, worked well together and sailed a great race,” he says. “Our crew knows what’s important and nobody is out partying or anything the night before. We all concentrate on doing whatever it takes to make the boat go faster. We didn’t take the lead for good until about two miles from the finish. That was intense.”

Everybody aboard Shape maintains plenty of intensity as four of them man the boat in four-hour shifts. Everett Benedict, competing for the first time, was the “floater” crew member this year. Also, Shape’s crew has always recognized the importance of staying hydrated and replacing burned calories. Cooper and Chris Benedict have seen other crews physically spent while still a significant distance from the finish.

Shape pulled into Mackinac Island about 1:05am on Monday in an elapsed time of 36 hours, five minutes and 35 seconds for the 204-nautical mile shore course, less than two minutes ahead of second-place Avatar. Shape was 19th of 88 shore course boats, its seventh overall top-20 finish since 2003.

As he traditionally does, Birdsall opened a bottle of celebratory cognac after Shape docked. On Tuesday, the crew took the stage in front of the Grand Hotel to accept the traditional flag which signifies a class victory.

“One of the biggest thrills for me, of course, is still being able to sail the race with Dad because he said about ten years ago he might retire, but fortunately keeps putting it off,” Cooper says. “It’s funny, but as we were getting the boat ready before the race, someone asked my dad if he was going and he’s like ‘Of course, I’m going.’ The guy then says, ‘That’s bad news’ – but not for us. Dad’s still invaluable to have aboard.”

Winfield Cooper first brought his son aboard a yacht not long after Win was born. “The story is that I was born in May and on the deck by mid-summer,” says Cooper, now 56. “Once I was old enough to really sail with Dad, I loved the challenge immediately. Another joke is that my dad wound me up too tight. We are both clearly type-A personalities, but that puts us on the same page with our goals.”

Father and son first competed together in the Port Huron-Mackinac Race aboard Winfield’s boat, Wander. “It was amazing because we won our class that first year,” says Cooper. “I remember just loving every aspect of the race, how it’s an all day and all night thing and truly a test of your skills and will against others and against nature.” 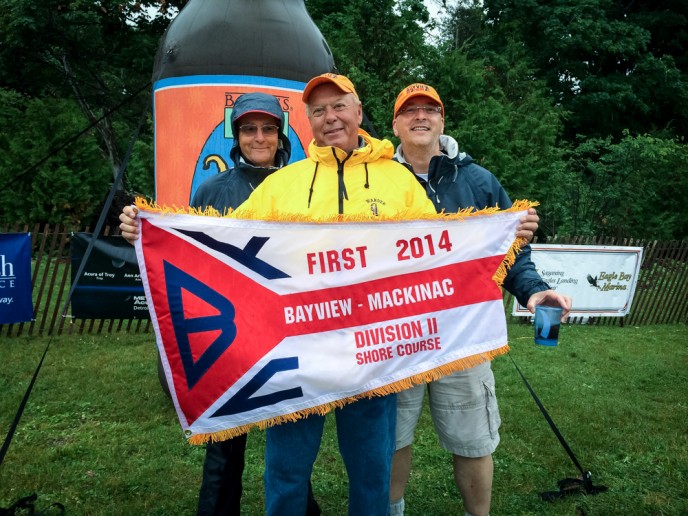 “The biggest factor in 2014 was anticipating some wind shifts and taking advantage of them, especially on the stretch between Alpena and Bois Blanc where we made good time by sticking close to the shore. But make no mistake, you need some luck to win overall,” Cooper notes. “We say sailing in the race is sometimes a floating craps game because one gamble that does not pay off will cost you, and it’s usually the crew that makes fewer mistakes that’s going to win.”

What’s unmistakable is the crew’s camaraderie, a major reason they keep annually returning to the Port Huron-Mackinac starting line. “We all still love coming together for the race and getting the most out of the boat,” Cooper says. “We always look forward to the experience.”

Especially when that experience includes ruling their class.

WIN (L) HAS SAILed WITH SHAPE CO-OWNER CHRIS BENEDICT SINCE THEY WERE KIDS.