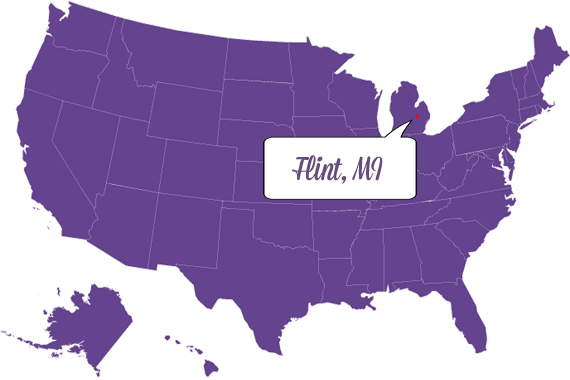 This April marks my one year anniversary with My City Magazine. The past year has been a maelstrom in my life, and I suspect it has been much the same for many of us in Flint. Incredible new business forages have been wrought, and incredible difficulties have been borne – like this blasted winter. As we progress toward new business, new buildings and new projects, my hope is that we do not get so caught up in the heavily centralized, shiny new things that we lose sight of the plight of the outlying areas that still rest within Flint city proper.

I once joked with a friend last year that living in College Cultural or Woodcroft and taking Court St. into Downtown Flint every day is not the best representation of Flint as a whole. A trip up Industrial Ave. to the north end of town proved that there is a clear bifurcation in Flint’s revitalization; not every area is experiencing it. Not long thereafter, I was taken aback during conversation with another friend who brazenly took up an opinion eerily similar to that of Anakin Skywalker in Star Wars Episode II: Attack of the Clones when she suggested that those not on board with the changes going on in Flint – particularly those occurring Downtown – should in essence be forced to be on board.

It is easy to forget some of the hardships borne by our neighbors during this time of rapid change. In fact, it is logistically possible to avoid those in such hardship altogether. I am almost certain that were it not for my family living throughout the city, I might find my travel in Flint exclusive to Downtown streets, the highways, and Miller Rd., and if some who read this dare to be honest with themselves, they might admit the same. I just wonder if such restriction on our lives in a city that ultimately belongs to a host of variegated people is truly healthy for us. I would understand if the city were so large that one should not reasonably interact with people in certain areas, but Flint is just over 34 square miles. Still, people can be very compartmentalized here. Well, compartmentalized is a rather flat way of saying it. A more provocative word is segregated.

I have always, even while in childhood, wondered why there were so many ways to go around Flint without ever having to go through it in order to get from point A to point B in Genesee County. Of course – when it comes to the thoughts of children – wherever there is a fertile mind to be filled with misinformation, adults who hold all sorts of opinions will begin to plant the seeds of segregation, so I heard many a theory as to why it seemed that there were at least two if not several more Flints, and why people resided and traveled as they did. None of these philosophies bothered me too much, as some of them seemed to harken back to timeworn conspiracy theories recounted by reclusive curmudgeons. All I knew was that I did not want to keep with the apartment-separated norm.

In all, I never want to be so naïve as to think that Flint is confined to a few select areas of choice. I never want to be so narrow-minded to think that Flint is owned by one group or another. I also never want to be so nearsighted that I forget that the present homogeneity of Downtown events is not truly representative of the whole. I think the best way to avoid such pitfalls is to discontinue participation in the ongoing us and them conversations that show up at our doorsteps now and then in the form of black vs. white, rich vs. poor, Republican vs. Democrat and the north end vs. Downtown. A healthier way to look at Flint is to acknowledge her people as parts of a whole. I simply want to recognize all of Flint in all of my words and deeds.