From the moment they took the court for the first time, coach Bob Halbedel could not get enough of watching this year’s Mott Community College volleyball team.

The 57-year-old Flint native has been enthralled with the sport since he was a teen playing in church leagues and experienced plenty of success as a player. He helped Ball State University to the national Division 1 semifinals, earning all-conference honors there and at Kellogg Community College.

That means nothing warms Halbedel’s heart more than seeing a team work as one and reap the rewards. “To see how they came together, worked hard and gelled as a unit was amazing,” he said. “In volleyball, chemistry on and off the court is crucial because your team will not go anywhere without it. Hustle is important too, and we had two or three players diving to the floor for every ball to keep the play alive. Those were the biggest factors in our success. Their burning desire to win was overwhelming and very cool to watch.”

How successful were the Bears this fall? They were ranked among the nation’s top 20 National Junior College Athletic Association Division 2 teams most of the season, became the first Mott squad to capture two conference championships in a span of three seasons and finished with a 38-7 record. That marks Mott’s most wins in a season as a Division 2 program. 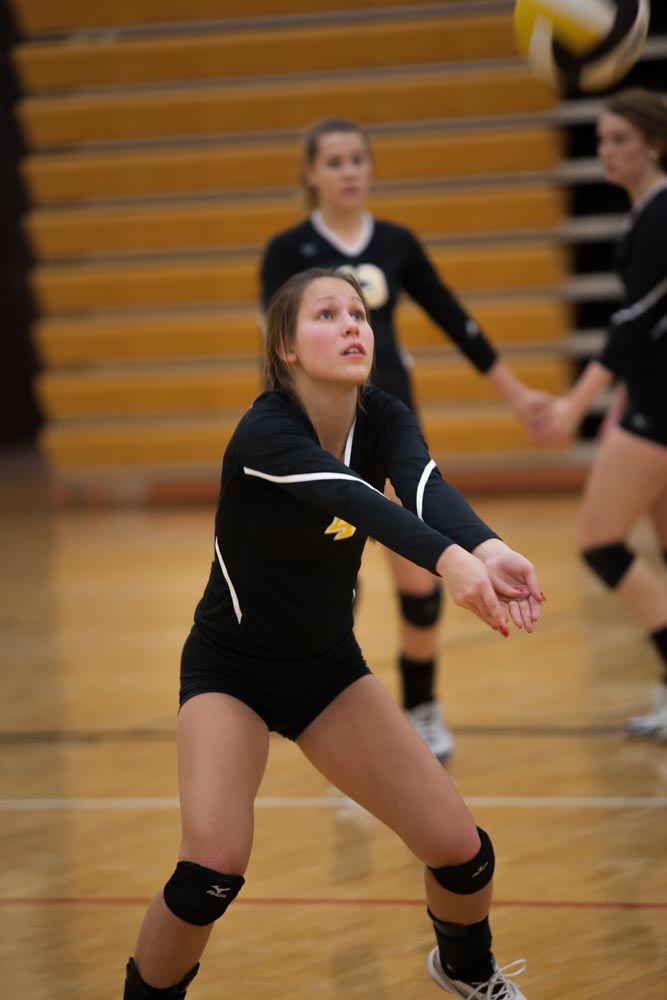 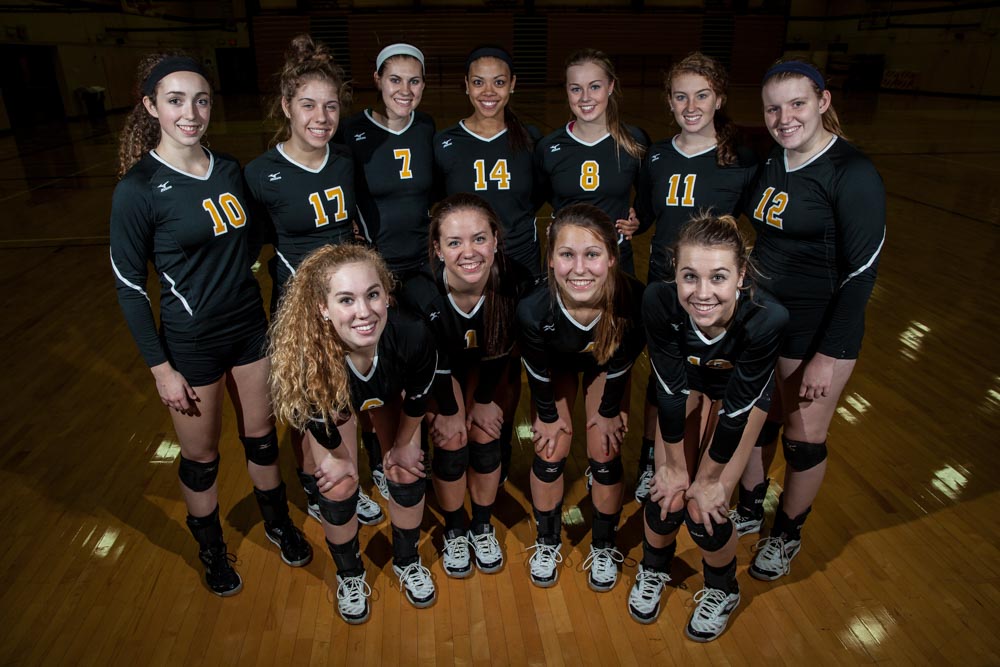 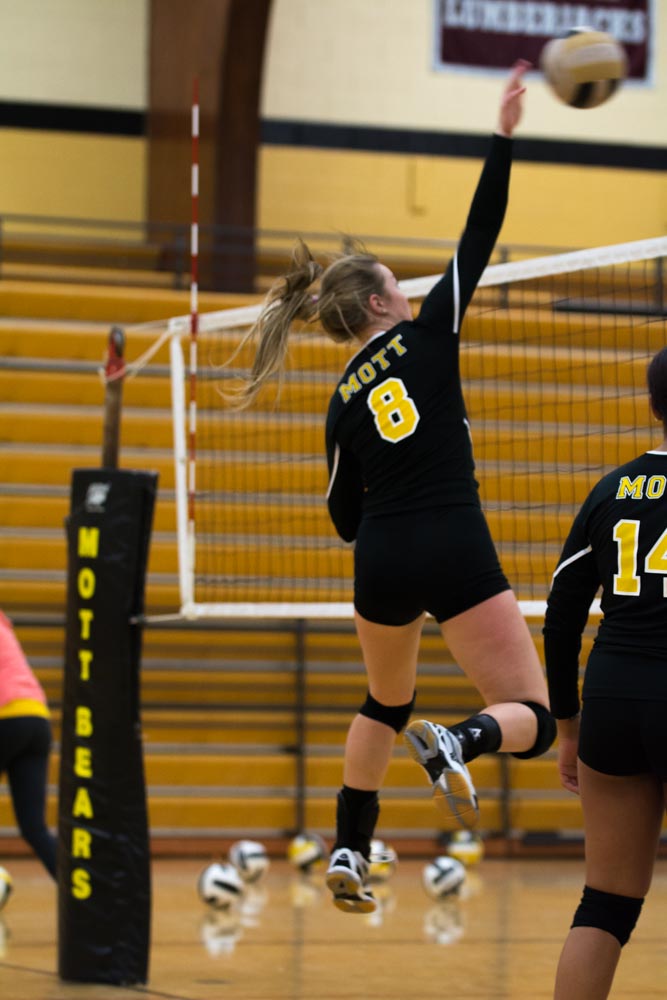 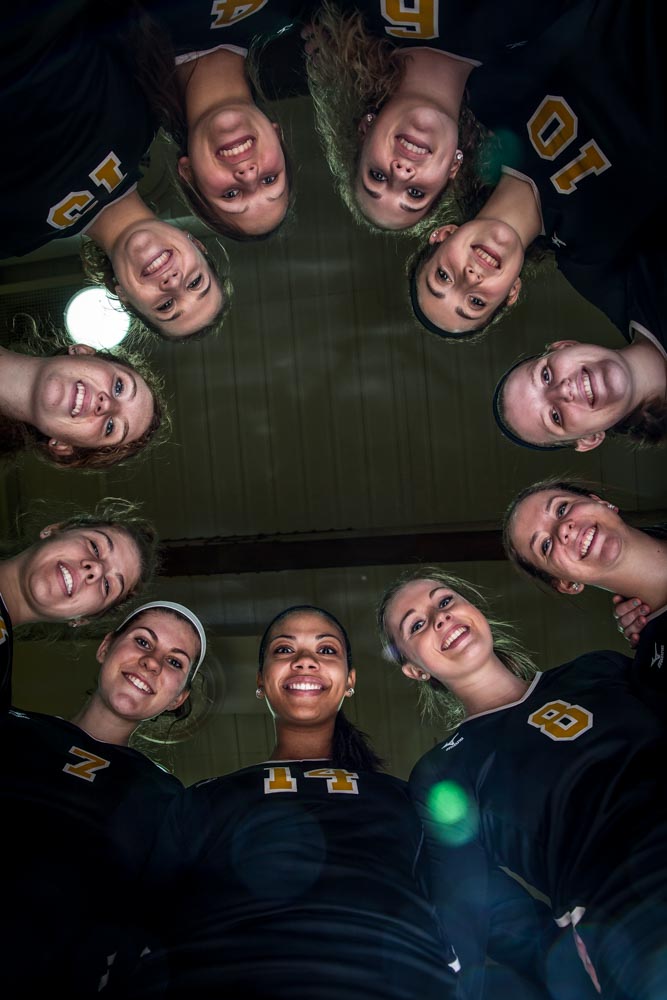 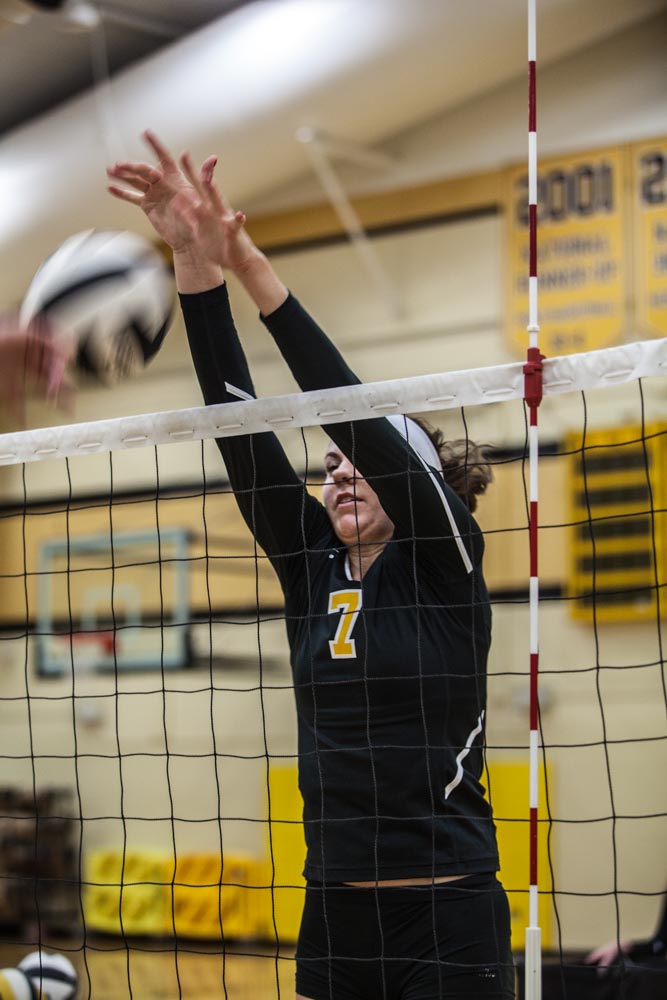 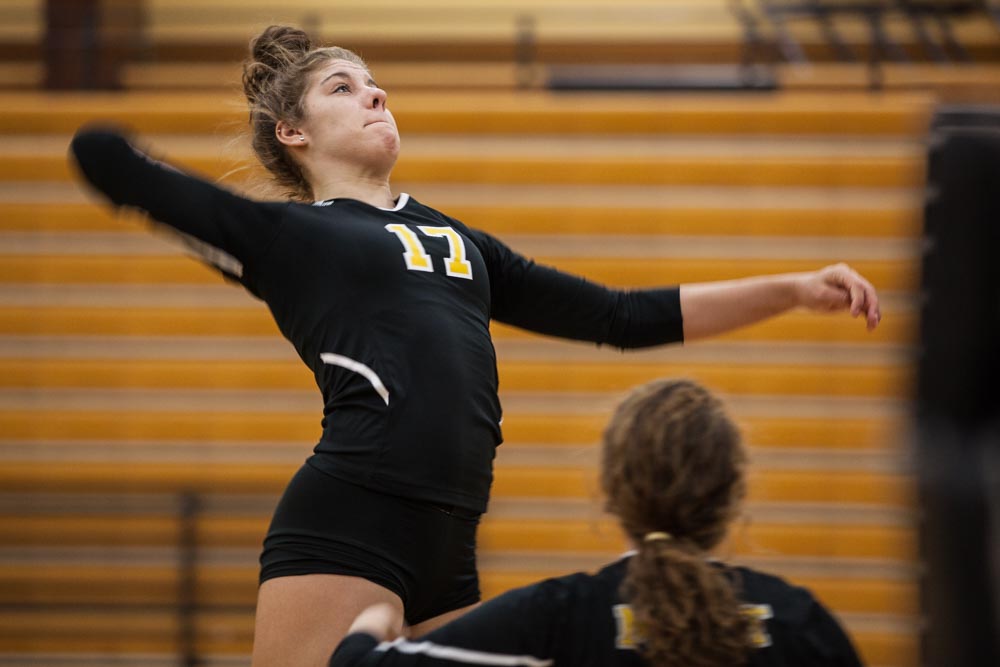 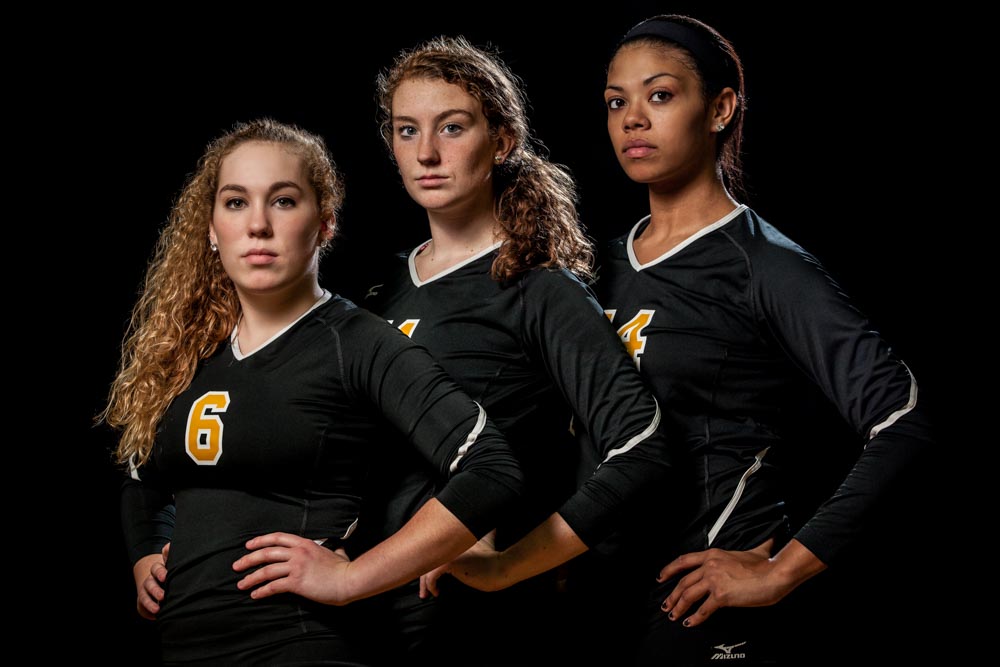 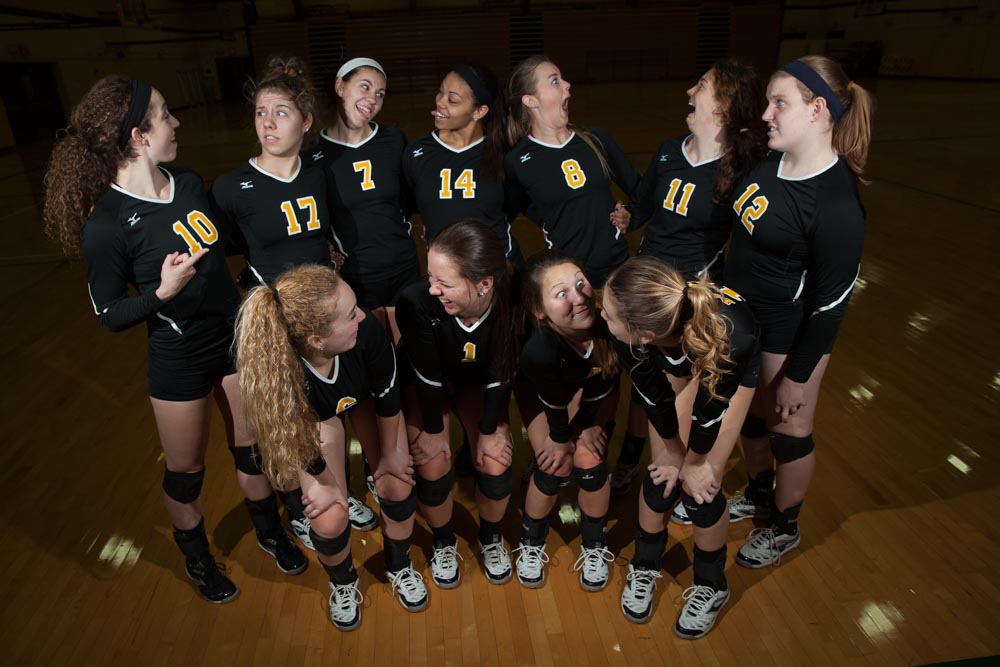 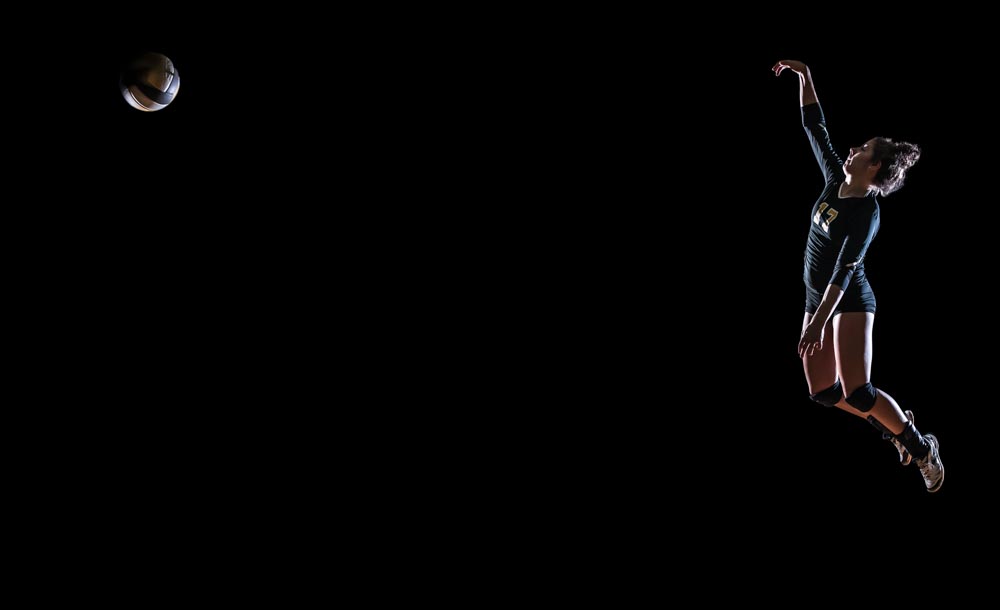 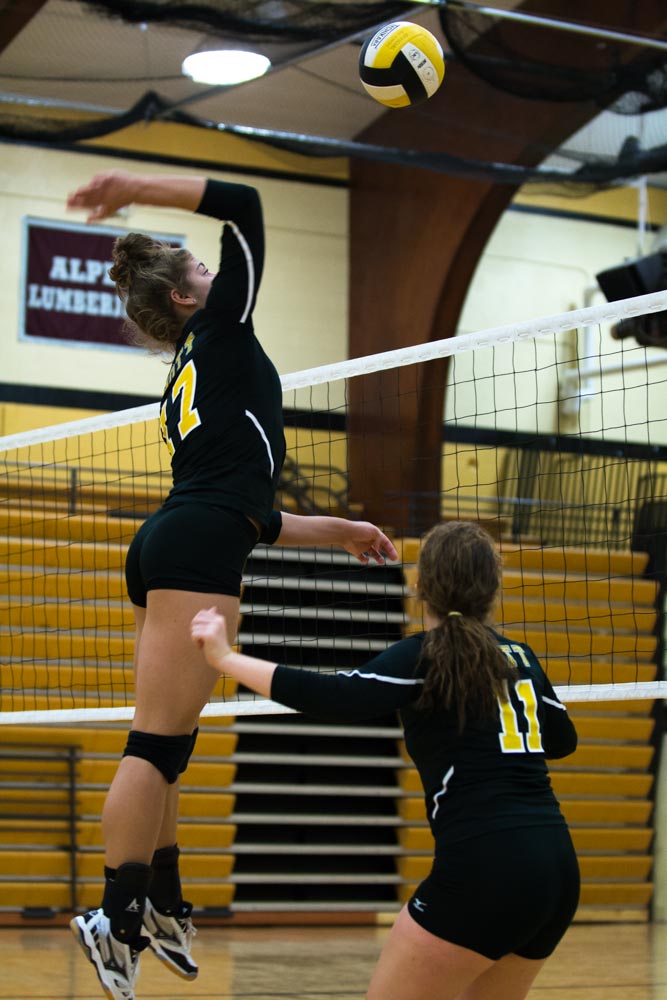 The Bears also proved they could hang with the big dogs, winning four of nine matches against teams ranked in the top 20, including three wins against teams ranked higher than they were at the time. Also worth noting is that Mott won more matches than any other Michigan Community College Athletic Conference team.

The success was achieved largely with local talent as seven of the 11 players hail from Genesee County and three others are from neighboring Shiawassee and Tuscola counties. “A big part of our results this year was because of our team chemistry,” said freshman setter/hitter Ashley Bearden, who is no stranger to championships, helping Fenton to one regional, two district and three league titles. “There was really no conflict and the team camaraderie was tremendous, and so was our work ethic. We were all driven to win and sometimes teams don’t have those qualities.”

That chemistry extended beyond the gym. “There was a lot of chemistry between us right from the beginning and once we played our first tournament, we realized we had something special,” said sophomore defensive specialist Megan Cockin of Fenton. “We all started hanging out together, having lunch, always texting each other, studying together and everything else. That friendship was important because even when we lost, we weren’t blaming each other.”

Indeed. Cockin endured the opposite last season and did not want to go through it again. Lack of cohesion left the Bears with an 11-12 record in 2013. “Last year, you could easily tell we were not mixing well,” Cockin said. Still, uncertainty surrounded the program as the season approached. Only two players – Cockin and Britney Severn of New Lothrop – returned from last year’s team, leaving many holes in the lineup. Any doubt, however, melted away when Halbedel watched the Bears during their first pre-season conditioning drills. “I could tell this season was going to be different because they were working so hard together and I knew they would be in shape and ready to go when the season began,” said Halbedel, who has led the Bears to a 93-50 record in five seasons as head coach. “More than that, they were already developing that trust factor that’s so important on the court. I was happy to see they were going to get along well and the drama would be minimal.”

Instead, Halbedel dealt with task of finding which roles best suited his talented cast. “Yes, as a coaching staff we tinkered with the lineup a lot in the first three weeks,” he said. “We probably used about eight different lineups until we found the perfect one. We really took off then.”

Also taking off was the buzz that the team generated around campus. More than 350 boisterous fans packed Ballenger Fieldhouse October 16 when the Bears outlasted Oakland Community College in a clash of ranked teams to clinch a share of the MCCAA Eastern Conference championship. “More people came out to all our matches all year and the way our fans helped us win against Oakland was incredible,” Halbedel said.

The Bears, who finished with a national ranking of 15th, placed second in the MCCAA Tournament, knocking off 12th-ranked Grand Rapids Community College in the process before concluding the season by going 2-2 at the regional tournament. Post-season honors poured in. Cockin, who finished second in the nation in digs with 1,000, Ashley Bearden, Trudie Bruce of Lake Fenton, Nicole Oestrike from New Boston Huron and Kelsey Baarck of Frankenmuth all earned some type of all-conference award while Halbedel was named Co-coach of the Year. Others on this year’s roster were Laurin Davis (Davison), Courtney Burt (Mt. Morris), Jessica McClung (Flint Carman-Ainsworth), Rebecca McDonald (Linden) and Alyssa Nickels (Corunna).

Cockin, Severn, Bruce and Oestrike are moving on, but Bearden expects more of the same next season. “We’ll have a great core of players back and we just plan to keep working hard together and winning,” she said. “I have no doubt we will again be a team that’s going to do whatever it takes to win.”

And we have no doubt they will be fun to watch. ♦