He travels the world playing music, but Jonathan Diener got his start in Downtown Flint. He remembers, “When I was 14, my parents drove my brother and me to our first show at Flint Local 432, and Saginaw Street was all boarded-up windows. It was like a ghost town – and now, there is this progress happening in Flint.” Diener wants to see more progress and makes it his mission to give back to the community where he got his start, the place he still calls home.

On the brink of turning 30, he already has a decade of experience playing drums and singing back-up vocals with The Swellers, a band he started with his brother, Nick. Diener recalls, “when my brother and I were nine and ten, my parents took us to a music store. Nick was pretty much the prodigy musician, and I was … his brother,” he laughs, “so he got a guitar and I got drums.” He says his early exposure to punk music and “all the cool stuff the older kids liked” led to founding The Swellers while Diener was attending Fenton High School. What began with a local following turned into a worldwide touring success. Diener was on the road from age 14 to about 25, before the band broke up in 2015.

Diener’s current project, Baggage, is the inevitable outcome of all the years he spent committed to one successful band, and suddenly finding himself sitting in one spot. “There is baggage,” he says. “And when you post a flyer for the new band and say “Baggage (ex The Swellers)” it’s kind of a joke, because I’m often viewed based on my past, and it takes a lot to get people beyond that,” he explains.

“That way, it will literally be our hands –
purchasing goods and handing them to people …”
Jonathan Diener 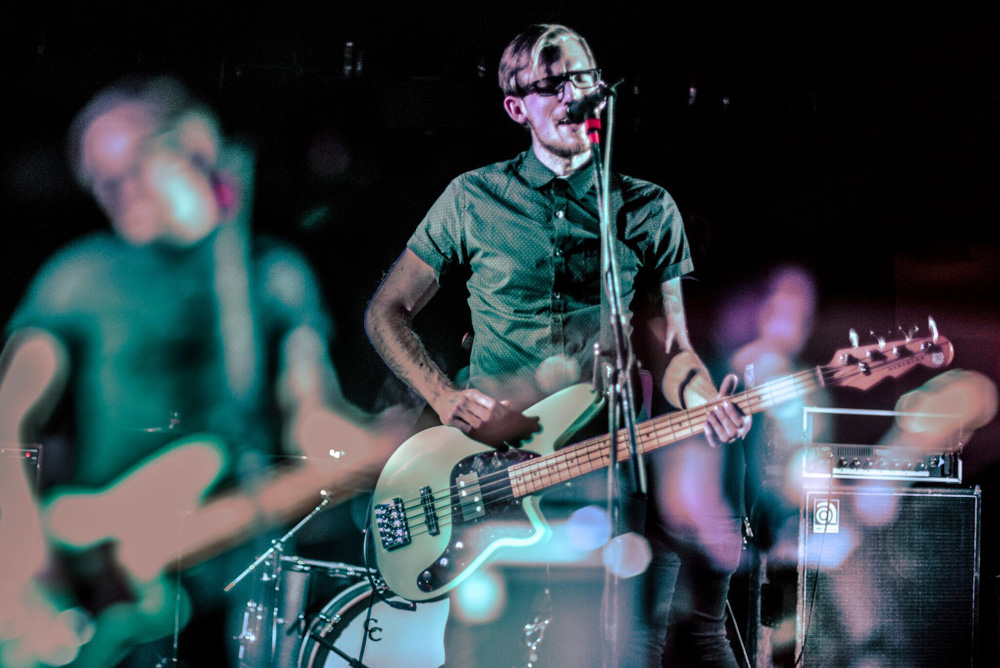 Baggage was formed a few short months after The Swellers disbanded, but with the intent to have more creative control. “I was already writing songs anyway, but I wanted to be in control of something, instead of having to compromise,” Diener shares. “It began with my songs and I got my friends together to work on them.” For this musical project, he also traded his drumsticks for a guitar pick. “I dabbled in guitar and could kind of play acoustic guitar, so I figured, if I’m okay at guitar, I’ll be pretty good at bass,” he smiles.

Since the original lineup about two years ago, people have left and come back, as is the nature of life in a band. But, Diener assures that Baggage will be around with at least himself and a gathering of great talent around him. The current lineup includes friends whom he says are all accomplished and possess other talents, creating a collaborative supergroup. Jacob Alterman is a guitar tech and plays in another successful band called Dalinian, Andy Dalton is a handyman and graphic designer and also co-runs the Michigan music festival, Dirt-Fest. The drummer, Kris Herrmann, is also a photographer and videographer. Diener handles the marketing and is also a freelance writer, so together they have all of the creativity and skill they need to carry Baggage forward.

In addition to Baggage, Diener tours with friends’ bands when they need him, and has played for three years with another band – Braidedveins – a “Flint-specific” band and a project he considers more as “pushing out limits as a creative entity.” Both of his current projects aim at giving back to the community.

When it comes to giving back, Diener informs Baggage fans which cause will benefit from proceeds of their music for a given month. He likes to find a cause that needs it most. For example, one month of proceeds from the first Baggage EP, Cheaper Than Therapy, helped a friend whose Flint home had suffered damage due to arson. Diener’s friend purchased a house in a Flint neighborhood as a renovation project. Two years later, he is still working on it, and the donation from Baggage helped to get it boarded up and ready for winter right after the fire. After that, the band donated to organizations including the ACLU and Planned Parenthood. 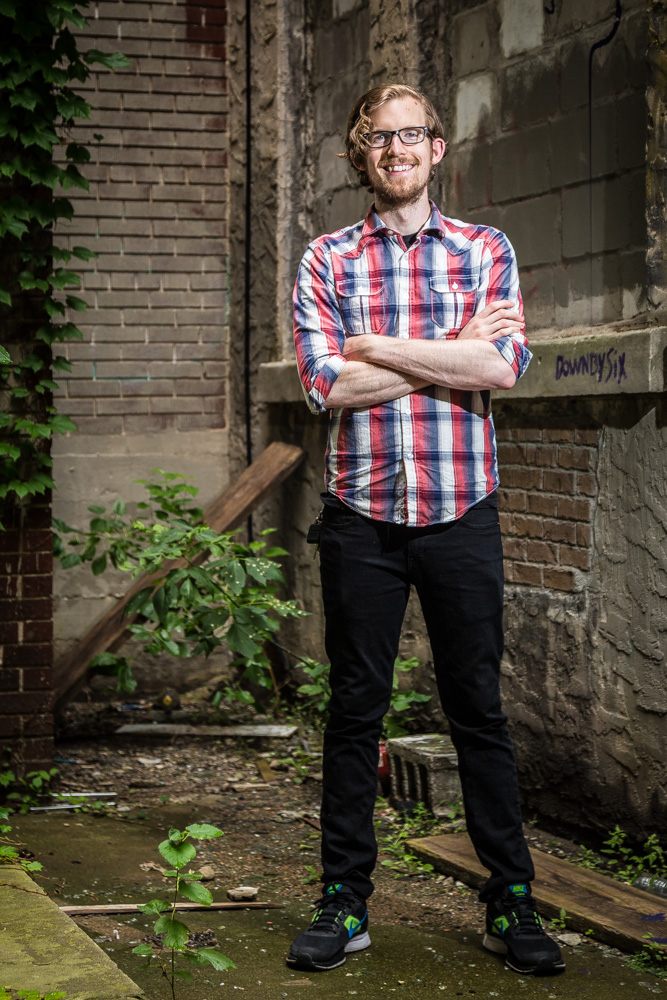 Diener also used his connections to release a compilation called Not Safe to Drink which raised over $7,000 dollars for The Community Foundation of Greater Flint. He collaborated with over 80 bands including Taking Back Sunday, Anti-Flag and many more who all wanted to donate to the Flint Water Crisis.

With the latest Baggage EP, The Good That Never Comes, released in early July, Diener wanted to do something different. For the song titled “Half Full,” they shot a video in Flint that involved a water donation drive scenario. They collected real donations of drinking water and the band members distributed them to people affected by the Water Crisis. The recipients were grateful, but informed Diener that they really needed toiletry items – things to aid in health and cleanliness – because those are the things that Flint residents are having trouble getting. So, Diener decided to change the way he gave. “When you collect money, a lot of the time you don’t know where it’s going,” he says. “So, you could throw money into a warehouse full of more money and not know if or how it’s being spent.” With the new EP, he decided to take an even more hands-on approach to giving back.

Proceeds from the first month’s downloads of The Good That Never Comes will purchase toiletries for Flint residents; but the band will be involved with the whole donation process. “That way, it will literally be our hands – purchasing goods and handing them to people, so that we know where it’s going and that we are addressing a real need.”

Diener wants to “not use my personal reach, but get people who are younger and into music to realize that they can do this kind of thing themselves” – that they can help with causes and the community they care about. “It doesn’t mean you personally have to donate ‘this much money’ but you can put on an event, promote it and without having to spend a dime, you can have hundreds of people chip in and find projects and things that directly impact your community; because if it makes you feel good, then you can return the favor.” 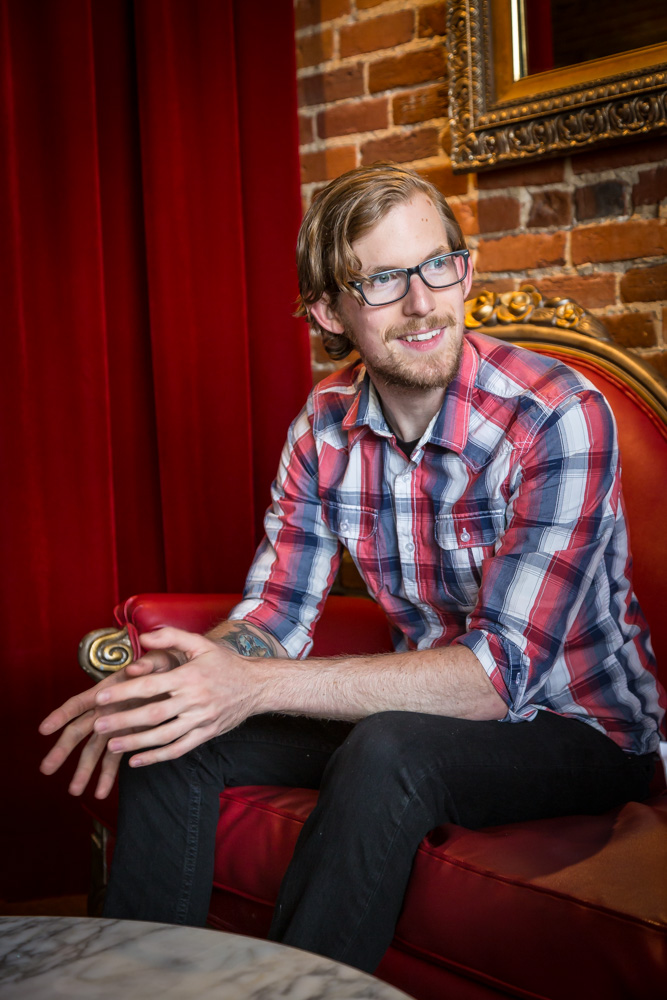 Diener looks forward to more touring with Baggage, as well as playing drums in Europe this month with the band No Trigger, then heading to Gainesville, Florida for an event called The Fest, which he calls a “punk rock fantasy camp.” What he likes most about being a musician is “getting to see the tangible proof that something that started as an idea can come out an affect someone else.” He says that music allows him to do what he is best at: “not only writing songs, but playing music, getting to travel and be with my friends – which is something I was programmed to do for ten years in my last band – and that was like ten months out of the year.” Coming back home and being planted is “one of the weirdest feelings in the world,” he says. “Especially when you travel all the time, Flint is still home to me and I am okay to be planted if I’m around here.”
Photography by Eric Dutro