Being someone’s hero isn’t something Pastor Tanya Cox set out to do. It just sort of happened for this blue jeans and boots-wearing country girl, the senior pastor at Eastside Church of the Nazarene in Flint. Four days a week, she commutes 30+ miles one way into the inner city from Tuscola County’s Otter Lake to preach, listen, help, and do her absolute best to permanently changes lives – one person at a time.

In fact, she recently revised the church’s mission statement to include such wording. The mission states, “Transforming neighborhoods one person at a time by redeeming lives through Christ, removing obstacles and rebuilding community.”

Whether she’s helping a church member or a stranger on the street, Pastor Cox gives everyone her undivided attention and unconditional love. “Love is my most powerful weapon,” she admits. Without hesitation, she reaches out to the unloved, unwanted and forgotten population on the eastside. “If there is one thing I’d like to be remembered for on my tombstone it is this: She loved well,” she shares. So far, she is succeeding. Her growing congregation includes about 35 adults and 40 teens and children, who are not necessarily related, but have something in common. 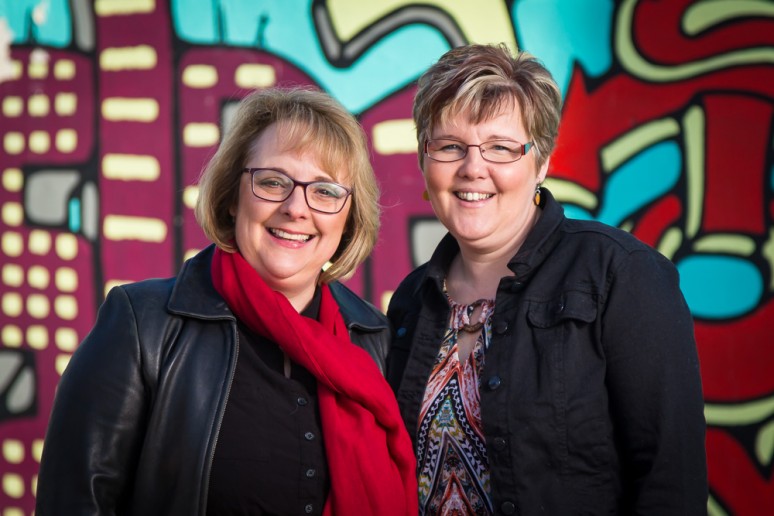 “Almost everyone here is struggling with something,” says Pastor Cox. “Whether it is an addiction, prostitution, unemployment, health issues, homelessness, hunger or lack of transportation, they are facing obstacles on a daily basis.”

She realizes that residents on Flint’s eastside are often dealing with life and death issues. In fact, she believes those who battle addictions to alcohol, heroin, cocaine or other drugs and come to her for help have what she calls a “window of desperation,” and if support isn’t timely, it can, and often does lead to tragedy.

“A young girl named Tiffany who was addicted to drugs came to me and begged for help to get clean,” says Cox. “I made calls to several local drug rehab facilities, but all of them require prospective patients to be clean for a minimum of three days, sometimes seven. It’s really hard to tell someone in a state of desperation to come back later.” Not able to get help, Tiffany disappeared, and sadly, was found dead due to an overdose months later.

In her head, Cox has the solution. “I want to purchase two abandoned houses from the Genesee County Land Bank over on Marilyn Avenue, and then open what I’d call ‘Now Houses.’ After I learned of Tiffany’s death, I drove by these houses again. One has a broken window and the jagged glass is actually in the shape of a butterfly. I believe this a sign from God. A butterfly is a sign of new life and hope. It would be a great way to honor Tiffany. This would be a clean, safe and temporary place for an addict to stay while waiting to get into rehab. We need funding, of course, and I’m even willing to serve as the contractor to renovate the houses.”

Not long ago, Jerry Hodges, a former drug dealer, wound up on the doorstep of Eastside Church of the Nazarene. He wondered if God had a sense of humor when he saw Pastor Cox.

“I asked God, ‘What can a country, white girl teach me, and how is she going to change me and help me follow Jesus?’” His answer came through the Pastor’s Sunday messages and in the form of humility. “I pleaded with God to turn me clean [from drugs]and create in me a pure heart,” Hodges says. “That helped me change my life for good. Pastor Cox really is changing the community, one person at a time. I’m thanking Jesus for her willingness to serve on the front lines.” 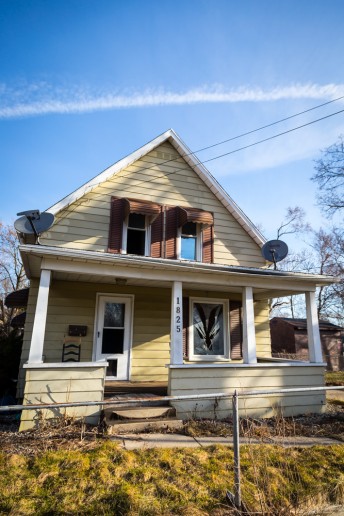 One way she is able to reach those who are struggling is by sharing the story of her own complete devotion and love of Christ. “I was saved at 16,” she recalls. “I had made a deal with my mother that I would attend church in order to be able to go to a party, but I was actually sneaking around to see my boyfriend. The next morning, I went to the Otter Lake Church of the Nazarene, and it changed my life.” So much so that the young woman who had never attended church actually began showing up several days a week.

“When I do something, I’m the kind of person to do it all the way,” she says. “I went from doing everything wrong to finding Christ and doing church all the way. I couldn’t get enough.”

As a young mother raising her own children (Taylor, 20, Tiffany, 17 and Riley, 13), she found strength in belonging to the Richfield MOPS (Mothers of Preschoolers) and then was asked to start a Teen MOPS for young mothers at Flint Schools of Choice – that is where she fell in love with the inner city, the Eastside and its residents, who captured her heart.

Those early ministries then morphed into a staff position at the mission church as director of children/teen ministries, leading Bible study groups, coordinating the summer bike program, securing a children’s reading program, leading events at Waters Edge Campground in Howell, starting Jobs4Life, a program offering employment skills, adding Pastor Matt Jennings as her assistant to help mentor young men, going back to school to pursue her pastoral studies in ministry. In between all of that, she amped up her motherly instincts toward one lost, emotionally and sexually abused 17-year-old named Kayla-Ann: she adopted her. Ironically, she presented her with a butterfly ring as a high school graduation gift.

“Sure, my own mother carried me for nine months, but Tanya Cox is my real mom,” says Kayla-Ann, now 25, and recently discharged from Odyssey House, a drug recovery program in Flint where she received help for a drug and alcohol problem she hid from Cox for years. “She’s the first person I ever opened up to about my abuse,” she adds. “She didn’t brush it off. I’ve put her through a lot of stuff and she stuck by me through it all.” 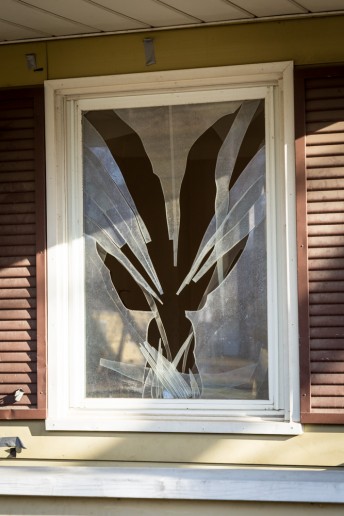 Cox thought her loving attitude, prayers for healing and experience in knowing how to take the first steps toward helping someone get clean were adequate to begin steps toward their transformation. Little did she realize how inadequate she felt when drug addiction hit her own family. “I felt a wave of shock when the issue of addiction came under my own roof,” she admits. “But I knew Kayla-Ann would get clean one way or another with my support.”

“What it boils down to is this,” continues Kayla-Ann. “Pastor Tanya Cox, my mom, shows unconditional love, the same kind that God shows all of us. She lives her life exactly according to how God loves us. She doesn’t see my flaws, or any flaws of the people she works with. She simply loves me and loves them.”

Church volunteer and friend of Cox, Dawn Ramirez, agrees. “Pastor Tanya Cox believes the Eastside can once again be a safe, thriving community filled with healthy families who have something important to contribute to their immediate neighborhood,” says Ramirez. “While Tanya would never consider herself a hero, I know a community of people who would.”
Photography by Eric Dutro