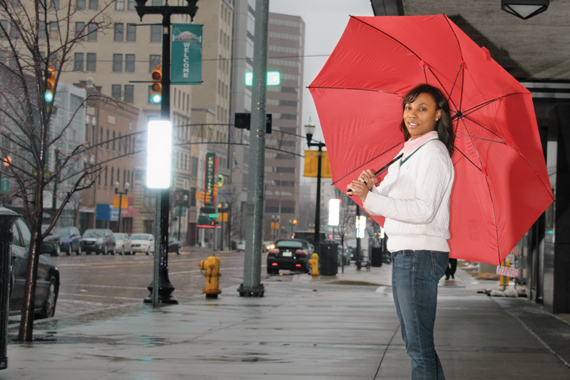 Just ten years ago, to imagine people living, working and enjoying nightlife in Downtown Flint was simply out of the question. The streets and many of the storefronts were deserted, their population having left for other areas of the city and other cities altogether; but lately, the momentum in Flint has been picking up, as we all know well, and My City Magazine has covered this from every angle. Be it colleges and universities, new businesses of the for- and not-for-profit kind, new government entities or faith-based organizations, the concerted effort of these groups has once again brought bustle back to the streets of Downtown.

In each one of the aforementioned fields of education, business, government and religion, there are leaders at the forefront of change, but leaders are a select and small group. What about the masses? There are thousands who turn the cogs of daily life: the everyman who awakes faithfully to work nine-to-five so that everything flows as it should. These people are the ones who truly charge the city with its character. Crystal Demps is one such everywoman, standing as a shining example of the new resident Flint-o-phile.

Raised in Flint and living here to this day, Crystal Demps is a product of Flint Public schools, having attended Scott Elementary, Whittier Junior High School and Central High School. She went on to obtain her Bachelor of Arts in Communications from UM-Flint. She currently works with local television station WSMH FOX 66, and admits that it’s “a little surreal having grown up watching FOX 66 and now working there.” When asked why she chose to attend university in Flint and remain here to work despite having plenty of offers and opportunities to do otherwise, Demps critiqued the common trend of young adults and says she simply chose to do opposite of the norm. “So many people go out, away from Flint to try and do positive things and then come back and duplicate it here,” she said, “but I want to do something good here and have it spread out from Flint. There is plenty of opportunity in Flint, and I laugh when people say that there is nothing here.”

Apart from occupational opportunities, Demps also takes full advantage of the social life available to local residents. She is a member of the Greek Orthodox Church, attending services just outside of town at a congregation in Grand Blanc. She praises the organization in saying that “The Orthodox community in Flint is wonderful” and that all the positive things she could say about them would not do them proper justice. Demps has also worked extensively with Junior League of Flint, a non-profit organization whose aim is the education and support of the women in our community. When she isn’t wearing her work, faith or volunteer hat, she enjoys hanging out with friends at Flint Crepe Company or grabbing a burger at Torch Bar & Grill, since, in her words, “Nobody makes a burger like Torch!”

Although Orthodox by faith, Demps is quite unorthodox in her approach to life. She’s inclined to try things that are outside of her comfort zone, things that are well outside the norm. She relishes being a “cigar girl,” who occasionally enjoys a stogie from Flint’s Sunrise Coast, as well as a relaxing visit to On-Fire Hookah in Flint. She is also a rugby and hockey fan who enjoys golf and tries her best to motivate her friends to take up these sports in Flint. With all the unique activities exclusive to the city, she laments that more people don’t know about them: “There are a lot of amazing things going on in Flint, but it’s as if you don’t hear about them until Art Walk.”

Demps aspires to work independently as a public relations consultant in time. In her spare time, she maintains a blog called Prep and the City on Blogger, the tagline of which reads: “One prep’s everyday misadventures through etiquette and social graces.” She opines on the importance of holding to a standard of etiquette that many will agree is lost on the greater public of Genesee County. Unlike many bloggers, Demps does not simply hurl insults from an ivory tower; she practices what she preaches. Her blog makes for a great read and is filled with moments we all experience in our daily Flint-based lives. This preppy cigar girl is certainly a reflection of the unique intersection of interests that occurs only in those born and bred in Flint. Like many of us learning the new heartbeat of the city, Crystal works hard and has fun, enjoying the wild ride of living in Flint as an archetypal “Downtowner.”

See more photos HERE, or purchase photos from this story by going HERE and selecting the “City Living” category.